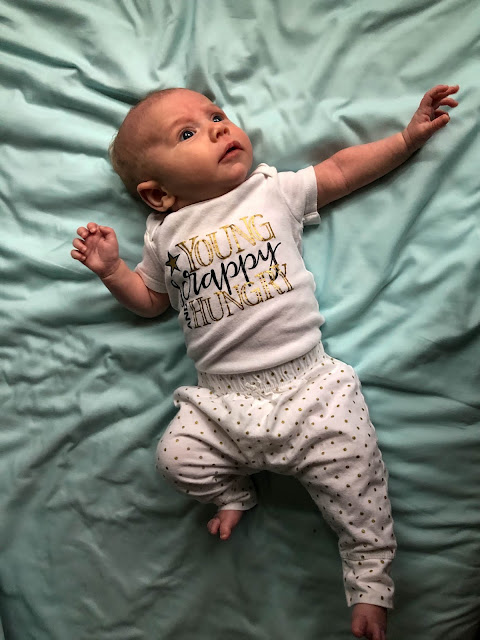 I took these pictures at the very end of December...and am just getting around to posting them now (which is perfectly reasonable, right?). You can see pictures of Alexander from December 2017 here, but I'll post one below as well so we can see how he and Phoebe compare. Phoebe most often reminds me of him and I wonder whether that's because they truly look similar or whether it's because he's the last baby on my mind...? 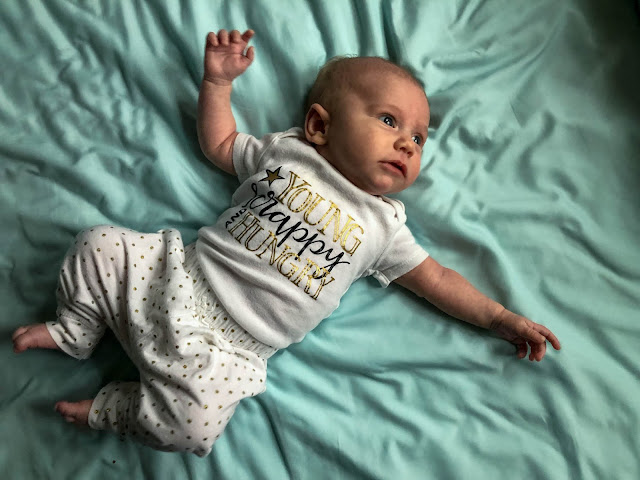 Phoebe never quite ended up in a position similar to on of Alexander's poses (babies are uncooperative that way), but I've seen Phoebe looking rather similar to this... 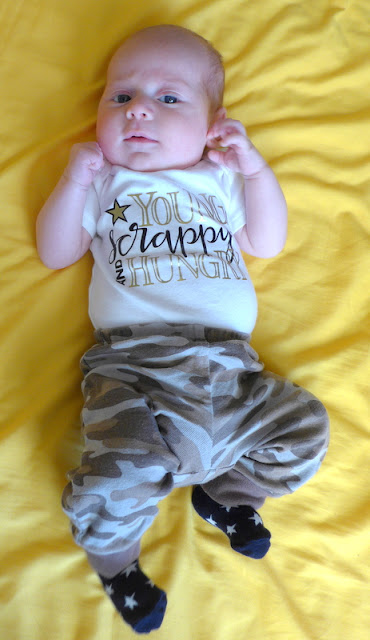 I'm not sure she's quite as chubby as Alexander (you can see his little belly is filling out the onesie while she's still a little string bean), but to be fair he was a solid two months in his pictures, while Phoebe was only six weeks in her pictures (and babies do a lot of growth in those two weeks!): 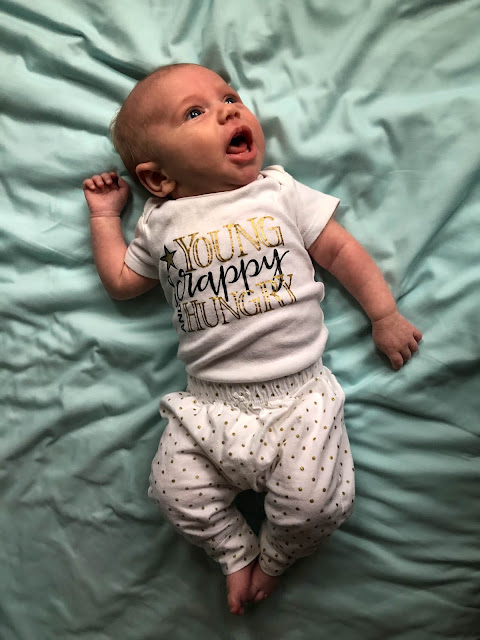 I'll try to put her in this outfit again, now that she's reached two months, so I can take some new pictures (perhaps with some better lighting) and we can really compare the two.
Posted by Nancy at 9:12 PM