Christmas fell on a Friday this year, which meant that we had church in the morning, but only for an hour and at 10:30 instead of 9:30.

Andrew made us get up and open presents before he left for choir practice in spite of my warning of temper tantrums and tears. Rachel had quite the haul of gifts waiting for her under the tree and I knew that parting with any of them would unleash her crazy side.

I was right. But we won’t rub that in Andrew’s face or anything.

Miriam got to open her stocking first. Inside was pretty much nothing—a washcloth (that I put in Andrew’s stocking in 2007 and 2008) and a My Little Pony that the Lewises gave to us before they left. She was still excited about it. As was Rachel, who declared, 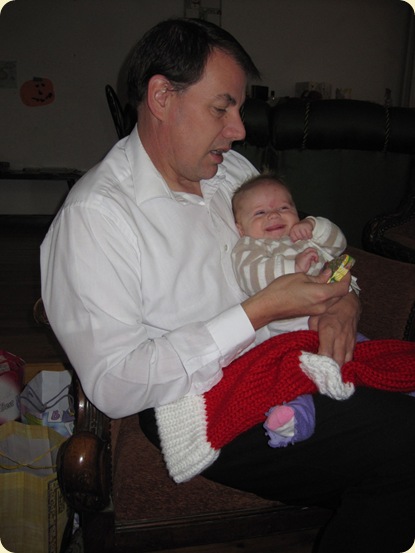 Luckily the Lewises left behind two My Little Ponies and we put one inside Rachel’s stocking as well. 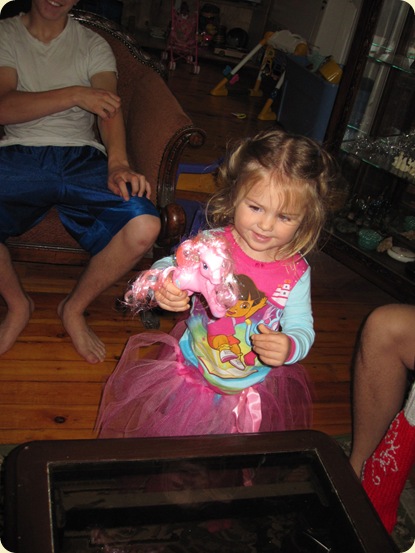 Christmas could have ended then and she would have been thrilled. But there were more presents and all of them were right on target, too. Rachel loved everything.

Some of her favorites were the Cinderella Barbie from Auntie Em, the new baby doll from Grandpa Frank and Grandma Sharon, and the teddy bear from Auntie Katharine.

We had to interrupt present-opening to get ready for church and Rachel just about died.

Then guess who screamed about coming home. Rachel.

“And now for primary!” she sang happily after the closing prayer.

We took a family picture right after walking in the door from coming home from church to avoid any temper tantrums about getting changed, opening presents, or having lunch. 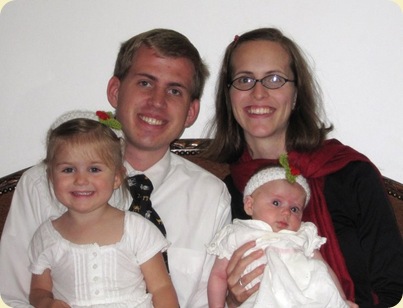 After we had lunch we hopped on the metro and went to Coptic Cairo to visit the Crypt of the Holy family. We thought that would be a fitting way to spend our Christmas afternoon. There are two such places in Coptic Cairo—one in Saint Sergius and another in The Church of the Holy Virgin. We’ve been in Saint Sergius several times but had never been able to locate the entrance to the crypt—we finally found it on Christmas but it is closed to the public so all you see are stairs. We prefer the one in in The Church of the Holy Virgin because you can go down into the crypt itself. 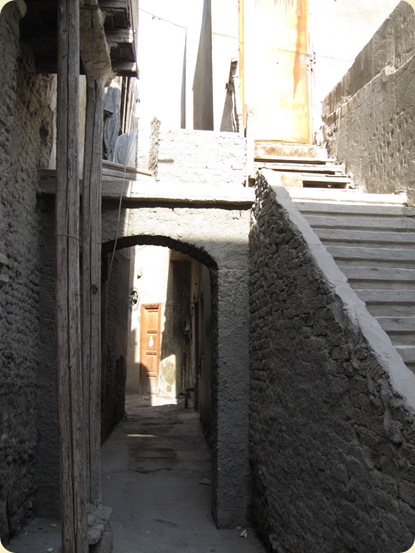 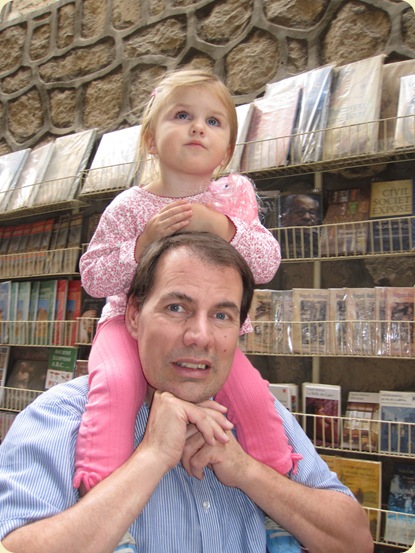 It was nice to have a quiet walk around the graveyard and chapels of Coptic Cairo. It is so strange to think that the Savior came through here—although his route through Egypt is based on oral traditions, it is likely that he stopped by some of these places. The pyramids are 4000 years old so he likely saw those. 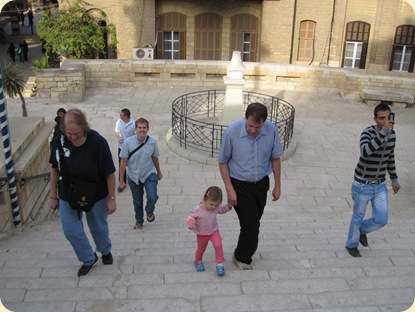 It was nice to be reminded of his birth, life, ministry, death, atonement, and resurrection—the real reason for the season. 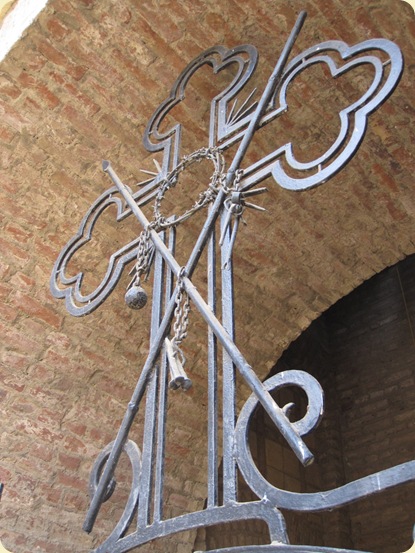 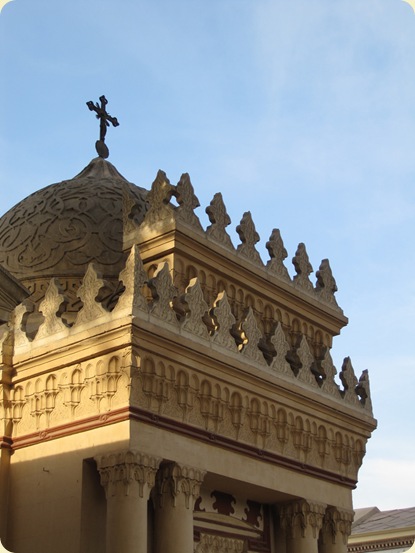 Also, my friend Maria gave us a Christmas ham! Karen cooked a lovely ham dinner for us when we got home.