My friend Jill’s in-laws arrived in Egypt the same day that Reid and Jacob arrived. We flew down to Luxor on the same flight that they did and bumped into them at almost every tourist destination down there. We had talked about setting up some tours together but it just didn’t happen. Finally on Boxing Day we had Andrew take everyone on a little tour of Islamic Cairo. 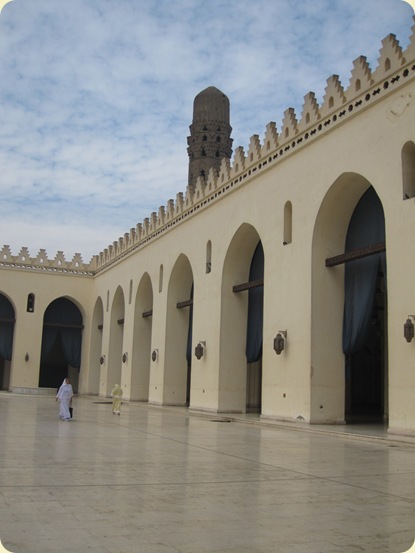 We first stopped at the al-Hakim (al-Jame ul-Anwar) mosque. It’s majestically beautiful, thanks to the hard work of the Bohra and Dr. Burhanuddin, an Indian man who oversaw the restoration project. We often see foreign Muslims there—Pakistanis, Saudis, Indonesians—so it’s become more of a touristy mosque. 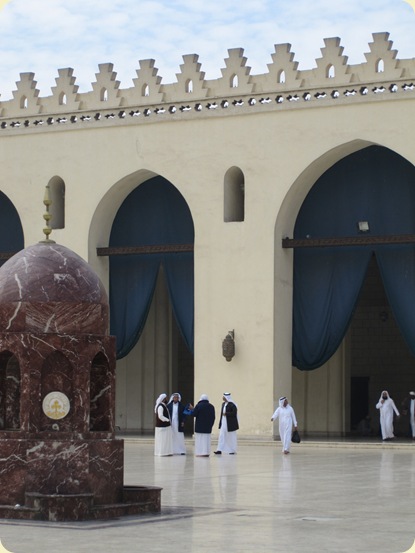 It’s had a lot of different roles through its existence: as a prison, a school, a fortress, and a place of worship. It also acts as a wonderful traffic-free place for little people to run around in! The kids had a blast chasing each other around the central courtyard. 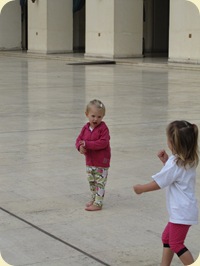 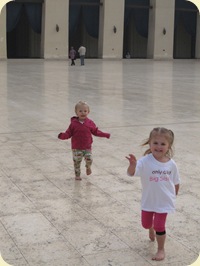 Wandering down al-Mu’zz Street is (almost) always a pleasant experience. Cars are few, architecture is stunning, and since it isn’t quite yet the Khan vendors aren’t pushy. 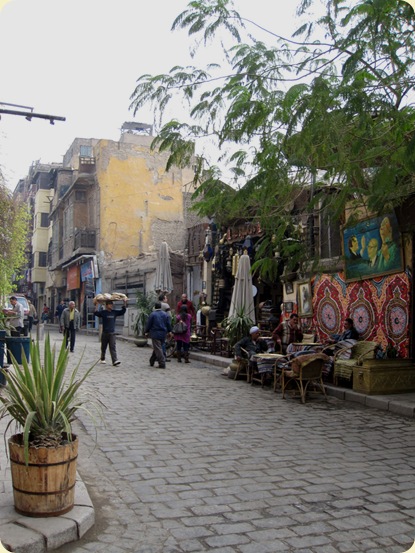 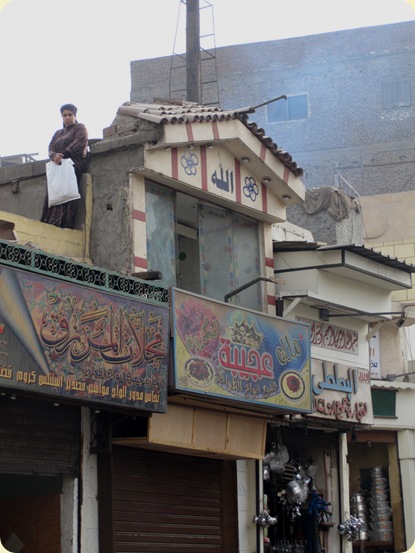 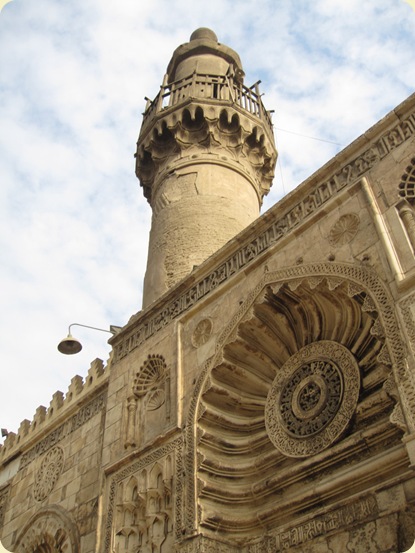 We also stopped to admire the famous sabil-kuttab of Katkhuda, a public water fountain on the bottom floor and a public elementary school on the top. It’s considered the treasure of Ottoman architecture and is really quite stunning when you stumble upon it while walking up towards Bab al-Futuh. It sits squarely in the middle of the street and is quite impossible to miss. 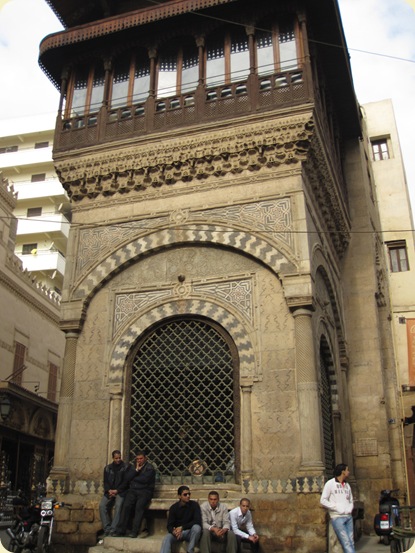 Near the  sabil kuttab are the stunning minarets of the Qalawun complex. We’ve never been able to weasel our way in there but hopefully one day we’ll be able to. While we were standing around taking pictures, Rachel and Uncle Jacob were dancing and playing around. Rachel has a love-hate relationship with Uncle Jacob and can never decide if she really likes him or not. When she loves, him though she really loves him! 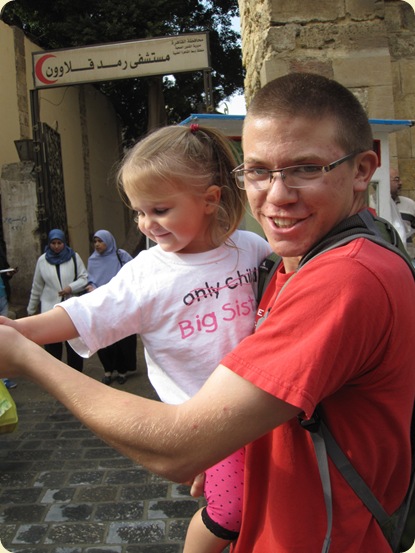 We made our way through the Khan toward Bab Zuwayla and the mosque of al-Mu’ayyad, crossing over al-Azhar Street. 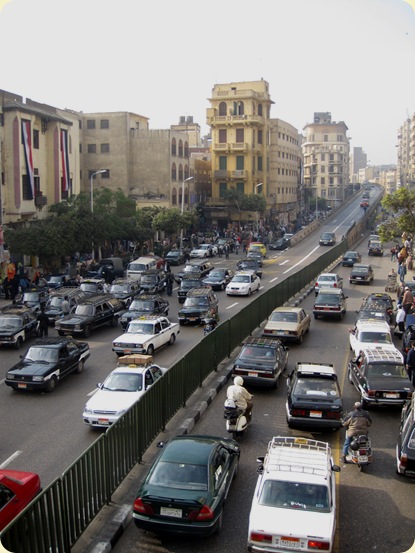 Once on the opposite side of al-Azhar street, things get a lot more local and a lot less toursity. 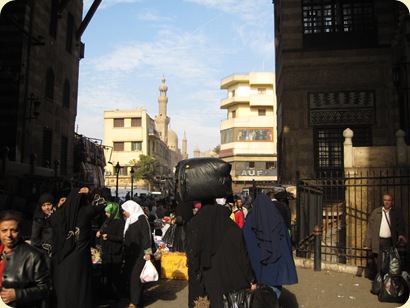 The mosque of al-Mu’ayyad was built by the Sultan al-Mu’ayyad in place of a prison where, according to al-Maqrizi, he was incarcerated in while still an emir for plotting court intrigues. He suffered such indecencies in prison that he swore he would replace the prison with a mosque after he because sultan. So he did. 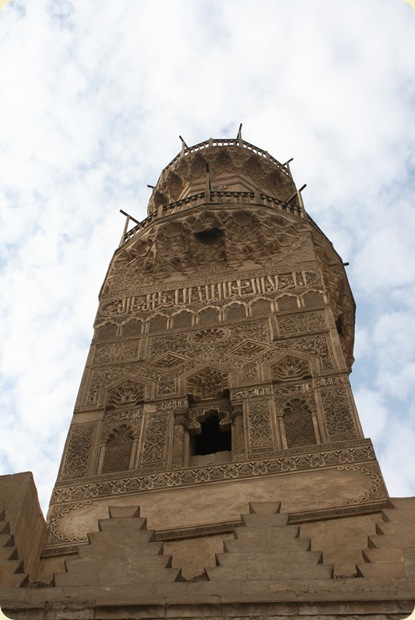 For a small fee you can climb up the minarets of al-Mu’ayyad. Jacob went all the way up to the top gallery, while everyone else went to only the first or second gallery. I stayed down on the roof with Karen and fed Miriam while everyone went up. We enjoyed the view from the roof of the surrounding slums, a sharp contrast to the rich construction of the mosque. 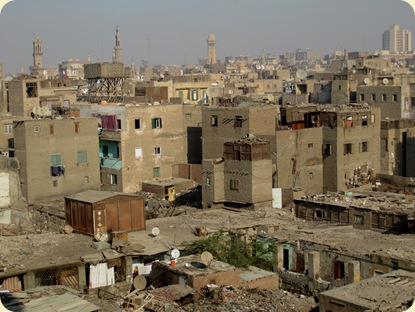 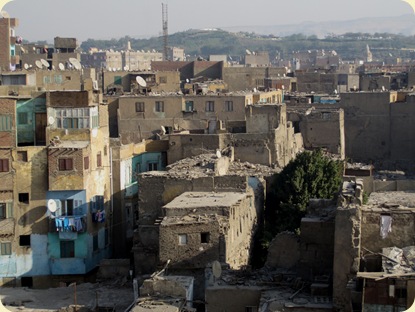 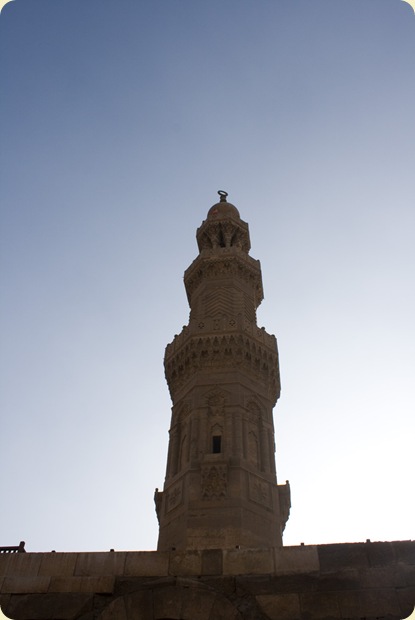 When everyone came down from the minaret the Smith family bid us farewell. Their kids had had it. I was still nursing Miriam and debating whether or not I wanted to hold everyone behind to go up into the minaret, myself.

Rachel decided that she also wanted to go up again (right then!) and threw a most interesting fit. We told her she was most welcome to go up the narrow, winding, dark stairs all by herself so she went inside, determined to climb up by herself until she was reminded of how dark and scary the stairs were. Then she threw another fit about needing someone to come inside to rescue her.

In the end Uncle Jacob ended up carrying her up to the first gallery, while I held the flashlight. I didn’t want to go up any higher because eventually the windy stone stairs turn into a windy steel ladder and I didn’t want to climb up that. 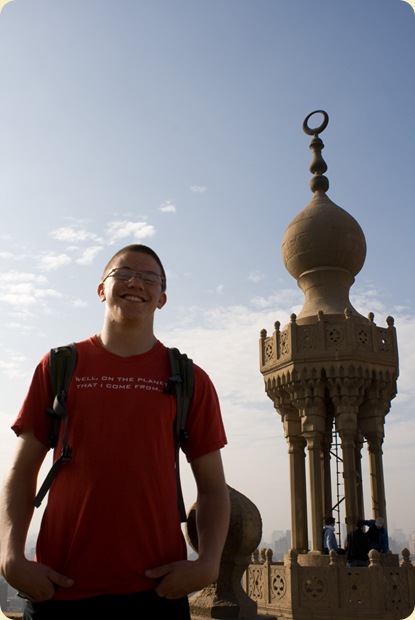 Our last stop was at Fishawy Cafe, a famous local drink bar that serves tea, sheesha, and fresh fruit juices.

I guess we’re just not sit-around-and-drink kind of people because Fishawy’s has been serving locals and tourists for a couple of centuries now. We didn’t really find it to be anything all that special. Grandpa, Uncle Jacob, Andrew and I each got a glass of pomegranate juice. Grandma got lemon juice. It was good, but not great.

By this time, Rachel was begging to have a nap, which is really weird for her.

“I just want my own bed!” she kept saying.

So Grandma and I taxied home while Andrew took Uncle Jacob and Grandpa to visit al-Azhar mosque.

True to her word Rachel fell asleep promptly after arriving home. And I don’t blame her—it was a six hour tour! There is so much history in old Cairo; what we accomplished today was merely a drop in the bucket.