Let me say again how weird this weather has been. It's been weird. Very weird.
It rained today. And it's Boxing Day.
Not that I'm complaining.
Andrew took Rachel outside on Wednesday to play with the snow we got on Monday/Tuesday. It was more like slush than snow when they got out in it but they played until they were soaking wet and chilled to the bone, even though it was warm enough to be melting the snow faster than you can say "Jack Robinson."
The snow was so heavy that when they were making their snowman they broke the board they were using as a ramp to get the second snowball onto the first. It just snapped right in two. They still managed to get a decent-sized snowman built, though the snow was so compact after they rolled it that Andrew had to hammer the carrot nose in with a baseball bat. 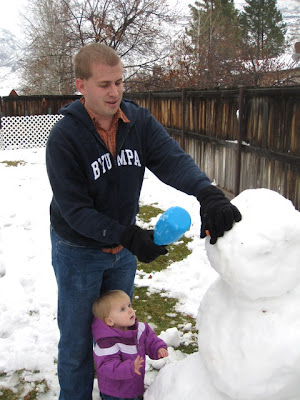 Their snowman ended up being a decent size and they also managed to build a snow fort complete with a door, table, chair, and hamburger "that you can really eat because it isn't just pretend—it's snow!" (Little people get really excited about funny things). Rachel made sure to share her hamburger with Miriam. 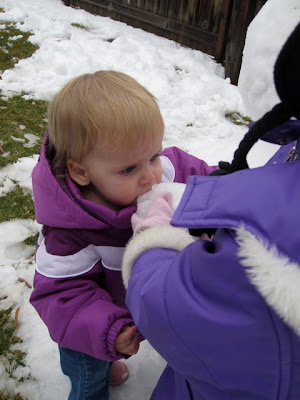 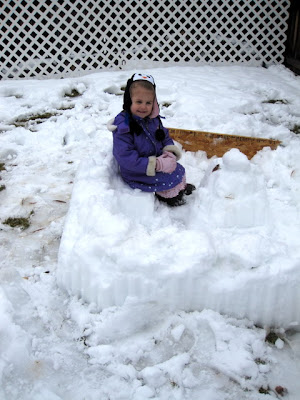 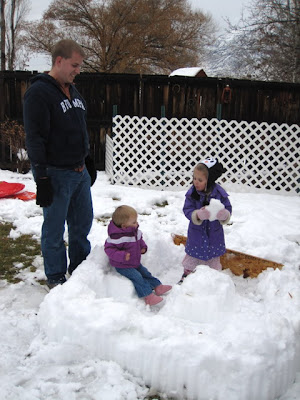 Miriam did a lot better with this snowman than she did with the last one, although she still wasn't too sure about the snow. We probably should have put gloves on her but she was seriously out in the snow for about five minutes because Mommy was too wimpy and didn't want to play in the snow. I will do sand. But snow? No thanks. 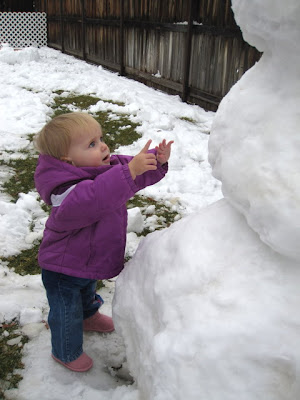 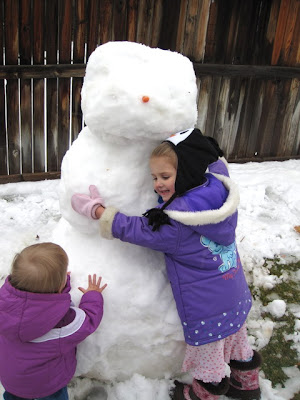 That's why we're so glad Daddy is home for the holidays. He makes playing in the snow so much fun for everyone. Fun for Rachel because she gets to play with Daddy and fun for Mommy because she doesn't have to venture into the cold at all! 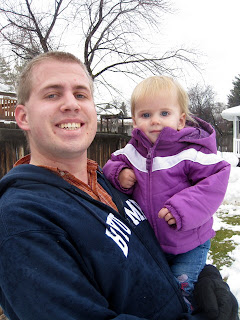