Contrary to how dreary the sky looks it's actually quite warm out. It snowed quite a bit on Monday evening and was a little chilly yesterday. Today, however, we were back up to the fifties and tomorrow we're creeping into the sixties. I couldn't be happier. Surviving the winter and making it to spring—while retaining my sanity—is a real feat for me. I was made for sunshine and sunshine was made for me. Being cooped up all winter long really cramps my style.
We went to the park this afternoon and played for a long time. For a while we were the only ones there but then kids from around the neighbourhood started joining us. At one point we had five girls (and one boy) taking up all the swings and there were other children sliding, digging, and climbing. I haven't seen a park so well-utilized in a long time.
After a winter-long hiatus, Miriam rediscovered sand. Apparently she hasn't lost her taste for it because one of the first things she did was shove a handful into her eager little mouth. I chastised her and emphasized how terribly yucky sand is and she seemed to get my message. 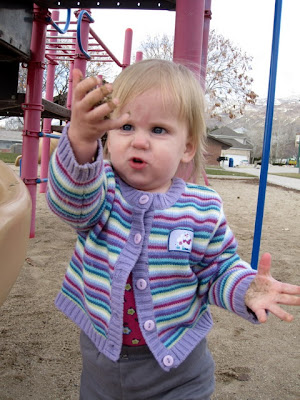 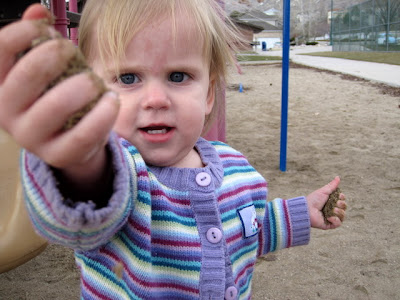 However, Rachel asked me to play boat with her so I went up onto the play structure so that I could steer the ship to wherever it was we needed to jump into the water, which meant that Miriam was left to her own devices on the ground. 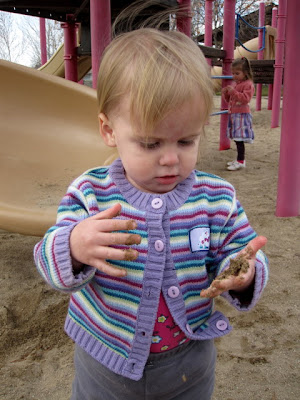 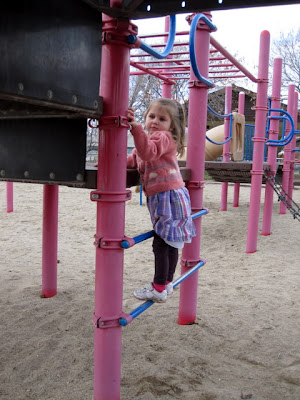 While I was steering the ship Miriam started eating sand again.
This is the face she gave me right after I said, "Hey! I can still see you, Miriam!" 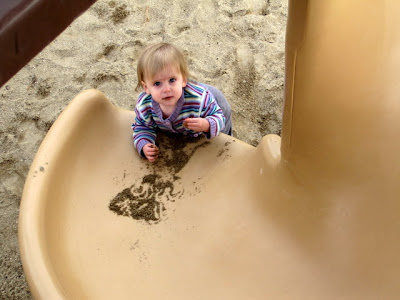 Sequestering Miriam in the baby swing was really the only way to keep her from the dirt. 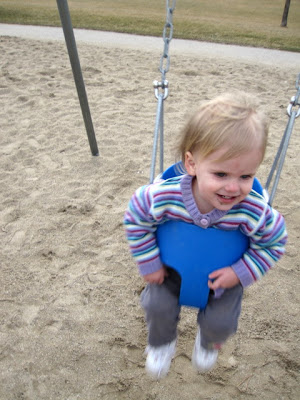 By the end of our time at the playground she was filthy. 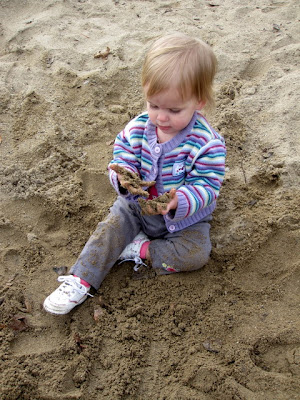 If they were giving out awards at the playground that day, I'm sure Miriam's certificate would have pronounced her the Hobo Baby of the day. She looks like a homeless child. 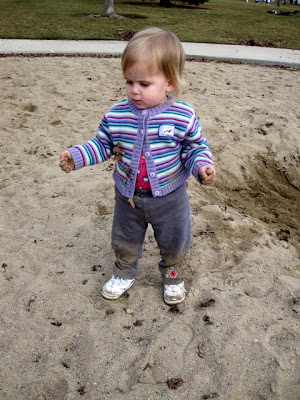