After the baby shower we rushed home to get ready to leave for the annual Duggar family reunion. Fortunately, Reid and Karen had brought home a bunch of sandwiches from their BYU party the night before and we had brought home a bunch of pre-cut fruit from the baby shower that morning. Throwing together a picnic lunch was a cinch! We were still hopelessly late to the reunion but it was only just getting started when we arrived.

We mostly just chatted and ate and gave family updates before we started a karaoke party. 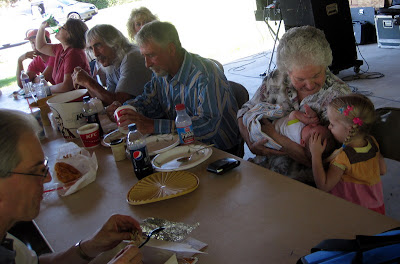 We had a pretty good turn out, though not as good as previous years. I was really hoping some of my first cousins would have come so that I could've said goodbye. It was kind of a spur-of-the-moment reunion. I only found out about it the weekend before from a passing remark my sister made...and got the details later in the week. I'm glad we went to represent Grandma's side of the family! 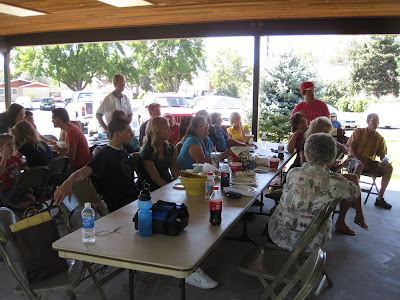 She was glad we went so that she could hold Benjamin again before we left! 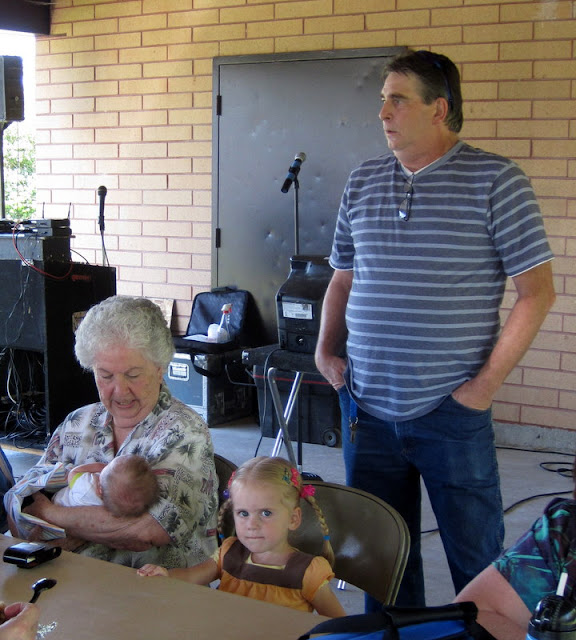 We truthfully didn't hang around for very long. We had just done the whole baby shower thing in the morning and we had to get back home to have a packing marathon. Still, we did get to visit with a few people and the girls and I went up to sing Somewhere Over the Rainbow together, which was fun.

There were no other little kids at the reunion, which I thought would be super boring for my girls but they actually entertained themselves fairly well. There was a bird's nest up in the roof of the pavilion, which helped because the mother bird kept bringing worms and other treats to her babies. Andrew put Rachel on his shoulders at one point so that she could look into the nest. 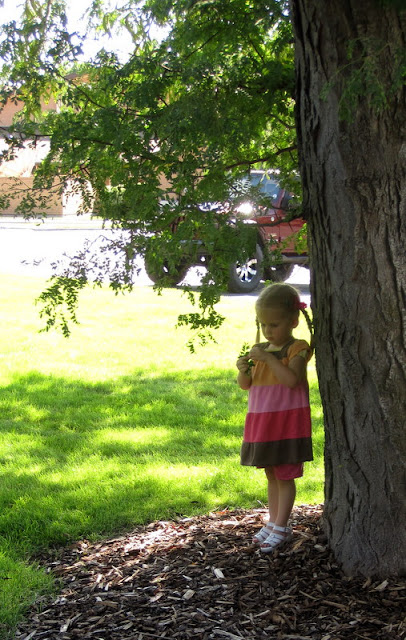 Miriam entertained herself by collecting wood chips and leaves and gifting them to people. Everyone kept walking back to the tree to chuck their gifts back under its canopy. She never noticed.

By the time we were ready to go home Miriam was so tired that she popped her thumb in her mouth and held her ear while she swayed to the karaoke music. She fell asleep in the van on the way home and stayed asleep when Andrew carried her into the house--that hasn't happened in ages. I suppose that's what happens when you throw bedtime and nap time out the window, as we did the whole month of August. 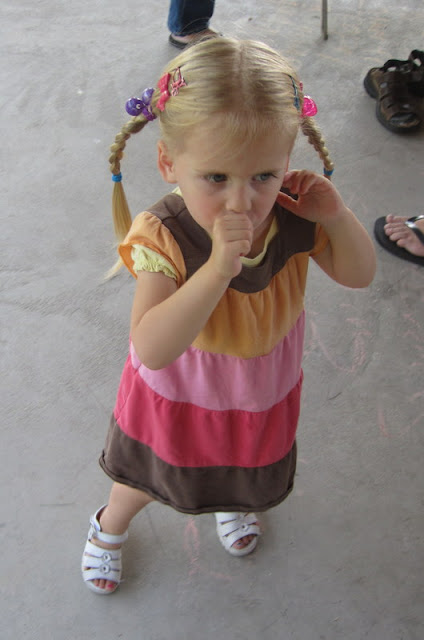 Anyway, she was having a hard time staying on her feet and Benjamin was tired out and Rachel was bored and we had to keep packing, so we loaded up and said our goodbyes. 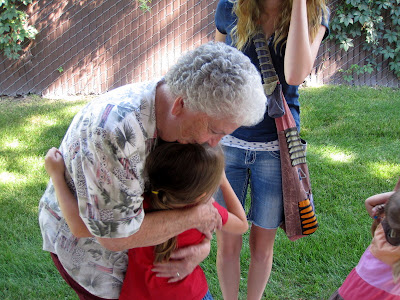 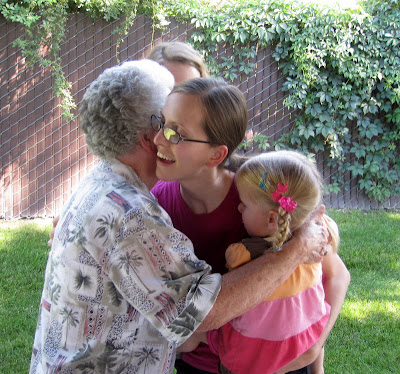 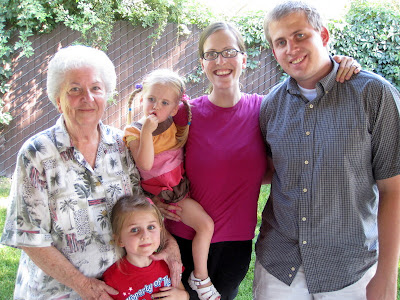 We probably won't be here for the next few Duggar reunions, which will be sad. But I'm excited to move to the South! My grandma grew up in Florida and has some great stories about her childhood (my siblings and I interviewed her a couple of Sundays ago; Andrew has the audio with him in North Carolina though) that I'll have to share sometime. My grandma's hometown, Hosford, is only 11 hours away from Durham--I'd love to go there except that I only have friends in Tampa and Orlando so I don't know what we'd do in Hosford, which is kind of off the beaten path. But it's close to Tallahassee and there's got to be something neat to do in Tallahassee, right?
Posted by Nancy at 11:22 PM