Andrew fell asleep at his desk yesterday. He was reading a boring article. Apparently it was very boring. 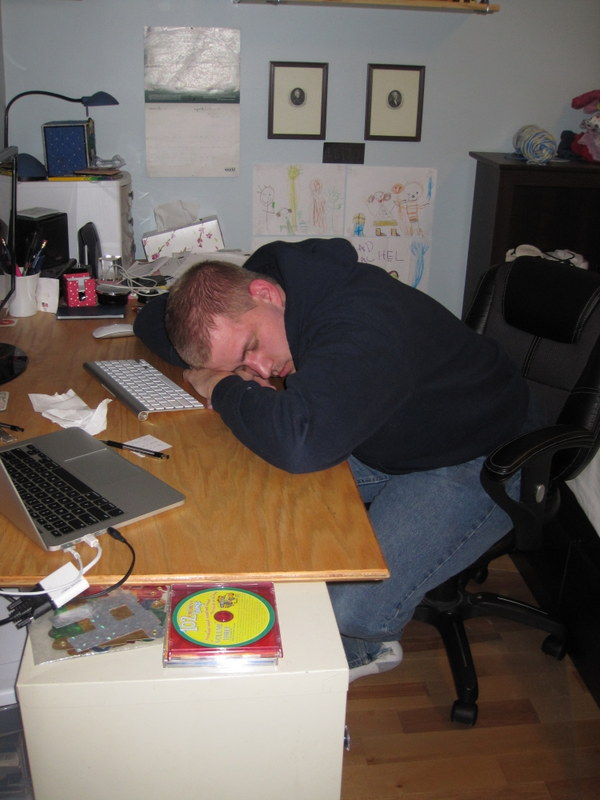 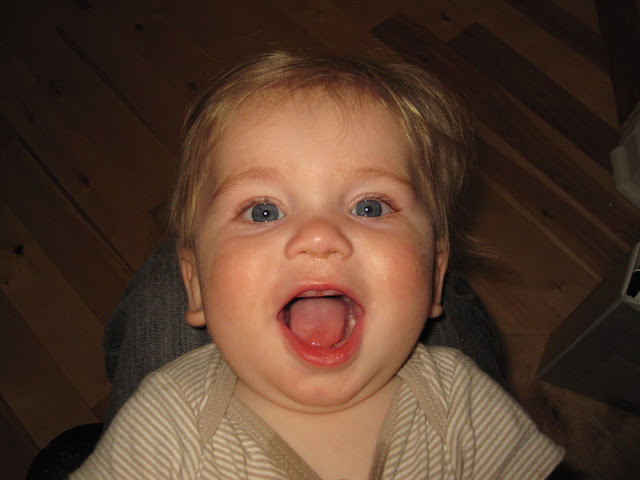 They've just broken through in the past couple of days. His gums are still pretty raw, poor boy.

It's funny to look in his mouth and see such big teeth in there. Rachel has the same size of teeth and hers look so tiny! I suppose that has to do with variation in their head sizes. Rachel's head is much bigger than Benjamin but she still has all her deciduous teeth (and she's anxiously awaiting the autumn of her babyhood (one of her friends at church just lost her first tooth today and Rachel's beyond jealous)). 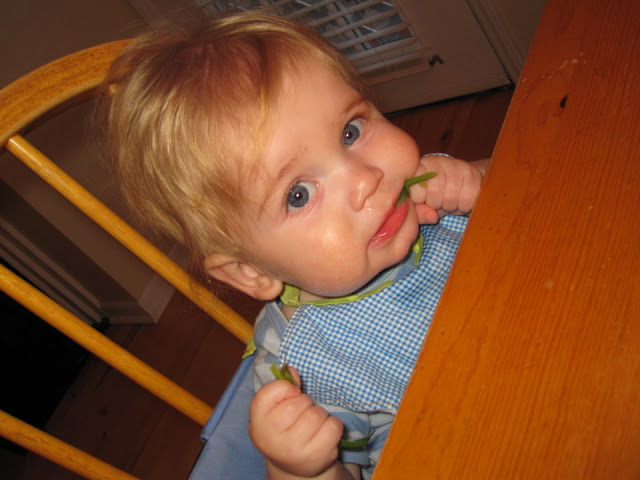 He loves them any way he can get them, from mashed to whole (and anywhere in between).
Posted by Nancy at 10:47 PM