Ever since mid-October our house has been littered with turkeys. Rachel had remembered from Thanksgivings previous about that little turkey craft, the one where you trace your hand and turn it into a turkey. She taught this craft to Miriam who has been turning them out non-stop since.

Here's one she drew for me just the other day: 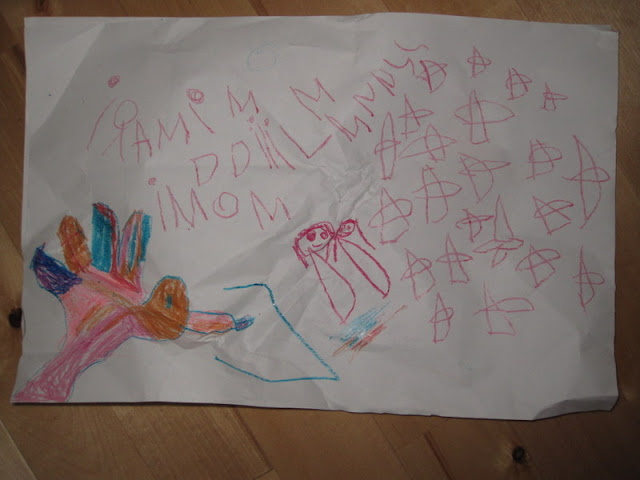 And here's another one I found on my desk: 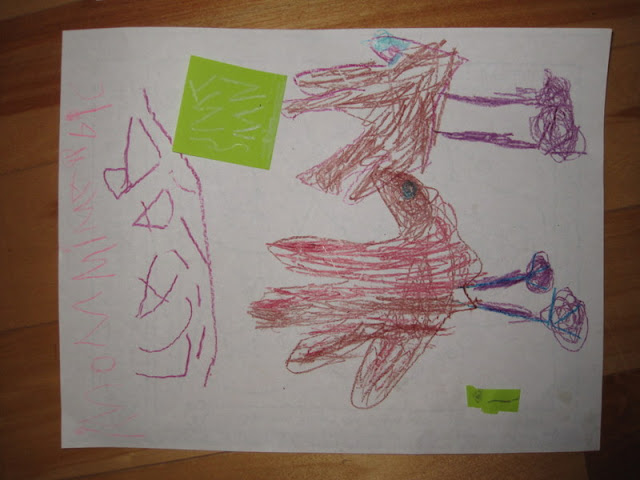 There are seriously handprint turkeys all over our house all the time, so yesterday I was surprised to find Miriam drawing this picture: 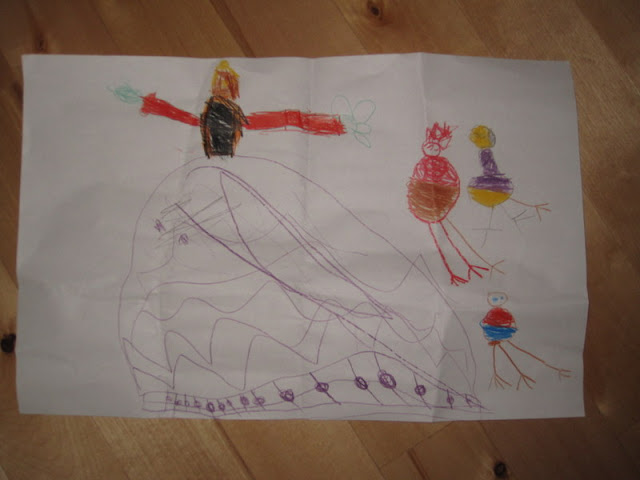 It's a person, obviously, with some turkeys, but not just any turkeys. These are the first free-hand (and hand-free) turkeys Miriam has ever drawn and I love so much about them (not the least of which is that they're tripods)!

Here's a picture that Miriam drew for Rachel, of a gingerbread in a starry sky, with a galaxy in the upper-left corner: 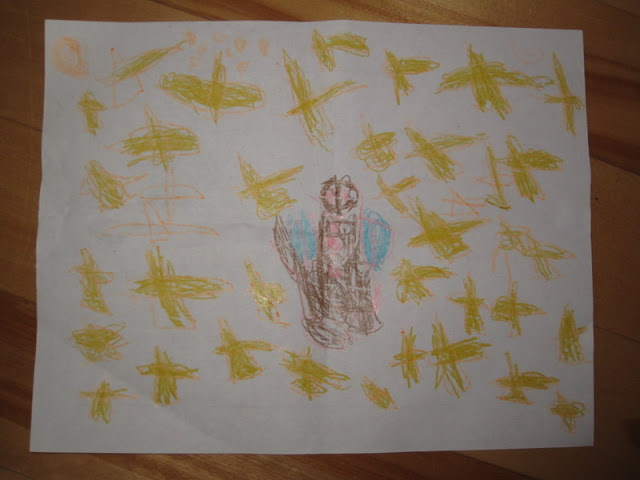 After I prompted her to tell me about her picture, Miriam had this to say:

"It's a gingerbread man in space. And there's a lot of stars and all of the planets."

She paused while she pointed to each circle (in the top left) and had me name each of the planets in turn.

I'm not sure how she knew I got them all, but there are eight circles there and eight planets but I think that was just a fluke. I probably could have said Naboo or Alderaan or Sha Ka Ree and she wouldn't have known the difference. What was funny was what she said next.

"And there's something difficult that you can't understand. See that swirly thing? You will never understand that. What's it called again?"

"A galaxy?" I asked (my girls love to draw swirly galaxies—Rachel's favourite galaxy is a pink spiral one (like this one)).

"Yeah," said Miriam with finality. "That's a galaxy and you will never understand it. Ever."

Oh, I have one more picture of Miriam's but I forgot to rotate it. Anyway...it's a picture of Andrew and I getting married (in the middle) with her and Rachel watching (far...uh...top) and Grandma and Grandpa are there, too (at the bottom). I'm not sure why she and Rachel are at our wedding, but that's okay! 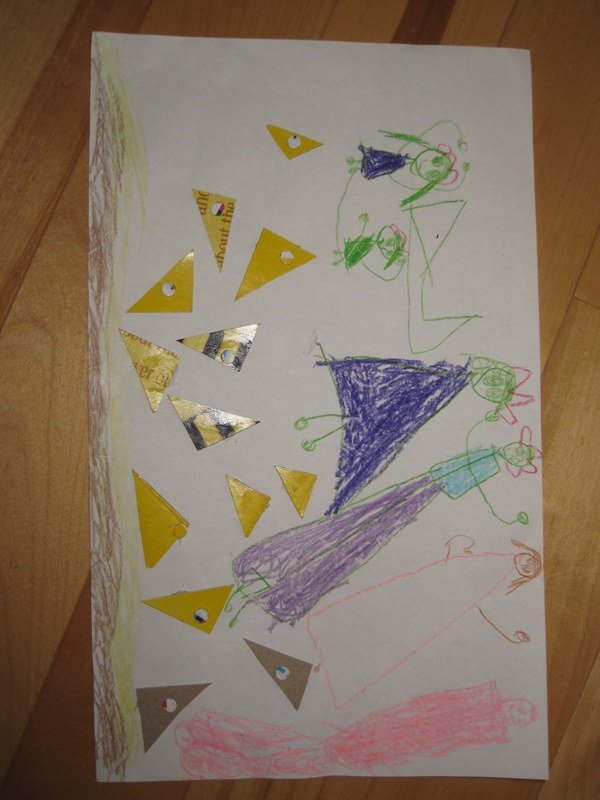 And here's the artist, herself (just in case anyone wanted to see her smile): 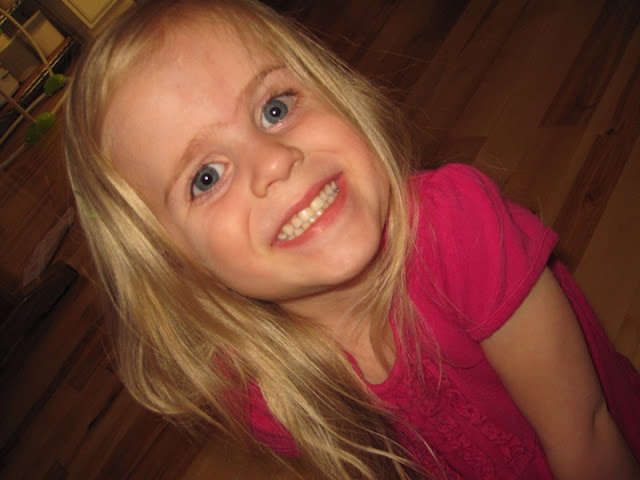