So now we eat graham crackers

Miriam had gotten some graham crackers out to munch on while I was hanging up the laundry (a bit of a gamble today, considering the stormy clouds on the horizon) and while Benjamin was supposed to be napping. By the time I'd finished hanging up the laundry there were cracker crumbs all over the table and Benjamin was wide awake and playing in his crib (I had almost hoped he'd fallen back asleep because he had been screaming minutes earlier, but no—he'd just found something entertaining to do).

I got Benjamin up and put him in his seat at the table while I made some official lunch for me and Miriam.

Next thing I know, Miriam's shrieking with joy.

"Did you give him a graham cracker?" I asked.

She creatively denied this charge (since she knows it's against the rule to give Benjamin anything to eat). "I didn't give him a cracker!" she insisted. "I just put it in front of him and now he's eating it!"

So in other words...you gave him a cracker. Oh, well. It was bound to happen sooner or later. And he loved it. He loved it so much that I gave him a second one. And I took five million pictures of him (to make up for the guilt of only taking one picture of him at the Easter egg hunt, perhaps). You get seven of them, which is probably six too many... 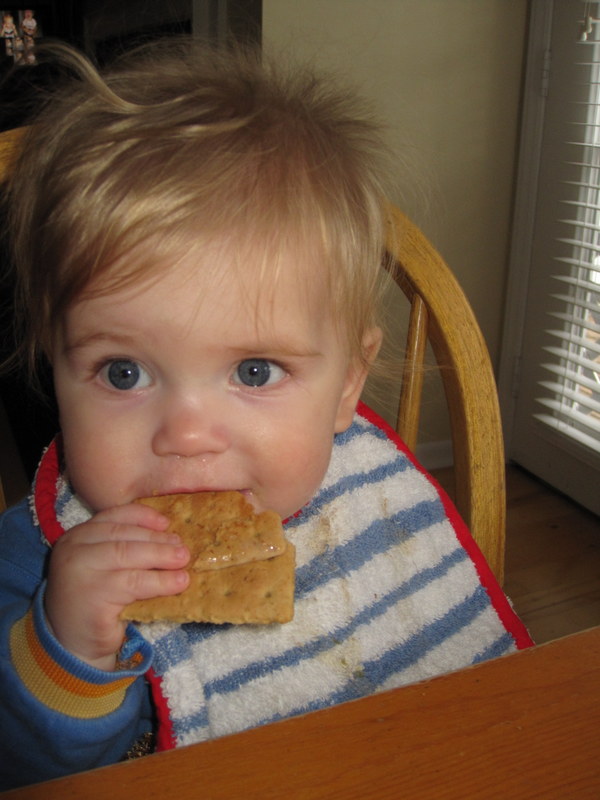 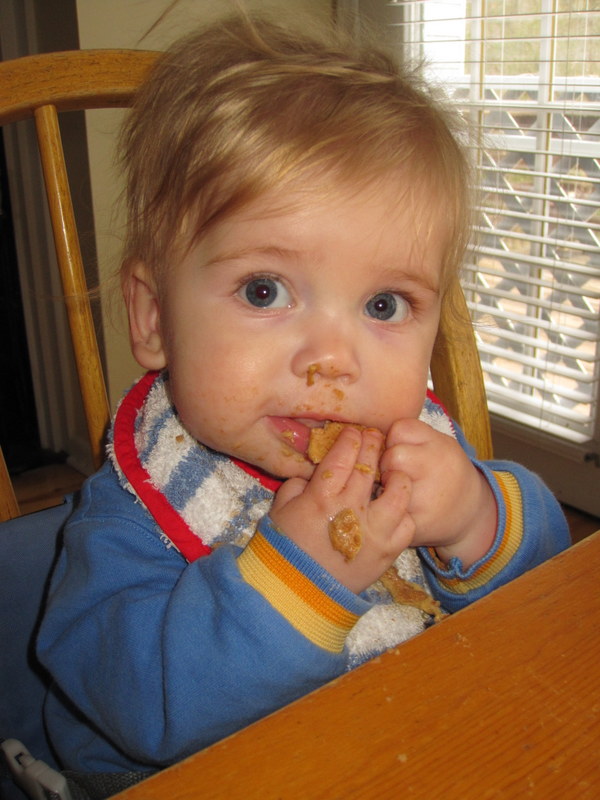 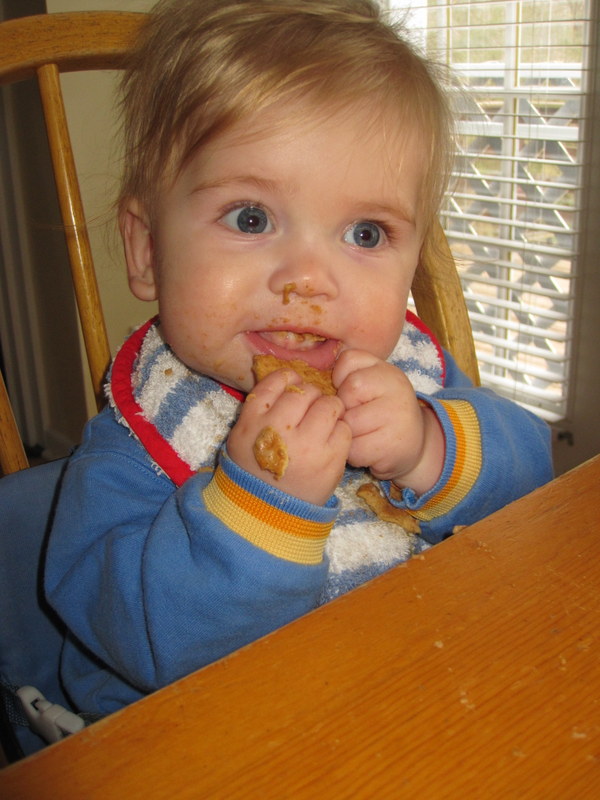 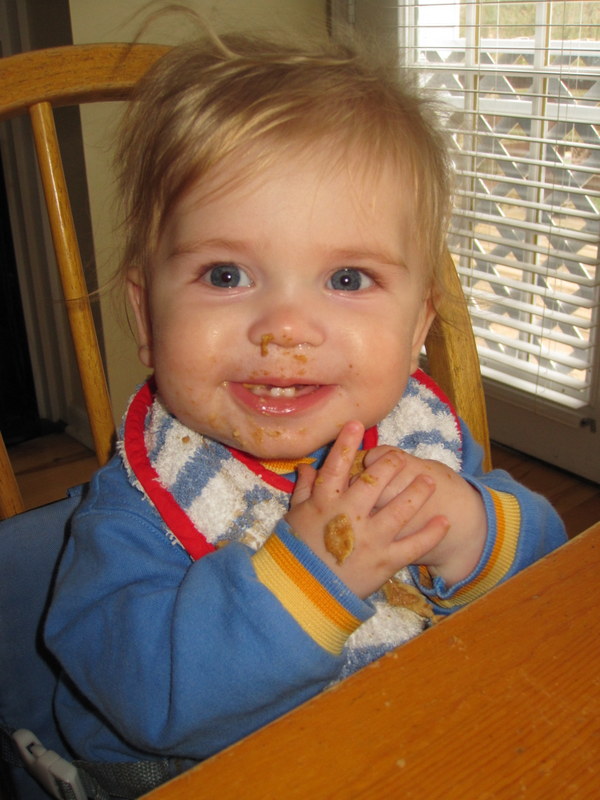 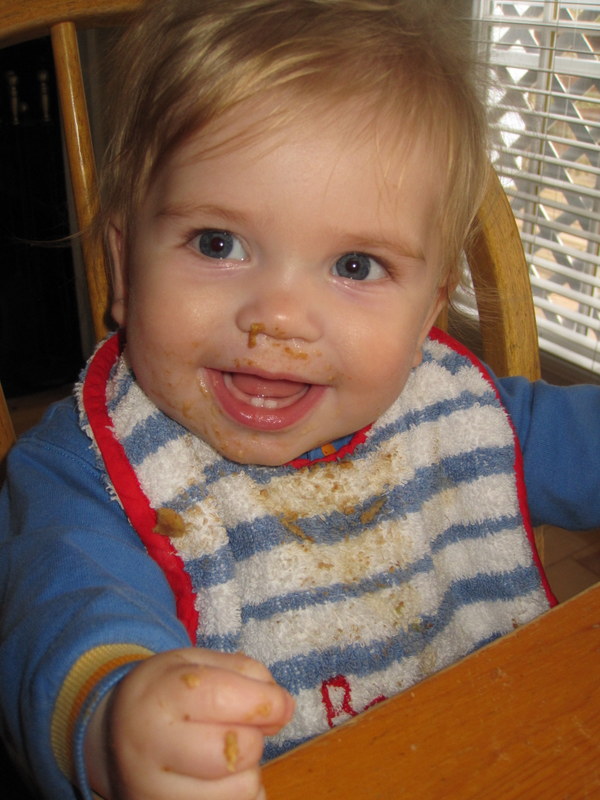 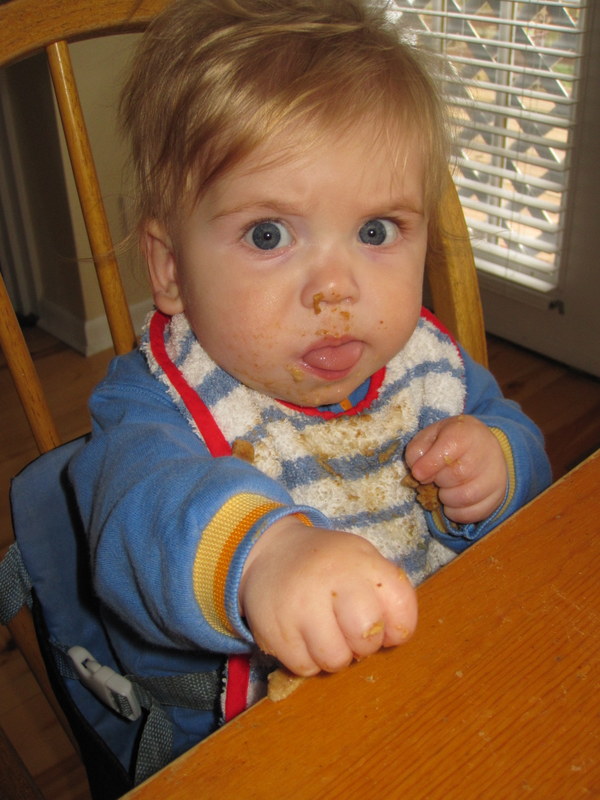 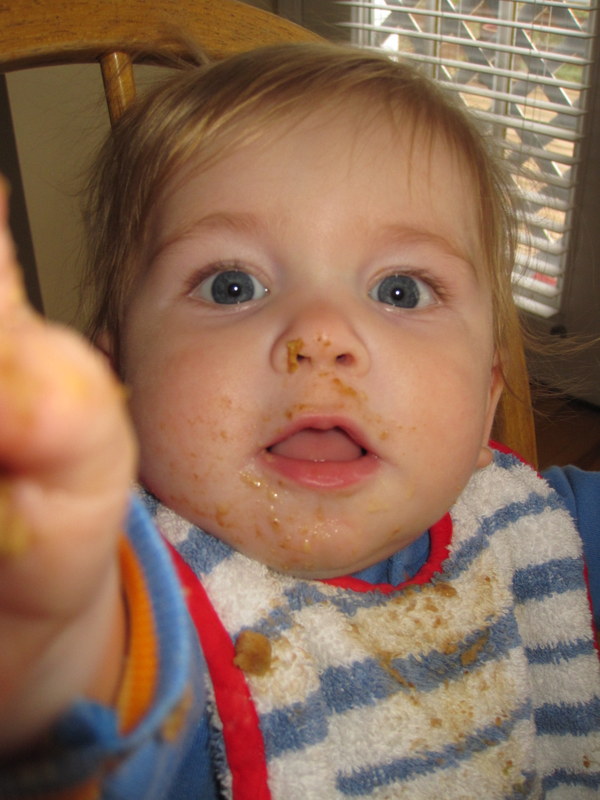 Miriam is often making executive decisions about Benjamin's life. Just this morning she decided he could talk after he said, "Hub!"

Much to her disappointment, he did not say very much else.

Later when we were having breakfast together (hours after I'd already had breakfast with Rachel) Miriam stole a spoonful of Cheerios out of my bowl, right under my nose. She just dipped her spoon in while my spoon was on the way to my mouth, the little stinker!

I offered Benjamin some dry Cheerios since he was just hanging around.

"Here ya go, Benja-boy! Do you want a little, round circle of whole-oaty goodness?"

He eagerly stuck out his tongue, panting with excitement because...Cheerios!

These two sure keep things happening around here while Rachel's gone!
Posted by Nancy at 3:04 PM