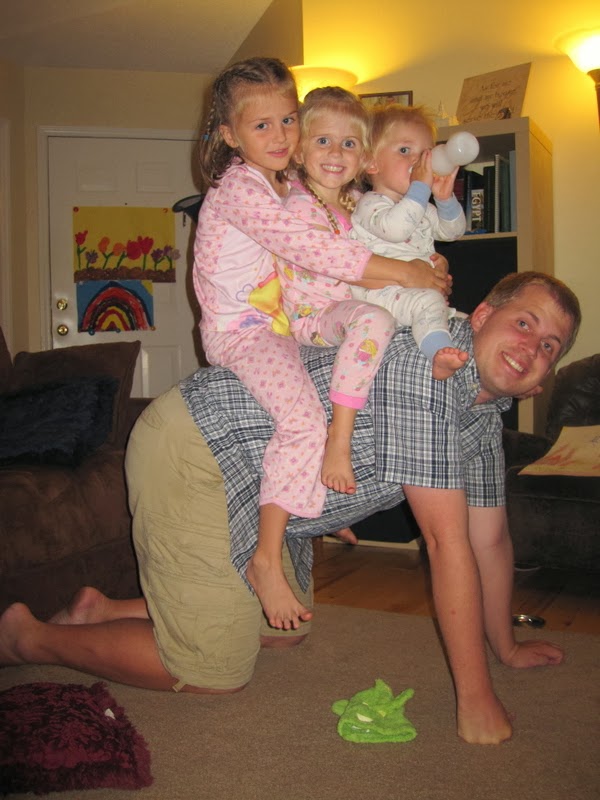 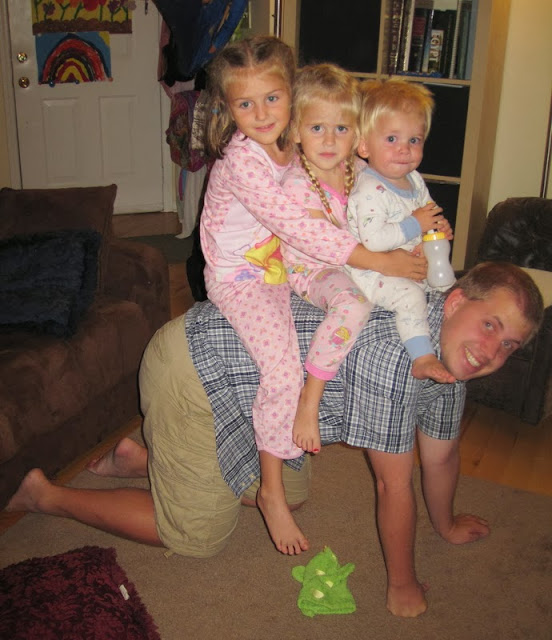 Daddy gave them a little romp around the living room before dumping them onto the couch. 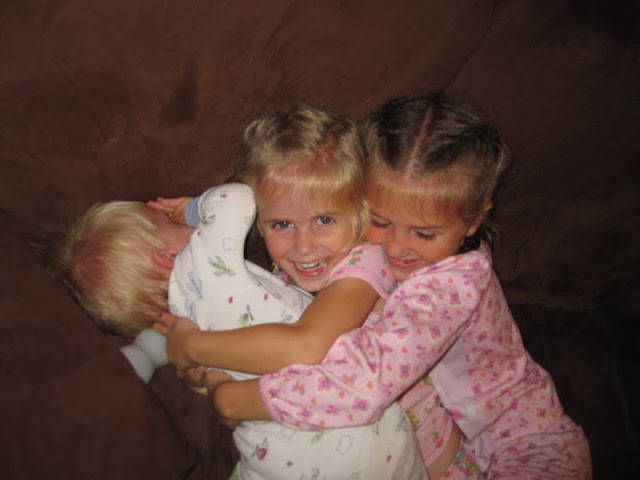 Benjamin went to bed with relative ease and I was just about to count my lucky stars when he woke up screaming. I groaned a little, took a deep breath, and looked at the clock so I could give him a few minutes to calm down and put himself back to sleep. Unfortunately he kept getting more and more worked up so I went into his room to see what was the matter.

I found him huddled in one corner of his crib, howling.

He pointed an accusatory finger at the opposite corner of his crib where a heinous creature was lurking: a blanket!

I had covered him up after he fell asleep because the night before he'd woken up feeling cold. But apparently he doesn't remember ever having a blanket in his crib before because it was terrifying him. I debated tonight between wrapping him up in a light nursing cloth (which he should be fairly used to) or getting out some footie jammies and footie jammies won. Hopefully he'll sleep a little better tonight because I could use a good night's rest!

Last night I mostly just did this (namely: put the baby to sleep) over and over again. He never quite recovered from his first fright of the night. 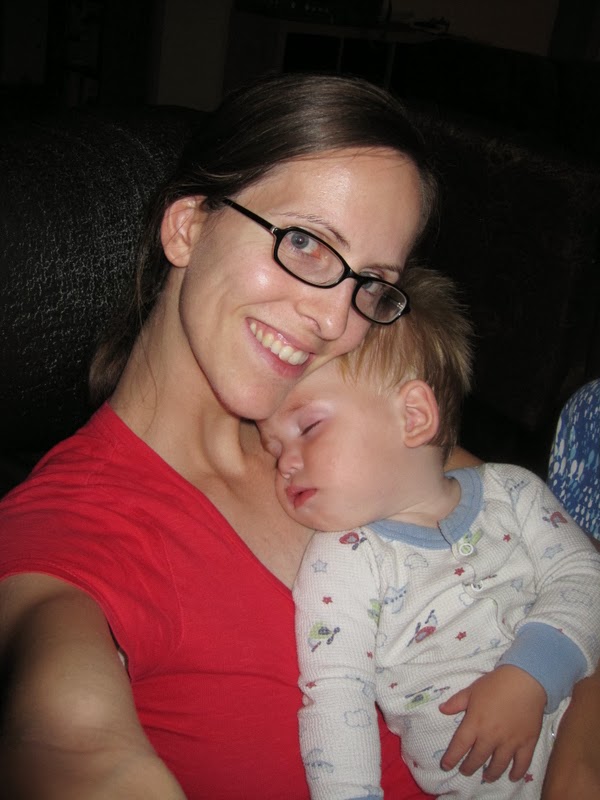