Feeding a family is exhausting.

You have to go grocery shopping. Alternatively you can grow your own food. Both are a lot of work.

You have to think of what to make.

You have to actually make the meal.

And then you have to clean up.

And by the time you clean up it's nearly time to start the process all over again (minus the grocery shopping and planning, but cooking and cleaning are monumental tasks alone).

I'm so lucky to have Andrew, who cooks as often as he can and who does most of the grocery shopping, because I find feeding people really overwhelming. Especially little people.

Why do they want to eat all the time? And why are they so messy?

Benjamin is an especially messy eater right now, which means that clean up can be especially grueling. Andrew threw him in the tub after dinner tonight while the girls and I skyped with my parents because Benjamin was that messy. Black bean burritos will do that to you. 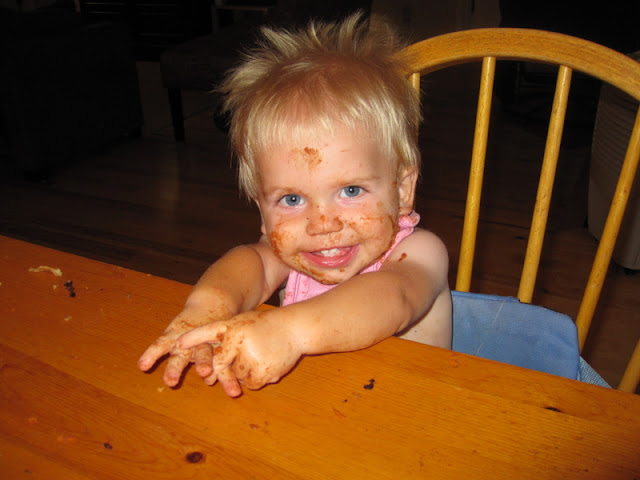 He finished with his bath in plenty of time to wave (and wave and wave) at my parents, who obediently waved back. The wave of a baby is a powerful thing.


My parents also got to see Benjamin as he was being carted off to the tub. They just laughed at him—and at us because, frankly, I deserve every messy eater I get. I was a terribly messy eater as a baby: 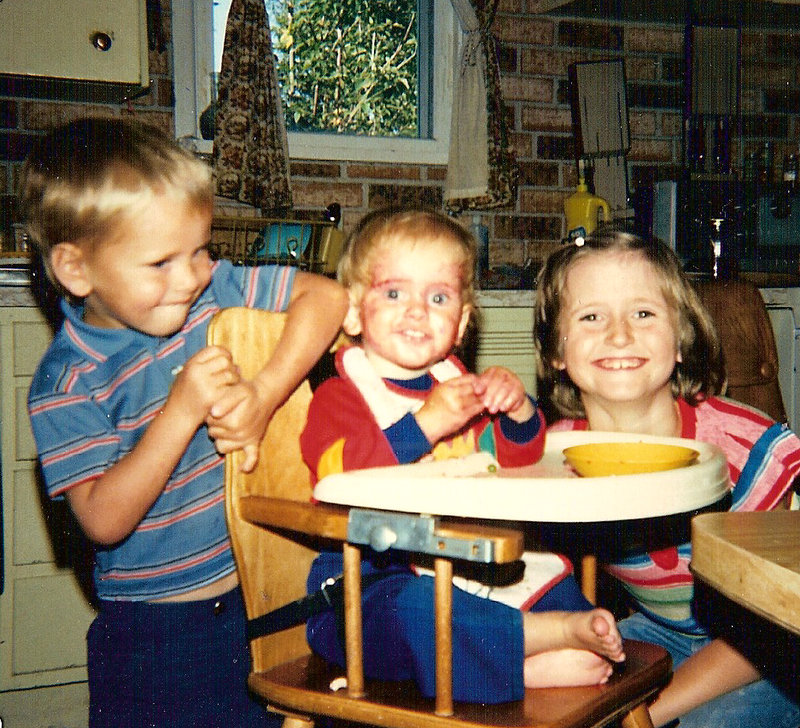 This picture was taken in August of 1986, which means I was around 14 months old (which is right around Benjamin's age right now). The caption is, "Nancy loves beets—not just in her tummy, but all over her face!"

And while we're sharing messy baby pictures, this is on the very same page as the previous one (and was also taken in August 1986): 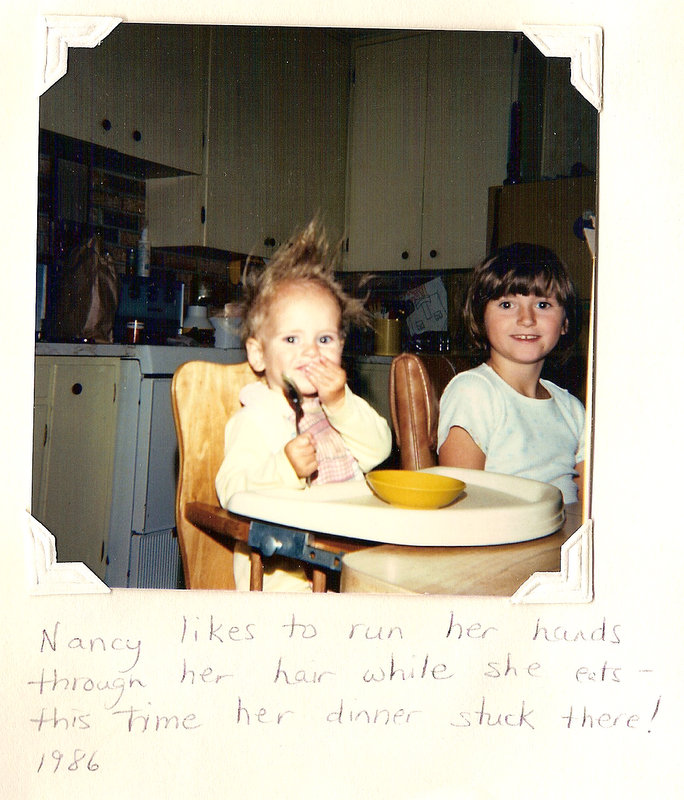 I can't believe my mom dedicated an entire page of my baby book to photos of me making messes while eating! I mean...wait...

Here is Benjamin sporting some berry smoothie we made to accompany dinner a few nights ago: 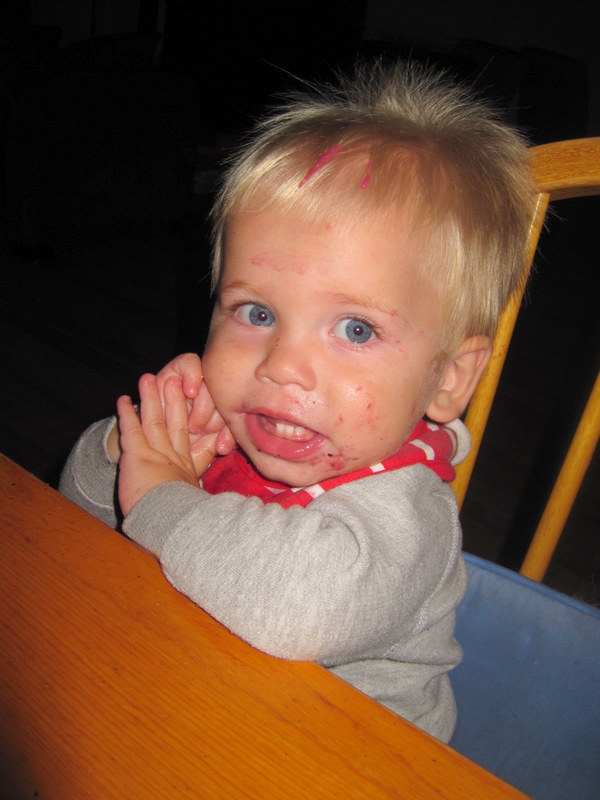 What we had for dinner, I can't remember, but Benjamin really enjoyed his smoothie.

And here is Benjamin eating some noodles with his foot up: 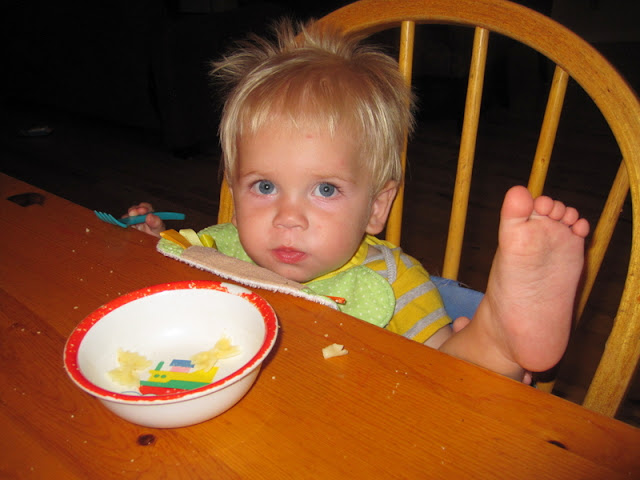 He was doing this at the pig pickin' yesterday. I was holding him on my lap, using one of my arms to pin his arms down by his sides while using my other arm to feed the two of us, and he kept sticking his foot up on the table and upsetting the plate. It was kind of annoying.

He also does this while he's nursing—he'll suddenly stick his leg right in my face and insist on leaving it there.

It's like it's comfortable or something, though I'm still trying to figure out how because when I stick my leg up by head like it's not when I'm settling down for a tasty meal. And let's be honest: it's not too often that I stick my legs up by my head like that.

But, hey, at least he's relatively clean in this picture!
Posted by Nancy at 11:57 PM