That's 10 hours of church in one spirit-packed weekend but I wouldn't change it for the world! Conference was wonderful!

I didn't prepare any activities for my kids to do (though I did print off bingo sheets for them on Saturday afternoon) and they were good, anyway. Rachel took notes in her journal, Miriam quietly built towers on the kitchen table or brushed (and brushed and brushed and brushed) my hair. Once Benjamin figured out that we weren't skyping with all the General Authorities, and that they weren'g going to wave back to him even if he waved until his arm fell of, he wandered around the house like a feral child. All in all, they were pretty well behaved. I can't remember whose talk it was, but someone mentioned something about not underestimating the ability of our children to grasp these spiritual concepts. As I looked at my children behaving possibly better than they typically behave at church, I had to nod my head in agreement.

That's not to say things were perfect all the time—by Sunday afternoon our ability to sit still and listen had deteriorated quite dramatically—but the kids were really quite well behaved.

Here we are, twirling some stacking cups on our fingers. Benjamin passed them out to everyone and prompted us to do so. He's got quite a commanding personality. People can't help but obey him. It's his smile, I think. 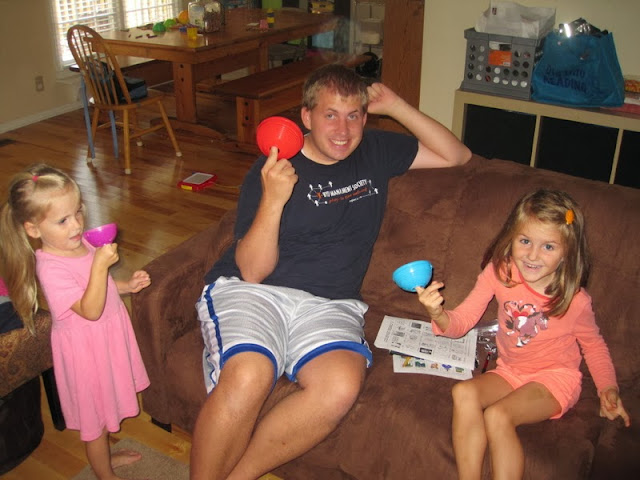 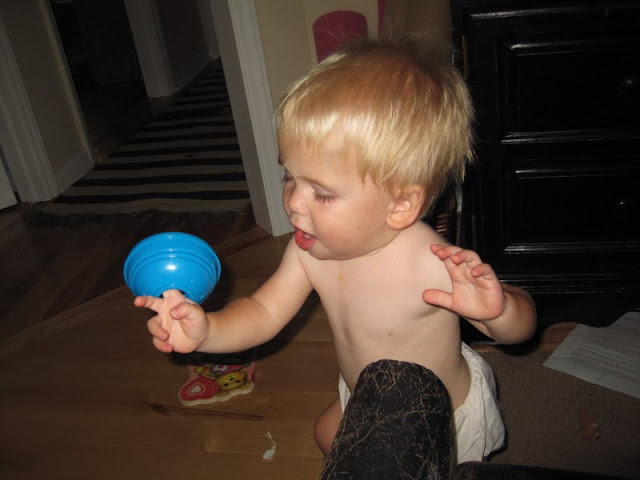 And here's Rachel on Sunday morning with a pencil stuck up her nose: 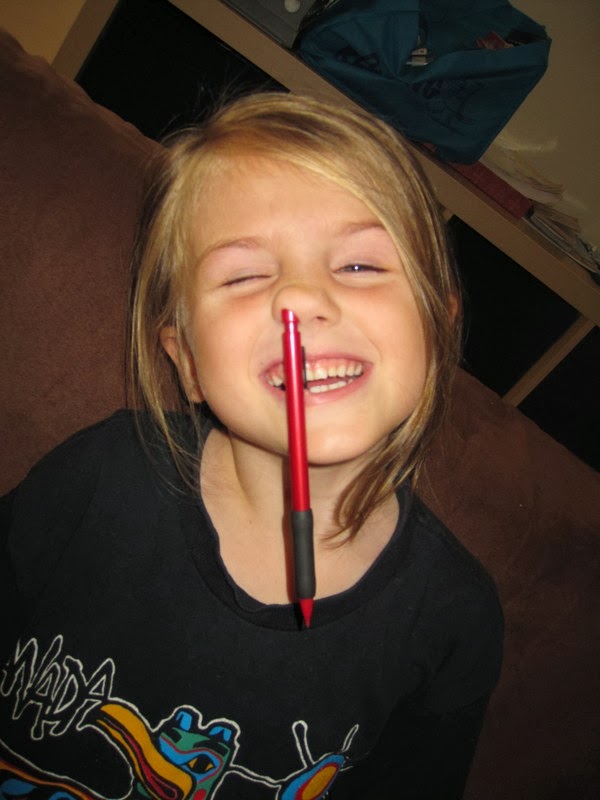 And here is the pile-on-Daddy that occurred on Sunday afternoon: As soon as that session ended we fled the house and sought refuge from the television screen in the outside world. 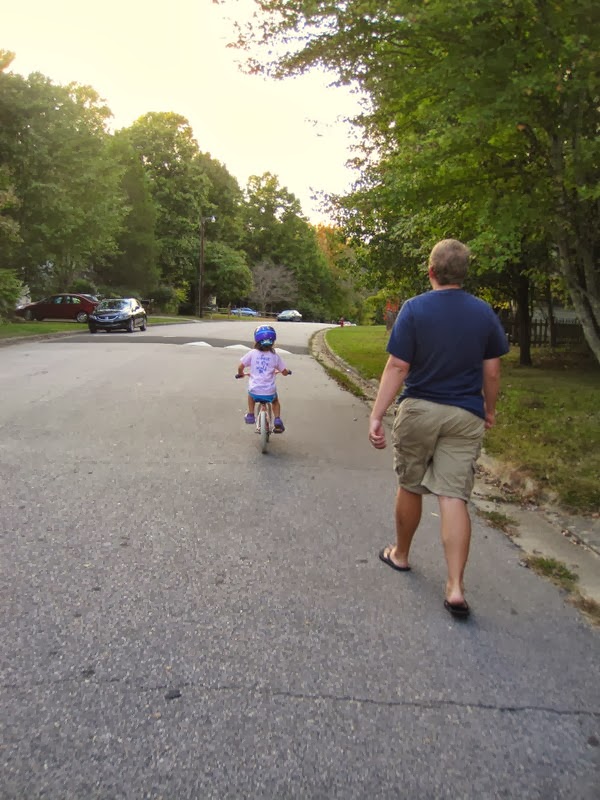 Andrew put the pedals back on Rachel's bike and the next thing we knew she was zooming up and down our street. It was amazing (especially considering that three weeks ago when I thought she would never learn to ride a bike)! She still has some work to do (like figure out how to break—hills were terrifying for her) but she can hop on her bike and pedal down the street so we'll call that a success!

We let the kids tucker themselves out on the playground before rounding them up and marching them back home and into bed.

I'm looking forward to reviewing this conference's talks in the coming months!
Posted by Nancy at 11:39 PM