Miriam was trying to explain to him about waddling but he just wasn't getting it so she stole his hat so she could demonstrate this skill. He still didn't get it. I told her that toddling is similar enough to waddling that Benjamin would make a fine penguin. 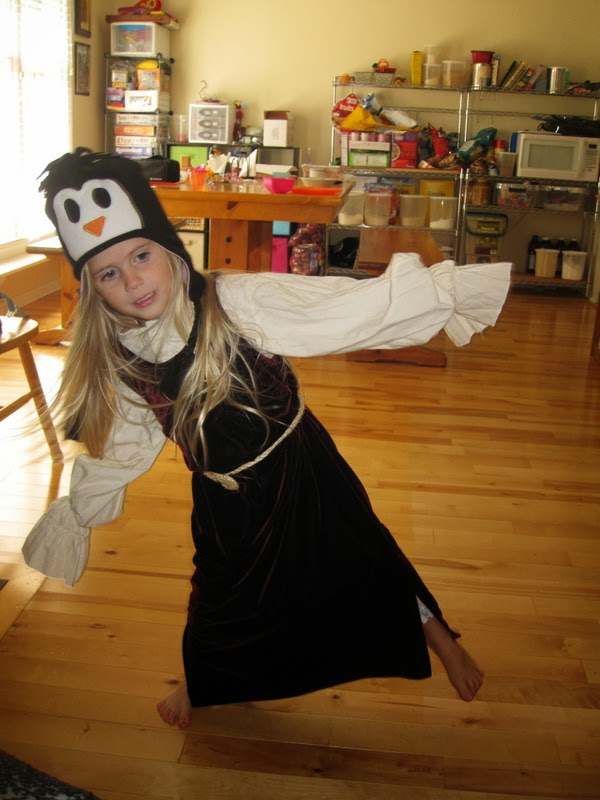 She spent most of the day dressed as Lucy, once I got her out of her pyjamas, that is. Both Miriam and Benjamin woke up with the sniffles yesterday and had awful runny noses the entire day so she declared that she was going to spend the day in her jammies. Eventually she got dressed so that we could play outside and, oddly enough, both kids woke up feeling great this morning—no runny noses at all! 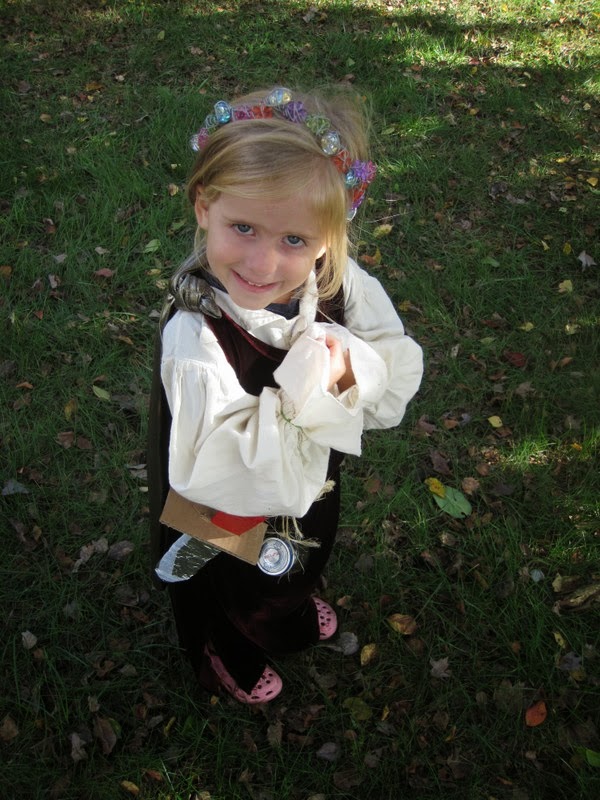 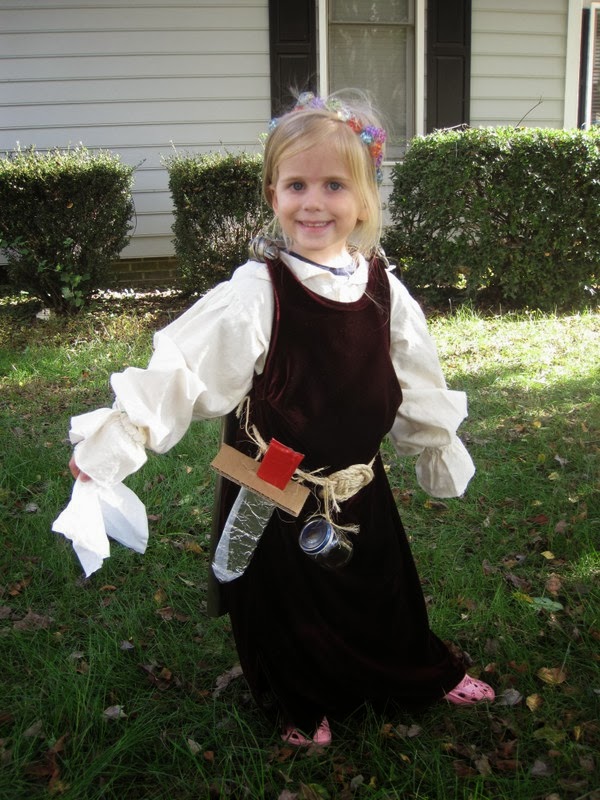 She spent the afternoon wandering around Narnia (aka our front yard) blowing her nose. 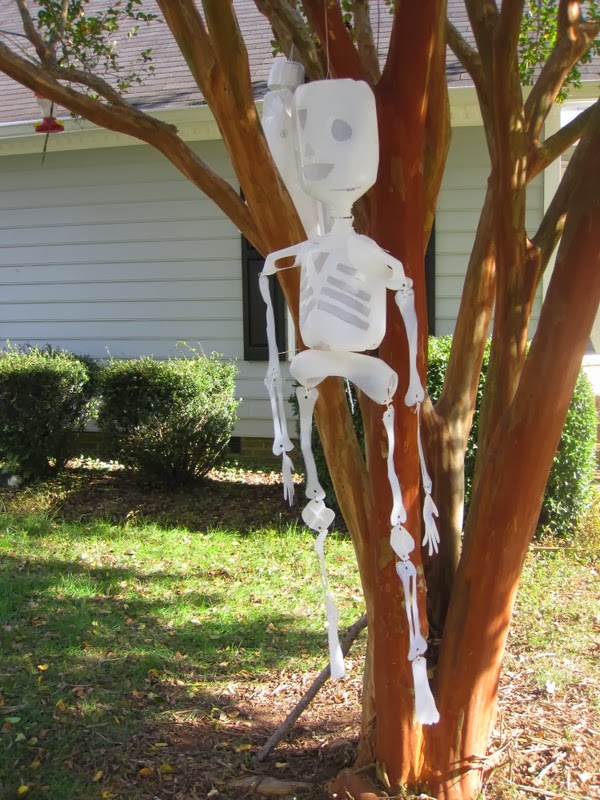 And here's Rachel and one of our neighbours making a suit of armour for him to wear on Halloween. We were working on Rachel's costume on the driveway—cutting cardboard and making a real mess—when our neighbour came over and said he had plenty of boxes at his house if we needed more cardboard. He brought some empty boxes out (they recently moved in) and since we didn't actually need them decided to make a costume for himself. The kids had a great time working on everybody's costumes together! 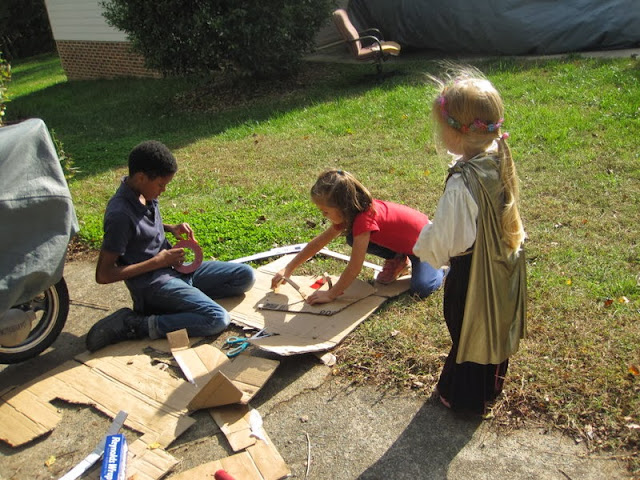 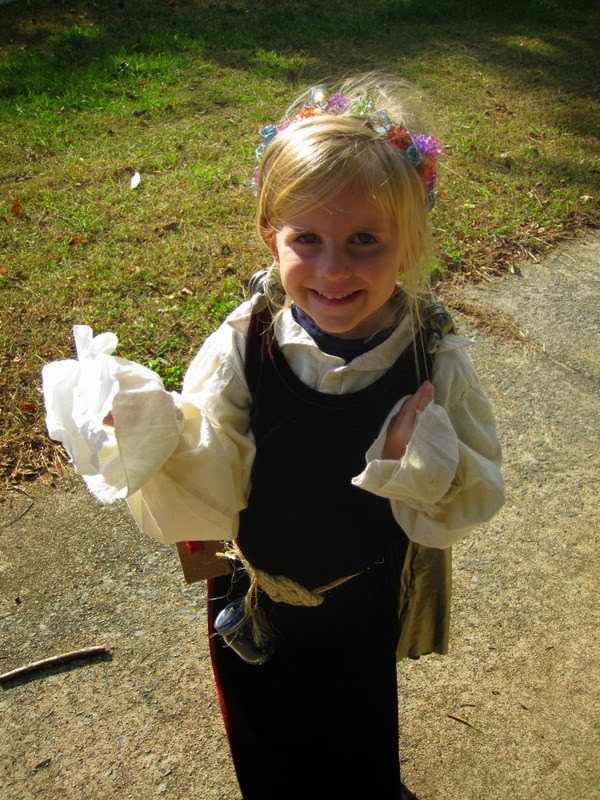 And my sweet boy Benjamin (who took a tumble and landed face-first on the driveway—which is why he has a little road rash on his chin): 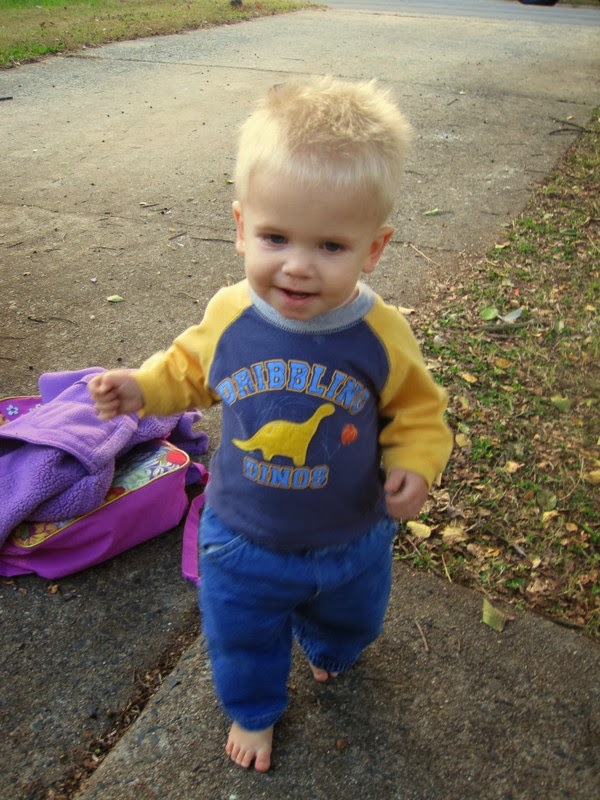 When we'd finished with our costumes for the day, the girls played hide-and-seek with the neighbour twins and another neighbour across the street while I worked on digging out some carrots from the front garden. The soil out here is pretty much clay so although the carrots grew nicely (the best ones were about four inches long) they were so difficult to get out of the ground. I had to use a trowel to dig them out because if I pulled their tops they'd pop right off, leaving the root stuck firmly in the ground. 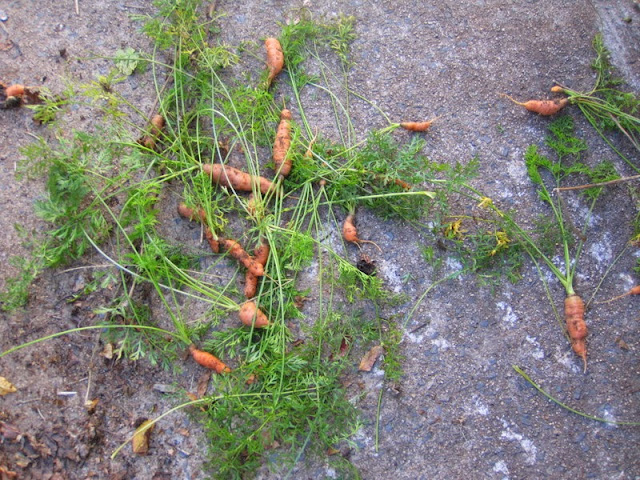 While I was going through the carrots I found a couple of these caterpillars: 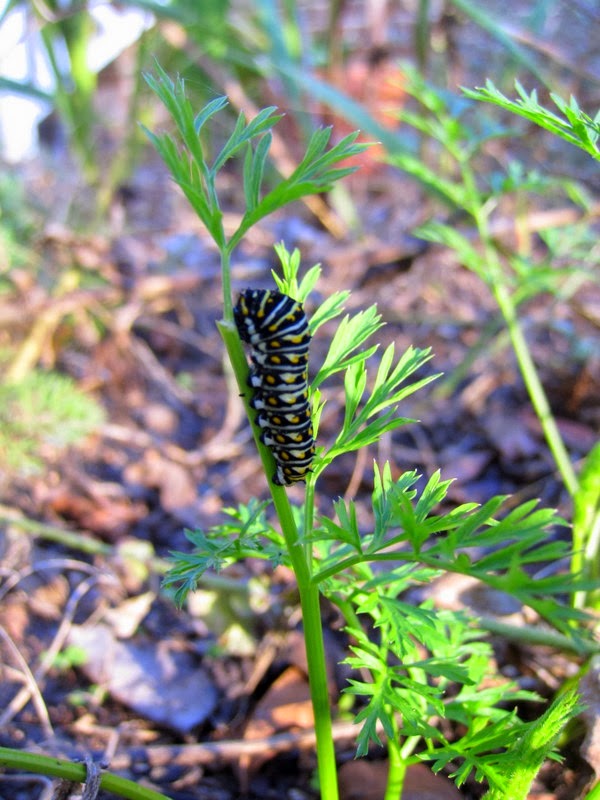 They almost look like monarch caterpillars but I'm pretty sure they're black swallowtail caterpillars and since I know they like carrot tops, we went ahead and put them both in our butterfly habitat (we let our mantis go since finding food for it was getting a little time consuming) hoping that they'll eat their fill, make their chrysalises, spend the winter tucked away nice and snug, and emerge for us in the spring.

And speaking of caterpillars, Rachel got to go on a field trip today to the Carolina Theater to watch a puppet show of both The Very Hungry Caterpillar and The Mixed-Up Chameleon. She had a blast!

And speaking of speaking of, Miriam has picked up on this phrase and uses it all the time, sometimes well and sometimes poorly. All day long she's been inventing situations to apply this newfound phrase. For example, she came up to me soon after finishing breakfast and randomly said, "Milk comes from cows," then she paused dramatically before tacking on,"Oh, and speaking of milk, may I please have a glass of milk?"
Posted by Nancy at 11:40 PM