I hope you're geared up for a million pictures and stories from our adventure in Appalachia because we just got back from camping and are overflowing with tales to tell. Until then, though, here are some other pictures...

On Tuesday we went to the Museum of Life and Science with one of Rachel's good friends from school (K), as well as that girl's little sister (who is Miriam's age) on Tuesday. We had a lot of fun! After our friends left we went to the outside exhibits to wait for Daddy to pick us up between his classes (it was a car sharing kind of day). Somehow in our rush to get out the door we forgot a jacket for Benjamin so we all swapped jackets. Benjamin wore Miriam's, who wore Rachel's, who wore mine because I'm big enough to not complain about the weather being a bit chilly. 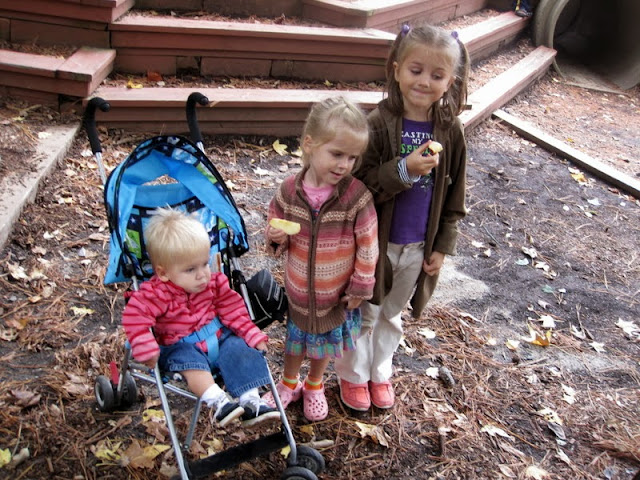 That afternoon—after he'd lost all of his clothes (a fairly regular occurrence at our house)—Benjamin asked for a snack so I told him to get a bowl out. He went into the kitchen and came toddling back out, lugging a big mixing bowl along.

"What kind of snack do you think I'll be serving, Benjamin?! That bowl is way too big!" I told him.

He handed me the bowl anyway.  I took it from him, put it away, got out a little bowl and put some cereal in it (Cheerios is one of his favourite snacks (but it looks like he got some Kix, too)). I set the bowl down for him (this is beginning to sound like I'm talking about a puppy or something) and he gave me a disgusted look before going back into the kitchen to retrieve the big mixing bowl he originally wanted. 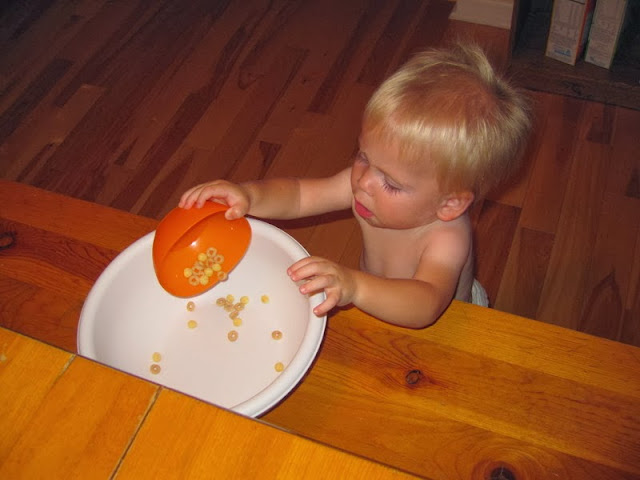 And here is Benjamin on Wednesday night, all ready for bed and trying out a pair of Daddy's shoes: 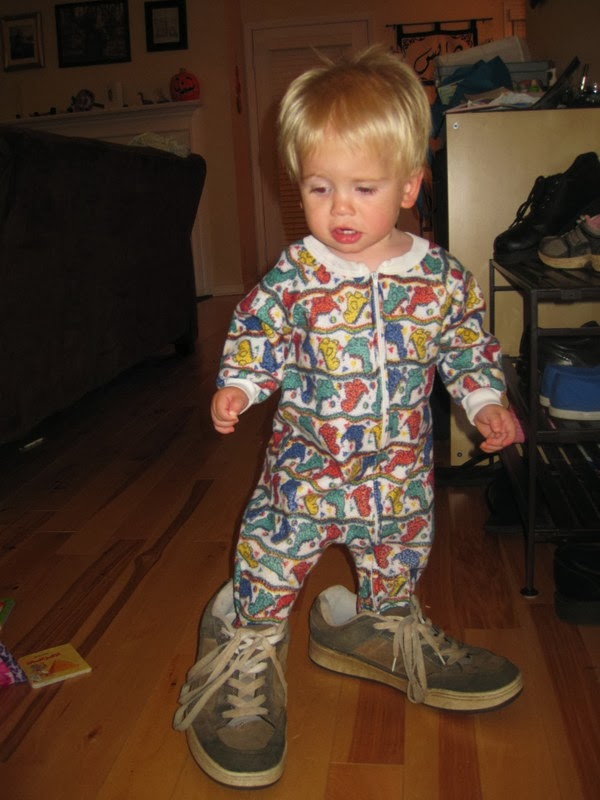 He has a while to go before he'll be able to fill them!
Posted by Nancy at 9:13 PM