Last Friday Andrew took his scooter in for a tune-up because it was having some motor issues that we didn't know how to deal with. Motors are much more intimidating than the "add-ons" that we've fixed ourselves when our van has had issues. Because he had no scooter he took the van to school, which meant that the kids and I were stuck at home, which was fine—we just went to the park, rode our bikes, cleaned the house, that sort of thing—but by Wednesday (when we finally got the van back) the kids were anxious to "do something fun!"

We went to the Museum of Life and Science and...had fun.

They had a big room full of cardboard boxes and little fasteners and the kids were allowed to just create. My girls were a little nervous about creating but they did eventually dig in and each made a sign to put in the room with their name on it. 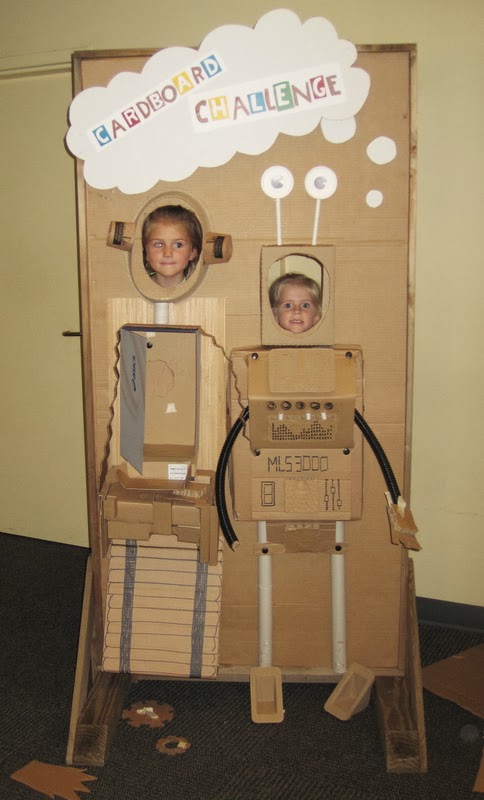 We had some fun at the weather exhibit. The kids liked touching this cloud: 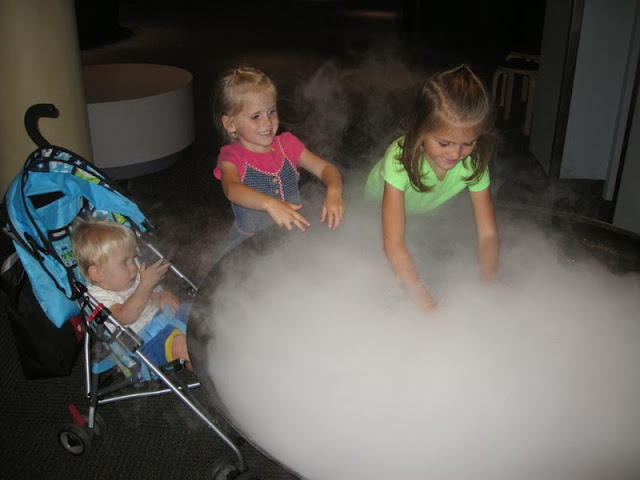 Benjamin, of course, enjoyed "Carolina Wildlife," an indoor exhibit of animals (mostly injured ones that wouldn't be able to survive in the wild) found in our state. 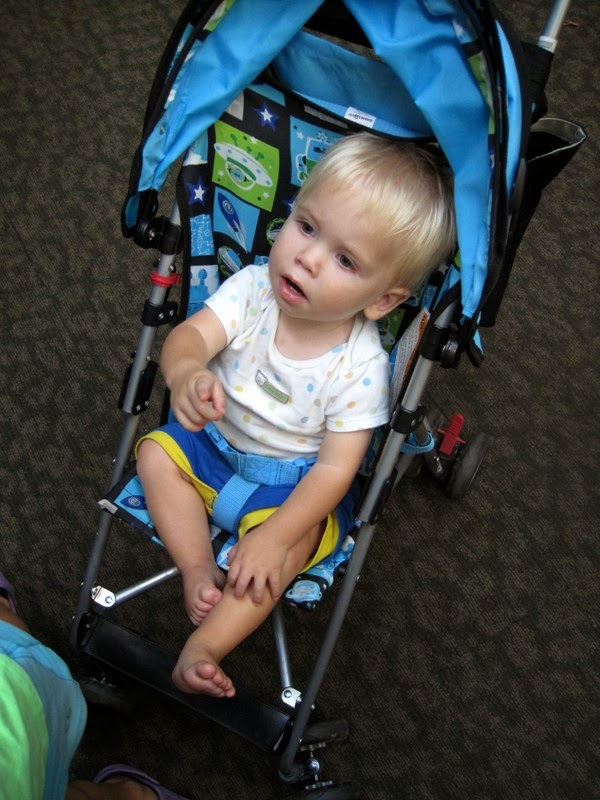 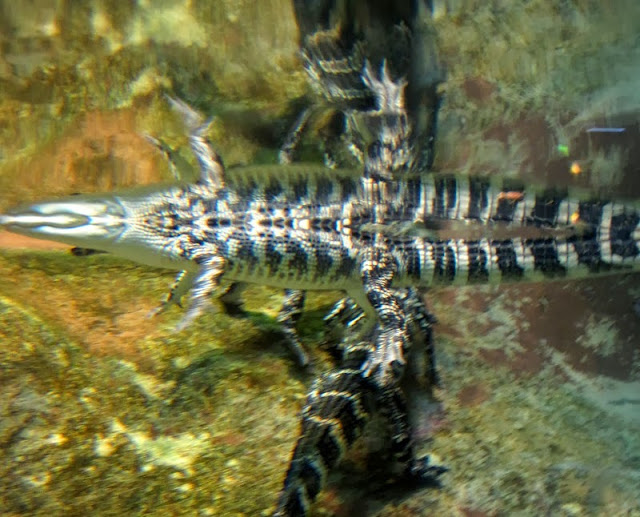 This place is so kid-friendly. They have animals down at toddler-level (as well as higher up, but Miriam and Benjamin certainly appreciate the lower tanks (as do I)). 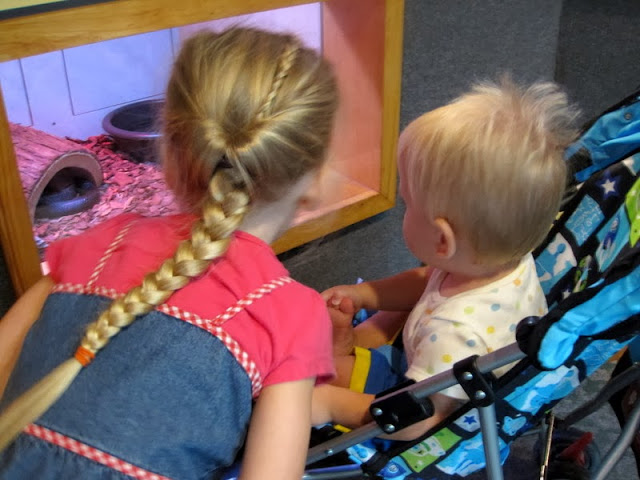 The kids enjoyed looking at this robin, who bravely stood its ground during our examination. 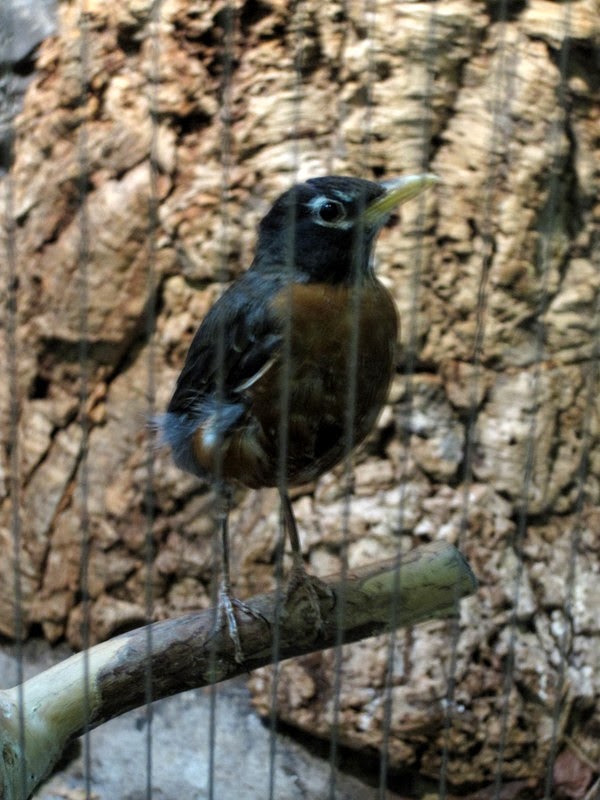 Outside I let the girls choose where to go and decide how long we'd stay. They enjoyed the water pump exhibit but soon got tired out from all the pumping they had to do to get anything to work. 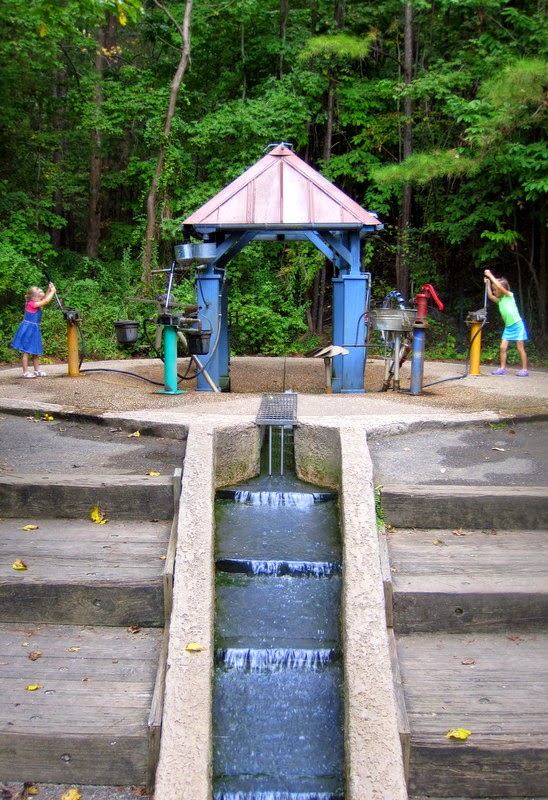 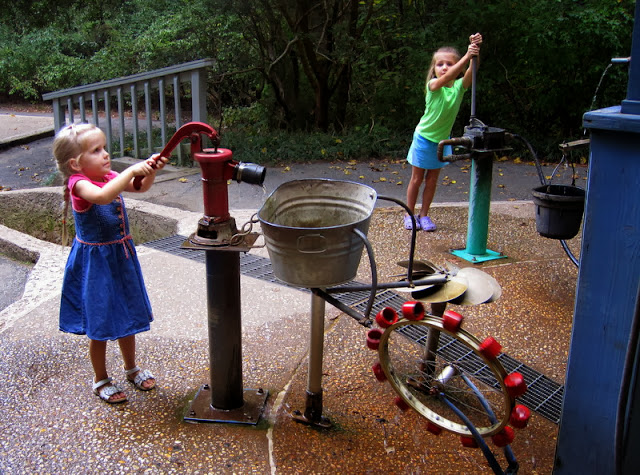 We retired to the sandbox, where we stayed for quite some time. 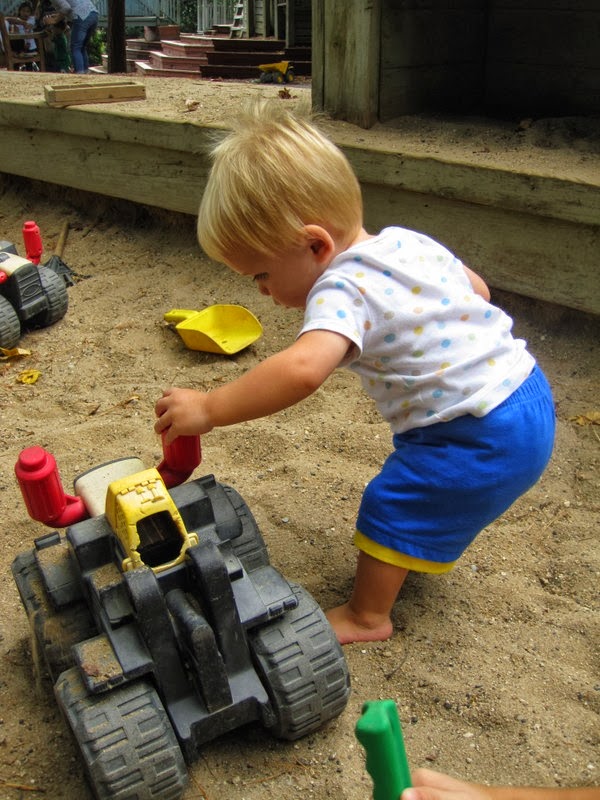 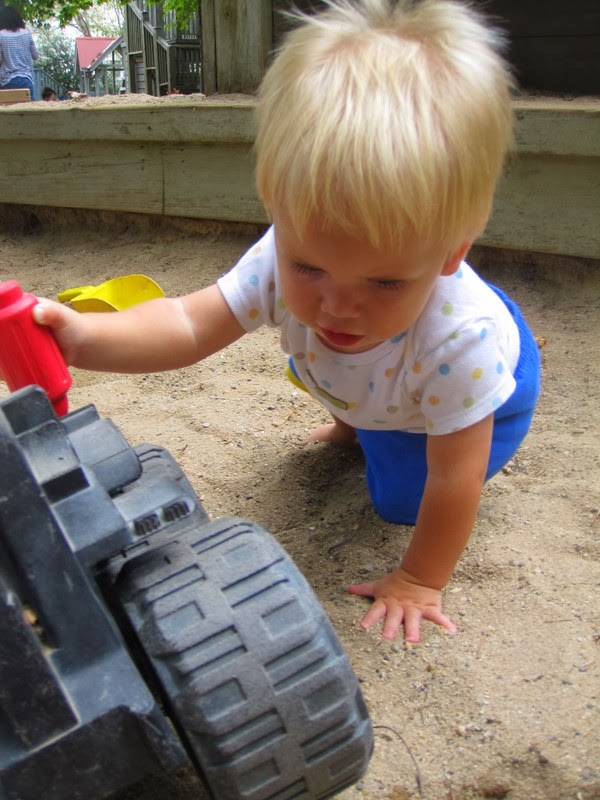 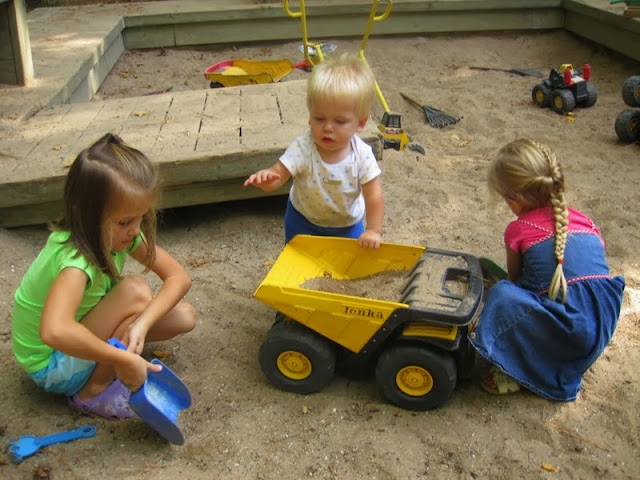 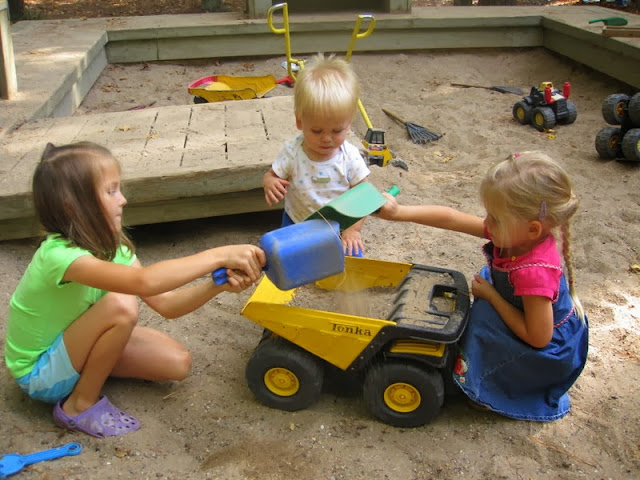 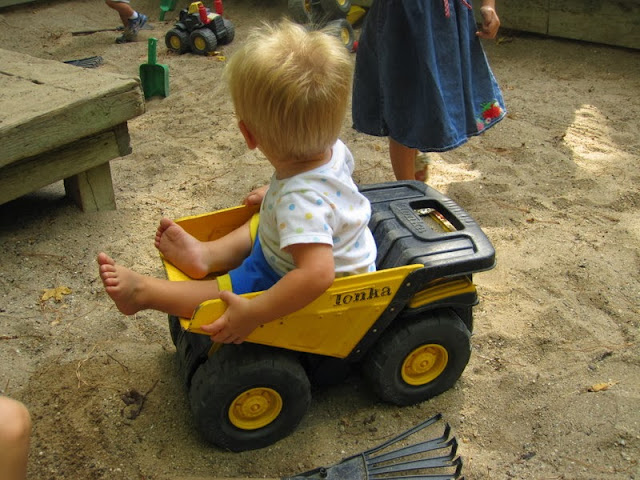 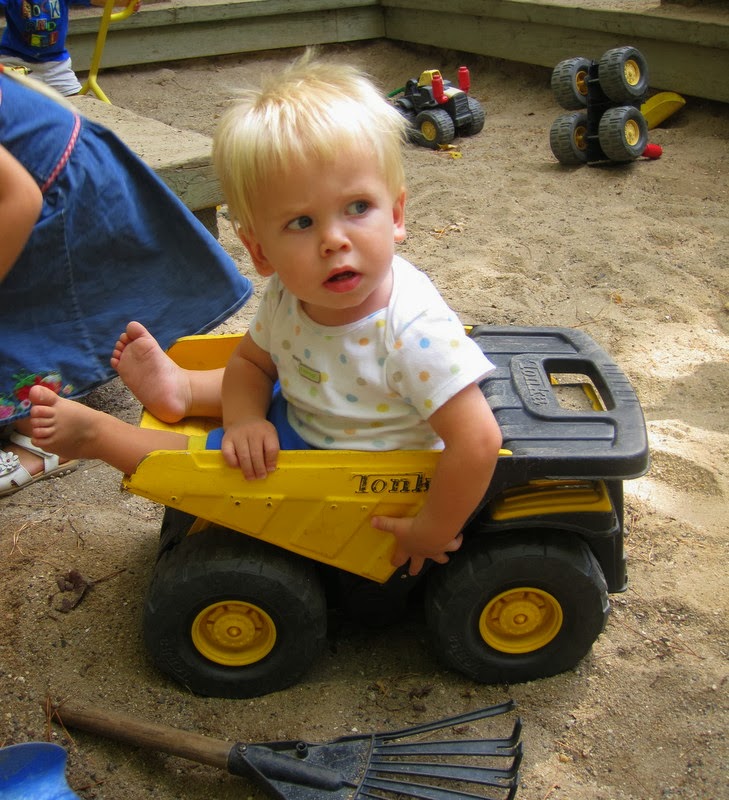 Next the girls decided we should go to the farm—for Benjamin! He thinks animals are so silly! 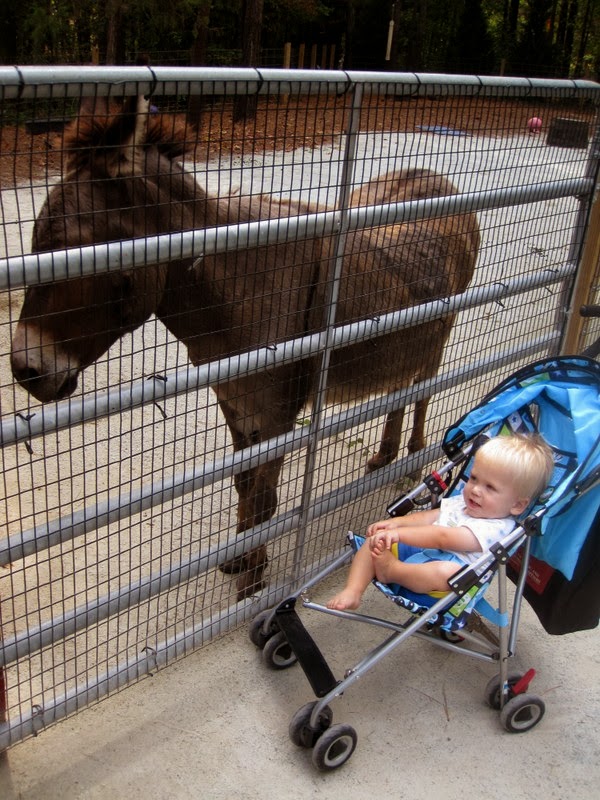 These goats aren't pregnant—they're not even females! They just have gas. It's a natural part of their digestion system. 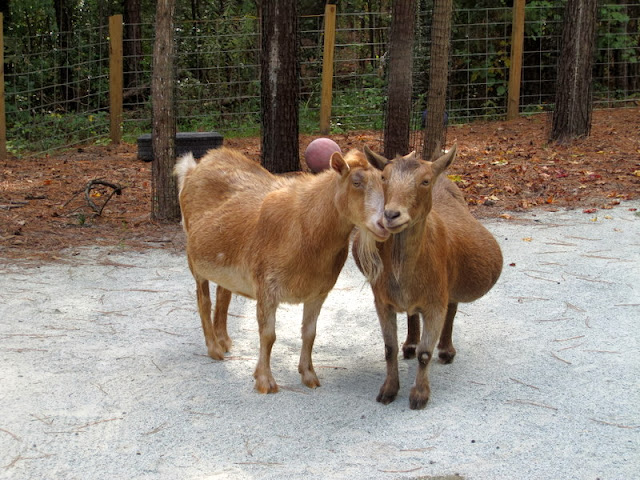 While we were walking to the dinosaur trail, we spotted a squirrel on a nearby tree. The squirrel spotted us, too, and froze in its tracks. We had to take a picture for Auntie Emily! 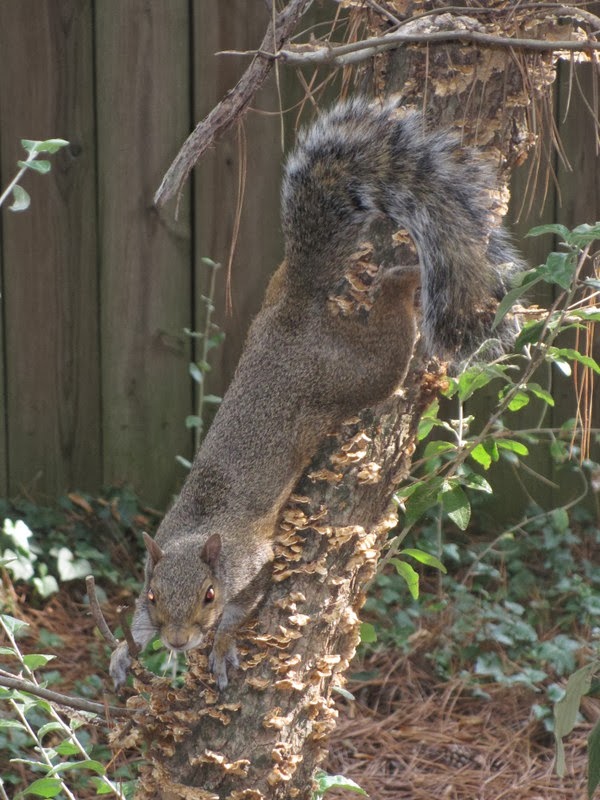 The museum was having a relatively slow day and Miriam was excited to see that we had the dinosaur "all to ourselves!" 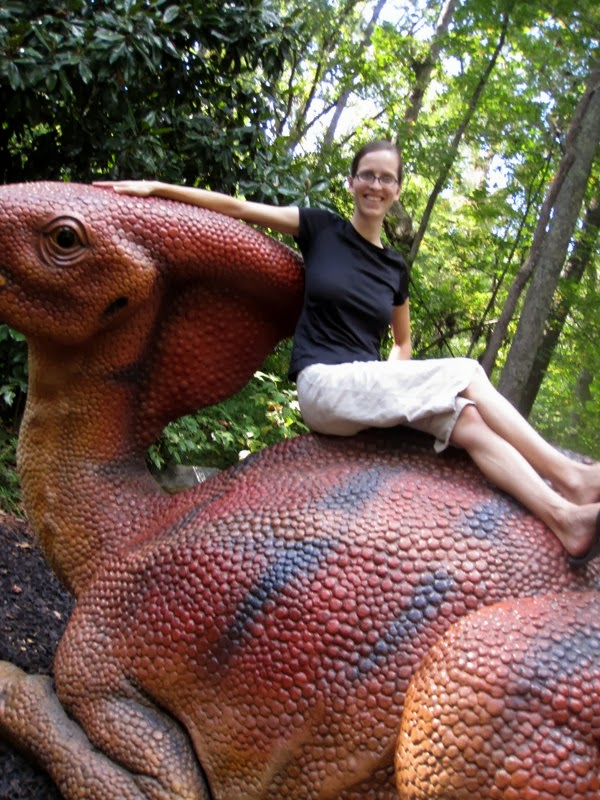 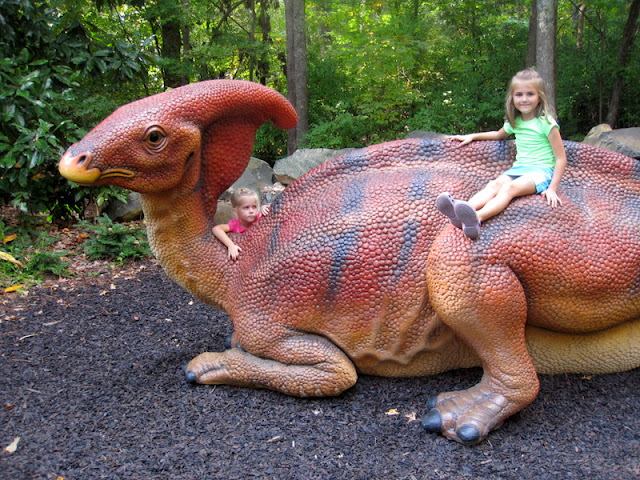 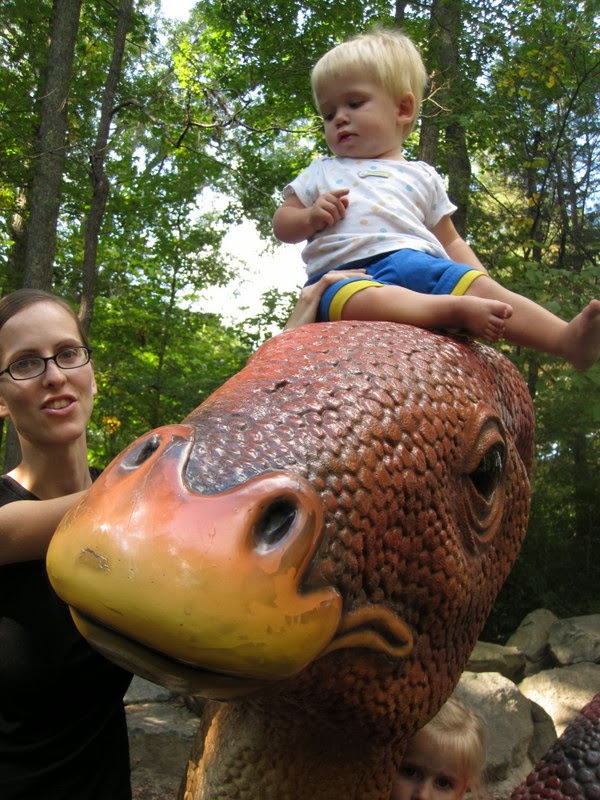 The park was so empty that we seemed to be the only ones in the Explore the Wild exhibit. This meant that the bears were out splashing around, which is unusual. 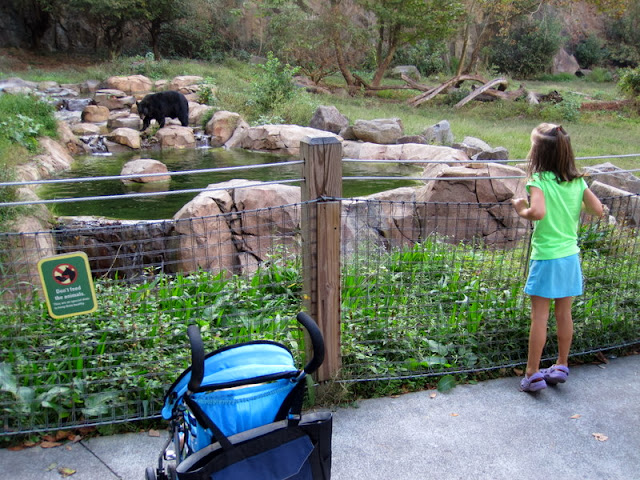 When it noticed us, however, it went into hiding, though Rachel was able to find it with the camera. 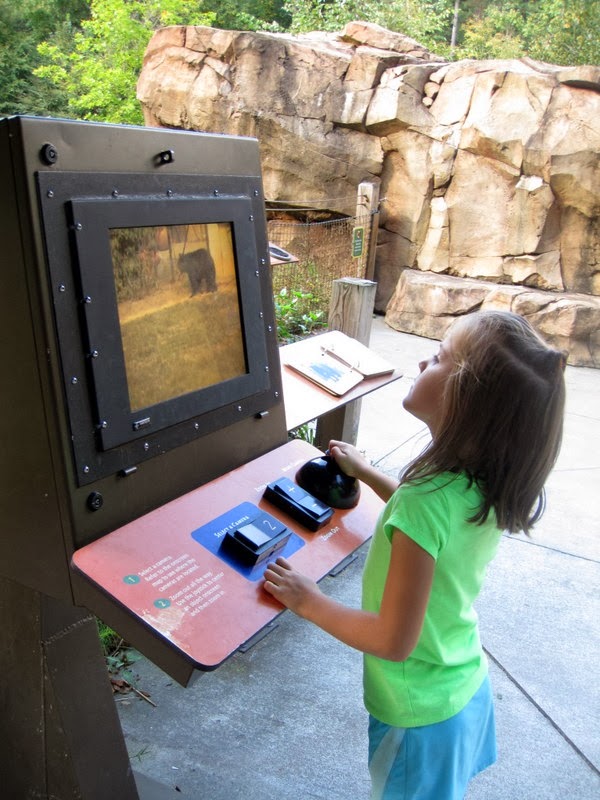 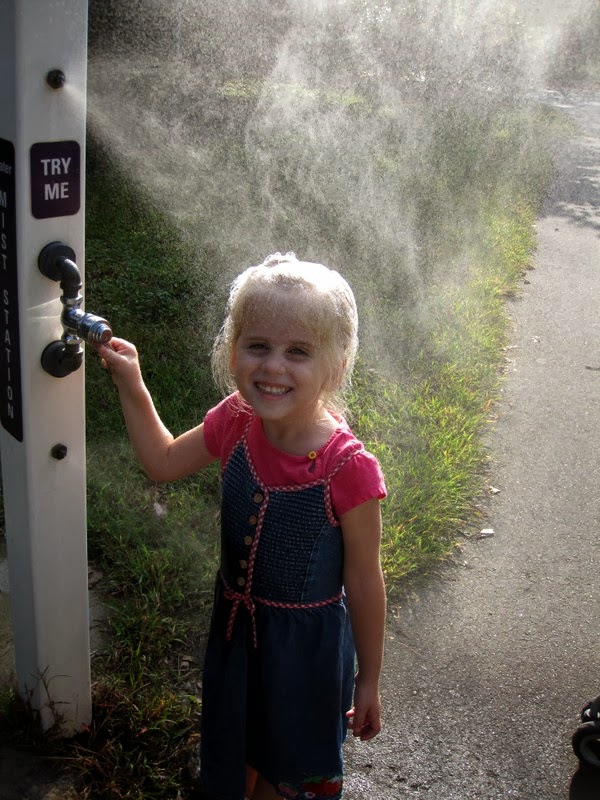 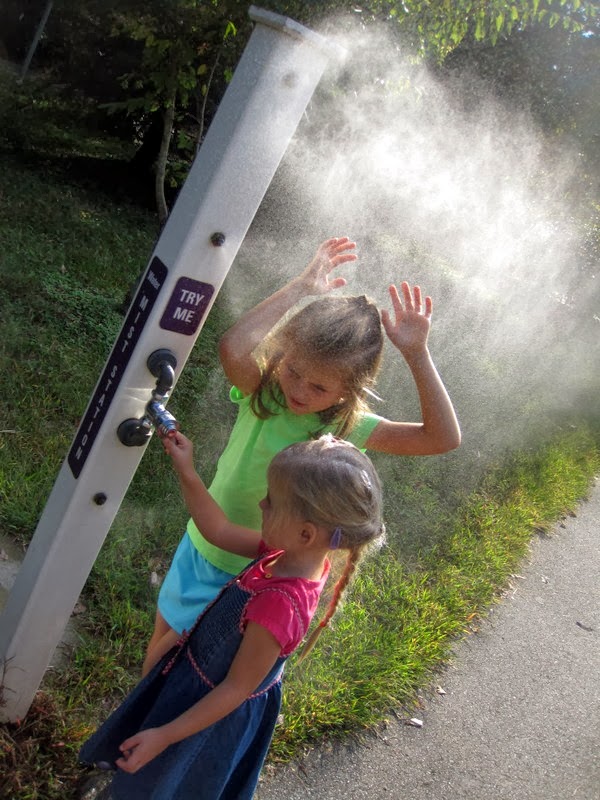 As we were heading toward the exit we found a grasshopper. It didn't seem too shy; Rachel even managed to catch it and pick it up. Miriam insisted that it must be a road-hopper since that's where we found it, but I assured her it was a grasshopper (I do miss the day when she'd call them "hop-scotchers"). 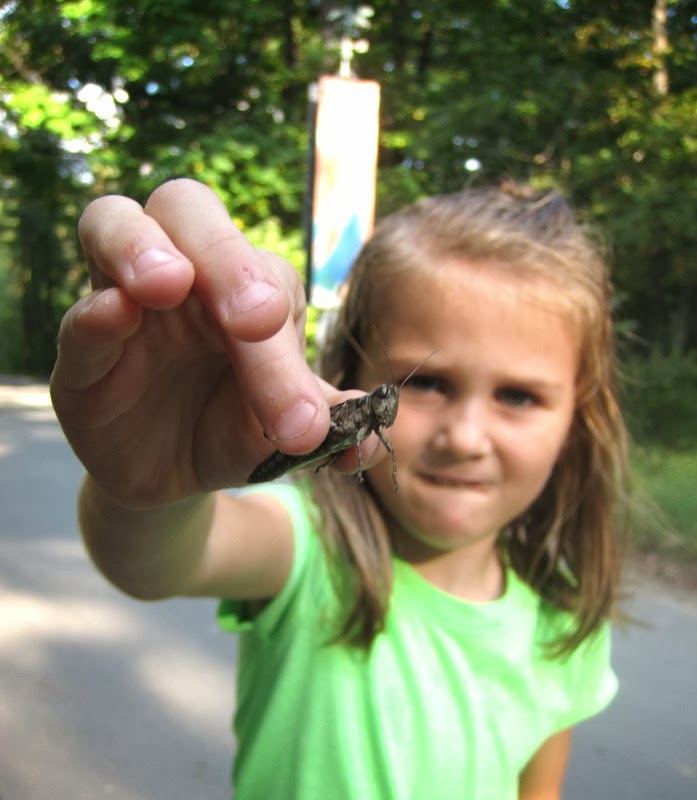 The afternoon wore Benjamin out; he took a little stroller/car ride nap. 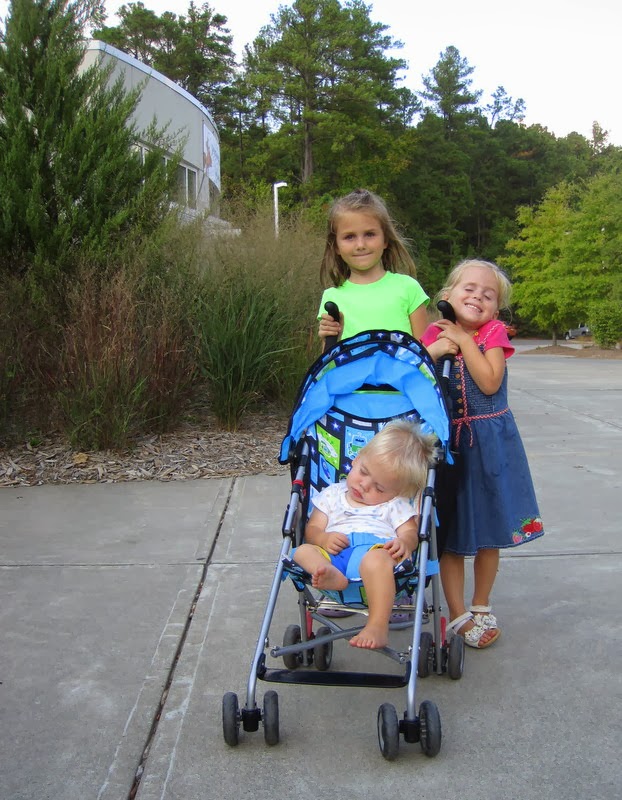 He perked right up for dinner! 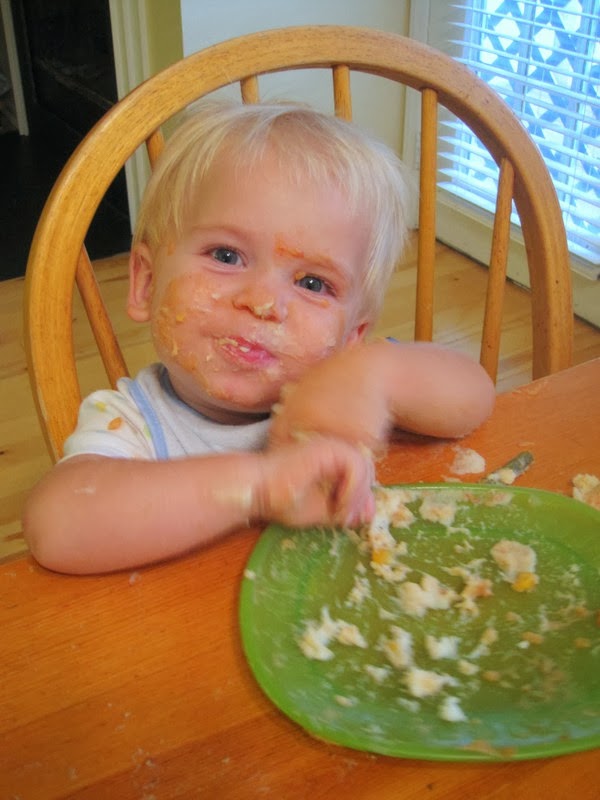