We've been pretending it's summer lately. It feels wrong because it should be colder than this, but I'm not going to lie: I'm totally enjoying it (even if it's really hard to believe Christmas is just ten days away). Today it was well over 70°F outside so we went to the museum to enjoy some outdoor exploring. I was excited to pull out this cute little outfit of Miriam's that I was afraid Zoë would never get the chance to wear. When Miriam was six months old it was April, and we were in living in Egypt. December in North Carolina is a little chillier than April in Egypt, typically. But today it was definitely warm enough to pull this look off. 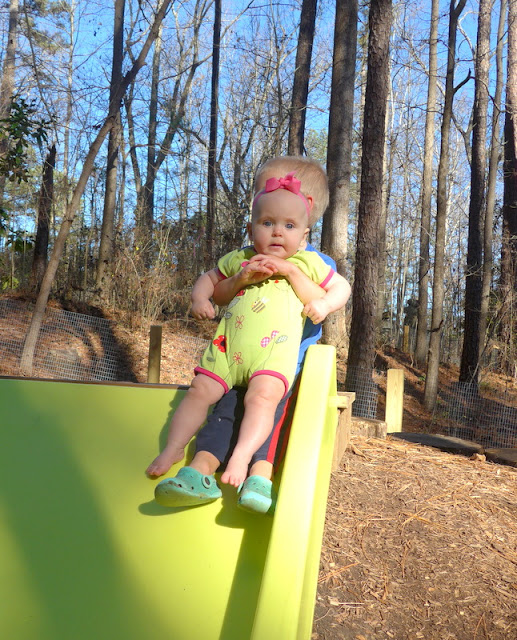 And, yes, Benjamin took her down this slide. And they totally survived. 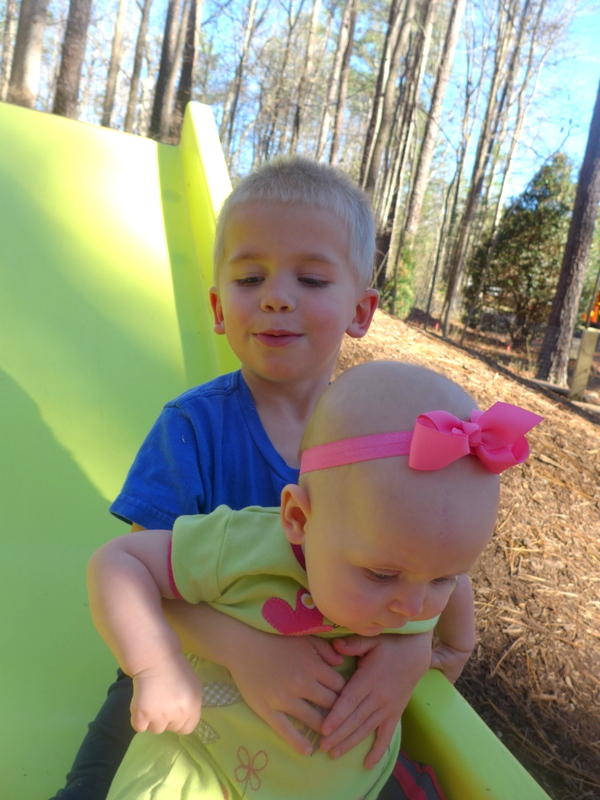 Here's Zoë relaxing on some log seats in the toddler/preschool play area: 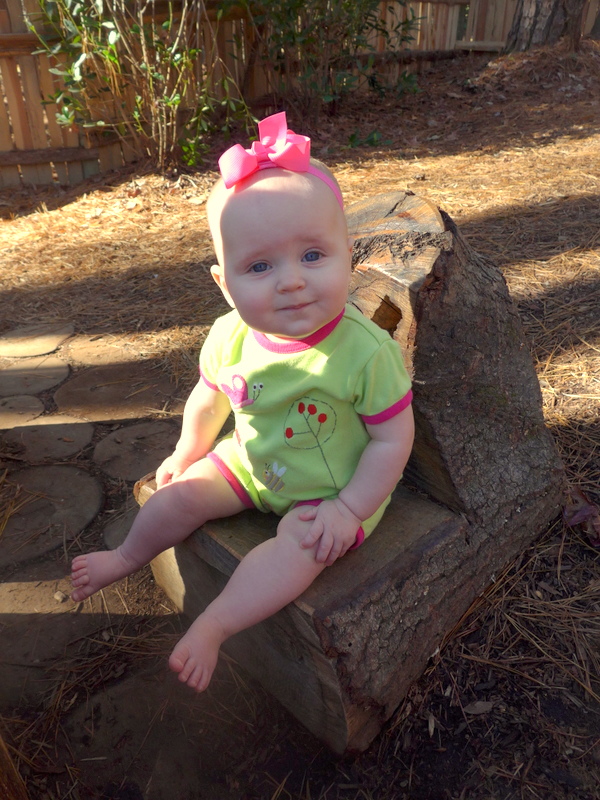 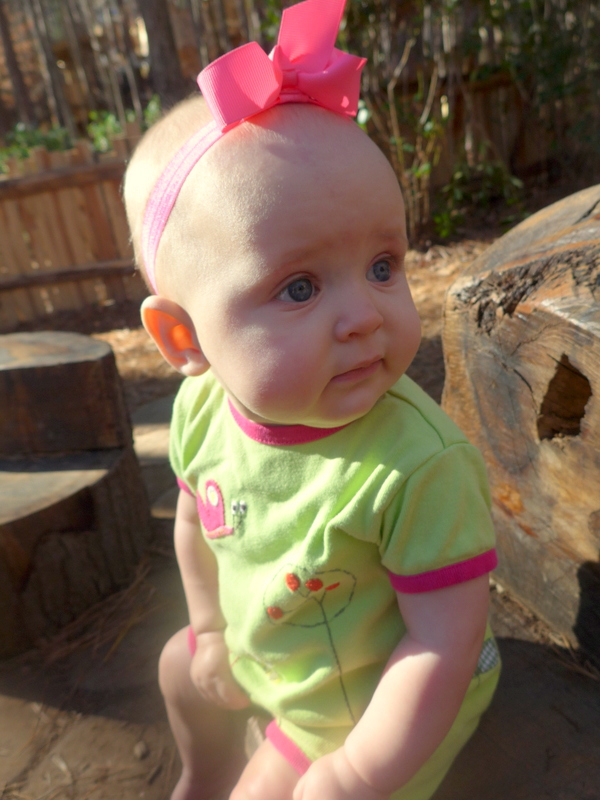 We didn't stay there too long because we had to go splash in the creek, of course! 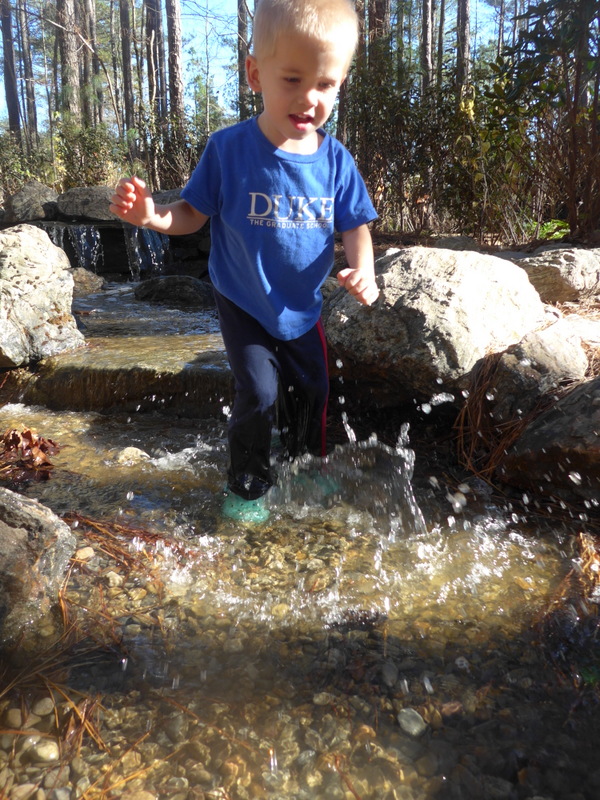 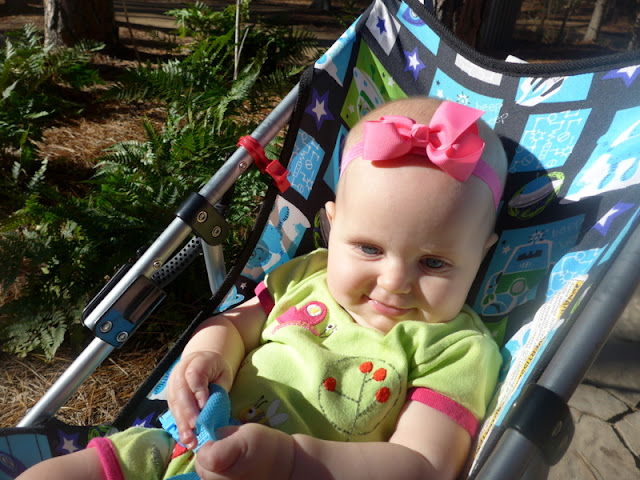 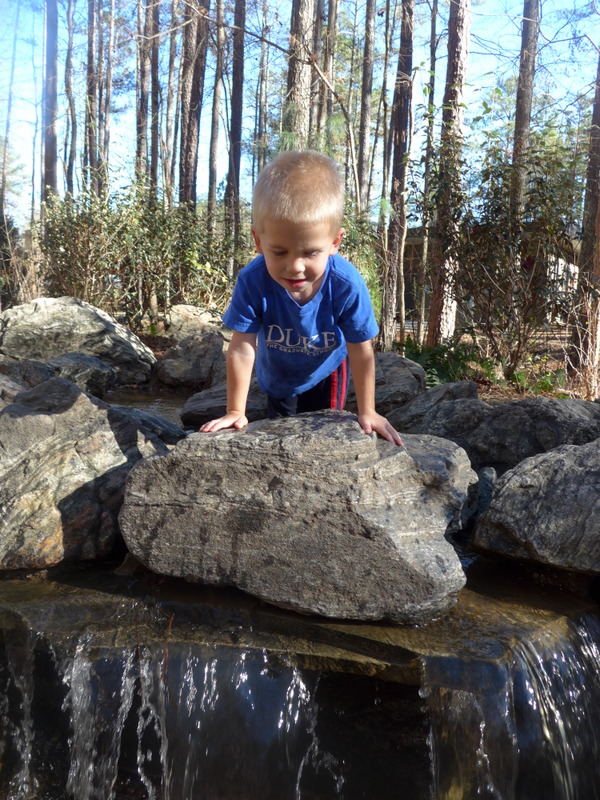 After Benjamin was thoroughly soaked (he didn't want to change into the dry pants that I had in the diaper bag) we made our way over to the butterfly house where we were basically attacked by these crested wood partridges. Perhaps they were afraid we'd stick them in a pear tree and gift them to our true love or something. 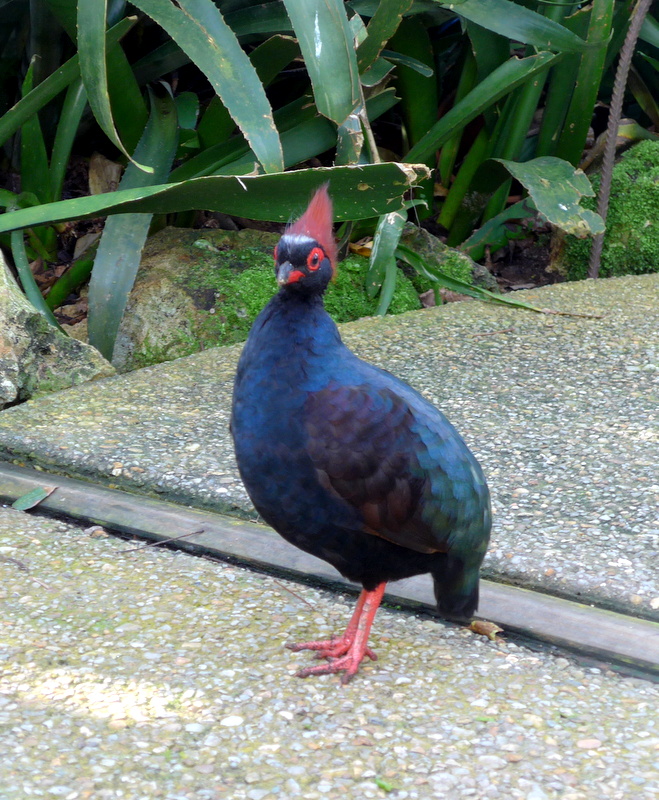 All I know is that one minute we were reading a sign about how butterflies eat (with a proboscis, which is pronounced, by the way, without a /k/ in there; I've always said [pro-bus-kiss] but it's just [pro-buh-sis]; just another one of those words that I've been saying wrong my whole life; no big deal). Anyway, I was having this earth-shattering moment at the sign (I'll be okay eventually) when these two partridges flew out of the bushes and nearly dive bombed Zoë, accidentally, I'm sure (I don't think partridges actually fly too well). It startled us all—both human and bird.

But then we found this rainbow and we took that a symbol of peace. 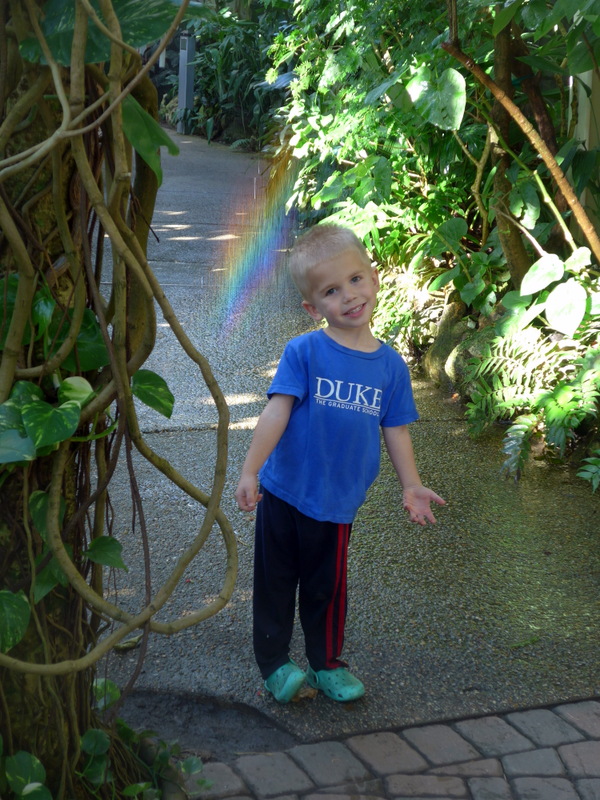 Benjamin enjoyed all the Christmas decorations that were set up around the grounds. 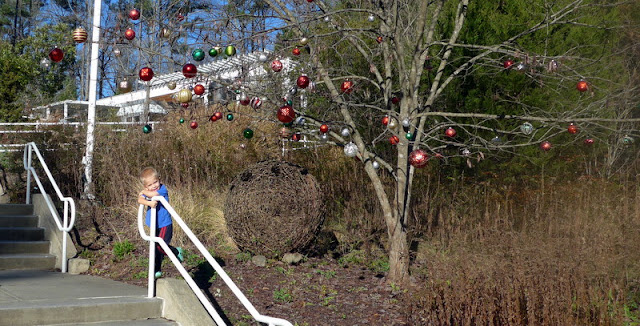 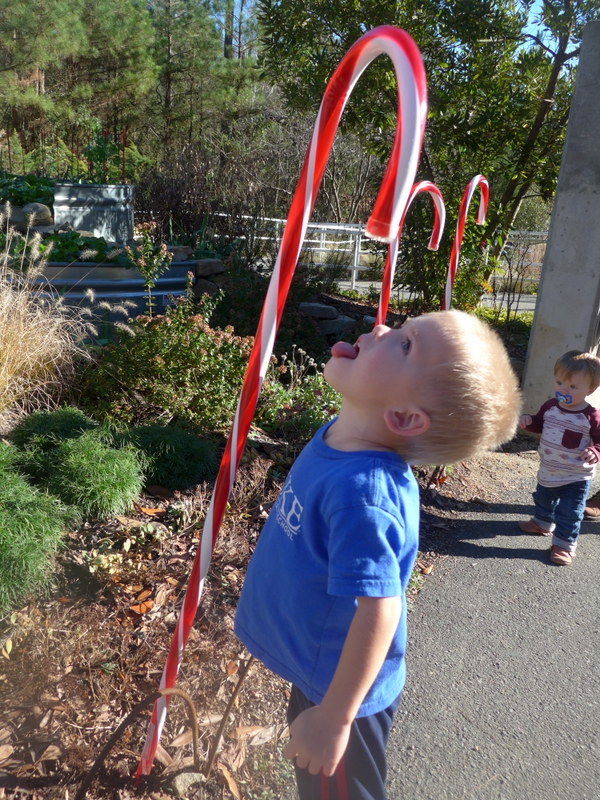 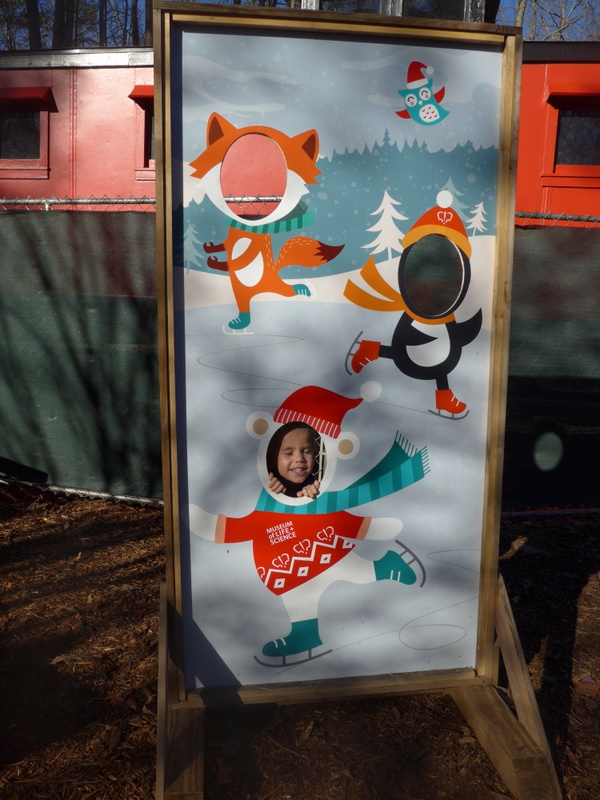 We enjoyed the dinosaur walk, of course... 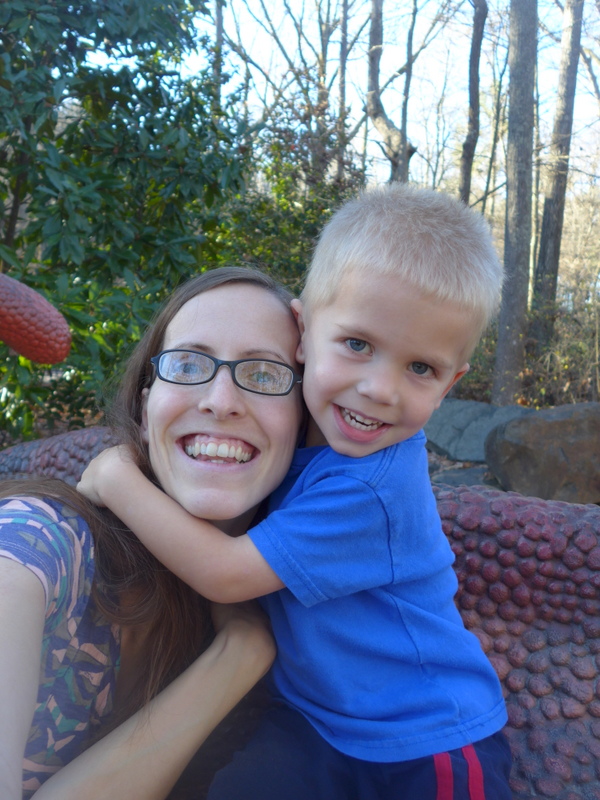 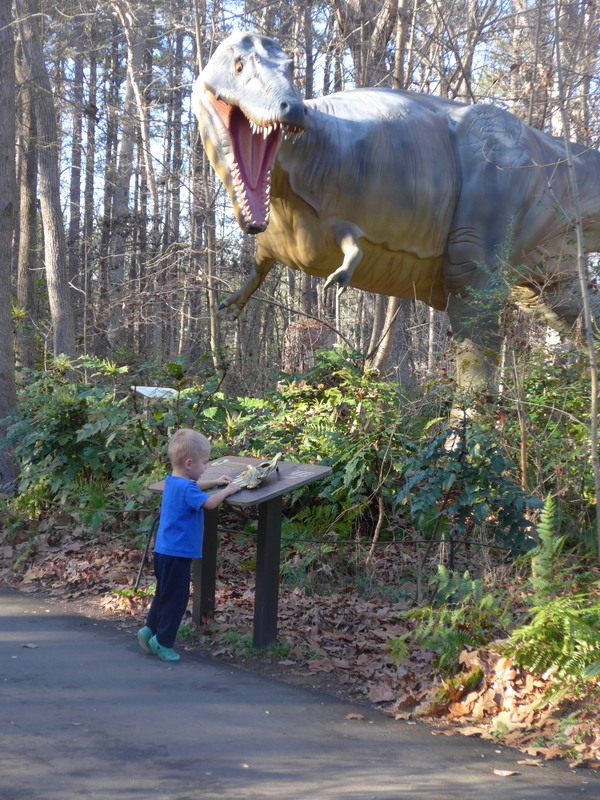 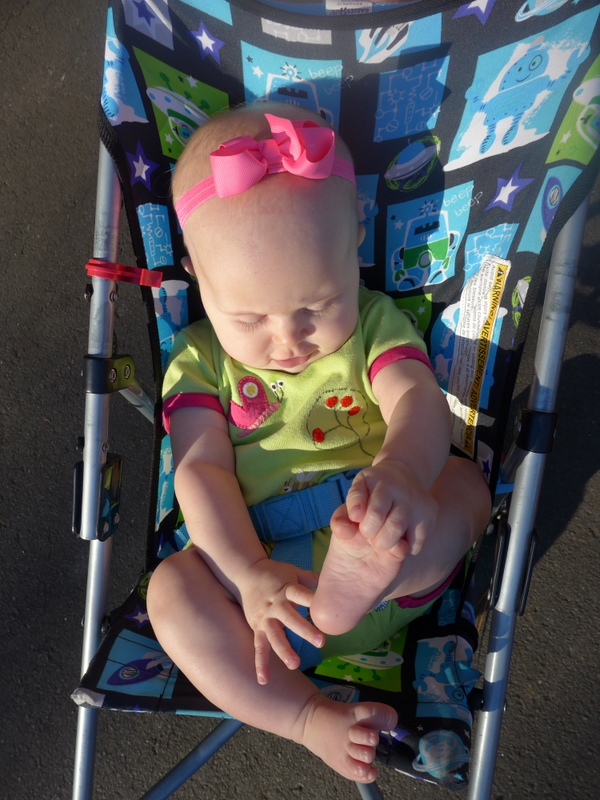 She got a little chilly when the sun started sinking so we wrapped her up in her blanket. I love her little smiles that say she's not super impressed, but she's having a good time nonetheless. 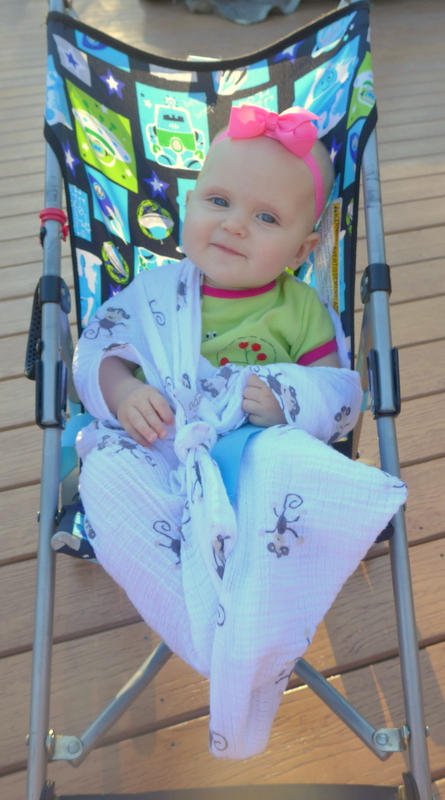 The girls were pretty jealous when they found out we went the museum without them. Little do they know we're planning on going again tomorrow to meet up with some friends (who could resist with the weather we're having?). I suppose we'll have to go a few times during their break to make up for leaving them out while they're in school all day long.
Posted by Nancy at 11:29 PM