Andrew took the big girls to see Star Wars VII on opening night (Thursday—a school night!) and they came home and told me all the spoilers to get it out of their system (so the world is safe; I don't mind spoilers and feel only so-so about Star Wars).

Benjamin, unjustly, had to stay home with Mom and the baby even though he's a big boy (he told me so himself) so we played some Star Wars "games" (really a preschool printable from here), which was just as much fun, I'm sure. We spelled some words with Bananagram letters and used some of the cards to play memory and did other super fun things before I sent him to bed (long before his sisters came home). 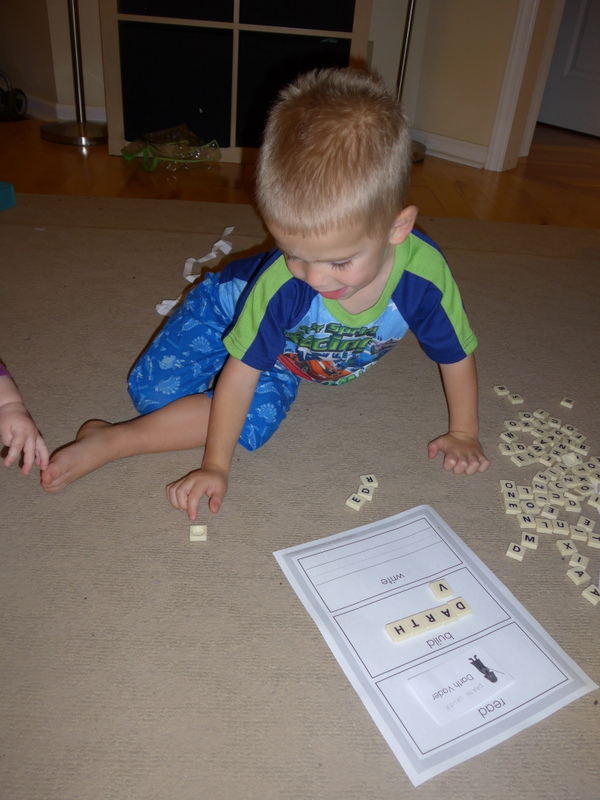 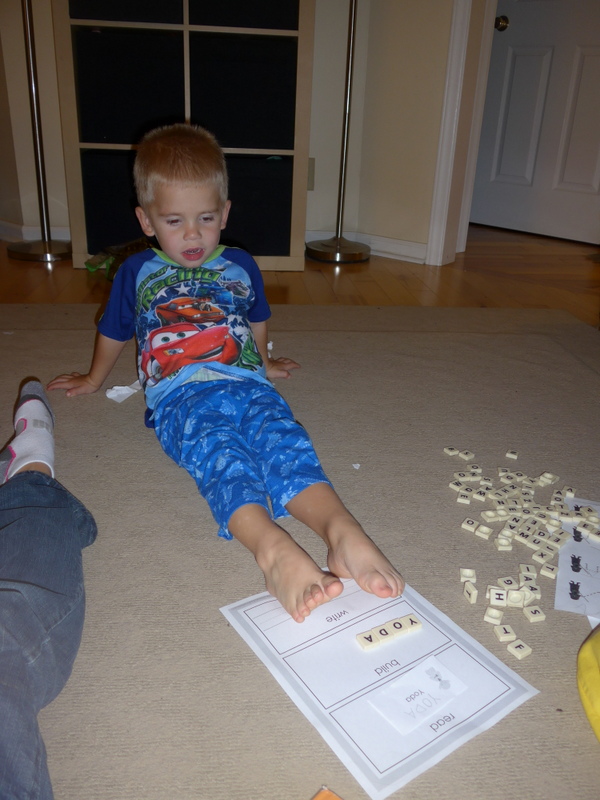 He's quite obsessed with Star Wars lately. Here he is tonight, fast asleep with Chewbacca in a bucket: 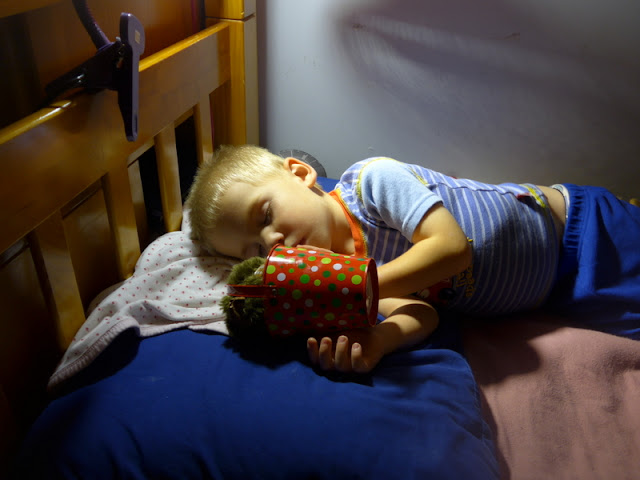 A note on the title:

Andrew's family has a little Star Wars song that they sing to, well, Star Wars music. It goes like this: