Monday was President's Day here in America, and as such was slated to be a school holiday...until it snowed last month. February 15th was declared our first snow make up day so we were prepared to slug through the entire month of February without one measly day off...until it snowed on Valentine's Day, and then we knew we wouldn't be going to school on Monday after all.

At first we were put on a two-hour delay because a storm system was in the forecast. We told the girls that if it started snowing before bedtime that they could stay up late so they spent dinner and family game time on flake watch. We ate and played with the blinds open so they could be on the lookout for snow. We didn't see any so put the kids to bed like normal.

But then I checked Facebook and my friend Addi said that we had a good half inch of snow and that school was now cancelled, so I ran to the window in disbelief and, lo, there was a half inch of snow on the ground!

We're so used to getting ice pellet storms here that we half expect a snow storm to be noisy, I guess, but this snow fell so softly and silently that we didn't even notice when it happened.

The girls got out of bed to celebrate (Benjamin had already fallen asleep) because, naturally, this meant there would be no school the next day! 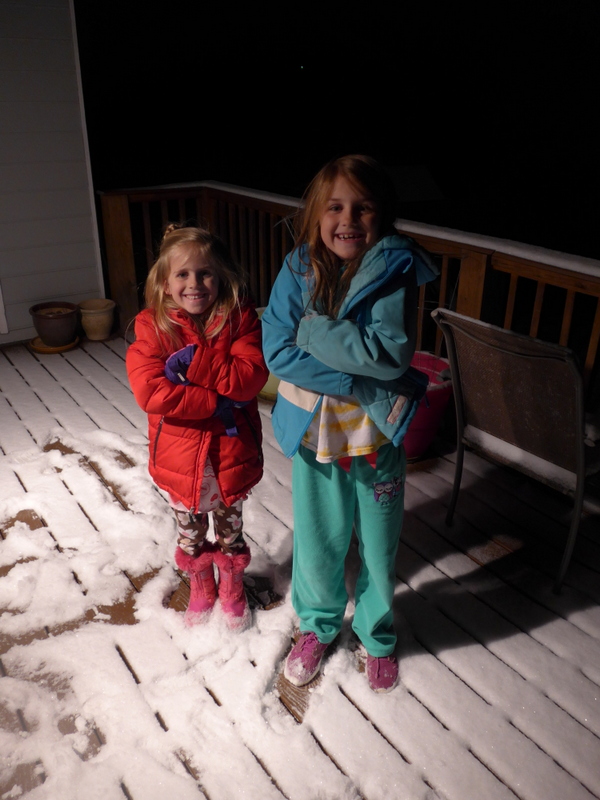 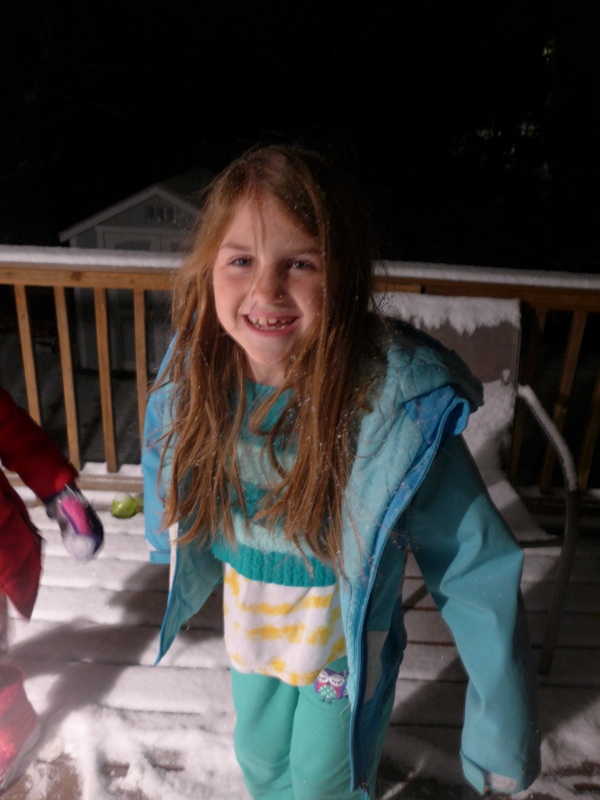 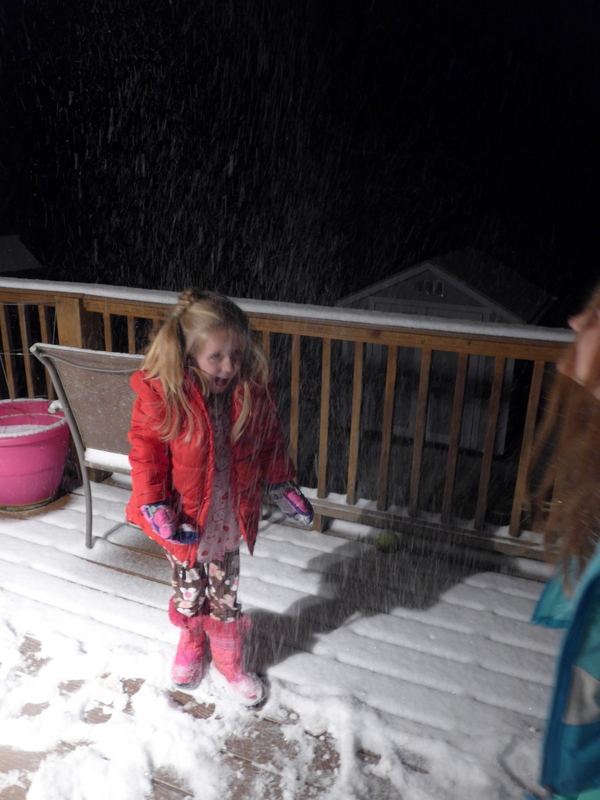 Unfortunately, it was kind of a lame snow day. There wasn't enough snow to sled or build a snowman or anything. Our lawn was poking through everything and the snow didn't stick to the roads or driveways (at least in these parts, though to be fair we did get a bit of ice in the afternoon).

Today we had a two-hour delay because even though it was 53°F and raining there was some concern that it might be slick somewhere (and that's probably true most of the time). I can live with a two-hour delay though. We don't have to make those days up.

"I wonder when we'll make this snow day up now," I mused to Benjamin while we were out on a gloriously sunshine-filled walk. "Snow days sure make me feel grumpy."

"Why?!" he asked. "I love snow days! You can play outside and go bum sledding and get all cold and then come in for hot chocolate and snuggles. That's the best part."

"Yeah, they're not," Benjamin said.

That's my favourite kind of snow day—a bright sunshiny day with 50°F (and then some) temperatures, a gentle breeze, and no snow in sight.

I have a hunch that we're mostly finished with winter weather for the season. We bought snow insurance, you see. When we went sledding in the mountains we borrowed some sleds from our neighbours because we couldn't find any sleds around for purchase. Unfortunately we broke one of their sleds so we had to replace it. We found a three-pack on Amazon and went ahead and bought it.

The package arrived the first day the kids were back in school after the "big" storm we had in January.

"Just watch," I said to Andrew. "Now they'll just sit around unused until next year."

"Surely it will snow again," he said. "It's still January!"

"Maybe," I admitted. "But not enough to go sledding. Murphy's Law."

And wouldn't you know, the kids didn't go sledding on Monday. The girls went outside to play but came back in because they were cold and bored. There wasn't enough snow to do anything fun and none of the neighbour kids dared go outside (it was in the 20s so it was not balmy, that's for sure). Benjamin refused to even put clothes on so he spent the day playing inside wearing only underwear, though he did enjoy some hot chocolate and snuggles when the girls came inside.

Side story: I asked Bridget about bed wetting alarms because I remembered she'd mentioned using them years back. Benjamin has started wetting the bed again several times a night. Potty training this child will be the death of me (or at least my sanity). I got so tired of washing sheets every day that I pulled out the big cloth diapers and have been making him wear them to bed—and you should have seen the fuss he put up about that (he was not happy). Anyway, I chatted to Andrew about her recommendation (the Chummie) and he chatted back like five seconds later saying, "Ordered."

Guess who was dry when we went in to take him potty at 11:30? Benjamin, of course.

Because now that we've bought the thing he would start staying dry again...

Though do I think this will be the end of his bedwetting? Not remotely.

Zoë's finally in bed though, so that's where I should be, too.
Posted by Nancy at 1:14 AM