Almost half of Auntie Josie's suitcase was filled with presents for our family—which was a big surprise since we'd just had Christmas. Here are the kids in their new hats from Naanii and Bumpa: 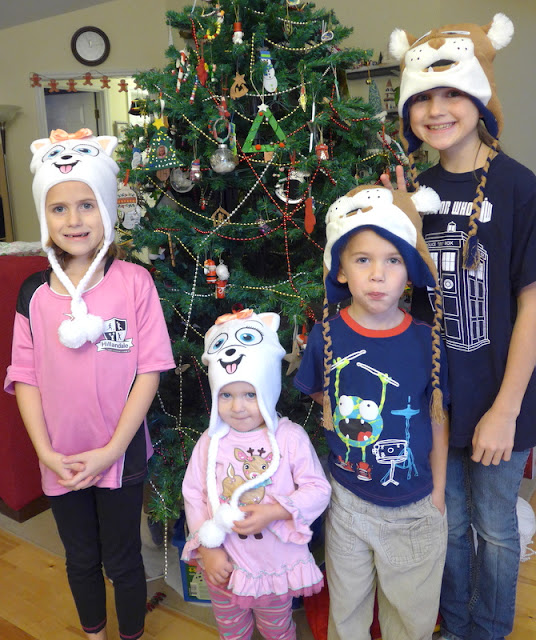 Rachel and Benjamin got Cosmo hats and Miriam and Zoë got cute little white cats. 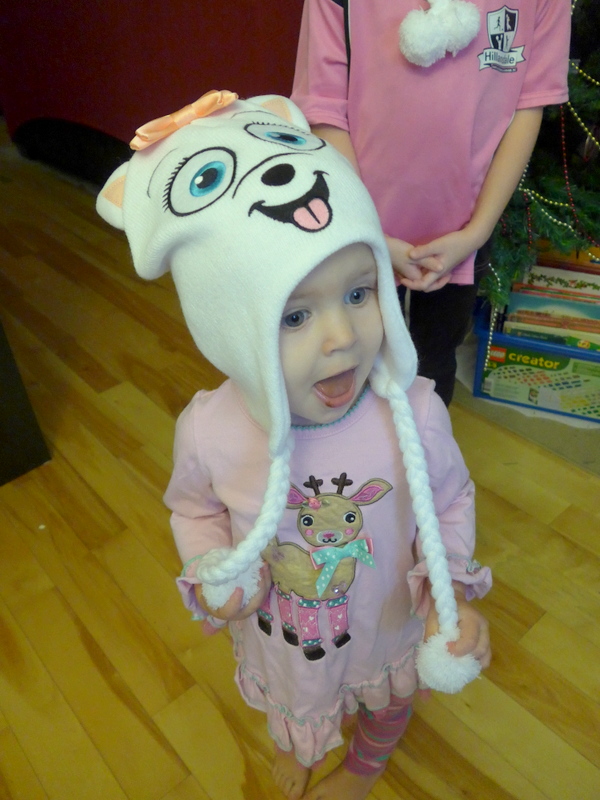 When everyone was finally up and ready for the day (it took us a while because we all stayed up way too late talking) we headed to Raleigh to hit up some of the museums downtown. But first we had lunch in front of the capitol building, so you know we couldn't have gotten too late of a start.

This look that Zoë's giving Auntie Josie in this picture is pretty much how she felt about her the first little while she was here. 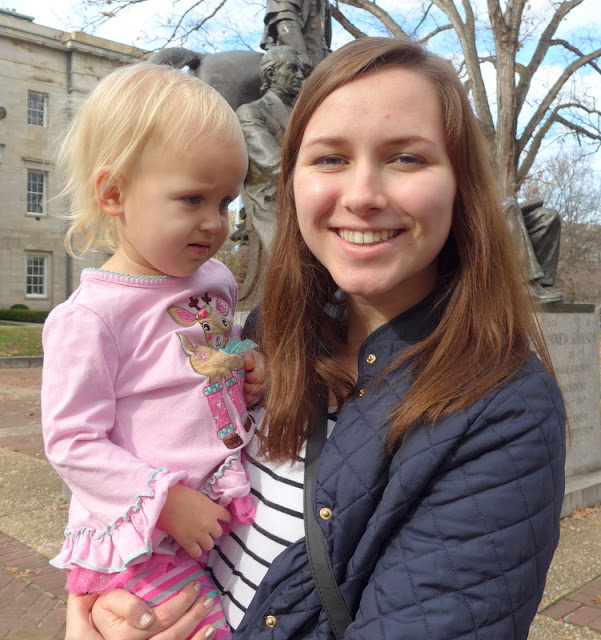 In the morning she walked into the kids' bedroom, came across Josie lying on the air mattress and stopped dead in her tracks before backing out of the bedroom. It took her a little while to warm up to her...but not too too long.

Here's a picture of Benjamin "ka-booming" out of a cannon: 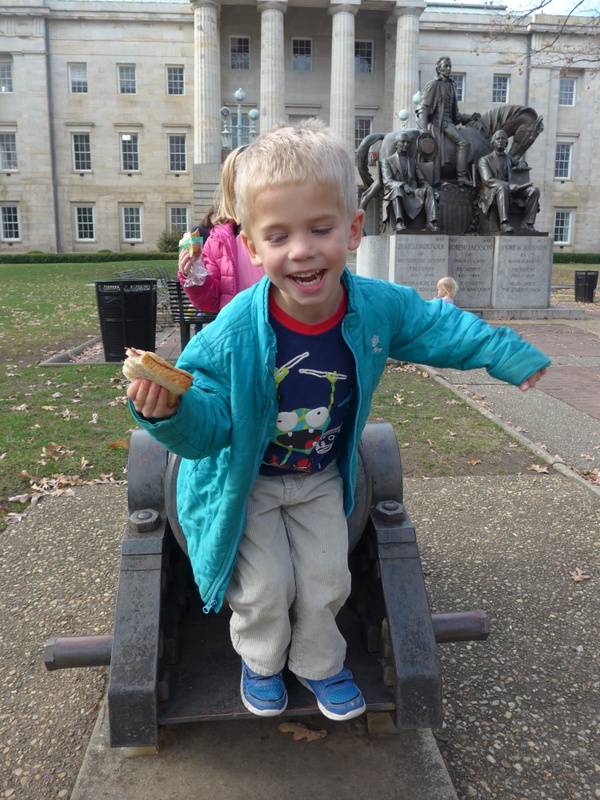 Zoë (surprisingly) let Auntie Josie carry her around quite a bit. Here they are looking at something interesting while Zoë finished her fruit snacks in the lobby: 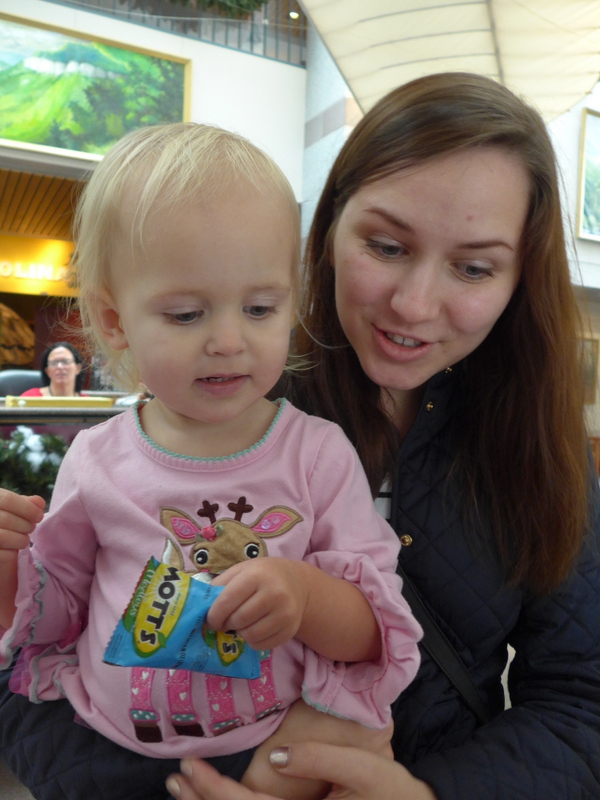 Once inside the exhibit Miriam was thrilled to find a story about Enoe Will because his tribe is the namesake for the Eno River, which we love. 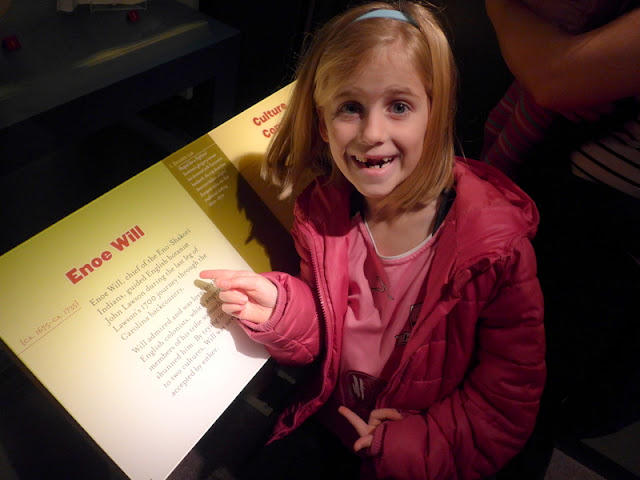 One of our favourite moments from the museum was when we were on the cotton factory floor and Zoë pressed the button to simulate the environment of a working factory: the floor started vibrating and we could hear machines pounding. The only thing we were missing was the "swirling lint." 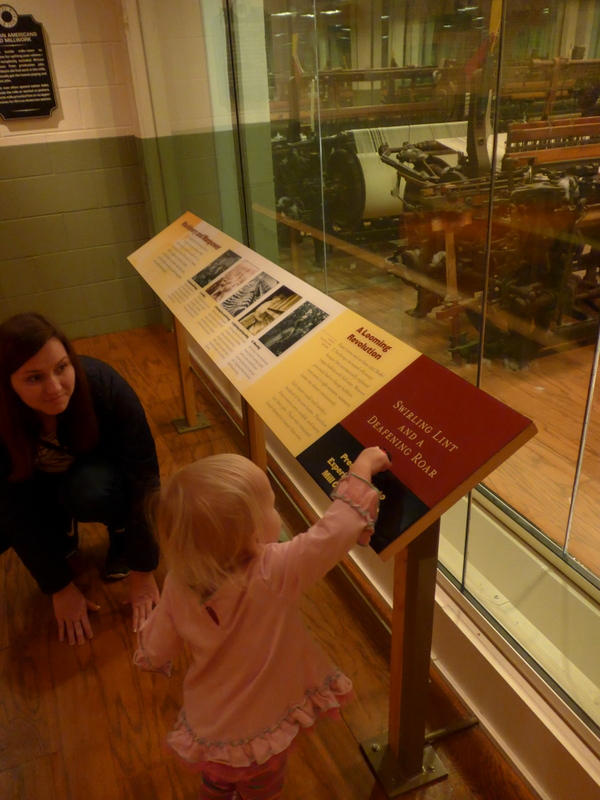 All three of her older siblings screamed and ran out of the room in a panic. 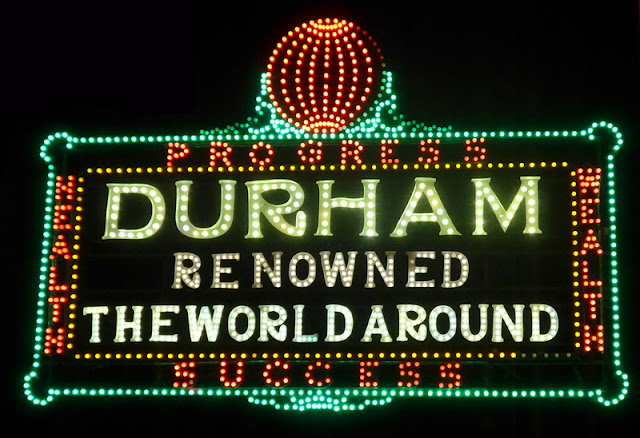 And then, of course, we had to stop to make some pictures as pretty as a postcard: 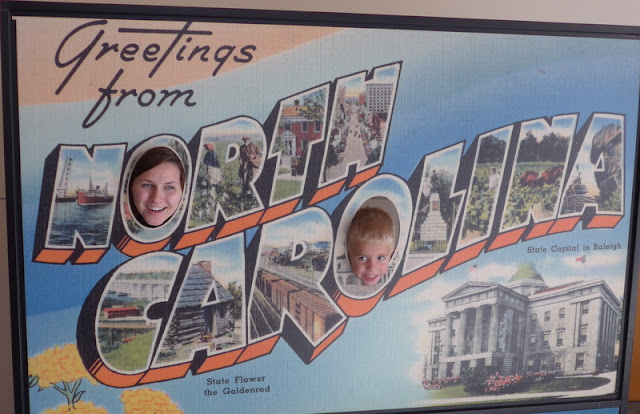 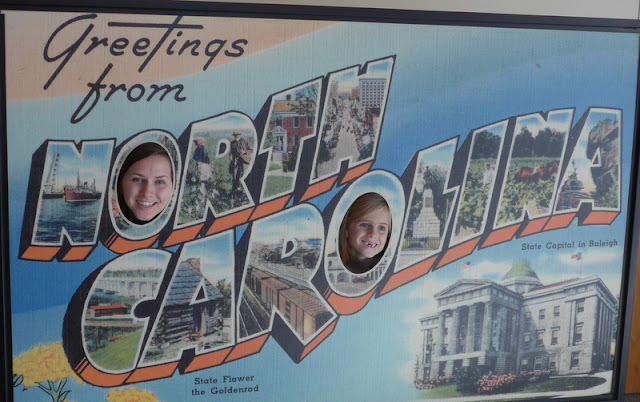 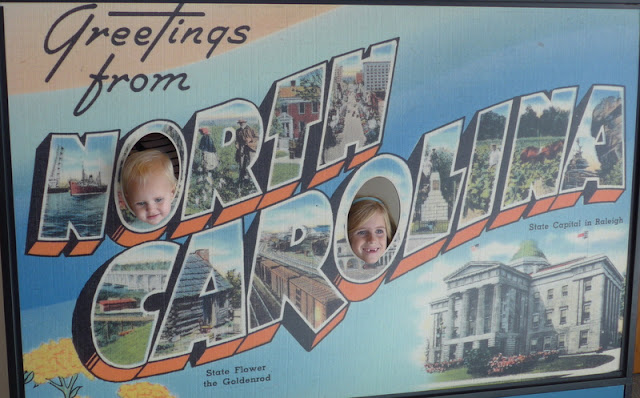 When we were finished we walked through the science museum for a while (but apparently I didn't take any pictures of that). The best part of our visit was when Benjamin set off an emergency exit alarm. We were walking through the Coastal North Carolina exhibit when he suddenly ran off, saying, "Can we go through this door?" and pushed on the bar marked "Emergency Exit Only. Alarm WILL sound."

And tried to just act natural.

Who are those people who let their kid open the emergency exit?

The alarm was eventually turned off, but it took several minutes for that to happen.

Sometimes children are rather embarrassing.

Figuring that our children—especially Benjamin—could use some time in a gated, strictly hands-on area, we went to visit the children's discovery room. The kids had a blast exploring: using magnifying glasses, petting shark hide, handling animal skulls, looking at bugs, acting out stories with puppets, watching a live bee hive, and so forth. Then, after a quick stop to visit the dinosaurs, we were on our way back to Durham.

We finished off Boxing Day at the Rogerson's with dinner and games, which may have been a little awkward for Auntie Josie, but she was a good sport (actually, with her experience as a Young Ambassador for BYU I don't think she felt remotely awkward—she's spent so many evenings at random host families' houses that one more night spent partying with people she doesn't actually know probably came rather easy to her).
Posted by Nancy at 11:58 AM