Miriam's doing cheer right now, or so I'm told. I haven't been to any of her practices or performances yet; Andrew's taken on that responsibility/joy. I was really going to make an effort to go this Saturday since she was having her game followed by a Duke Cheer Clinic, but Zoë was sick so I stayed home with her (because while Miriam will accept Andrew as a mom-substitute, Zoë will not). I made Andrew promise to take pictures though, so he did.

The poor girl forgot her pom-poms, unfortunately, so she had to cheer without them:

She's much more animated this year and seems to know what to do and what to say. I guess that's what happens when you're a big girl of seven rather than a preschooler. 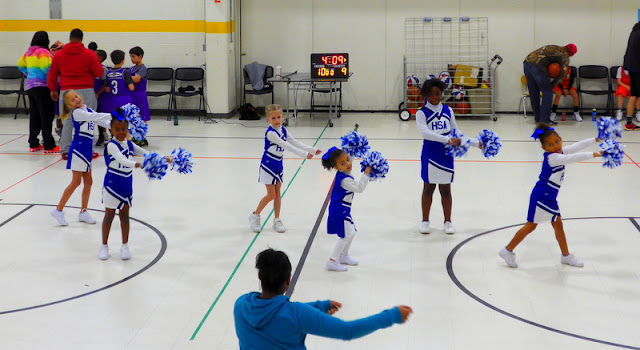 She was still a little upset about missing her pom-poms for the clinic, but put on a brave face and did her best anyway: 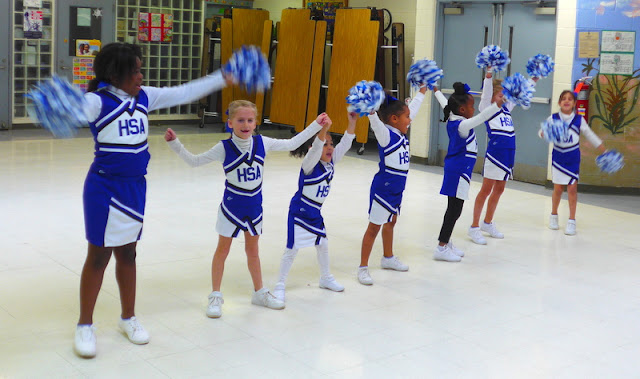 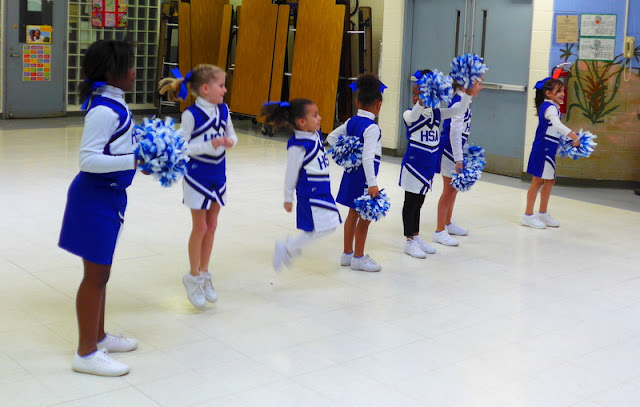 She was thrilled to pieces when one of the Duke cheerleaders noticed that Miriam was missing her pom-poms and offered to let Miriam use her pom-poms: 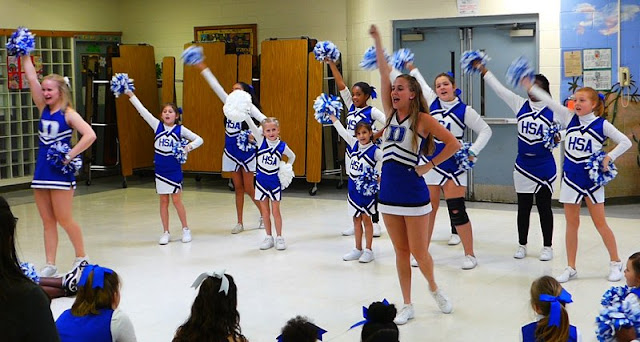 She was so excited to come home and show me the cheers they worked on. She always is. 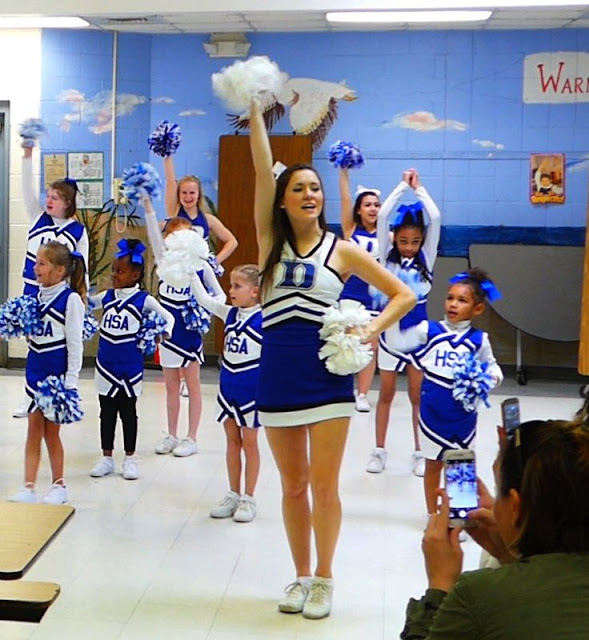 Her coach is really great this time around—she was a cheerleader in her younger years so actually has some experience to draw on (our previous coach did her best but had no clue). I've already learned so much just from Miriam coming home and telling me stuff, for example, I now know what a hurkey jump is. And Miriam knows all about pike, straddle, and tuck jumps. She's developing a good sense of rhythm and is having fun learning some new cheers. 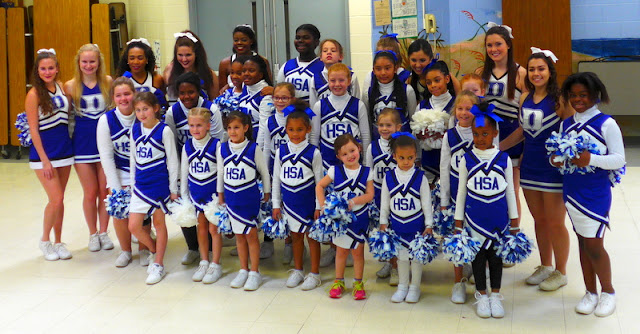 Dribble, dribble!
Shoot, shoot!
Get that ball
In the hoop, hoop!
Posted by Nancy at 9:17 PM