After binge-watching some Fuller House* we tuned into the Fuller House New Year's Eve countdown (because it's midnight somewhere) so we could put the little kids to bed. They were quite shocked when DJ broke the fourth wall and said, "And you need to get to bed. Yes, we can see you, too!"

Then we gave them some glow sticks for our traditional First Walk of the Year. We went up and down the street and then came back home for some sparkling cider (or, as Miriam kept calling it, "Sparkling wine"). 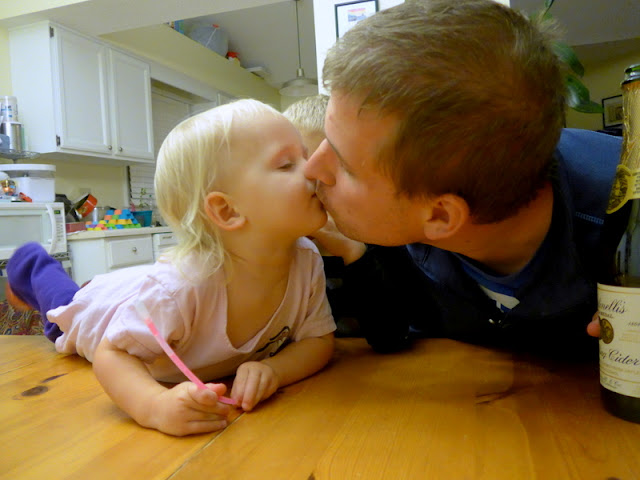 And here she is after her first sip of sparkling cider (it was surprisingly good, apparently): 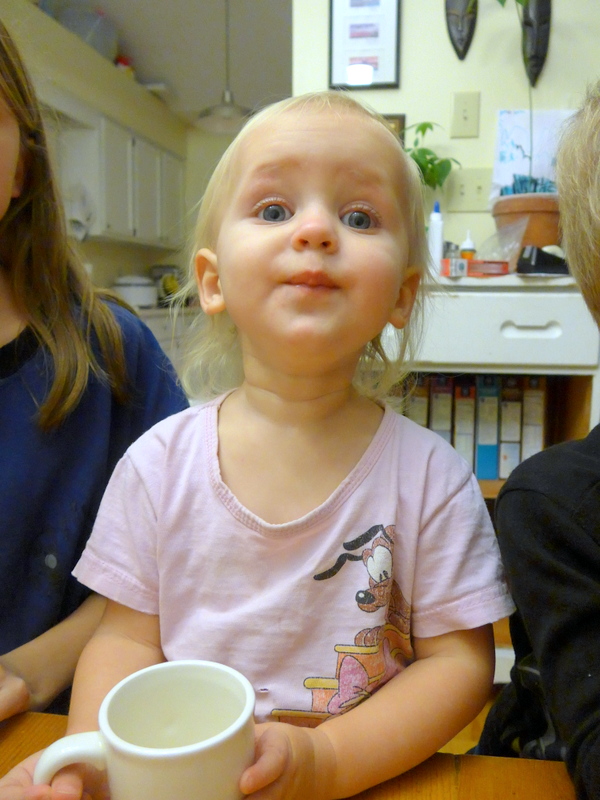 Once we had the little ones out of the way we settled in to play some games with Rachel and Miriam. They wanted to play Ticket to Ride again, but I'd kind of had my fill of that since we played it a couple of times with Auntie Josie, so we played Hand and Foot and Miriam smashed us all!

We still had to wait out the old year for about a half hour so we played a few rounds of Timeline, which was fun. The girls think it's not fair because Andrew and I know so much more than they do...but really the facts on the cards are quite random. I think Andrew won once and Rachel won once.

At midnight we counted down, drank some more sparkling cider, and then put ourselves to bed.

It was a simple celebration but we had a lot of fun together and that's all that matters!