I already wrote about our excursion to Greensboro, so all that's left, I guess, is to write about Auntie Josie's last day with us and our trip to the Museum of Life and Science. We thought about going to Duke campus instead of the museum, but ultimately the idea of making the children behave appropriately in an adult-centric environment once again seemed too overwhelming so the museum won out because there they are free to act like kids.

It was rather chilly (compared to the rest of the week) so we spent most of our time inside, going outside only to make our way from the main building to the butterfly house (and, you know, stopping at the music-making station and the farm and the playground on our way).

Here's Auntie Josie and Benjamin outside of the butterfly house: 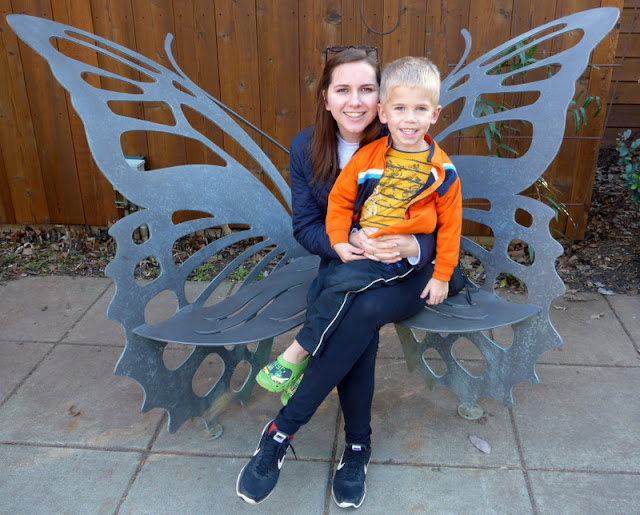 We spent some time observing other critters before entering the butterfly area: 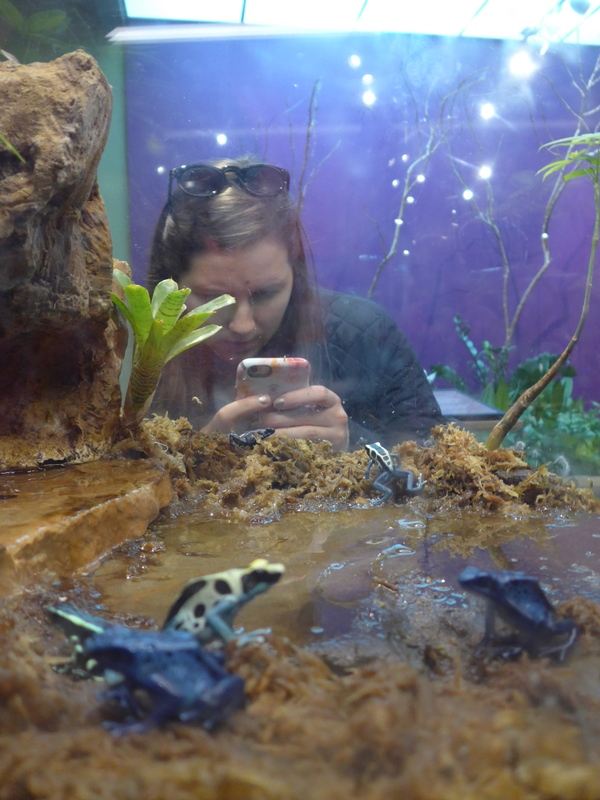 There were some beautiful flowers in bloom. 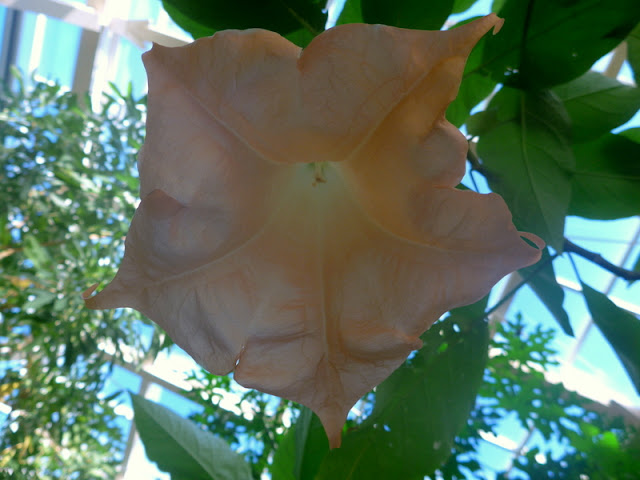 They were almost big enough to use as hats! Rachel wasn't quite tall enough to reach the ones in full bloom but she tried on one that was just starting to open. 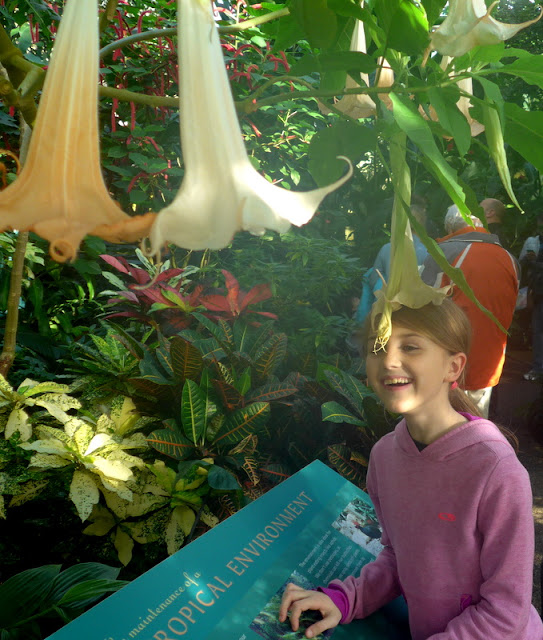 When Benjamin saw this he declared, "It's a butterfly feast!" 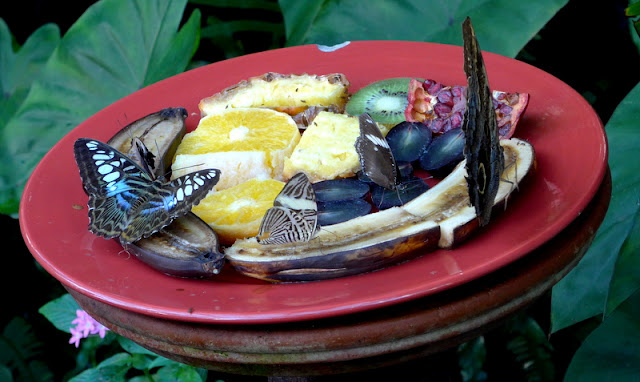 We sat in the lobby for a while and worked on this puzzle while I nursed Zoë to sleep (she was so incredibly grumpy). 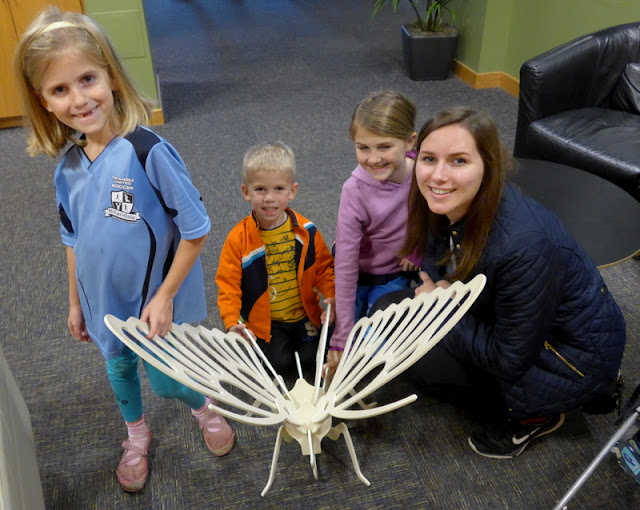 She had a successful little snooze snugly cocooned in her jacket while everyone else dug for dinosaur bones. 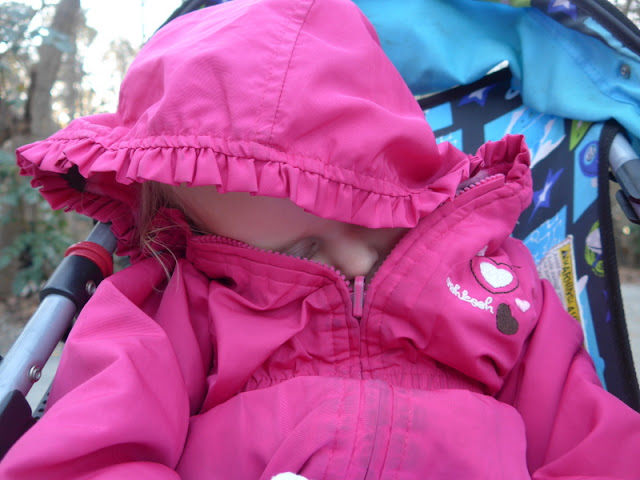 We didn't find much, but I think we had fun anyway. 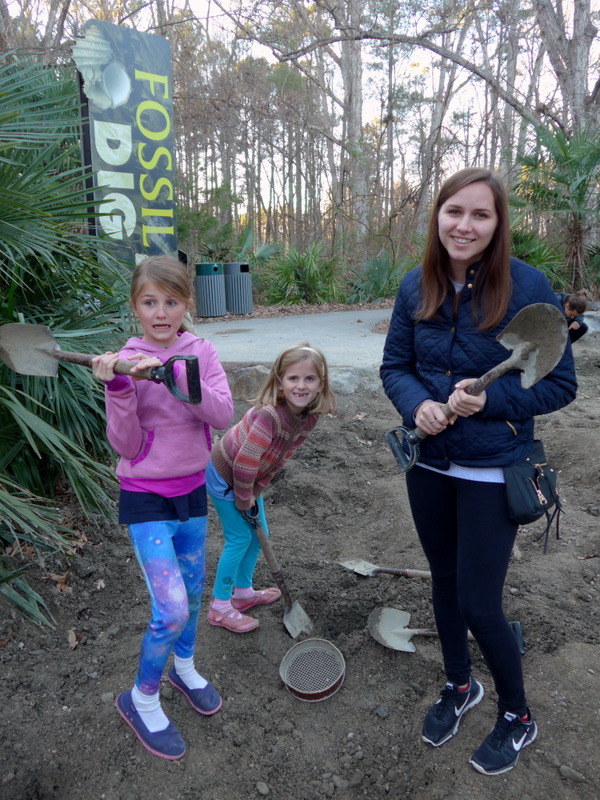 And no trip to the museum would be complete without a ride on the parasaurolophus: 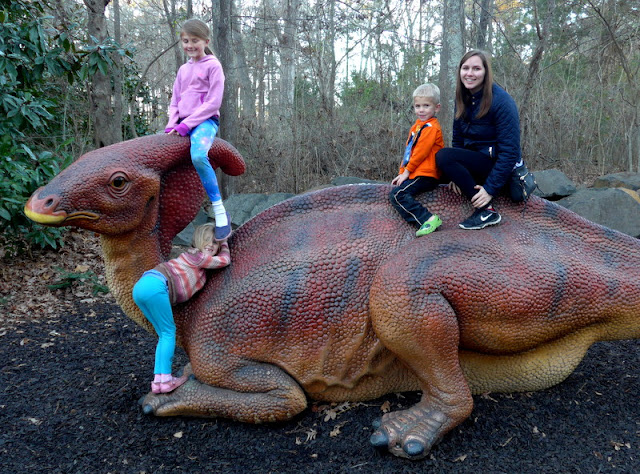 That evening we played Ticket to Ride after we put the little ones to bed and it was the most intense, cut-throat game ever! Emotions were running high, people kept cutting each other off (and relishing in it)... 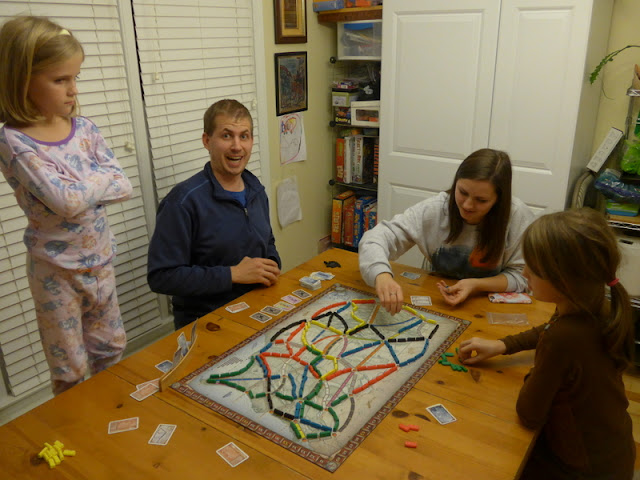 ...but I think we managed to come out of it with all familial relationships intact. 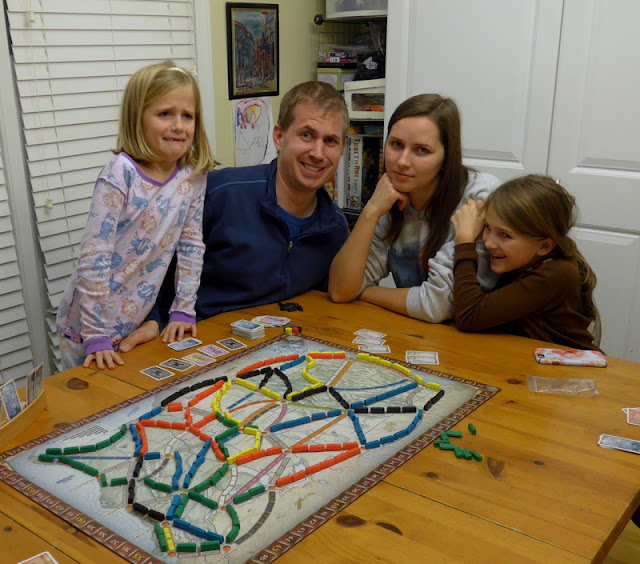 Too soon it was time to say good night and goodbye to Auntie Josie. 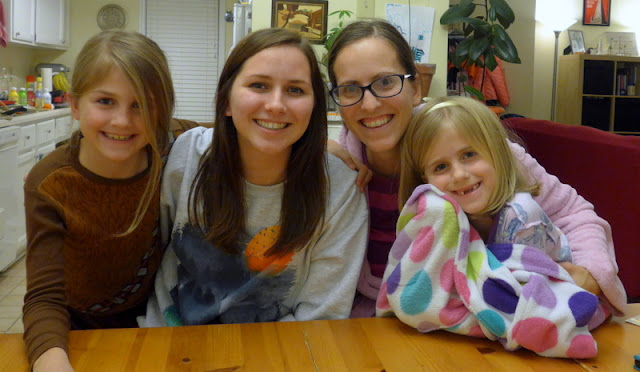 Some of us didn't want to let go of her: 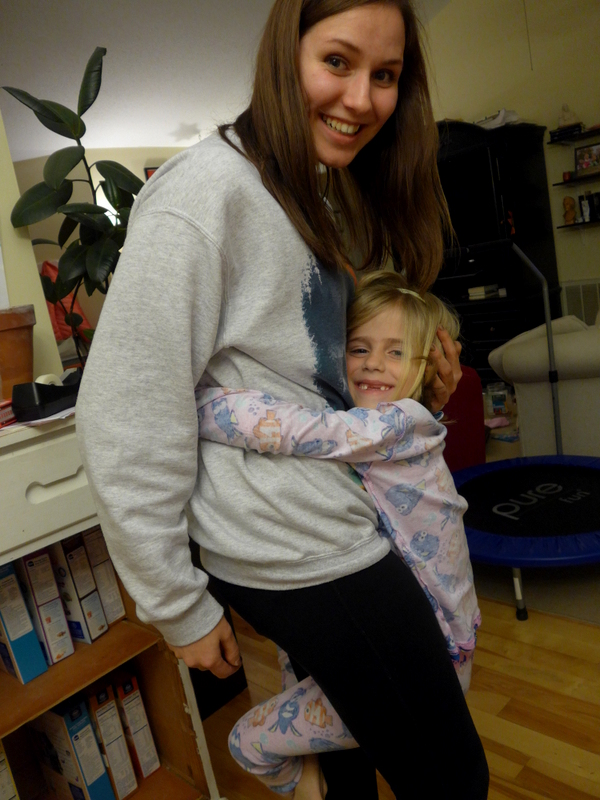 It was so fun to have her come out! The kids loved spending time with her and I loved chatting with her until all hours of the morning. I'm still getting used to doing my own dishes again. Even if we hardly ever got her name right, we're sure glad she came out!

Rosie was our last visitor, so the kids kept slipping up and calling Josie Rosie instead. We've always known that Josie and Rosie's names were similar...but then I had to go and name my baby Zoë!

Those names are all so close! It doesn't help matters that my sister will answer to "Jo" and that Zoë often goes by "Zo."

And then there's Rachel, who looks quite a bit like Josie, don't you think? 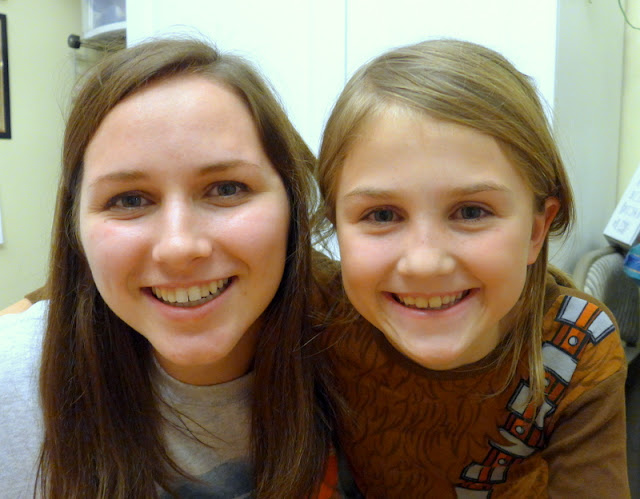 It's a wonder I can keep anyone straight.

Here's the face Miriam chose to pull for her parting portrait with Auntie Josie: 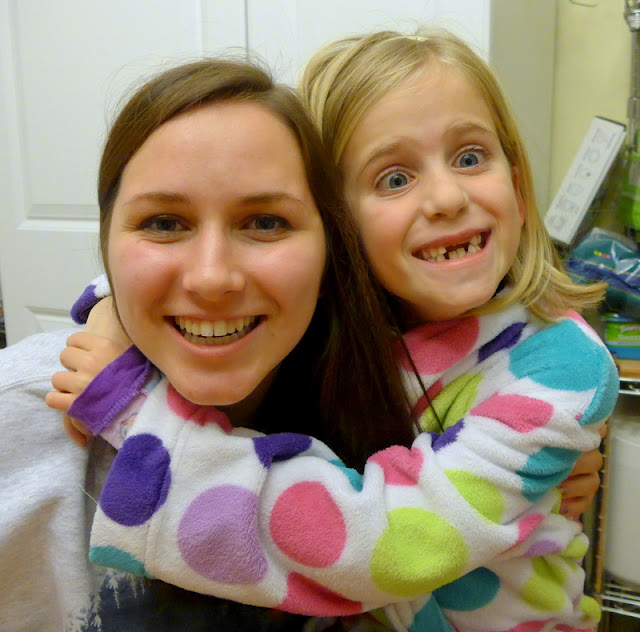 Auntie Josie was long-gone by the time the kids woke up on Saturday morning, but they sure were happy to see her when we video chatted yesterday!
Posted by Nancy at 2:40 PM