Below are pictures of the toenail that I'm sure cost me an arm and a leg to remove, but I just could not pull it off myself so I texted Andrew and begged him to come rescue me (he'd taken the van to Duke today since it was raining). While we were waiting, Benjamin and Zoë stroked my arms and kissed my cheeks and brought me a nice glass of ice water.

Andrew's hopeless when it comes to this kind of thing, but he drove me to the doctor, so that was nice.

Once my toe was numbed up, the doctor grabbed a big pair of scissor-tweezer things and wiggled and yanked until my toenail popped off. Honestly, it didn't make anything feel better (except for the lidocaine part) but at least it's gone now.

Next time I'll be sure to rip the whole thing off in one blow. And there will probably be a next time because this toe has no hope. It's the toe I broke in high school (and by "I broke" what I mean is "Jake broke") during ballroom, causing "profuse" bleeding and, a few days/weeks later, the nail to fall off. It also took a beating during the "Halloween Half" marathon a few years ago—seven miles of downhill running was harsh and, yup, a few days after the race I started shedding toenails, this one included. At this rate I'm almost positive there will be a next time for this particular toe.

The doctor suspects I may have broken my toe as well (fun times) but we decided to forgo an x-ray because the treatment would be nothing, so knowing for sure whether or not it's broken is...pointless.

And now for pictures (feel free to skip this part; I kind of don't like my feet anyway but they're extra unpleasant in these pictures): 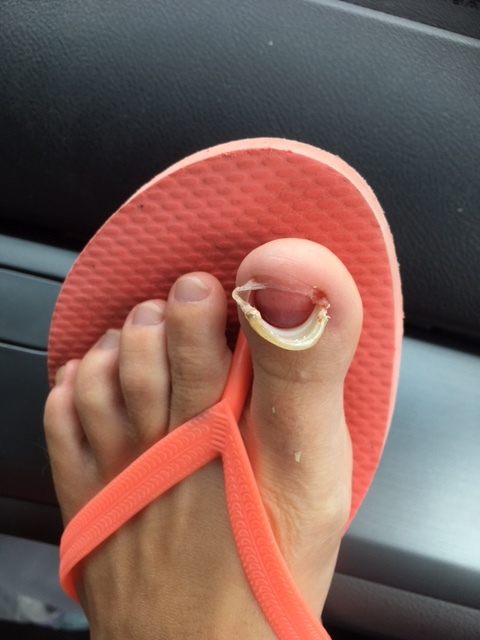 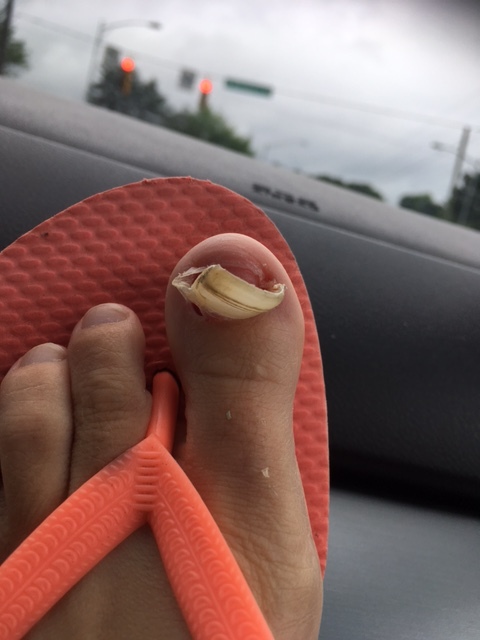 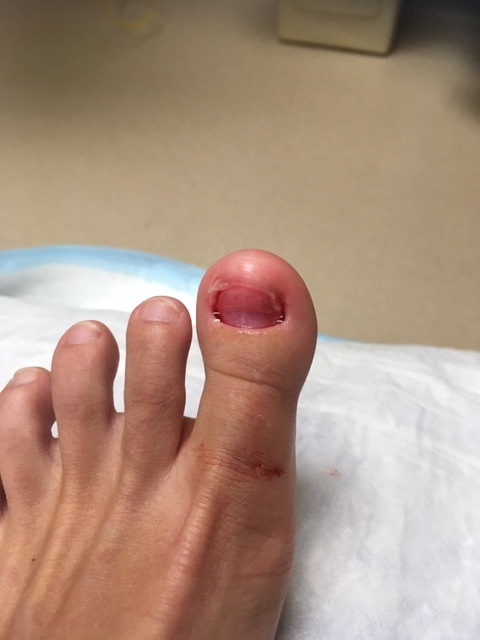 And now it's all bandaged up like a mummy (and throbbing like the dickens).
Posted by Nancy at 9:40 PM