The cute, the sweet, and two-ness

Can I take a moment to brag about how cute my baby was for church today? Good. Because she was adorable. She even wore shoes to church for the first time in a long time (she's always so eager to run out to the car that she goes barefoot and then one of her big sisters will buckle her in and then I'll leave the house and never check her feet (which is probably better for her sweet baby toes, truthfully))! And she let me do her hair. 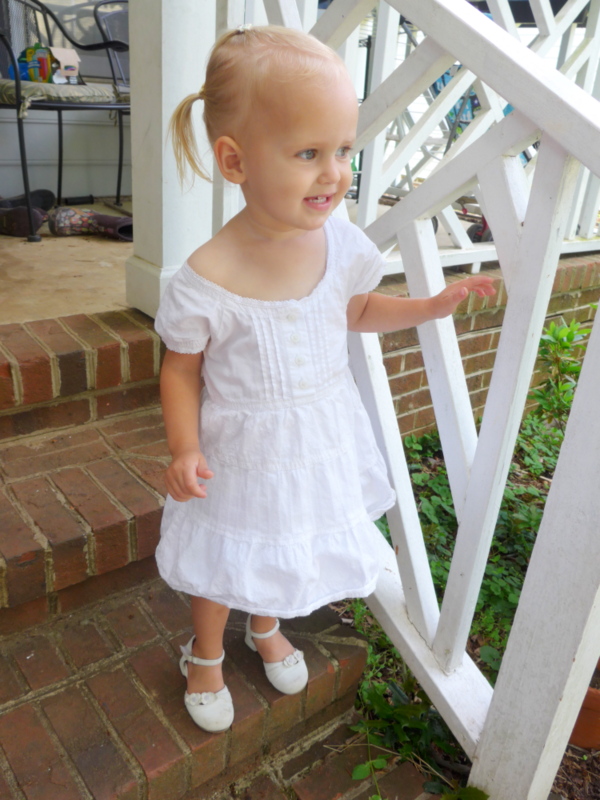 She actually loves to have her hair done—she loves brushes and bows and flower clips (and has words for all these things: bush, bow, and fow-fur)—she just doesn't always love to leave it in, so I made sure to take a picture before we left for church. 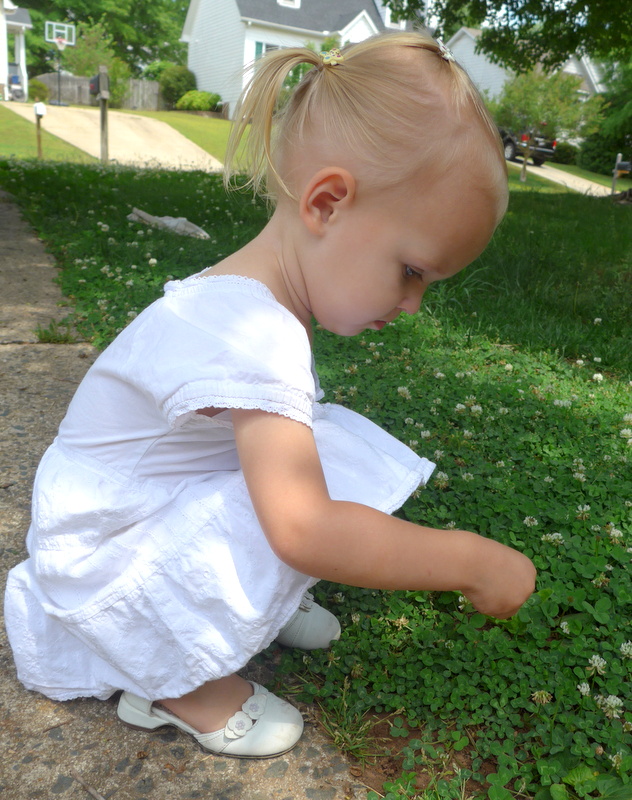 Her hair is officially long enough for pigtails! I've tried in the past but it's all fallen out because her hair on top is so much shorter than her hair in the back. I still have to do a little ponytail on top, but at least it then stays in its designated pigtail. 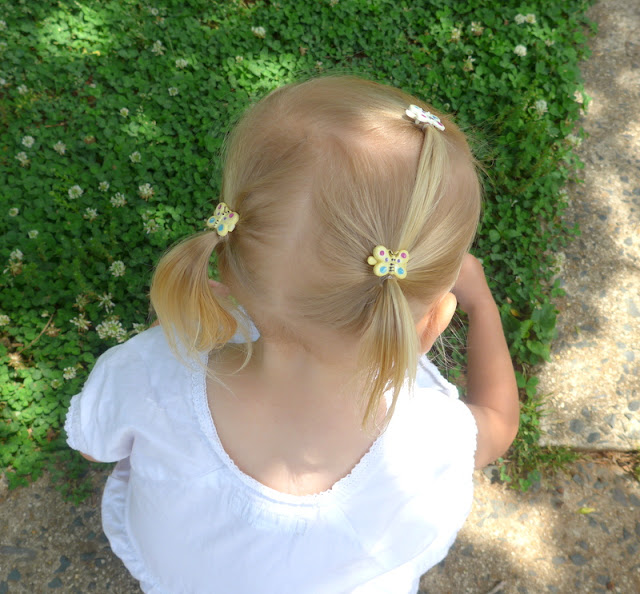 The TLDR (too long, didn't read) version is that my dear (very pregnant) friend who was sitting directly behind us (and who, much to her delight, would soon go into full-blown labour) leaned over at the end of sacrament meeting and said, "When's Zoë's birthday again? Did she just turn two?"

"Not until May," I said (because, of course, this conversation happened way back in April).

"Oh, so soon, then," she laughed. "She seemed to be behaving like a very opinionated two-year-old today. Not that she wasn't opinionated before. She just seemed...very two today."

I texted Andrew at about sometime in the morning to lament that if we were to ever leave the house it would be a miracle. Benjamin was still in his pyjamas at 11:40. He was such a slug.

Fortunately the girls were on top of everything, including picking out an outfit for their doll baby sister. All I had to do was her hair.

By some miracle we managed to be in the van by 12:02 and hit every light just right (must be living right), pulling into the parking lot just two minutes late for choir practice, which the kids were fine for (or at least their behaviour was such that they needed no immediate intervention).

After choir practice a special men's chorus rehearsed, which was fine because the organist wasn't there yet anyway. Andrew walked into the chapel at 12:57 and noticed that the organist still wasn't there. "I'll fill in until she gets here," he thought as he reverently jogged up to the stand. But then he remembered that he hadn't found anyone to give the opening prayer.

"Will you give the opening prayer?" he asked me. "I haven't found anyone yet and I have to play the organ..."

I agreed to say the prayer and thought to myself, "That's right. Sister B. asked him to sub for her a couple of weeks ago. His meetings must have run late."

It took him much longer to remember that he was the organist for the day. In fact, he wouldn't remember until he was halfway through the opening hymn. "Oh, yeah! I'm supposed to be the organist today."

Rachel said she could keep an eye on Zoë while I prayed, and she did. She watched her march all the way up to the stand. Fortunately she didn't do anything too disruptive while she was up there. But down in the pews? Man, alive!

For some reason she decided that she wanted to climb over the bench to the one in front of us. I stopped her the first time. And the second time. And the third time. And then I gave up because her little fits were (maybe?) more distracting than her climbing was.

She grabbed a handful of bread from the sacrament tray and then pitifully wailed for "La-lo!" until that came around, refusing to get ready for prayer, and being generally obnoxious.

When she ran away from me (for not the first time, but certainly the last...at least during this meeting) Andrew calmly walked down from the stand, picked her up, and hauled her out. Thank goodness.

And behind us my friend's son whispered, "Why is Zoë's dad doing that to her? She's not crying."

"Well, no," my friend agreed (because often that's why children are taken out), "But she's not being very reverent, is she? She won't sit still."

"Sitting still is hard!" whispered the squirming child behind us (probably (most definitely) aching to get up and join Zoë's shenanigans (I know this boy fairly well)).

When they came back in, Andrew announced that Zoë was "ready to colour." And she was. But she had very particular ideas about which kind of crayon she wanted to use (wax? pencil?) and would throw anything that didn't suit her fancy. There was a lot of the use of the word "MY!" and quite a bit of snatching.

She also demanded that I draw certain things for her.

I drew a few hearts. And then a happy faced-sun. And then, when she didn't request anything for a bit I went ahead and added about half a cloud...which was way out of line.

She pushed my hand out of the way and scribbled over my drawings with dark, heavy lines until she was (melodramatically) out of breath from the effort.

Apparently we were starting over. No clouds this time. Clouds = bad.

At the end of sacrament meeting when all our primary children had filed away (six of them between us) I leaned back against the bench and said so my friend could hear, "Phew! Another Sunday down!"

My dear (very pregnant) friend who was sitting directly behind us (and who, much to her delight, would soon go into full-blown labour) leaned over and responded, "When's Zoë's birthday again? Did she just turn two?"

"Not until May," I said (because, of course, this conversation happened way back in April).

"Oh, so soon, then," she laughed. "She seemed to be behaving like a very opinionated two-year-old today. Not that she wasn't opinionated before. She just seemed...very two today."

She was sweet during nursery, though. Her little friend W. joined our nursery class because he just couldn't get comfortable in the younger nursery class. He had a hard time in our nursery class as well, but he did alright. Zoë did a mostly good job of sharing Mommy's lap (because W. only wanted to sit with me) and she offered W. lots of hugs and kisses (some of which he accepted and some of which were less than welcome, but still sweet). She was very compassionate and did her best to keep her jealousy in check (because this lap belongs to her, don't you know?).

(Many days at church with small children are challenging; I imagine days with big kids are challenging as well. Probably even days with no kids. Some days are just hard. But hard is good.)
Posted by Nancy at 1:09 AM