A day of animals

Yesterday Benjamin captured a beautiful Pandora Sphinx moth. He kept it in a container for observation, and wanted to keep it forever, but I was able to convince him that it was better left in the wild. 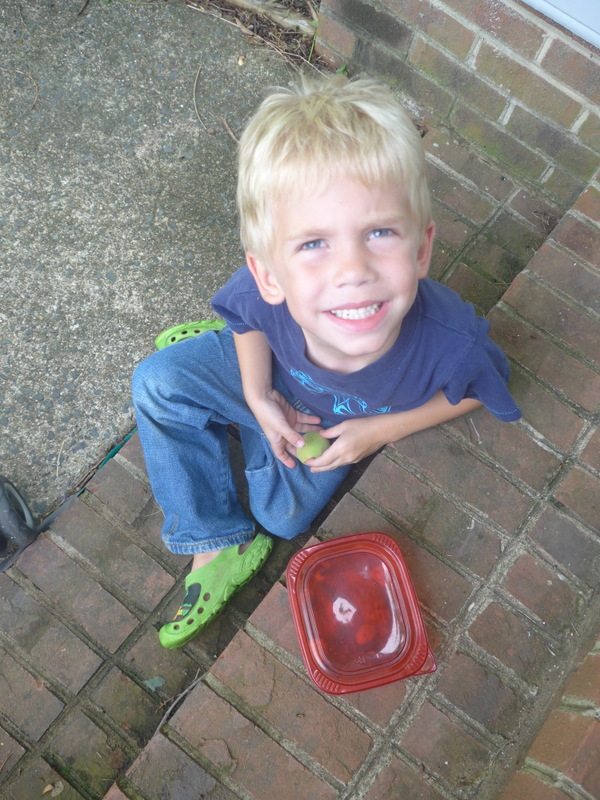 When he let it go, it sat on the steps for a minute, rapidly vibrating its wings (and creating a fascinating whirring sound) before it flew off to rest on the window screen. 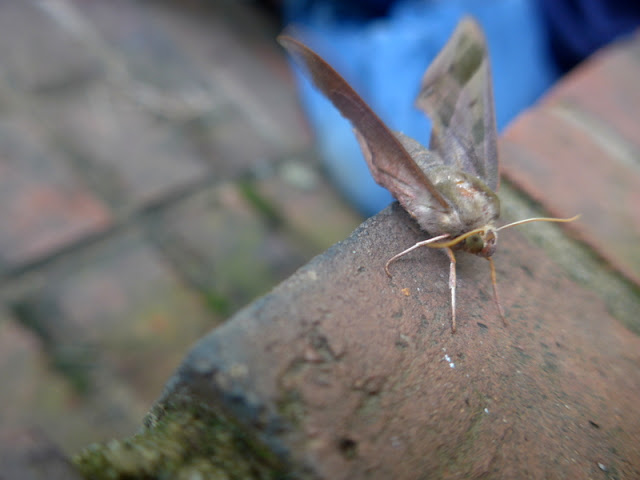 On our walk we saw: a baby snake wildly slithering across the road, several different species of birds flitting about (the kids are sad they'll soon be saying goodbye to cardinals and bluejays), a squirrel leaping from picket to picket on a neighbour's fence, and another squirrel scampering away with a stolen peach. We saw a cat, sitting in a windowsill, watching all the action (and probably anxiously wishing it could get outside to pounce on something), and met many dogs out for their morning walks as well. The neighbourhood was a flurry of activity!

Our friends found a fawn that had been hit by a car (it later died), and the kids found a toad in the backyard.

It was certainly a good day for wildlife sightings!

Miriam was the only one brave enough to handle the toad, but I believe at least one other child touched it (Benjamin definitely did; I'm not sure about either Rachel or Zoë). 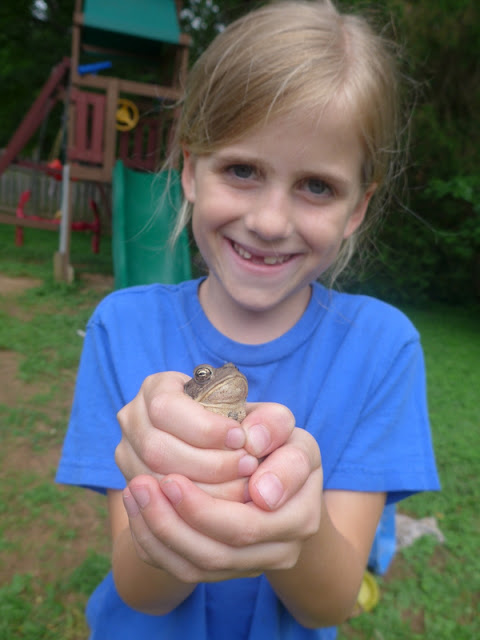 Zoë named it Honey and the kids made it a little habitat in the swimming pool. I'm not sure the toad was entirely happy about the circumstances ("That poor toad is going to regret ever setting foot in our yard," I remarked to Andrew), but it sure kept the kids occupied throughout the afternoon! I made them let it go before dinner and I'm sure it was more than happy to hop away. 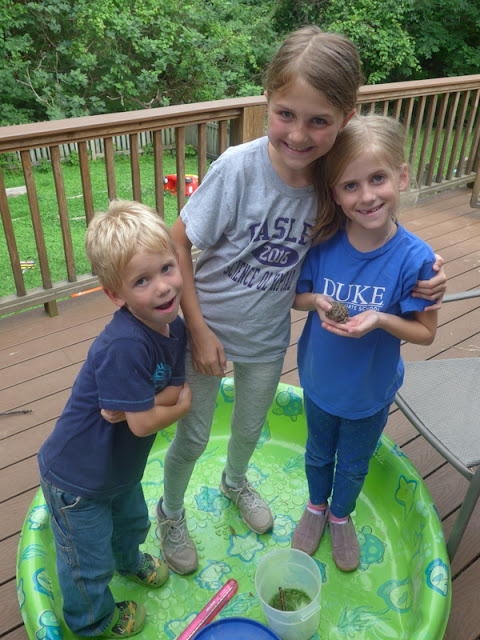 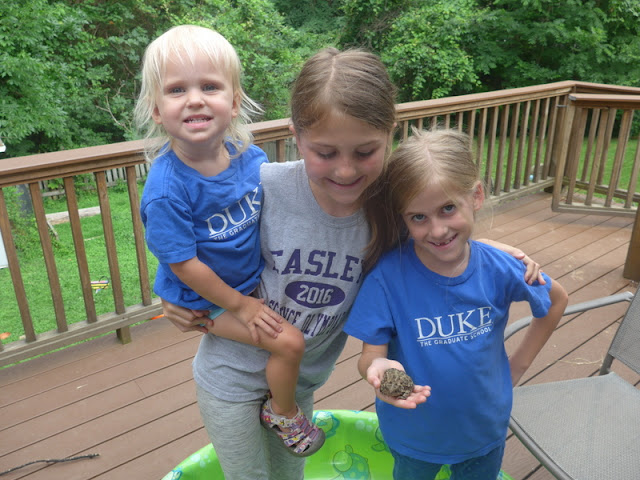