Wrapping up the school year

Yesterday the kids had their end-of-year celebrations and since I'm one of three room parents in Miriam's class and the room parent in Rachel's class, I got to do a bit of the planning and carrying out of said celebrations (they are always celebrations; never parties (school is not for partying)).

Fortunately, one of the other room moms in Miriam's class took over the bulk of the planning and grade four decided to do a grade-level celebration, which meant I got to plan in conjunction with the room parents from the other grade four classes because...I'm kind of feeling overwhelmed with life right now. I don't know how I would have pulled off two end-of-year activities on my own, so I'm glad I didn't have to! 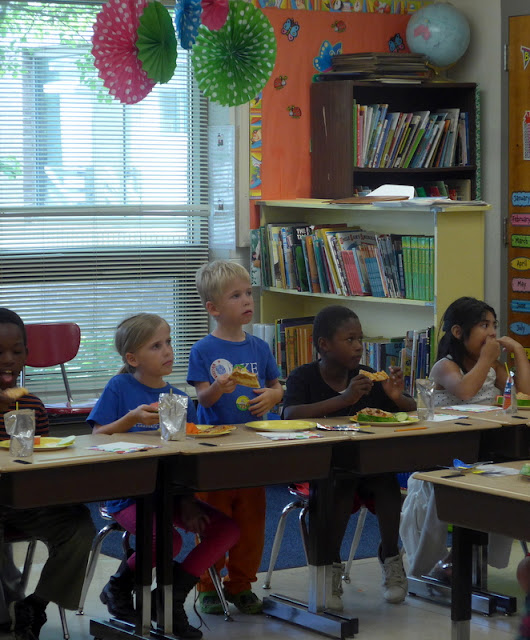 You'd think that would have filled him up, but he was more than anxious to hop in line with Rachel just a few minutes later. 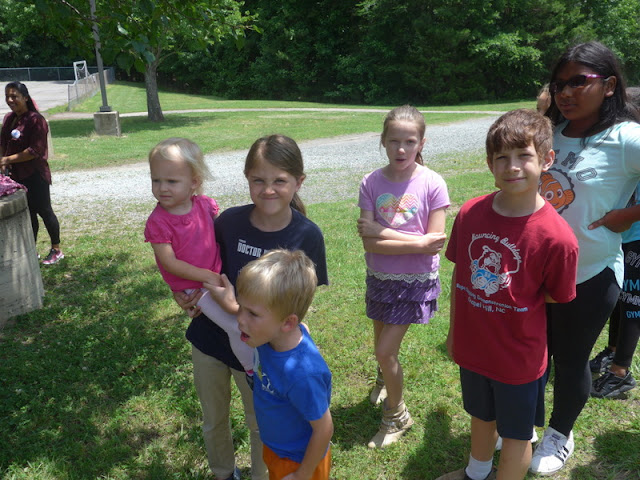 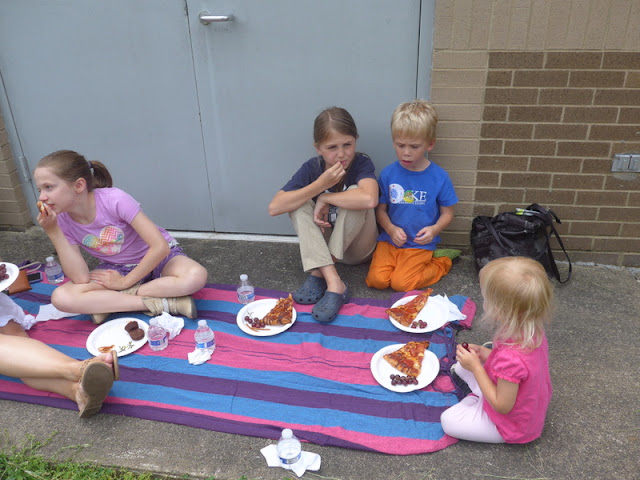 I don't know how finances worked out in Miriam's class, but each student was asked to contribute $5. They got pizza from Little Caesars, which just happen to cost $5 each. I assure you each child did not go through a pizza. And, sure, they had veggies and watermelon and popsicles, but, I'm positive they had a lot of money leftover (which was probably used as a farewell gift for Ms. G) because in grade four we asked for a $4 donation for pizza day and we ended up getting pizza from Costco (which is slightly more expensive than Little Caesars), along with grapes and carrots and pretzels and ranch and brownies and water and...we had about $40 of cash leftover per class.

So, I think we slightly overestimated. I just got a gift card for our teacher. Teachers spend so much of their own money on supplies that I don't feel bad doing this at all.

I made the girls some business cards to pass out at school so they can keep in touch with their friends after we move. They were excited to hand them out: 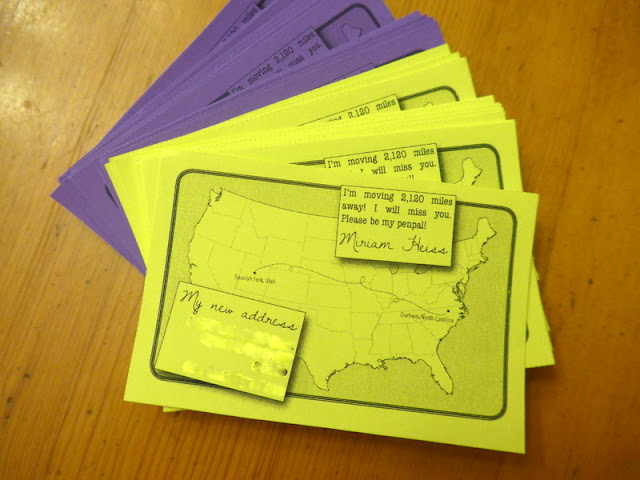 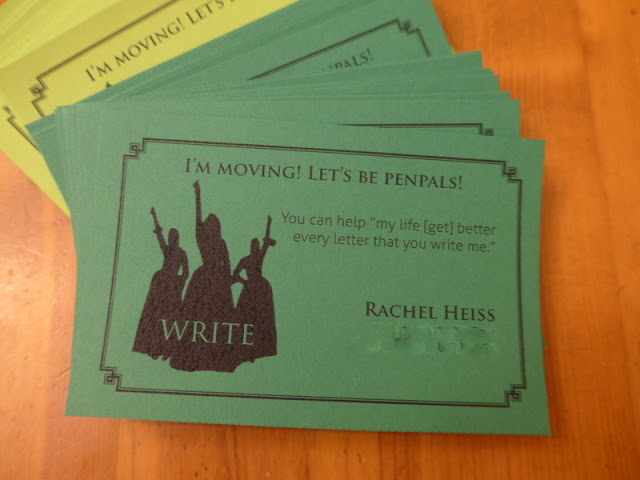 Miriam caused a bit of drama in her class because, as you probably noticed, there are two different colours of cards. One has just our street address on it. The other one has our street address as well as their (parent-monitored) email addresses. When you hand something out at school the rule is you have to have something for everyone—like, birthday invitations? Those aren't allowed in school unless you invite the whole class. So I knew we had to have something for everyone...but the girls weren't sure they wanted everyone to have their email address.

The solution we came up with was to print off two kinds of cards.

Miriam accidentally explained to a purple-card kid that she was only giving the yellow cards to her "best, best, best" friends, while everyone else just got a purple card.

I caught a picture of my girls getting off the bus for what may well be their last time (in a long time). We've appreciated having the option to bus here but are sure looking forward to being within walking distance of our new school! 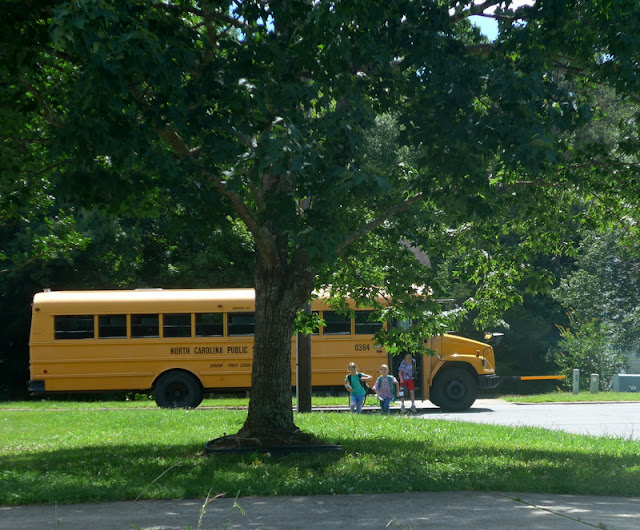