A few last pictures with Arwyn

Before Auntie Emily (& co.) left (on Saturday), Miriam requested that she get to hold both babies at the same time, so I helped her get situated for double cuddles. I don't know what's so exciting about holding more than one baby at a time but something about it simply is. 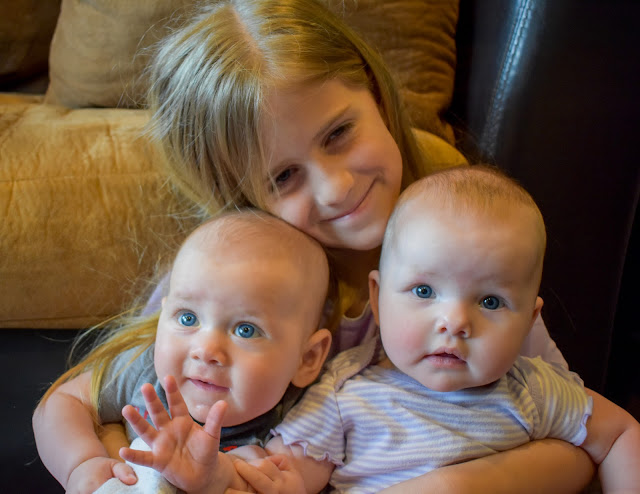 Alexander, always on the lookout for something to eat, shoved Arwyn's thumb in his mouth and started sucking on it. Silly boy. 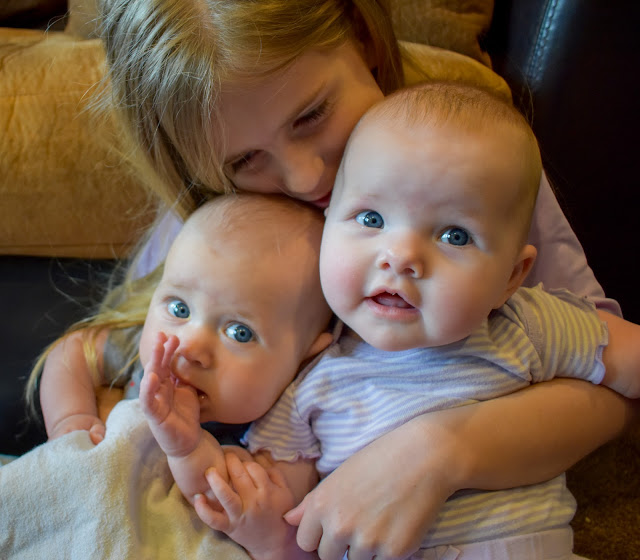 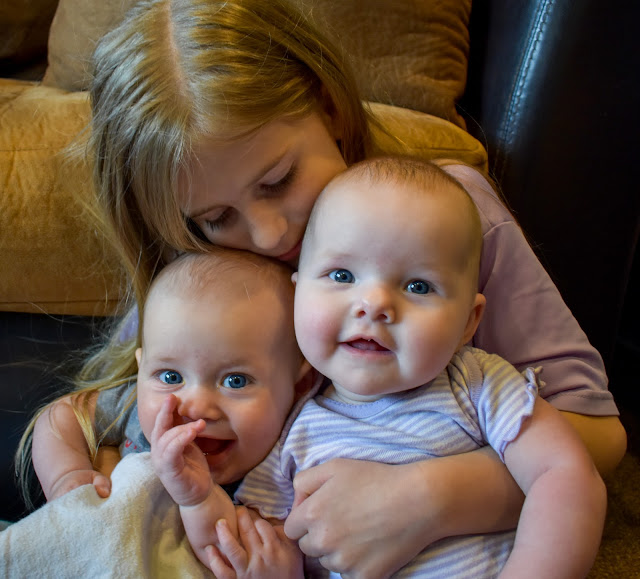 Here's Grandpa getting his double dose of baby after his morning bike ride: 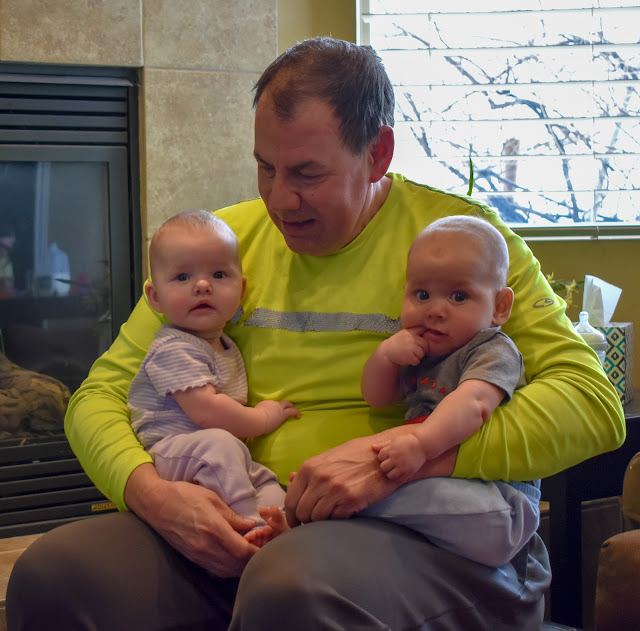 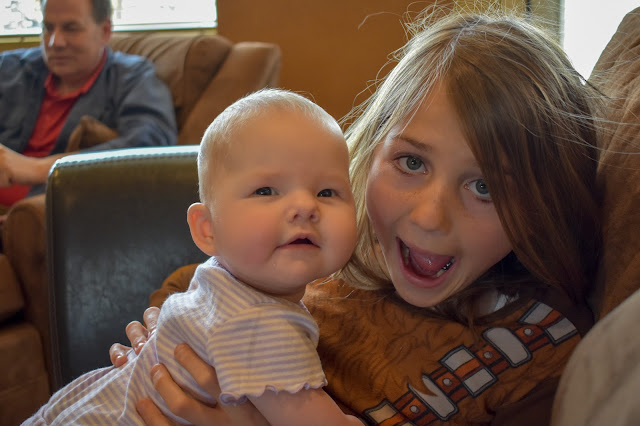 Rachel had a "late night" birthday/pyjama party on Saturday night so she was determined to stay in her pyjamas the entire day (and did so). "Late nights" here aren't very late, which is why the term lives in quotation marks. Andrew and I joked about them not being very late (ending at 9:00, folks), instead they are just a little bit tardy. Tardy parties!

Anyway, Rachel was playing the "squishy face game" with Arwyn (one of her favourite past-times with Alexander) so I took a few pictures of that. The squishy face game has an inherent, nearly inexplicable hilariousness about it (seriously—why is this so funny?! It's not nearly as funny on a full grown person, but squishing a baby's face? Hil-ar-ious), much the same way holding two babies feels so extra.*

I really need to take a few pictures of the squishy face game with Alexander before he loses his baby chub but, to be honest, at the rate he's gaining he's not in any danger of losing any chub any time soon...

I was going to close with some sentimental statement about being down to only one baby in the house, but that would be a lie because Diana's out here with her youngest few and this afternoon I found myself briefly carrying two babies around the house again. There's no lack of baby to hold around here!

(But we still miss Emily and her kids.)

* I love it when old people try to use cool phrases.
Posted by Nancy at 2:18 AM