This year Benjamin wanted a Star Wars cake. More specifically, he wanted a reprise of rainbow Darth Vader cake from his fourth birthday, but my cake stuff is still packed away so instead he settled on a Millennium Falcon cake. Andrew assured me it would be super easy—"It's just a circle with two points sticking out," he said, ignoring the finer details of the cake.

I'm such a Star Wars luddite that my children kept calling me out for saying Millennial Falcon rather than Millennium Falcon. Apparently this is an important distinction. Rachel even pulled up a meme to mock me with:

Thanks for that, Rachel.

I keep calling it the Millennial Falcon just to make her roll her eyes at me and moan, "Moooooom!" in that exasperated way only a preteen can manage.


So, anyway, this is the cake that I came up with: 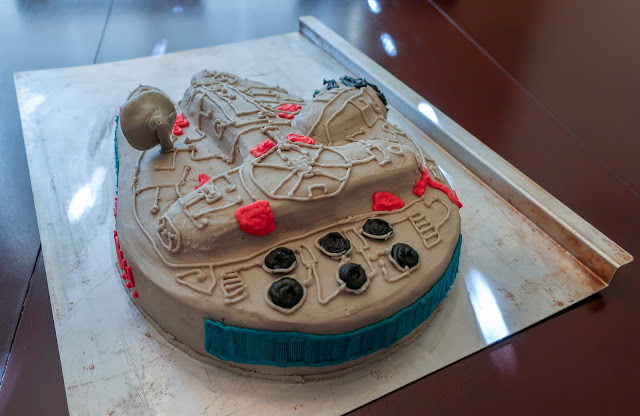 That big blue part is the engine, apparently, not a window (this is not the Enterprise). I would like the record to show that I knew this before Rachel knew it (so take that, Rachel). Of course, she's only 10 and I'm in my 30s. But still, I got to be the one to point it out to her (but only because Andrew corrected me when I called it a window mere hours before). 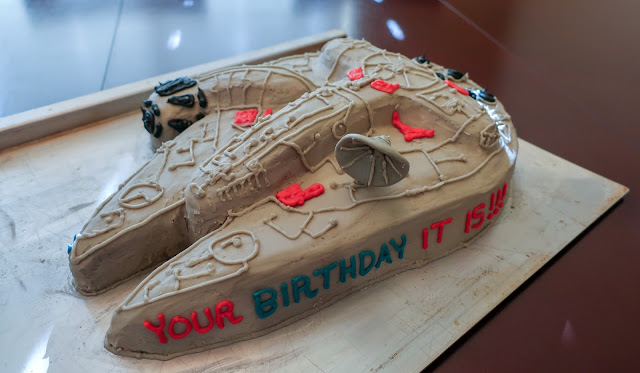 Benjamin was rather pleased with it and I must admit it turned out better than I'd thought it would (considering one of those pointy things is probably 50% frosting because I could not get the cake to keep its shape (crumb-coating this thing was a beastly experience)). 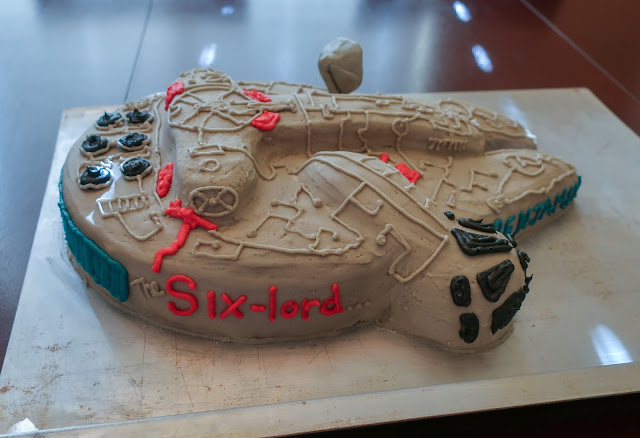 This time it's all buttercream, except for the, uh, rectenna (the "rectifying antenna" or radar dish). That is made out of leftover Llama Llama fondant. 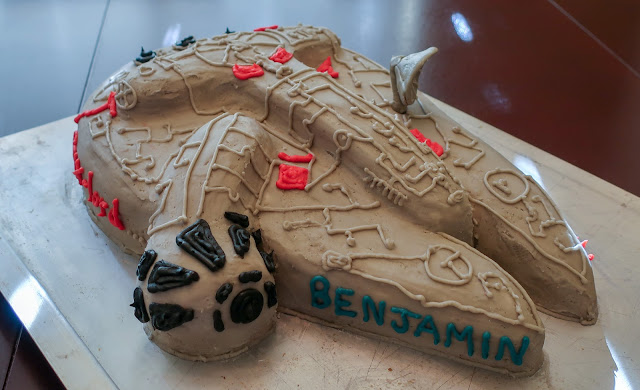 And here's the birthday boy himself, blowing out his candles (it took him a good four tries to get all the candles out): 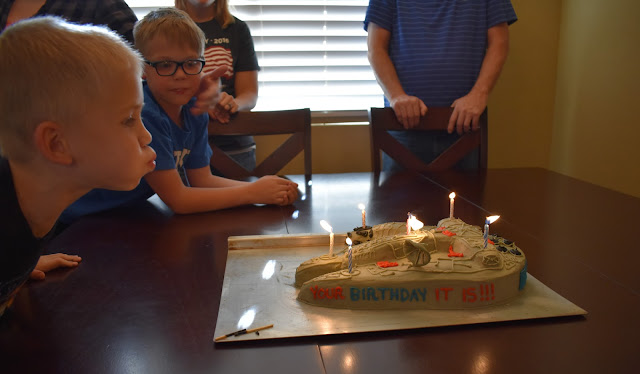 Everyone was a little surprised when we sliced into it to reveal pink cake—strawberry, a very popular flavour at our house. There was plenty for everyone this time around because I doubled it (there's even leftovers in the fridge)!

Present at the party were our family of seven, plus: