When we arrived home from our Labour Day adventures, we found we had company over. James and April had stopped by with their baby and ended up staying for dinner. It was fun to get to visit with them and cuddle with their little baby.

Did I say little? He's basically ginormous, but he's younger so he cuddles like a wee baby so that totally counts.

I've mentioned before that Alexander is somewhat hefty, as far as my babies go. By nine months he had already hit 19 lbs. (which is heavier than three of his siblings were at one year). At 10.5 months old I'm sure he's even bigger now, but James and April's baby puts him to shame. In fact, he almost looks downright scrawny next to their baby (once you learn that their baby is only 3.5 months old). When I held them at the same time they felt about the same weight, though I'm sure Alexander is a smidgen heavier (but he holds himself up a bit better so that helps take some weight off).

Here's Rachel juggling the two of them on her lap (Alexander's little friend did not appreciate his advances, even though Alexander was being (mostly) gentle (he loves other babies)): 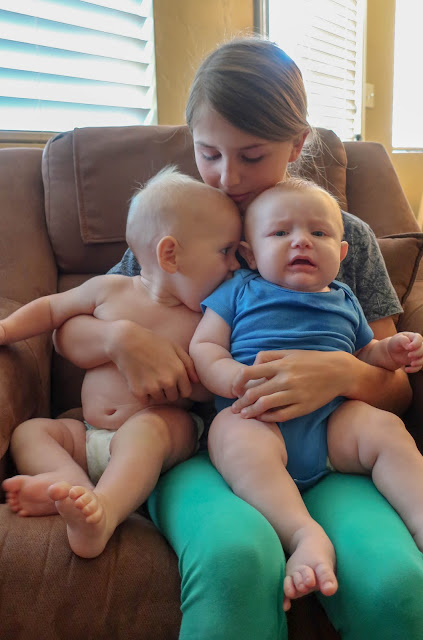 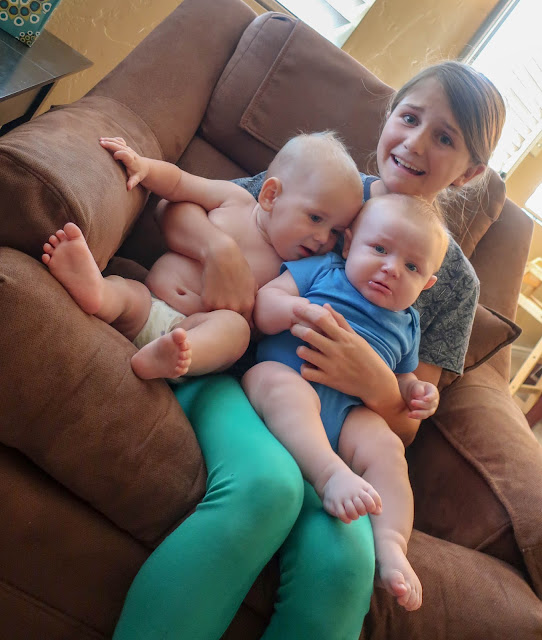 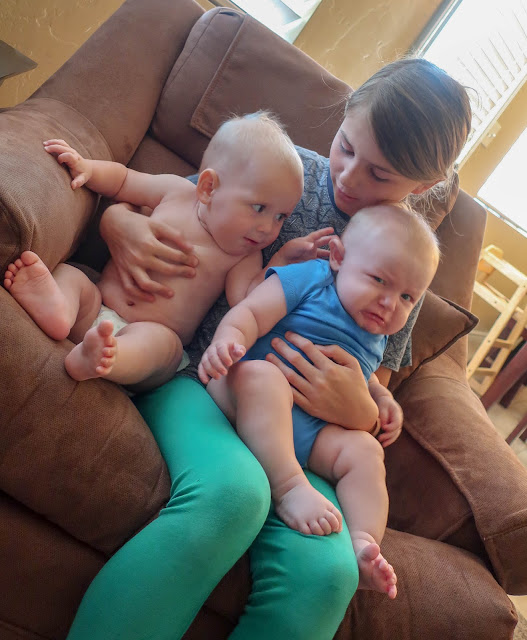 Thanks for sharing your baby with us, April and James! He's too cute!
Posted by Nancy at 12:39 AM