Today was one of those perfect January days that make you wonder how a day in January even gets away with being so perfect. I didn't have many January days like this growing up, if any.  The kids got their schoolwork done well and then we spent the afternoon playing at the park. Before we went home we went on a little hike and found a quiet area by some fields that are closed for the season, where the kids enjoyed climbing trees, playing in mulch piles, hopping drainage ditches, and exploring the secret worlds under the canopy of some shrubbery.

Zoë picked a bouquet (as one does...in January): 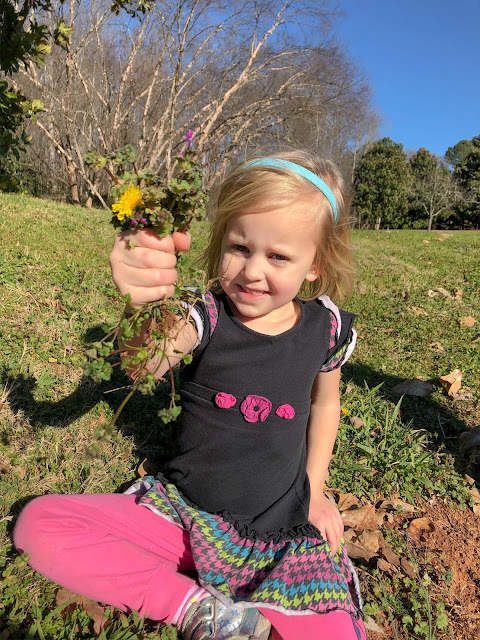 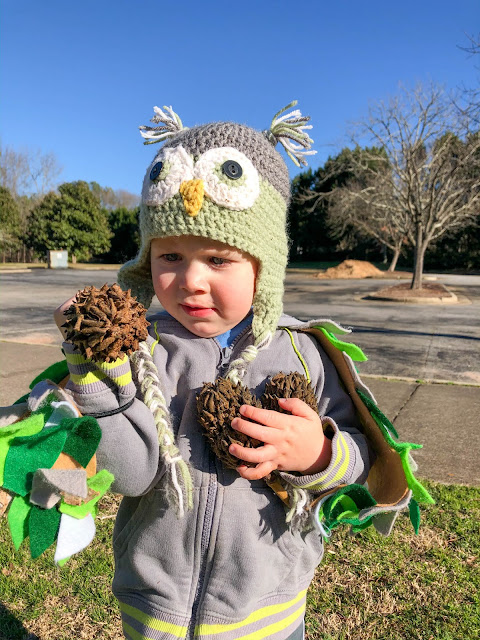 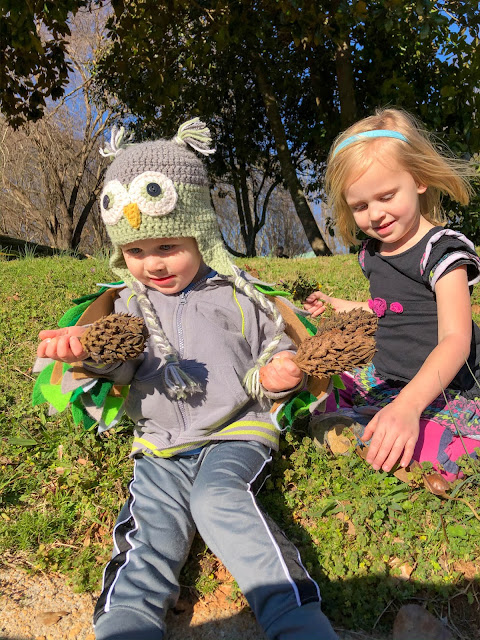 I like this picture because you can spot Benjamin and Miriam racing around in the background: 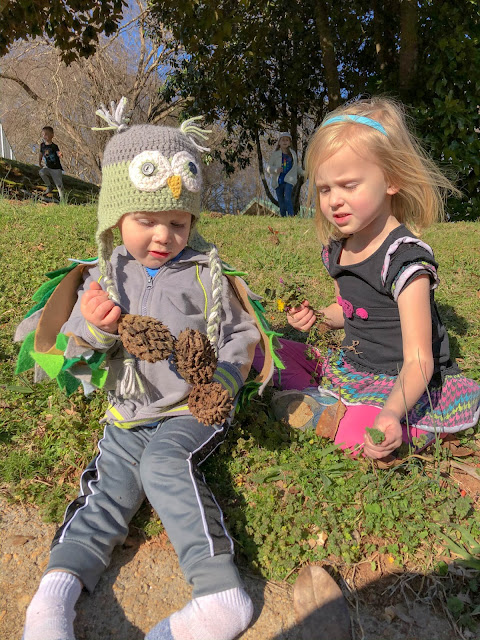 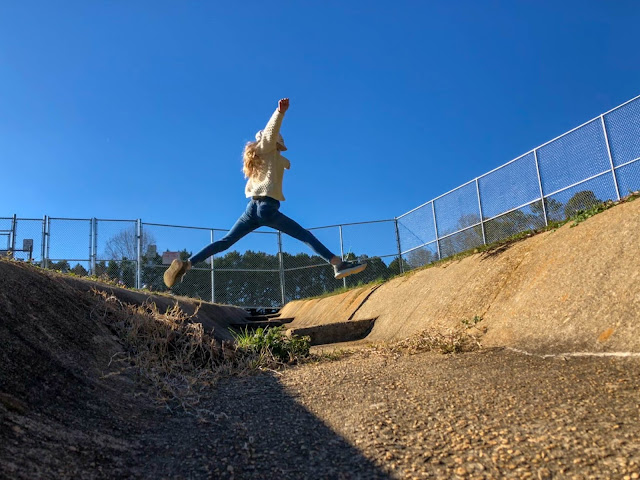 And here's Benjamin giving it a go: 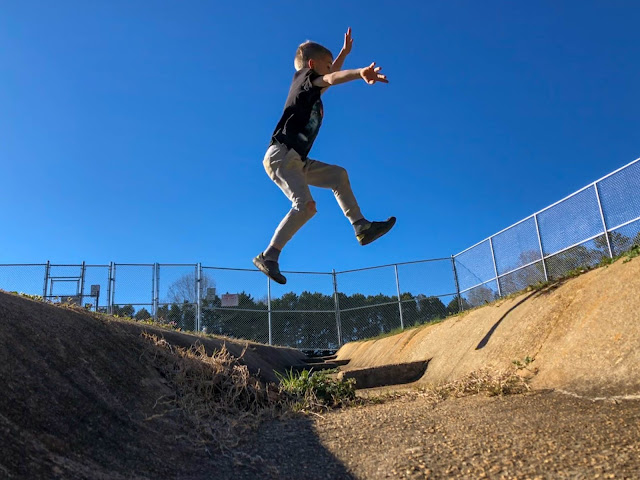 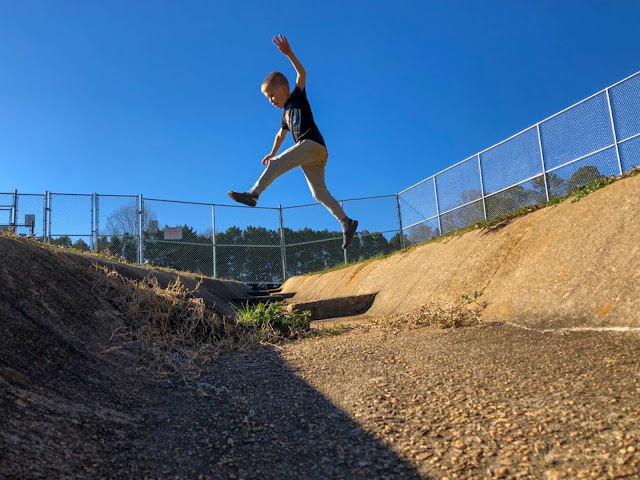 The bushes the kids were playing in are behind Alexander (who kept taking off his shoes and leaving them random places—in the ditch, in the bushes, just everywhere): 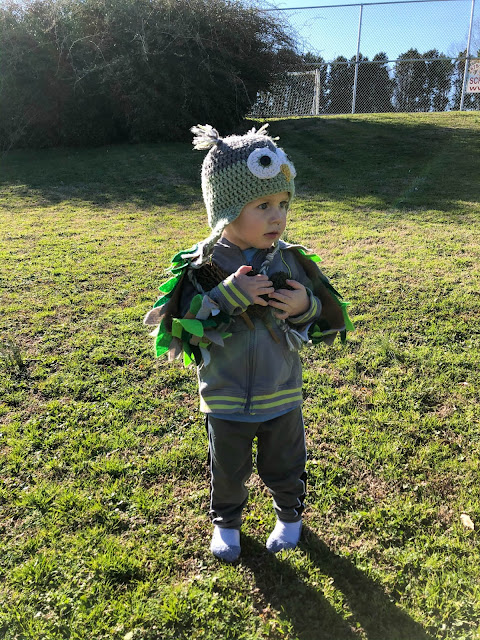 Here's Miriam up in a magnolia tree: 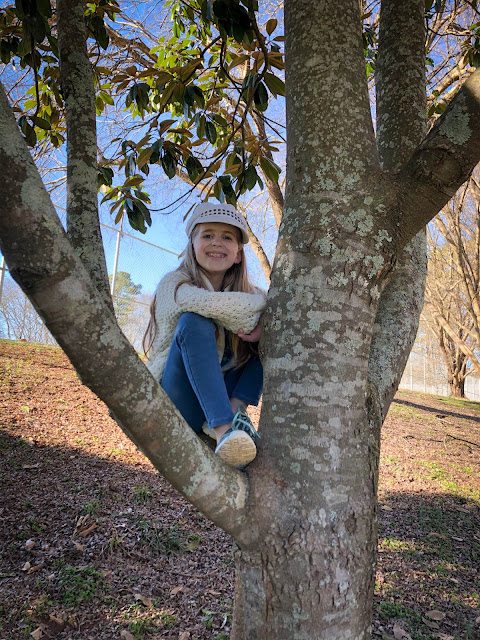 And here are the boys on their dirt pile: 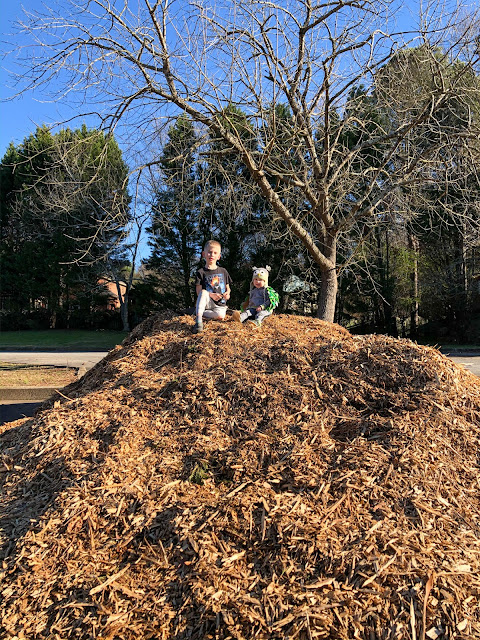 Their little bottoms were so dirty! You can't really tell the state of Alexander's pants from this picture because his jacket is covering his bottom, but Benjamin... 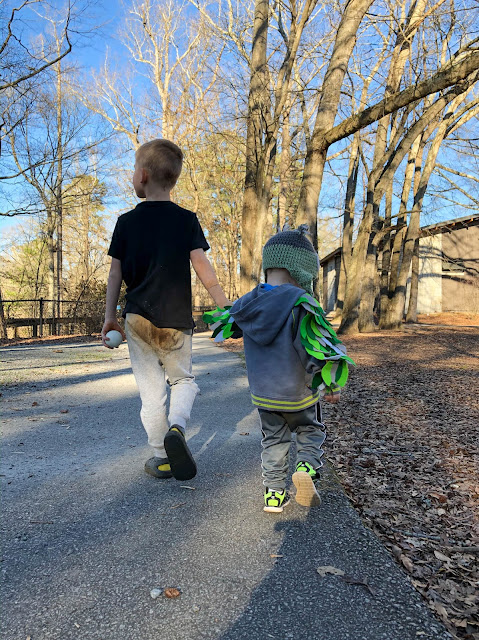 Here is Benjamin on a "throne" he found along the river trail (he's holding an orb and sceptre, like Elsa on her coronation day, Zoë pointed out): 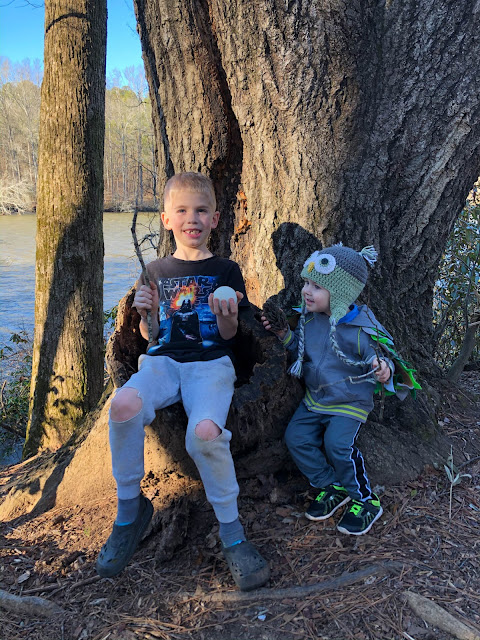 And here's an interesting shot of the bench I was sitting on: 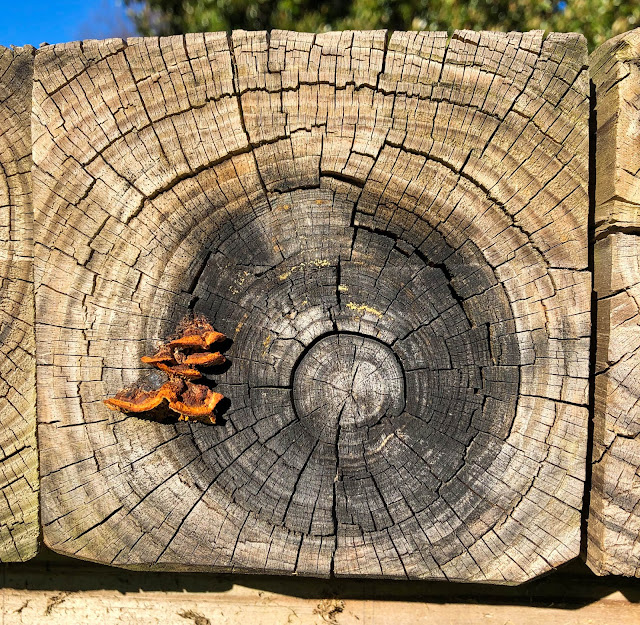 While soaking up the sunshine I finished reading an article and two chapters in a new book. The kids were content to just run around and it was heavenly!

By contrast, here are a couple of pictures from yesterday's dismal grey: 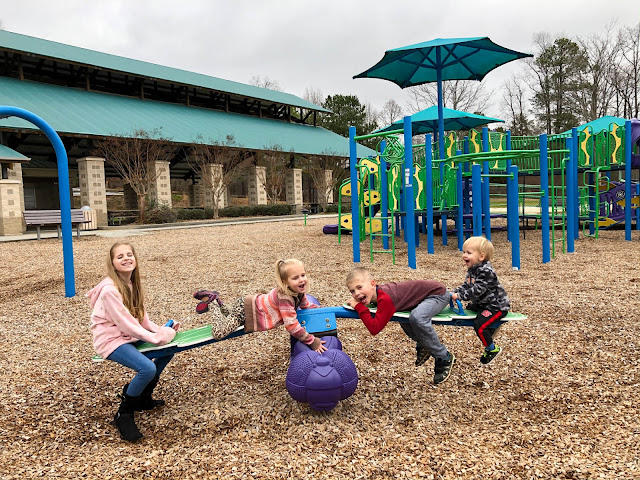 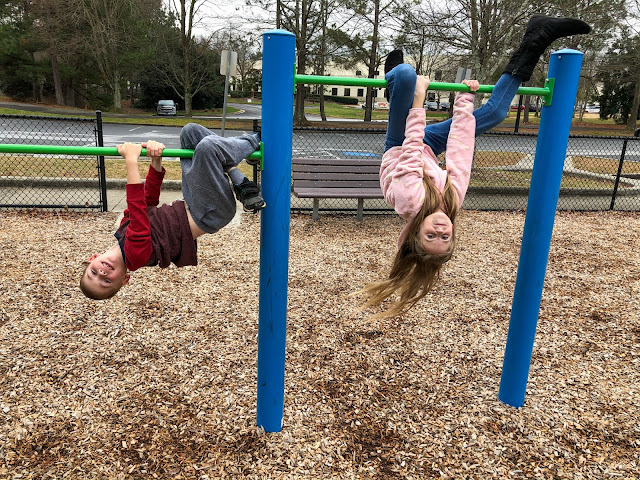 We have had a lot of grey, angry days in January. We've received 7.93 inches of rain so far this year (more than Seattle, which is experiencing an unusually wet January (but less than other places mentioned in the article)), which is nearly four inches above average (depending on the source you check). So...it's been very wet, dismal and grey, which is completely acceptable for winter, I suppose.

A break from bad weather is nice every once in a while!
Posted by Nancy at 7:02 PM