We've had a handful of days in 2020 and it seems to be going well so far—of course, we've yet to really get back to business and perhaps that's why it's seeming so lovely (I mean, besides some wacky politics and insane wildfires and that sort of thing). We rang in the New Year pretty simply: games and sparklers, some sparkling cider, an early countdown for the little kids, more games, an an official countdown for the big kids, some more cider, and a romp outside banging pots and pans.


I don't know of a better group of people with whom to ring in the new year! 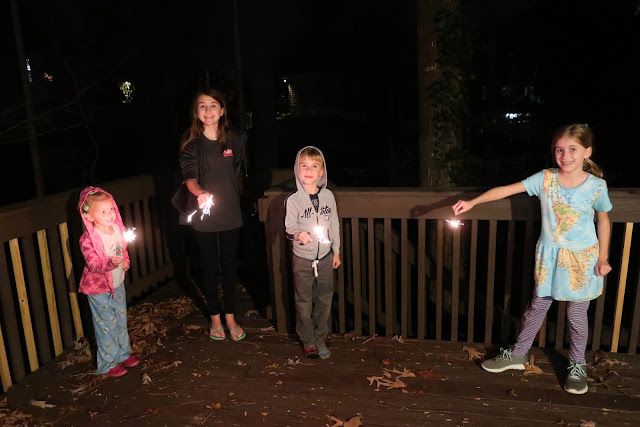 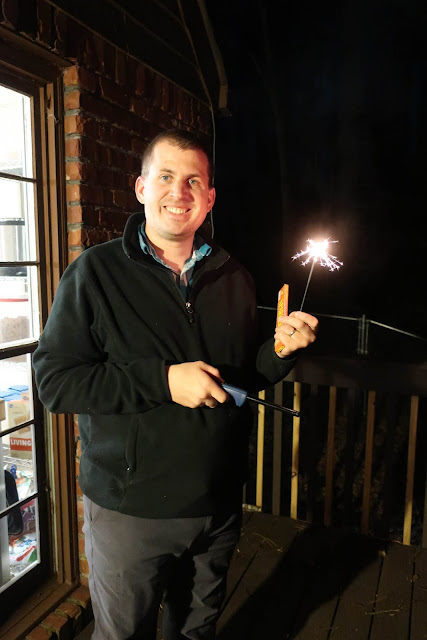 Here's all the pyromaniacs trying to do a synchronized lighting of their sparklers: 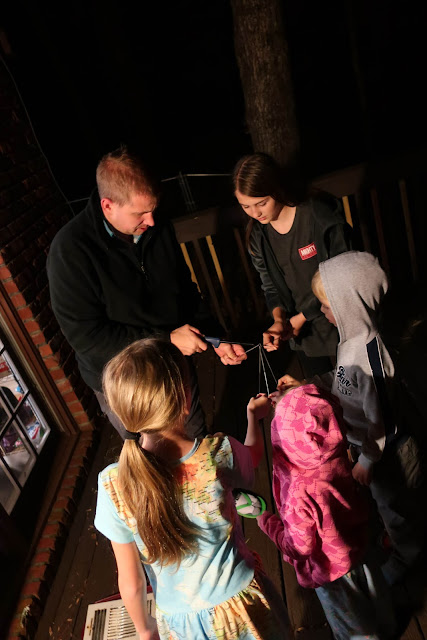 Ever since burning his hand last month Alexander has been terrified of getting burned again. I suppose it's nice that he's got enough sense to learn from his experience (if he hasn't got enough sense to believe me when I tell him something's hot). He wasn't about to hold a sparkler.

"I will get burned!" he objected.

He objects in this way to a lot of things and so we tease him about it quite a bit. We often joke about cooking him up for dinner but he'll tell us, "No! I'm not dinner! Don't put me in there! I will get burned!"

While Andrew was busy using all the power tools for our reading nook project (which I also need to write about), Alexander was rather worried about all the noise those machines were making. When I asked him if he should ever touch them he would answer, "No! I will get burned!"

As long this fear keeps him from taking unnecessary risks, I'm fine.

Anyway, that was a long way of say that Alexander and I aren't in any of the sparkler pictures (we are taking pictures and wisely staying away from things that my burn us). 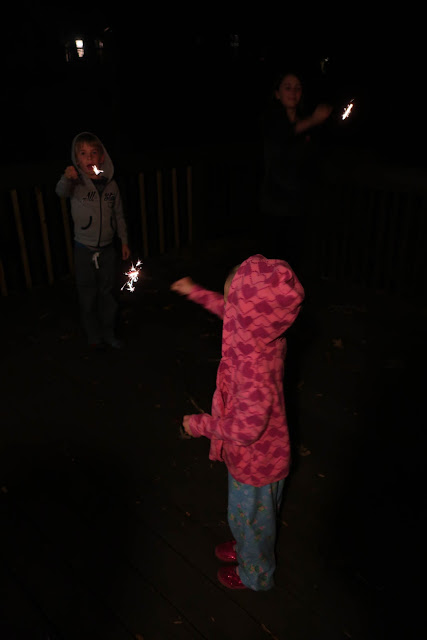 Zoë's hair is in curlers because I had done her hair in curlers for Sunday and she loved her curly hair. But on New Year's Eve she had been playing with her friends and they're getting rather bold about the ditch behind our house. This little quartet of small children go clambering about this "no man's land," as they call it, and it's quite rocky and remote and I'm 100% terrified they're going to come home with poison ivy rashes one day...or worse (like, what if they meet a copperhead, guys?!). But, like, adventure is good, right? And snakes are hibernating this time of year? And then when snakes are active it's too hot for the kids to be outside exploring all day and we'll be spending all our time at the pool, right?

Anyway, she has had several mishaps over Christmas break—getting stuck climbing over the fence, falling down the embankment, scratching her legs up on rocks (because we're still wearing shorts sometimes; it's fine (except I told her that pants are better for exploration))—and on New Year's Eve she had a mishap and came up with some nasty scrapes on her legs and arms. She was also caked in dirt.

We had to clean out her wounds, which meant she needed a bath...and then Rachel (who was helping with bath time) decided to wash her hair, too, and dumped a cup of water on her head and Zoë flipped out. She started screaming and trying to attack Rachel. I had to intervene to calm her down.

She was upset because—didn't Rachel know?!—getting her hair wet would ruin her curls?!?!

So we made a deal that we'd just go ahead and wash her hair and then I'd put her hair in curlers again so she could have curly hair for a while longer. And that's why she rang in the New Year wearing curlers. 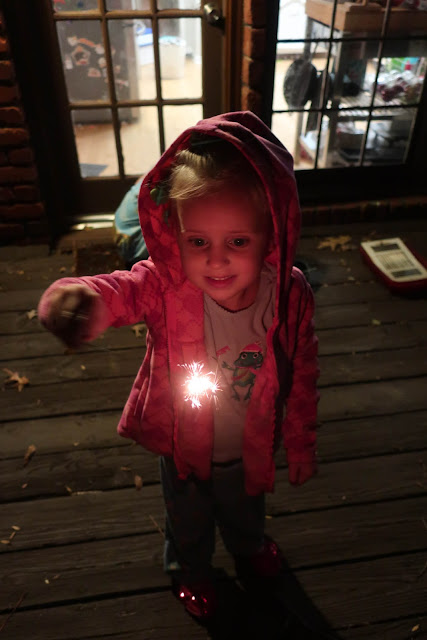 Here's Daddy with a sparkler: 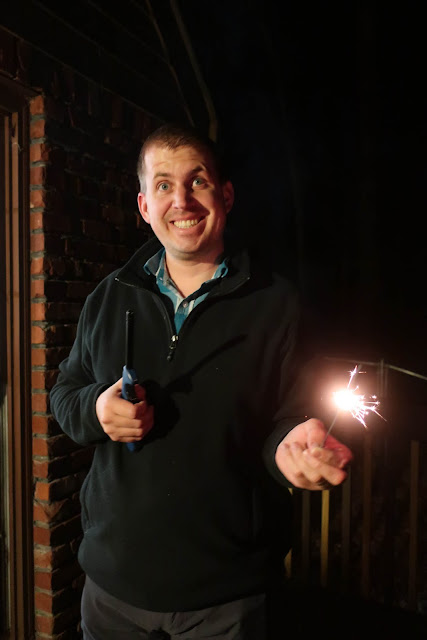 And here we are giving a toast to the New Year... More specifically, here is Andrew telling Benjamin to be patient: 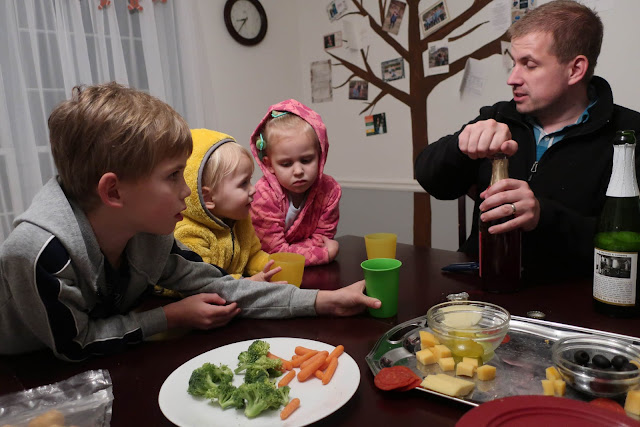 And here we are giving a toast to the New Year: 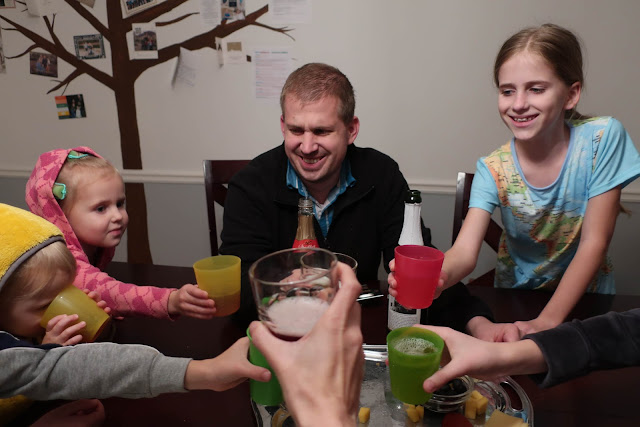 Here's the face Alexander made after each sip: 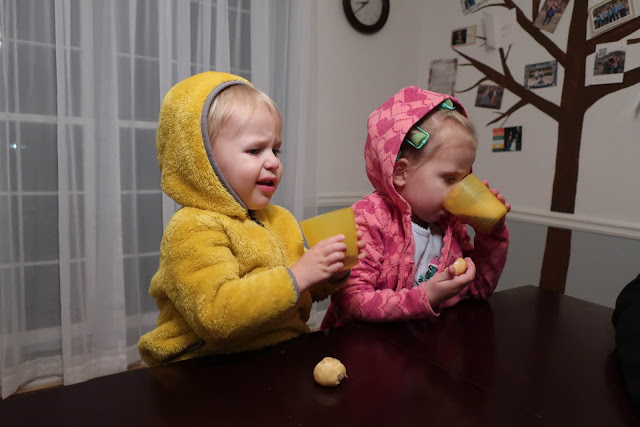 Whoa! That stuff is, as my children are known to say, "spicy." 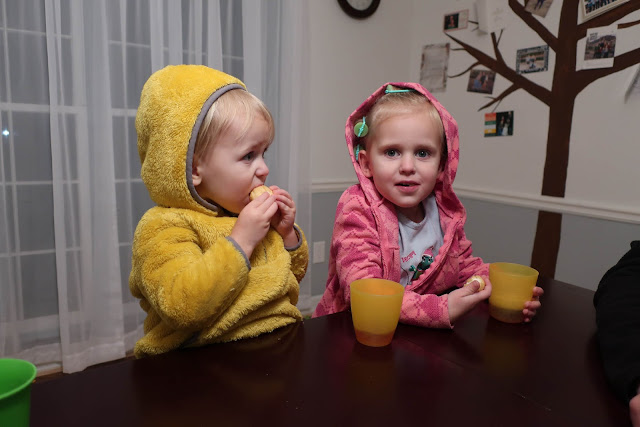 I don't think he ever finished his drink, though he kept trying it to see if it got better (and found that it never did). 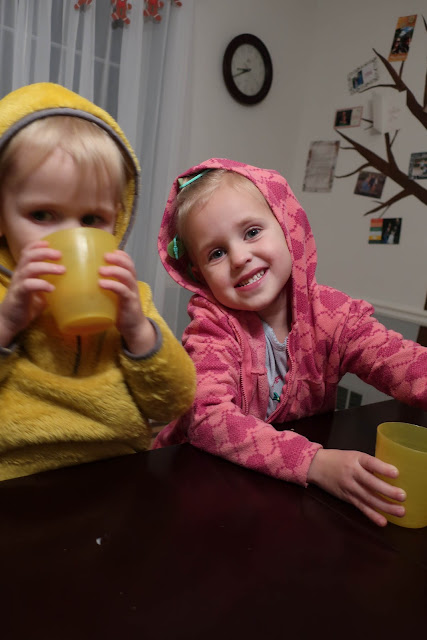 Benjamin did finish his share (and then asked for more): 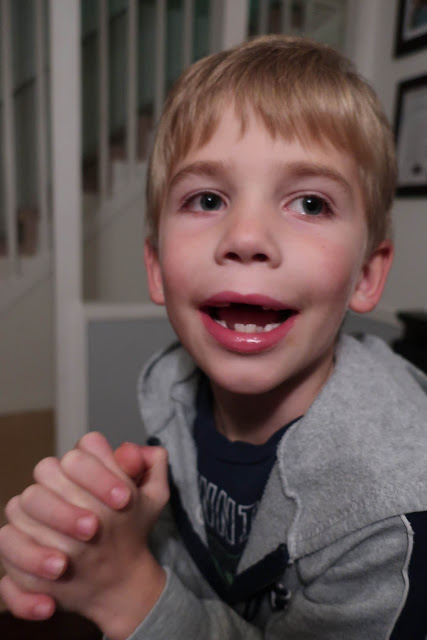 Here's a funny picture of the kids looking at something on Andrew's phone: 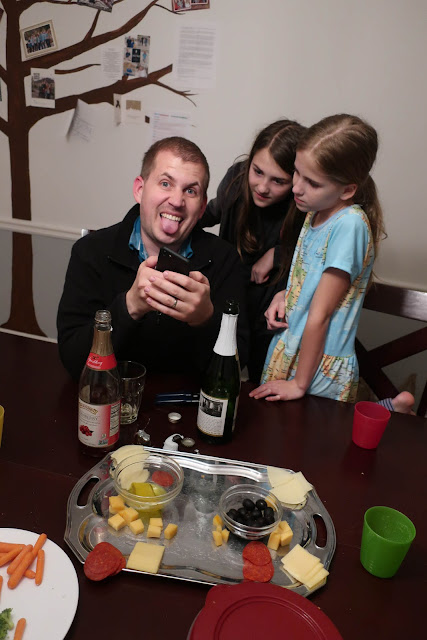 Here's a shot with me in it (while watching the Super Monsters countdown): 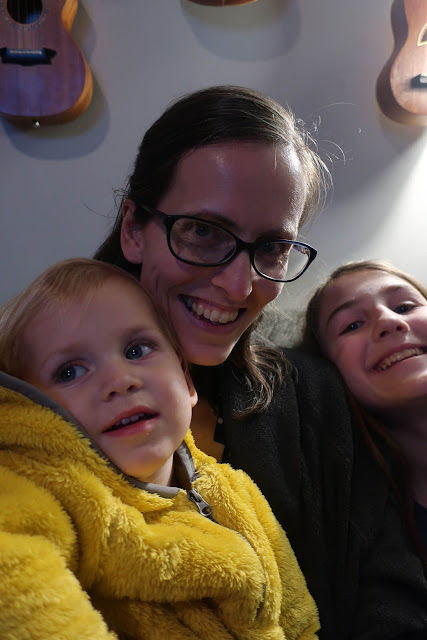