Some bits of nature

Today it was not rainy so we went to the park for a while in the afternoon to get out some wiggles that we've been bottling up for far too long and while we were walking we noticed the odd silhouette of these tree branches: 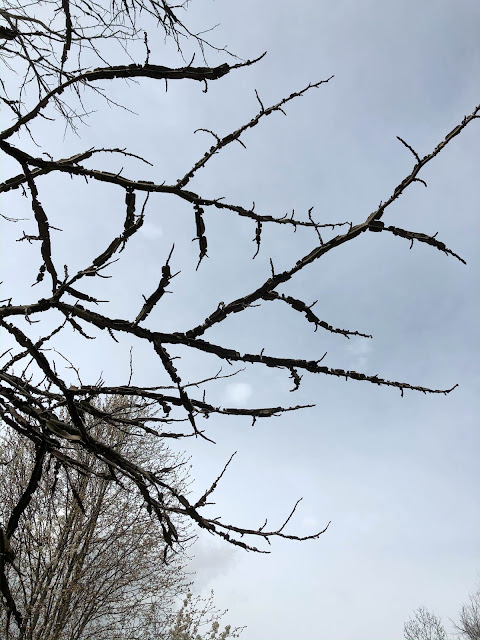 We stared up at them for several minutes, wondering if the tree was diseased somehow, making its bark peel. Or perhaps it had some sort of fungal infection. Or...

We found a small branch on the ground and examined it for a closer look, but still couldn't quite put our finger on what was going on. It seemed like the growth was part of the branch but also different from the branch (Miriam described it as "foamy," but I've since seen it described online as "corky"). I pulled out my phone and used an app to help identify it. The app quickly recognized it as "winged elm," a plant indigenous to the south. Its Creek name is Wahoo (which the kids loved learning). 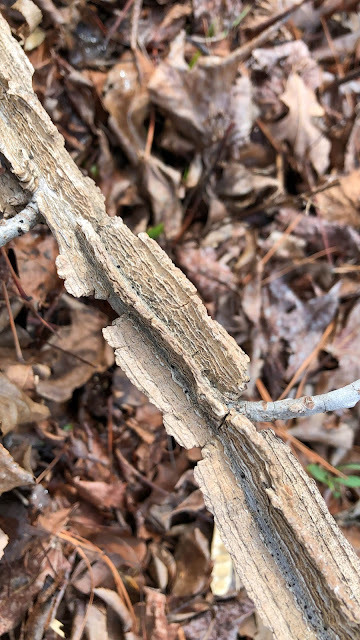 I've since been wondering if there's a bit of poetry (or a story) in this tree, being stuck on the ground but wishing so hard to fly.


It was an interesting tree to come across, but it also feels somewhat familiar. I feel like I've seen a similar plant before, but I can't quite think of which plant. Something we'd see in Egypt, perhaps, or maybe some sort of cactus? I'm not sure. Something is familiar about it though.

We were also intrigued by this peeling birch tree: 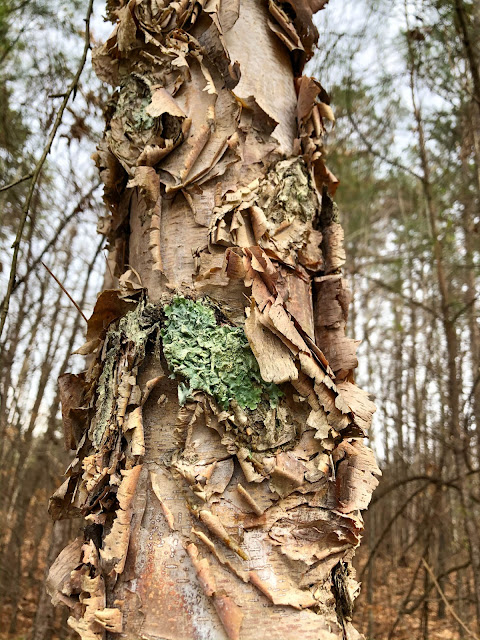 The golden bark was really quite lovely with accents of green lichen: 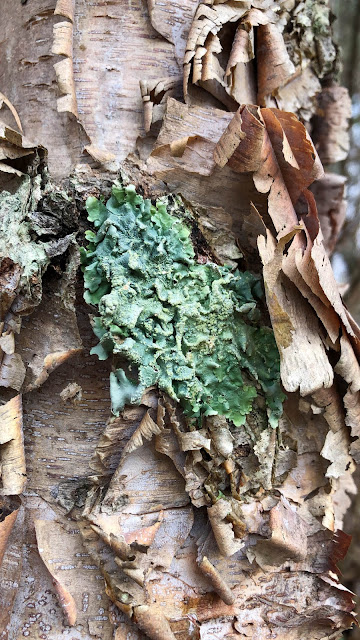 Later in the evening, while Andrew was making crepes for dinner (happy Shrove Tuesday) and I was reading some picture books to the little kids, Miriam, who had been busy setting the table, ran into the living room to call us all to look at the sunset, which was really quite lovely: 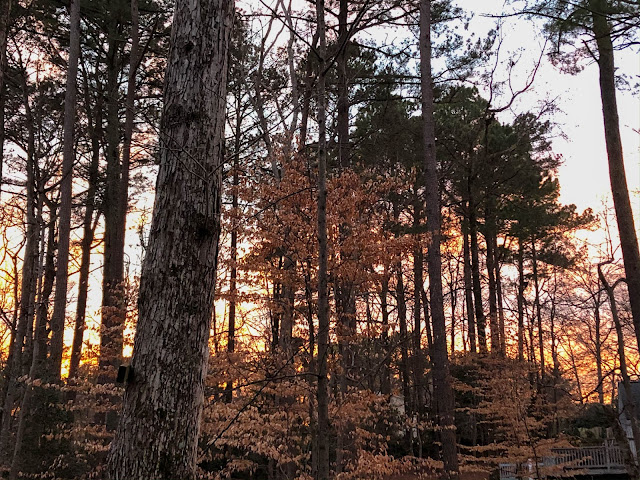 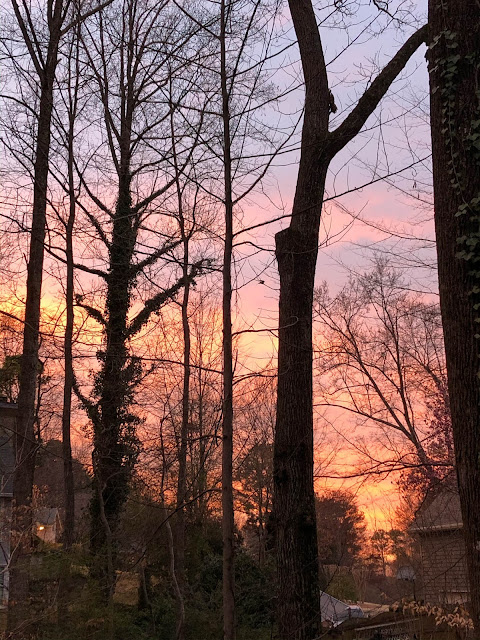 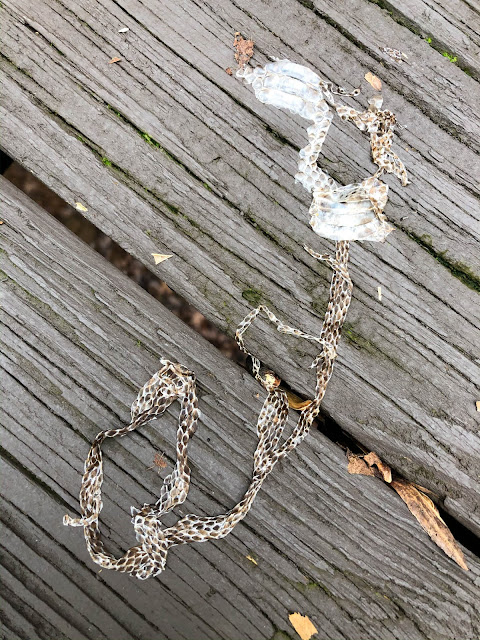 But seriously, I'm so worried about snakes.

This one seems to be just a plain rat snake (or something like that). Not that I have much practice identifying snake sheds, but I'm just going to have to tell myself that's a rat snake for my own sanity. And though it seemed like a rather long shed to me, I was happy to learn that snake sheds are typically much longer than the snake that shed them (as much as two times as long) because their skin wraps around the top and bottom of each of their scales. So however big of a snake I was imagining is suddenly halved in size.