Phoebe has been growing again. I can't cram her into her newborn sleepers anymore, which makes me feel rather sad. But she's moved into these cute sleepers my friend Crystal sent, so that makes me feel happy. And that about sums up my feelings about my children growing up: sad and happy. 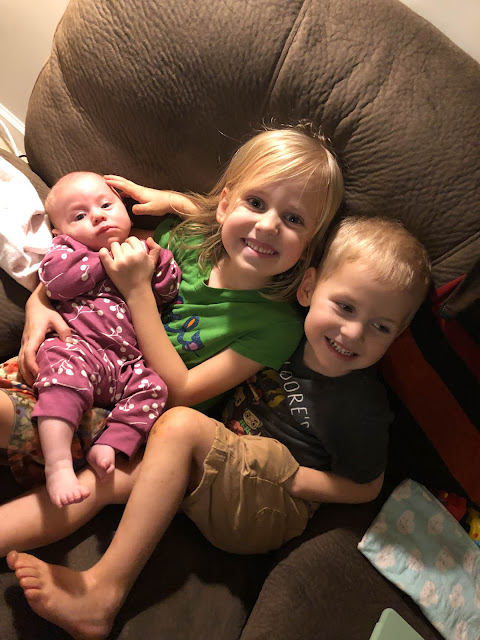 These three have been particularly devoted to each other recently, which is sweet to witness. This morning Zoë wanted a turn holding Phoebe when she'd finished with her math lesson. It was actually rather helpful because it freed my hands up to help Benjamin with some work. She also cheerfully read a book to Alexander while he sat beside her. 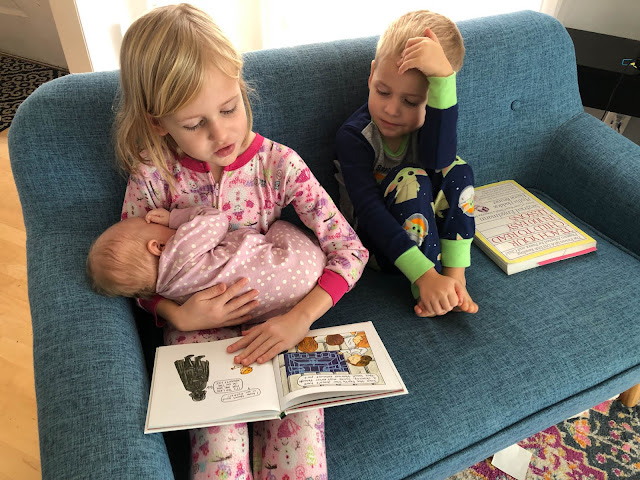 Then Alexander needed a turn holding Phoebe, of course. She still gets passed around like a hot potato over here. 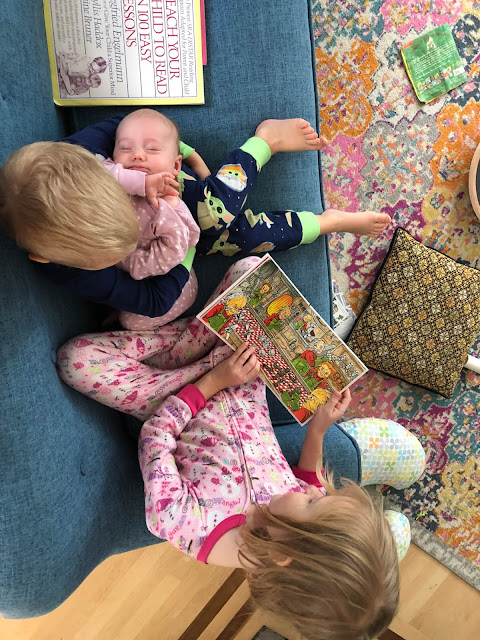 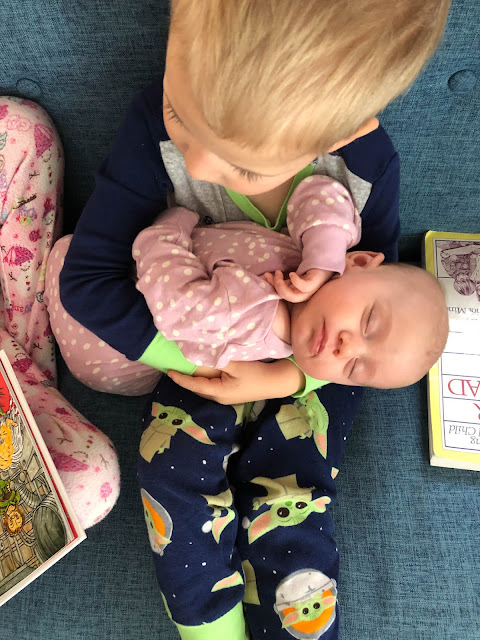 Benjamin finished up his math work before lunch so that he could have a turn holding Phoebe as well. 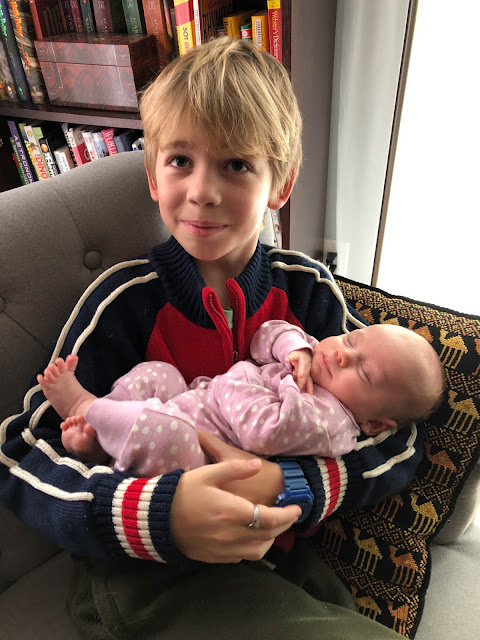 The girls also held Phoebe quite a bit today, but I hardly ever remember to take pictures of them holding her because I feel like I can escape to do things while they hold her (which I can't really do when the younger kids are holding her). While Miriam had "interaction" time with Phoebe, I sneaked upstairs to do some work, for example (in the middle of the day; how luxurious).
It's a new year (as you may have noticed) so we've started a few new things at our house. Rachel is still finishing up her English course. She took her module 5 exam today, which means she only has two modules left to go! But she's also started a coding class (on Udemy, so it will only be for high school credit, not college credit). Miriam started a musical theory course (also at Udemy). We've also started a more structured PE class.
I haven't really insisted on PE since the pool closed at the end of September. I was 30 weeks pregnant and getting more and more pregnant every day, so other than making my kids take a stroll around the block with me every day and sending them outside to play I just...didn't insist on PE.
But, I started them running on Tuesday and there were tears. So we'll be working on our endurance.
Phoebe and I just strolled around the pond while the kids did some running/walking intervals. 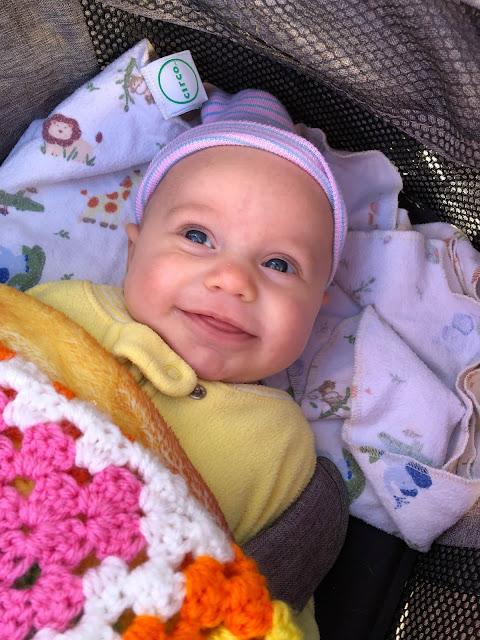