We’ve been meaning to get up to Alexandria for quite some time and yesterday we finally made it! We took the nine o’clock express train from Cairo to Alexandria and watched in amazement as we entered the foreignly green landscape of the Delta.

I always enjoy watching the farmers work. They have no tractors, or few tractors, so work their entire plot by hand, with the help of a few water buffalo, donkeys, cows, and children. It’s very rustic. I’m not sure whether to applaud them for working so effectively with so little modern equipment or to mourn the hard work they do for so little when they could potentially reap so much more with the help of modern farming techniques and monster equipment.

Modernity isn’t always superior, though, and the fields of corn, bananas, lettuce, and onions seem much more miraculous to me here than, say, canola fields in Alberta, which are tilled, planted, and harvested with big farm machinery and watered with pivots.

Not that “modern farming” is easy. I’ve been rock picking several times. I’ve hand-weeded more than one crop circle. I’ve driven tractors for hours on end. I’ve seen my uncle fret about his crops after a hailstorm. I’ve heard my share of and seen the aftermath of horrific farming accidents. Modern farming has its challenges, too, but I still just wonder in amazement when I see a hand-plowed, hand-sewn field of corn.

Part of that amazement might be because corn products are so hard to come by here…and I can’t figure why that’s the case when there are miles and miles of corn growing in the Delta.

The train ride was uneventful until the very end. We puffed out of the Sidi Gaber station thinking that we’d be to the Misr station in a matter of minutes. We were wrong.

It took us over an hour to get from one station to the next. Rachel was getting antsy; there were no farm animals or people for her to look at anymore. We were just stuck behind a wall on a train in the middle of a big city. For an hour.

Even seeing a man who she swore was Obama didn’t keep her occupied for long. “Ooooh! Obama!” she sang out when he walked by, “I like Barack Obama. I like President Barack Obama. He’s right there! Obama! Hi, Obama!” 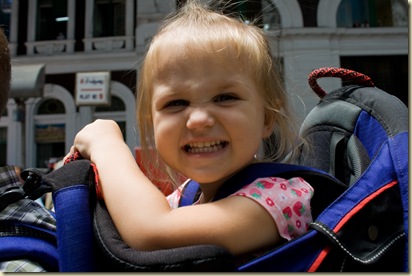 The man said hello back to her, but we were all chuckling about it. Somehow I just don’t think we’ll ever see the President of the United States on a second class train in Egypt.

(As a side note, Rachel also professes to really like President Mubarak. His picture is everywhere and she likes to point him out and talk about him, too. She’s very…patriotic…I guess.) 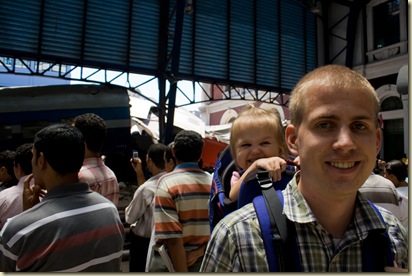 Finally, we crept into the station and disembarked into complete chaos. The reason our train had been delayed was suddenly very obvious. A train on the neighbouring platform had somehow derailed and jumped onto the platform, crashing into the station. 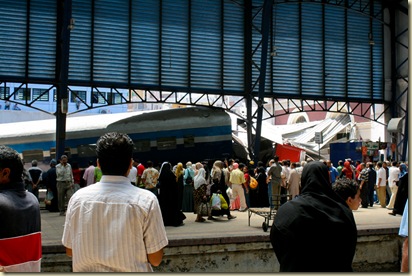 Hordes of people surrounded the wreckage, snapping pictures and speculating about what happened. We joined them. 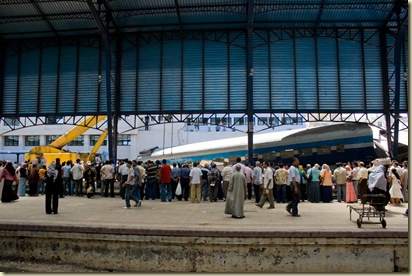 We were yelled at to stop taking pictures by a few people, some ladies put their hands up over our lens, but mostly people were fine with us gawking over the accident. It always surprises me how often Egyptians get upset with us for taking pictures, especially when there are hundreds of other people around, snapping pictures with their camera phones.

After asking several different people what happened we were able to sort out some semblance of a story. We have no idea how, exactly, it jumped off the track—it must have been going fast—but at around 8:00 AM yesterday morning the engine, generator, and one passenger car smashed into the Misr station. From what we hear, the train was empty, which I’m wont to believe since there were no medics or wailing mourners on scene.

Since our train pulled up at 12:30 and they were just starting to move the first of the three wrecked cars, it’s unlikely that there were hundreds of dead people (as was rumored). The passenger car looked empty and we saw no carnage whatsoever. And Egypt moves slowly, so if there were hundreds of dead, they would still be extricating the bodies at 12:30, not moving an already empty train car.

It was interesting to see a whole group of men in official green uniforms with hard hats standing by, watching casually and doing nothing, while two ununiformed men with no safety equipment struggled to secure the cables dangling from a sole crane around the passenger car. But that seems to be the way things work here. Hire five guys to sit around and watch one work… The only reason it was interesting was because the men were uniformed. I wonder what they were hired to do. 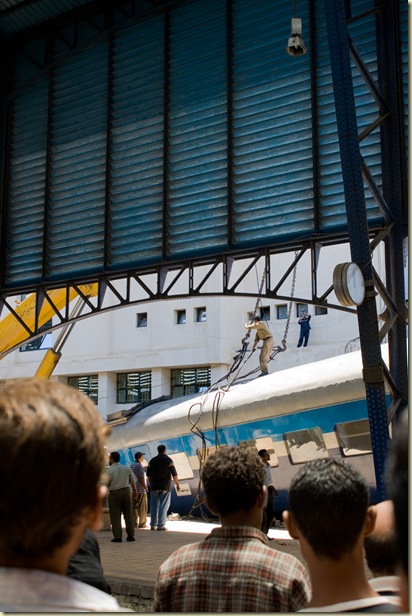 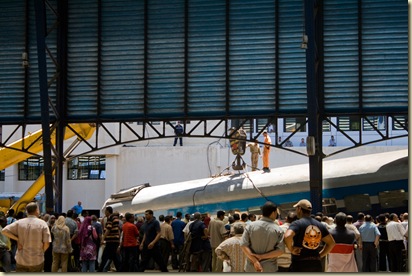 We didn’t find that too ironic since that happens all the time. What we did find ironic was that when the train hopped off of its tracks, it hit and decommissioned what is probably the station’s sole fire engine! They had another one at the scene, but I suspect they borrowed it from the Sidi Gaber station since fire trucks are sparse in Egypt. 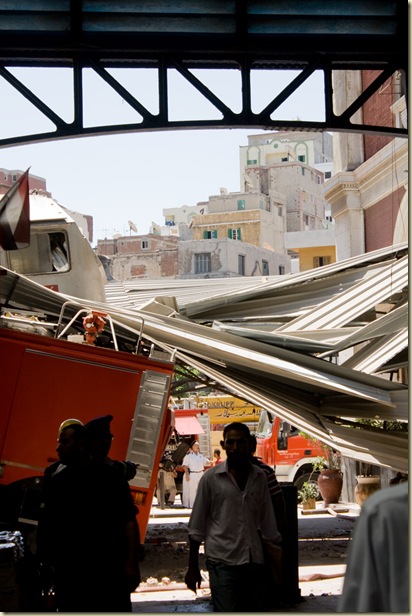 Part of us wanted to stay and watch the whole process, but after a while we decided we should just go and see Alexandria and went to the other side of the station, which was practically deserted and eerily quiet compared to the hubbub of the opposite side of the station, to buy our return tickets. 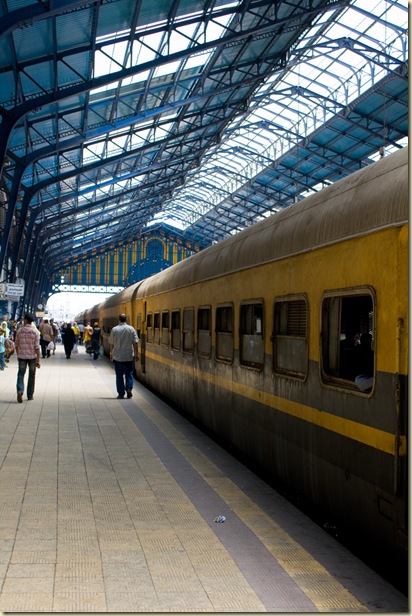 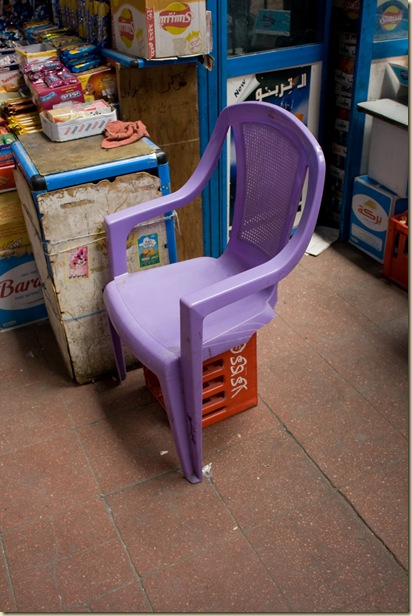 “Do you think they’ll be finished by the time we get back?” Andrew asked.

“Let’s see,” I calculated, “It’s 12:30 now. The train crashed at 8:00. They’re just starting to move the first car now…and it’s Egypt. I think there’s a good chance they’ll still be working when we come to catch our train home.”

After five and a half hours of wandering around the city we came back to the station to find that they were, indeed, still clearing the wrecked cars. They had moved the passenger car and the generator and were starting to work on the engine. The station was still in complete havoc. Trains were delayed by hours and no one knew which platform the trains were arriving on or when or where they’d be departing from or when. 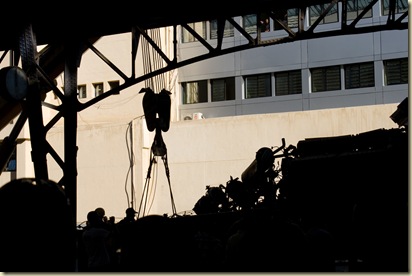 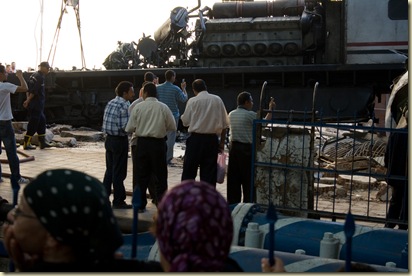 There was a lot of yelling and whistle blasts and even a few announcements while everyone tried to figure out what was going on. Rachel slept through it all. 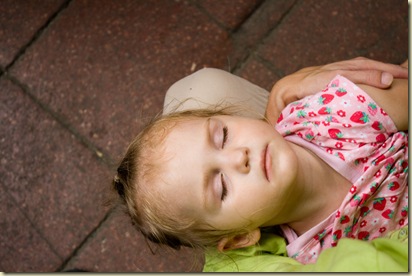 We waited for out train with Kira, who came to spend the night at our house again. When the 6:00 Alex-Cairo Express pulled up, we were told it was the 7:00 one and it was complete chaos before we finally decided just risk it all and get on it. Alexandria is about as far north as you can get in Egypt since the city borders the Mediterranean Sea. We figured that, at the very worst, we’d end up in Siwa or somewhere…

Luckily it was going to Cairo and it was the 6:00 Alex-Cairo Express and it should have had us back at the Ramses station in Cairo around 8:00. However, for some reason or another, our train kept having to stop on the tracks and we didn’t make it back to Cairo until around 10:00 PM!

I suppose it’s better to arrive late than never…and I am glad that we didn’t end up crumpled on a platform or fused with another train in a head-on collision. Still, double the travel time?! And we still had to take the metro from there to Maadi and walk home and get ready for bed. We finally stumbled through our front door at 11:00 PM and didn’t get Rachel into bed until 11:30 PM. It was a long day! 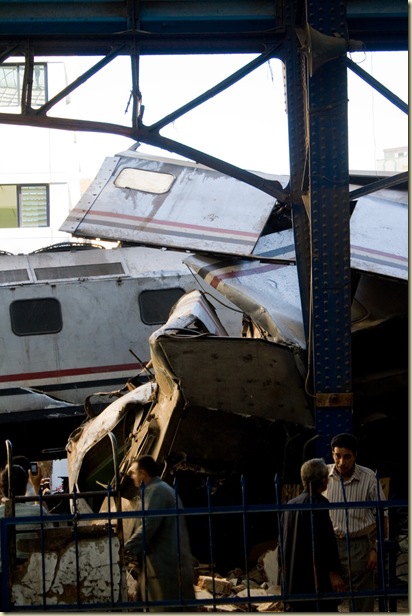