Tomorrow is Eid al-Adha, so on our drive to the Tueller’s to celebrate American Thanksgiving we saw several herds of goats and sheep for sale on the side of the road as well as cows tied to the back of pickup trucks…all awaiting their doom tomorrow. 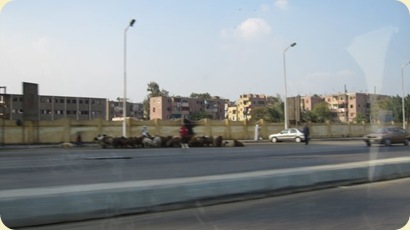 Andrew told the driver that we were off to celebrate Eid al-Shukr, our “day of thanks,” so when we got out of the cab he mistakenly wished us a Merry Christmas. We, in turn, wished him Eid Mubarak.

He dropped us off close enough to the Tueller’s house that we knew where we were and we did a little shopping before walking to their house. Rachel, who had been talking all morning about getting to play with Buddy, their dog, decided that she was too scared to have anything to do with him upon our arrival.

So instead we headed off to the pool. Rachel hasn’t been swimming in weeks and I won’t have clearance to swim for another two, so she was excited that Daddy had a day off of school so that he could take her swimming. We even brought a swim suit for Miriam but the water was far too cold for her. It is the end of November, after all. 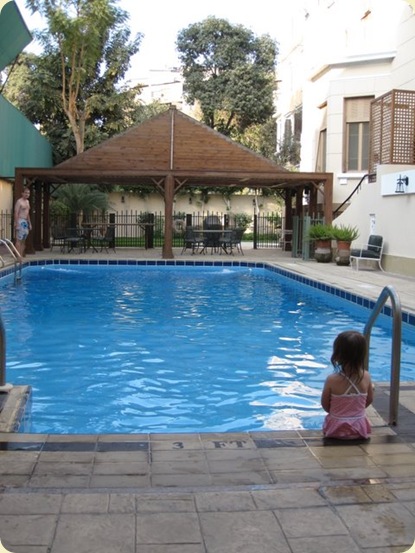 Miriam, Grandma, and I hung out on the deck while Rachel and Daddy froze in the pool, but Rachel was a trooper—she hardly complained about it being cold at all. Her bottom lip was quivering and her whole body was shaking and she’d simply say,

Then she’d hop out of the pool and warm up (ie: relax, or ‘lax) on one of the deck chairs, informing us that she was “just ‘laxin’” before braving the cold and jumping back in. 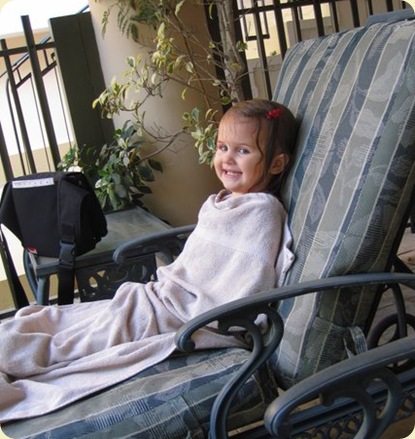 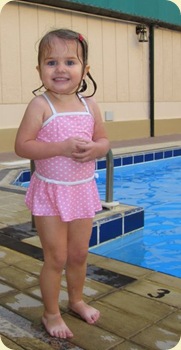 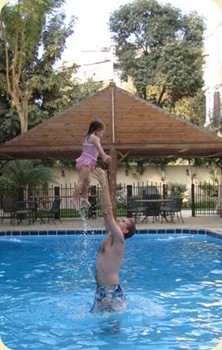 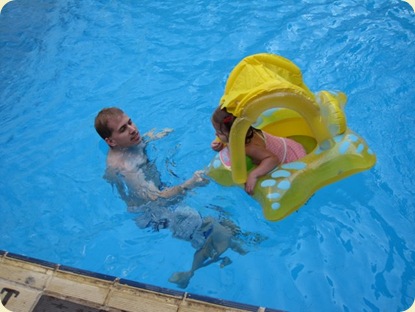 Miriam’s starting to make a lot of cute faces…I can’t stop staring at her…or taking pictures of her. 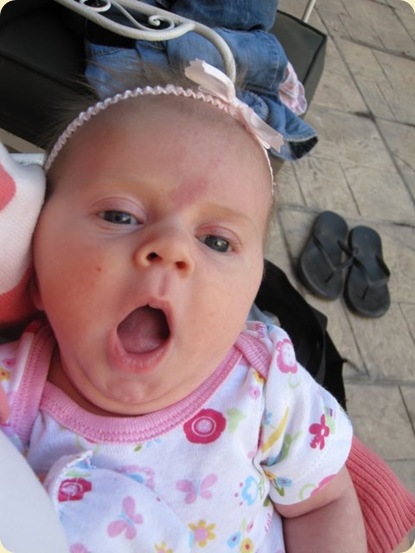 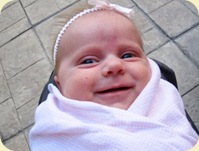 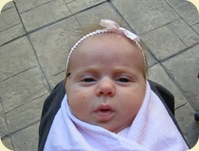 And neither can Grandma… 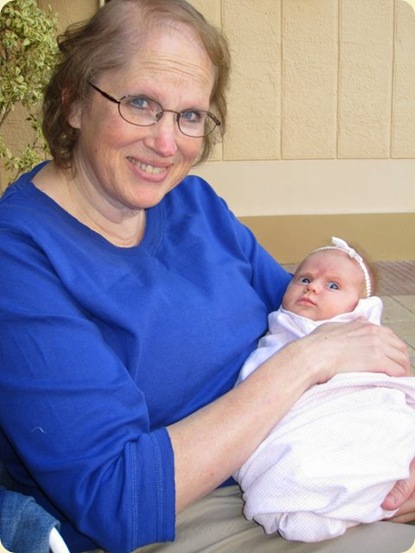 There were about 40 people there, most of them branch members. It was fun to get to visit with them and they enjoyed the company of Rachel and Miriam, who were the only small children in attendance this year. Miriam was passed around the whole evening, bringing great joy to all the expat-grandmothers who miss their own grand-babies. I hardly saw her!

Food was plentiful and delicious. A few our friends got into a little competition to see who could pile their plate, beautiful gilded embassy plates that cost a fortune each, the highest. Kevin won, and he ate all of it, too…along with three pieces of pie! 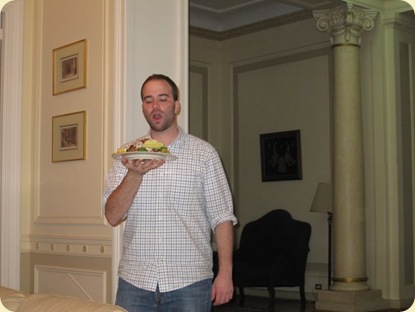 Andrew ate a little too much, himself, and ended up crashing on a comfy chair with Miriam. I actually don’t feel like I really overdid it, although I think  I ended up eating more than Andrew since I went back for seconds and he didn’t. 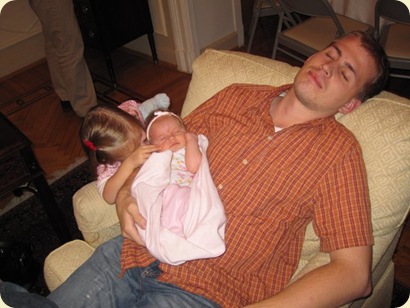 Rachel was cracking everyone up at dinner. They brought out a special plastic cup for her (so that she didn’t have to use the crystal glasses) and a stool for her to sit on. She was right up at the same level as everyone and did her best to stay involved in the conversation, while inhaling her dinner at the same time (I have never seen a child who loved cranberry sauce more than her).

Unfortunately she was intimidated by the Tueller’s washroom and refused to go potty even though she needed to quite badly. Every time she leaned over to take a bite or add a word to the conversation she’d let a little toot or two escape. It was hilarious.

I don’t think anyone else heard but me, Karen, and Michelle (a girl from New York who knows one of the YSA in the branch). We were all cracking up.

Toward the end of the evening Brother Tueller set up a webcam and we Skyped DeNeece, his wife, who is in the States for chemo therapy right now. We miss having her in our branch, so it was nice to get to “see” her at the Tueller’s annual Thanksgiving dinner.

It was a wonderful evening and reminded me that I have so much to be thankful for: food, freedom, family, friends, and faith.

With Thanksgiving dinner out of the way, we’re now officially allowed to get ready for Christmas (according to Andrew). He rushed into the house when we got home and immediately turned on some Christmas music and broke out the Christmas tree. 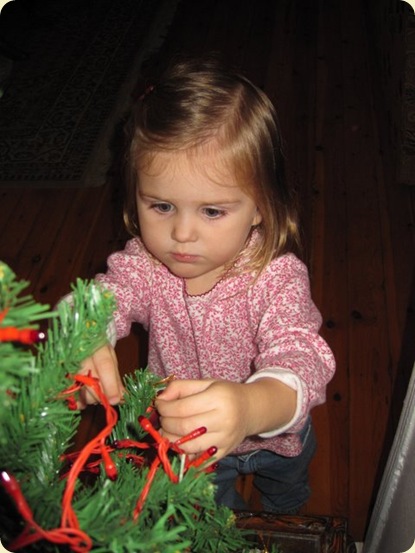 Rachel found the little salt dough nativity that we made last year and set it up. Then she had Mary sing some lullabies to baby Jesus.

“…And stay by my cradle ‘til morning is nigh!” she sang sweetly, just about bringing Andrew to tears. He thought it was so cute!

I’d just like to point out that that moment wouldn’t have been possible without me “breaking” Andrew’s “rule” of no-Christmas-music-before-Thanksgiving. I’ve been singing Christmas carols to her before bed for a few weeks now—there are so many songs to learn there’s no way she’ll learn them all in the four measly weeks between Thanksgiving and Christmas.

You can thank me later, Andrew.

Or today, since it is Thanksgiving and all.