A walk through Maadi

My friend Jeremy asked me to post some pictures of Maadi and today I finally got around to doing it. I left the house, took the camera, took pictures and remembered to blog about it. It’s a postpartum miracle! Now where’d I put the baby…? 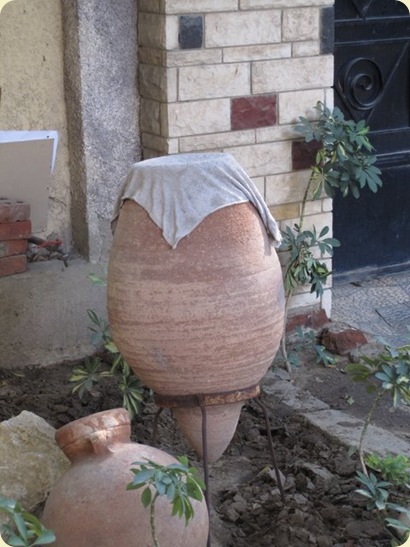 Maadi’s unfortunately not very flowery right now, but it is still very green, which I like. The trees create a nice little canopy over the streets, providing plenty of shade throughout the day, which makes it nice for taking little walks. Most of the side streets are relatively quiet and free from traffic, so although sidewalks are limited the roads are perfectly strollerable. 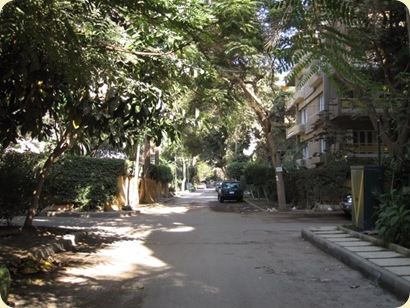 Grass fences are, for some quizzical reason, all the rage. They are both hideous and fire-hazardous. The church building is in the process of getting rid of theirs due to several fires that have broken out on Road 17 lately, spreading from one grass fence to the next. The police officers stationed on the street do nothing, of course, and no fire engines are ever called…but not to worry! There are always plenty of boabs with their trusty hoses to conquer the flames. 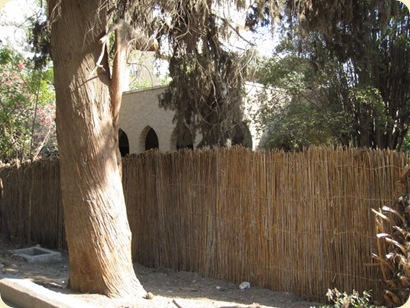 When boabs aren’t putting out fires they turn their hoses to the streets. I don’t know why…*sigh*…I don’t know why. It rarely rains here (I think it’s rained two or three times while we’ve been living here and I use the word “rain” quite liberally) yet we find ourselves tramping through mud quite often…too often. 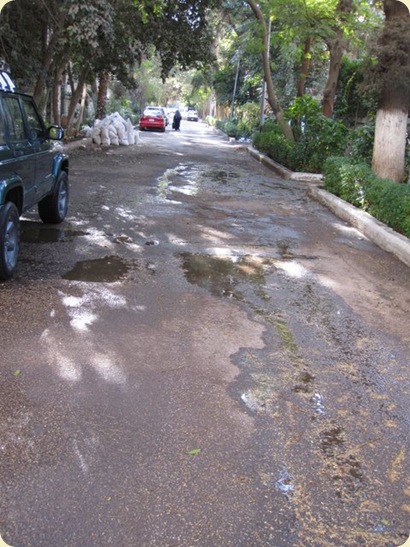 Some of the buildings are really nice. Ours is not. The following is a picture of not-our-building. 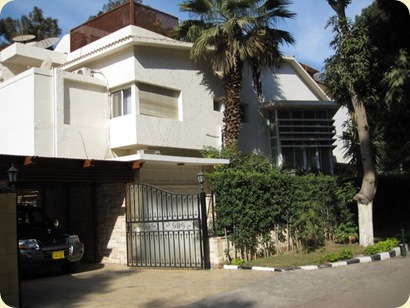 This is more what our building looks like, although this building is still much nicer than our building. Much nicer. 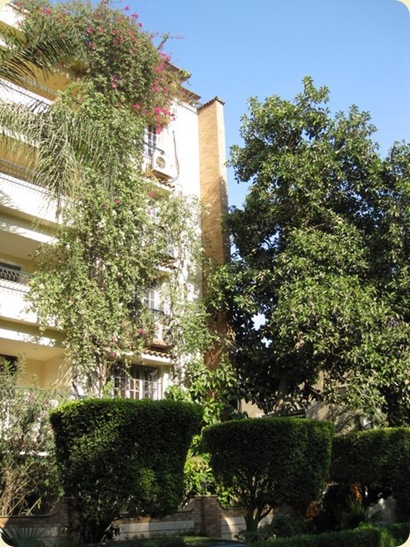 This is a midan by the church. Sometimes the local children have a rope swing going on and people like to lie in the grass to nap or pray or read the newspaper. That is, when it hasn’t been turned into a swamp by the guards, who like to leave a hose running at full blast to drown water the grass, letting it run all over the street in the process so that we have to splash through puddles on the way to church, which is just what I like to do when we’re in our Sunday best. 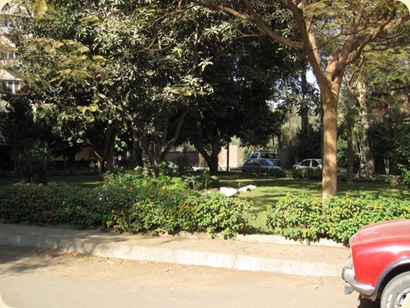 It also happens to be a garbage collection site. Why not? 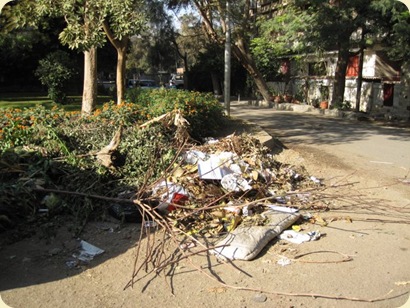 The train tracks are used most often at night, so if you live close enough to them (like us, even though we don’t live very close) you get to hear the train rumbling past, emitting whistle blasts every few seconds to warn the hobos who set up camp on the tracks to clear the way. People actually camp out on the tracks. I don’t know why. 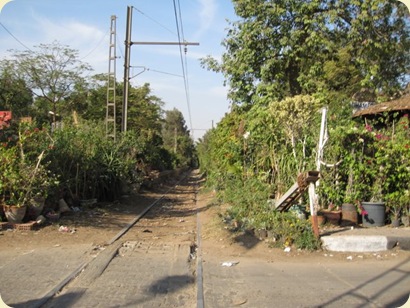 We’ve seen a few trains pass by during the day as well and they go so slowly it’s painful to stand by; I’m always tempted to scramble underneath the cars to get to the other side…but I figure that’s probably a no-no and since there are guards with guns on the trains I figure I should follow the rules. 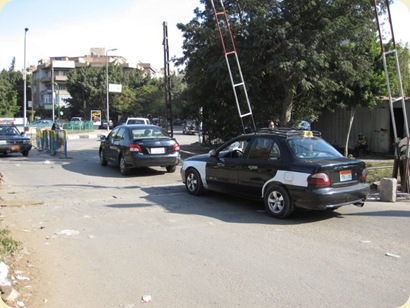 Crossing the train tracks is uber annoying because, while technically there are only two lanes of traffic, the cars usually try to make three or four and then end up in a big honking mess. The police put up those lovely non-permanent barriers a few months ago to discourage this but it persists until people realize they’re about to drive headlong into the non-permanent barriers, which, while non-permanent, would probably do some heavy damage to their vehicle.

There are several traffic circles in Maadi and taxi drivers use them as reference points. This is Midan Degla. There is a fountain in the middle and once in a blue moon it’s actually fountaining—we were hoping it would be on today, but it wasn’t… 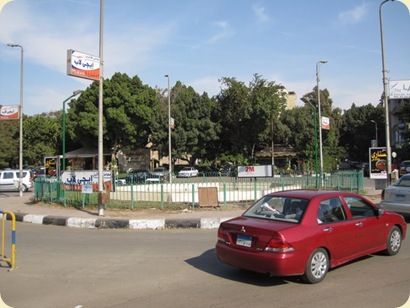 Midan Victora is the other main traffic circle in Degla. There are several others sprinkled through Maadi. Midans are usually grassy areas that are semi-okay for outdoor play, although we prefer the yard at the church. 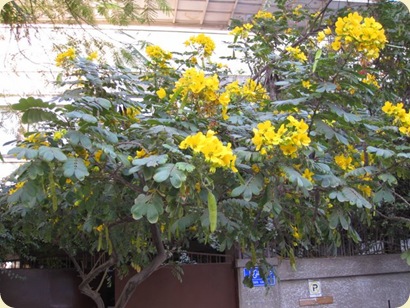 It’s a nice neighbourhood. Really. It’s like living in Cairo but not of Cairo, if you catch my drift.