…about this time I will cause it to rain a very grievous hail, such as hath not been in Egypt since the foundation thereof even until now.

It rained this morning. I was the only one up—reading the first chapter of Andrew’s thesis—sitting next to the window, hearing it patter against the pane. It was kind of surreal.

After it stopped raining we went grocery shopping. It was a little chilly (you know, like 20°C / 68°F) so we threw our jackets on and waded through mud puddles to Seoudi Market (which Rachel informed us is her favorite store) and then trudged home through the mud laden with groceries.

I stopped to admire the beautiful, angry sky offset by freshly washed green trees and perfectly complimented by pink bougainvillaea blossoms. I’ve always found stormy skies scintillating—probably from my childhood in British Columbia where it was stormy more often than not.

Our feet, legs, and all the grocery bags were flecked with mud when we arrived home.

While Andrew put away the groceries I continued editing his thesis. He had just finished putting away the groceries and walked into the living room when a bright flash of light startled us both. It was followed shortly after with a tremendous *CRACK!*

We both looked at each other.

“No way!” we said in disbelief.

We “bundled up” in our jackets and sandals again and ran onto the balcony where we were pelted with hailstones the size of marbles. Not huge by any standard, but basically apocalyptic for Egypt. 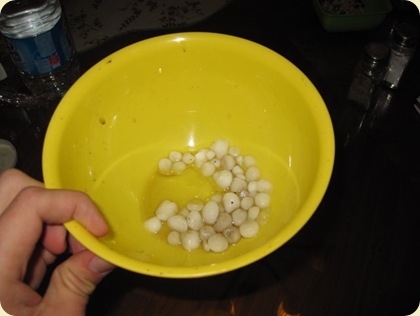 Rachel was rather worried about the hail at first.

“Monsters!” she screamed, “They’re biting me!”

When I produced a bowl, though, she forgot her fears and started collecting her little monsters with me. She caught quite a few before the hail turned into mush and then into rain. We stood outside a while longer watching the storm—feeling the electricity collect in the air and hearing the thunder rumble and echo through the city. The streets flooded with water while balconies flooded with awe-struck citizens, such as ourselves. It was an amazing storm. 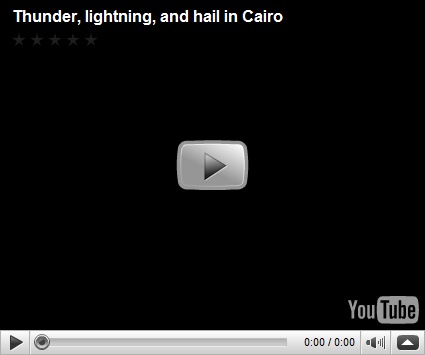 We brought our hail monsters inside and Rachel played with them until they melted into a puddle of dirty water. The first thing she did was pop one in her mouth. 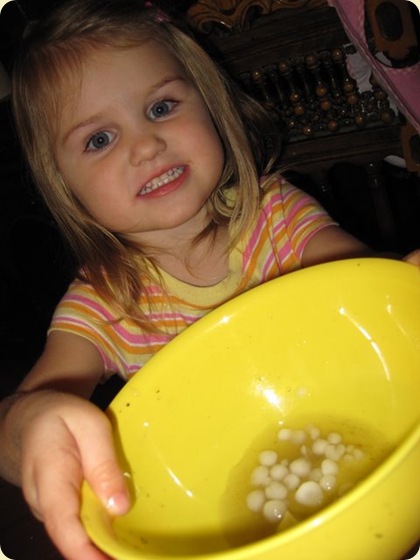 It would be one thing if they looked clean—I’ve eaten snow before and I survived—but these don’t look remotely clean. These poor hailstones look like they fell through miles of muck before reaching our balcony. In all truth, they probably did! I suppose sucking on a hailstone is no different from breathing in all that pollution everyday like we do, so maybe I should have just let her continue to eat them. I don’t think I could have handled watching that, though. It was making my stomach churn. 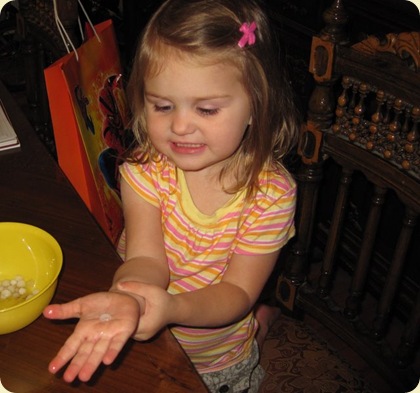 She spat the remainder of her hail monster into her hand and spent the rest of her playtime stacking the stones to make snowmen and squishing them in her hands. 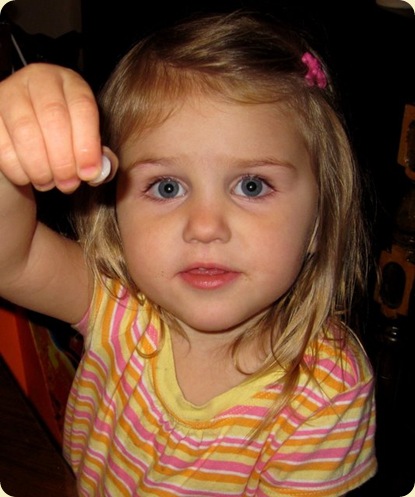 “It’s cold!” she remarked while squeezing one.

We told her that hail was kind of like snow, which was a mistake on our part. She loves snow and immediately went around the house collecting her “snow clothes.” I put away most of our sweaters and things last week (had to dig them out just to go outside today) so all she could find were some socks. She put a pair on her feet and a pair on her hands and started dancing and singing about snow and hail and rain and thunder and lightning and monsters and grandma’s house and airplanes and…. 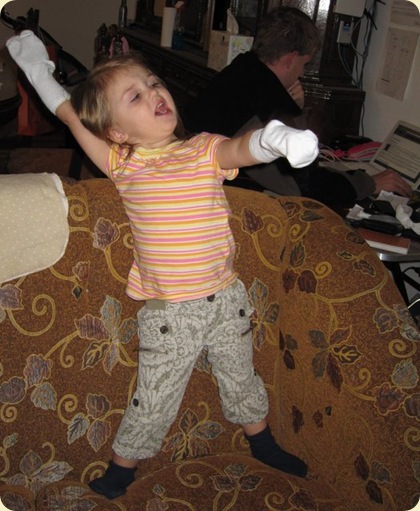 Miriam found this all very entertaining. 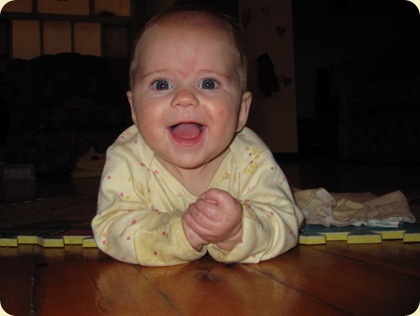 The storm blew over rather quickly and soon there were accounts of “snow” in Helwan flooding Andrew’s twitter account. Come to find out, though, it was just the same hail that we got here only the Egyptians tweeting about it hadn’t the foggiest idea what it was that was falling from the sky so they just guessed at snow only to be corrected later.

After dinner we went and stood on the balcony to watch the lightning again. Rachel was very impressed every time the sky lit up. She was less impressed with the thunder that followed.

“The monsters are growling at me,” she explained, “And I don’t like that. It’s too scary.”

It rained for hours today, which was just mindboggling to us desert-folk. We probably got enough precipitation to last a couple of years.