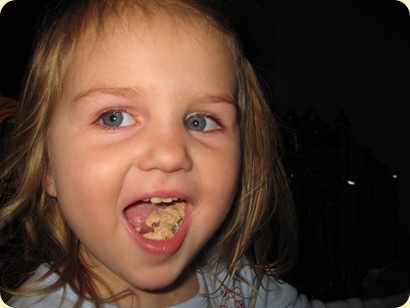 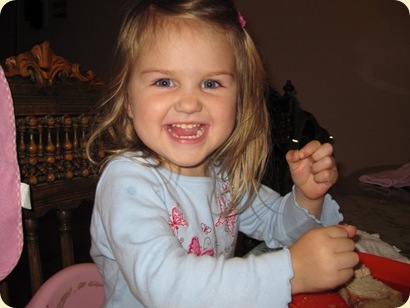 While we were reading scriptures a few nights ago Rachel was misbehaving, as usual, but perked up and sat down to listen when Daddy read this (1 Nephi 18:6-7):

“And now, my father had begat two sons in the wilderness; the elder was called Jacob and the younger Joseph.”

“Why they go down into a ship?”

“Because they were supposed to….and had taken with us our provisions and things which had been commanded us, we did put forth into the sea…”

“Why they goed into the sea?”

“Why the wind was driving them?”

“Because that’s how boats move...[verse 15]…Wherefore, they knew not whither they should steer the ship, insomuch that there arose a great storm, yea, a great and terrible tempest…”

“What’s a tempest? Like, my mommy says tantrums are bad.”

“A tempest is a bad storm.”

“Oh, once I went with Uncle J-butt on a ship into the sea.”

“Really? What kind of ship were you on?”

“Yeah. And it was tempest-ing vey [very] bad! I was sitting on the girl side but I wanted to go to the boy side because the girl side was vey dane-us [dangerous].”

Rachel was recounting a true story to us. This one, actually.

She told it to me a few weeks ago, too, telling me that we were pretending to be on a boat and we were going to the banana store.

“No. Like…you take a boat to a place that has lots of bananas growing on trees and you can just pick them and eat them whenever you want. And sometimes there are crocodiles, too.”

Today Rachel taught the Family Home Evening lesson. She picked it out a few days ago while we were flipping through the July 2009 Friend, immediately recognizing it as a game—which is impressive since I don’t think she’s ever played a board game.

So I told her we could play it for FHE. And she remembered.

She read parroted me in reading the paragraph about prayer before we played the game,

“As children of our Heavenly Father one of our greatest privileges is to communicate with Him in prayer. I can’t say that word—communicate. It’s a hard word.”

I am not even going to attempt to spell how she was saying communicate. Just know that it was hilarious.

She did a good job with the lesson, though, and ended up winning the game. It was a fun evening. 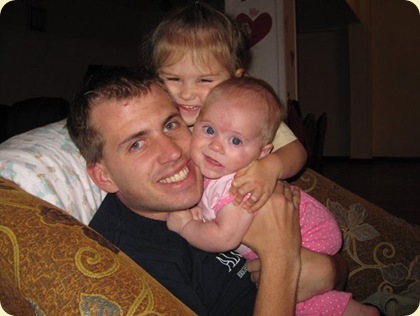