We had a rough night a couple of nights ago. Little Miss Miriam simply didn't want to go to sleep and then once she did go to sleep she never rested well and woke up several times in the night. It was torture.
Earlier, though, it was kind of cute. At 9:00 PM she was pounding on her door. I opened it to check on her and put her back to bed.
"Hi, Momma Bear," she said. "I'm awake! I slept all night! I put my nightgown on all by myself! I just put it on me!"
Not only had she put her nightgown on, she had also put on a touque and was wearing a pair of shoes on her hands. And any and every toy within her reach was spread over the bedroom floor (which had been clean when they were put to bed). 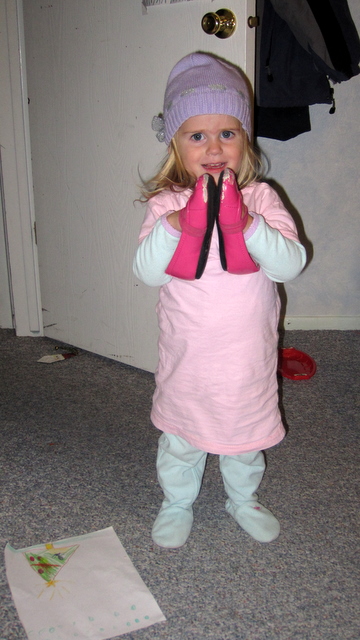 She's quite proud of the fact that she can dress herself. 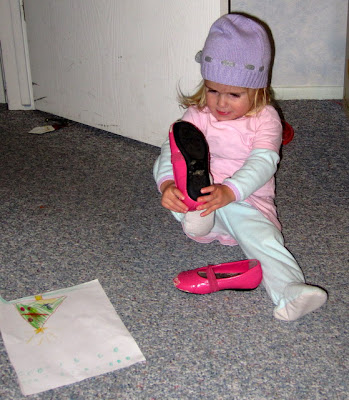 She was still crashing around in the bedroom about half an hour later and this time Andrew went in to put her back to bed.

"Your nightgown is on backwards," he pointed out to her.

She harumphed at him and said disdainfully, "Daddy, I put my nightgown on all by myself—even if it is on backwards!" 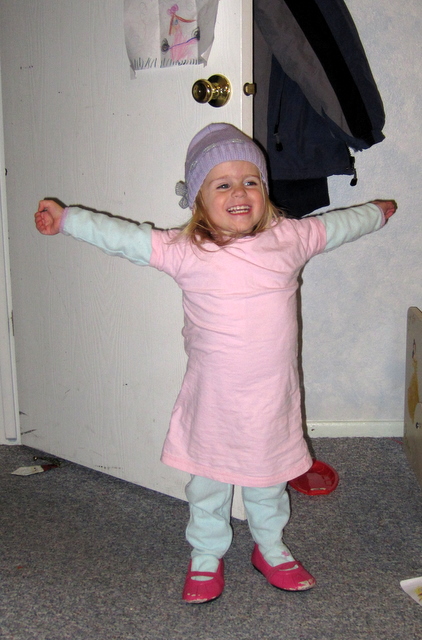 I later tried to convince her to let me clean out her nose so she could breathe better. This is what she did: 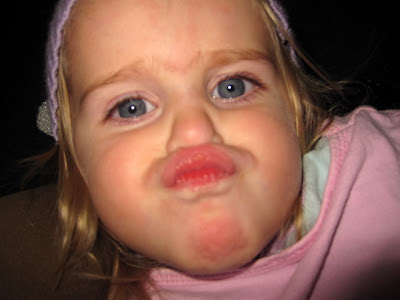 Sealing off your nostrils with your lips is a real talent—it runs in Andrew's family. Both our girls can do it, Andrew can do it, and I do believe that his mom demonstrated this ability to us once as well. I can't do it (and, yes, I've tried).
Posted by Nancy at 2:47 PM