This afternoon I was in the living room with the girls when I heard Benjamin in the kitchen.

'Anks, in case you're wondering, is how he says thanks. Mmmm...mmmm...yummy is what he says when he's eating something delicious and because I'd left his birthday cake on the counter to cool I rushed into the kitchen to see what he was up to.

He'd grabbed a cupcake and was ravenously stuffing it into his mouth, praising its goodness between mouthfuls, "Mmmmm...mmmmm..mmmm!" 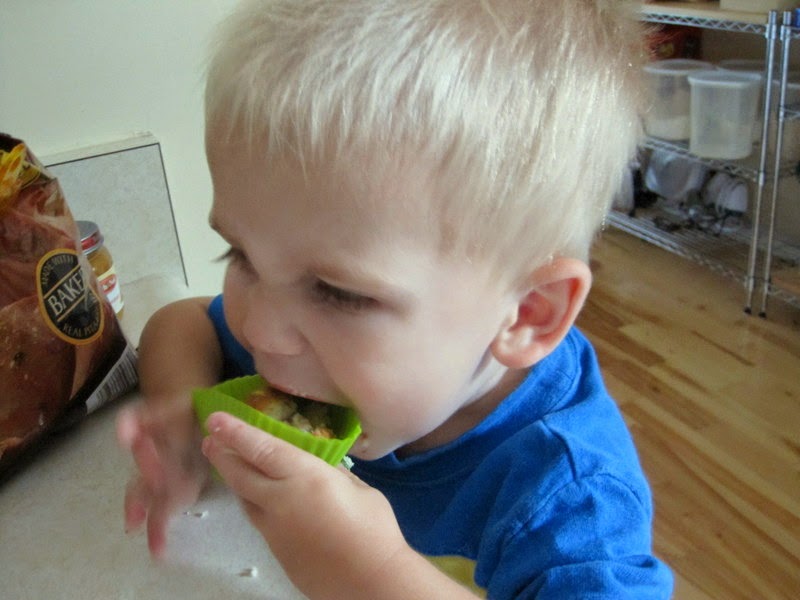 I'm in the middle of trying to make a bus cake for him. The cupcakes are going to be the wheels but because I'm not entirely sure how that's going to work out (I'll let you know how it goes) I made six cupcakes so I'd have two backup cupcakes should anything happen to go horribly wrong.

I suppose I can only mess up once now!
Posted by Nancy at 9:33 PM