When we went to get into the van to leave for church yesterday Andrew noticed a lizard had fallen into our old frog container (that I haven't cleaned out yet) and was stuck so—lucky creature—it became our pet for the day. 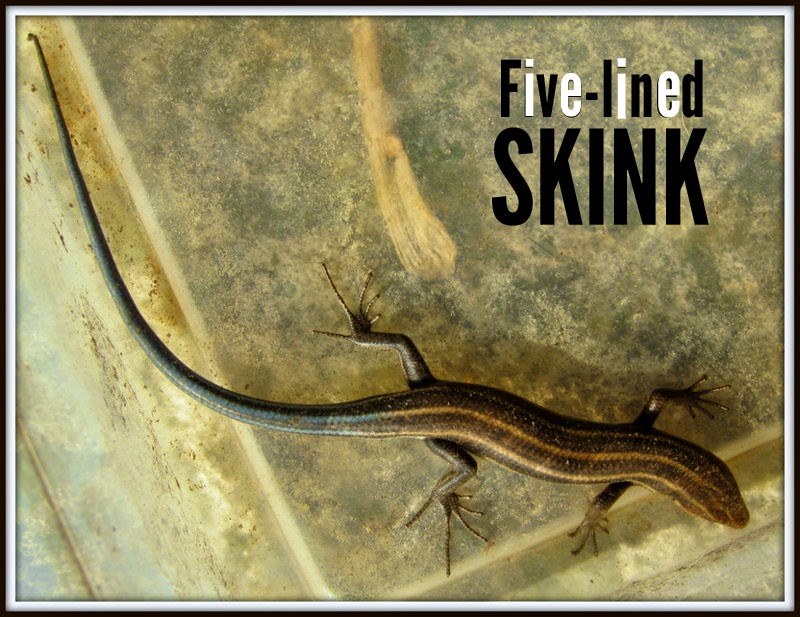 We didn't really do much with it until after church and nap time when it was time for Andrew to leave for choir. Then the kids and I sat outside and observed it before eventually letting it go. 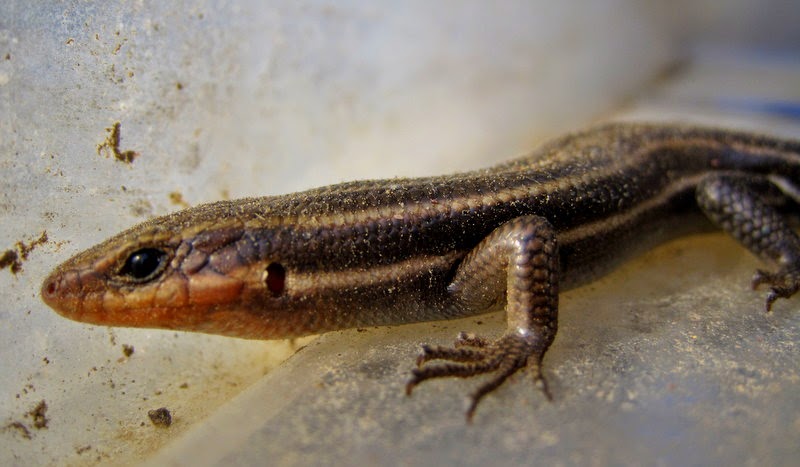 These lizards—five-lined skinks—are everywhere around here, scurrying around our foundation, busily keeping pests from entering our home. It was fun to get to watch one up close for a while.

And here are my little scientists at work torturing observing the skink... 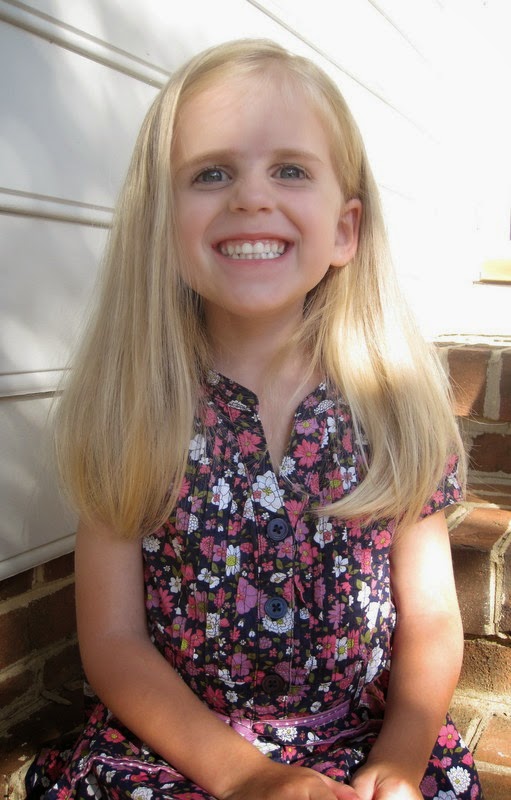 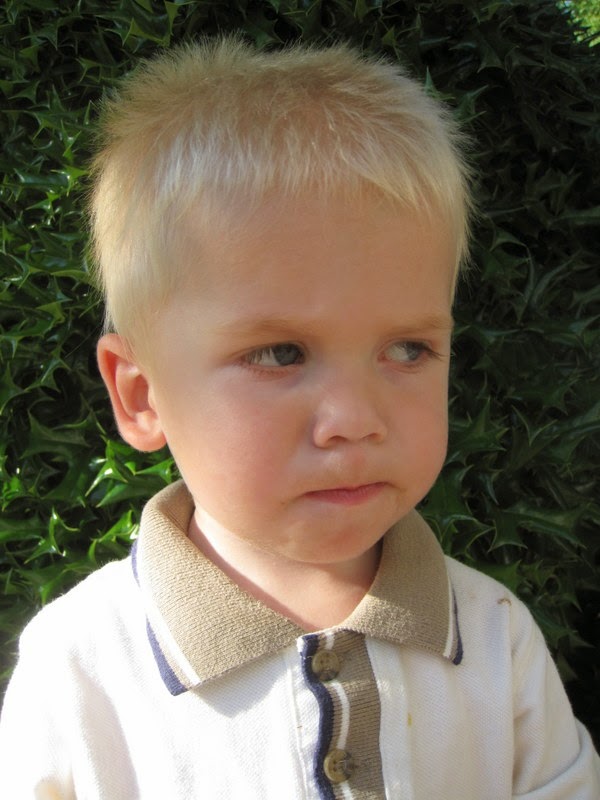 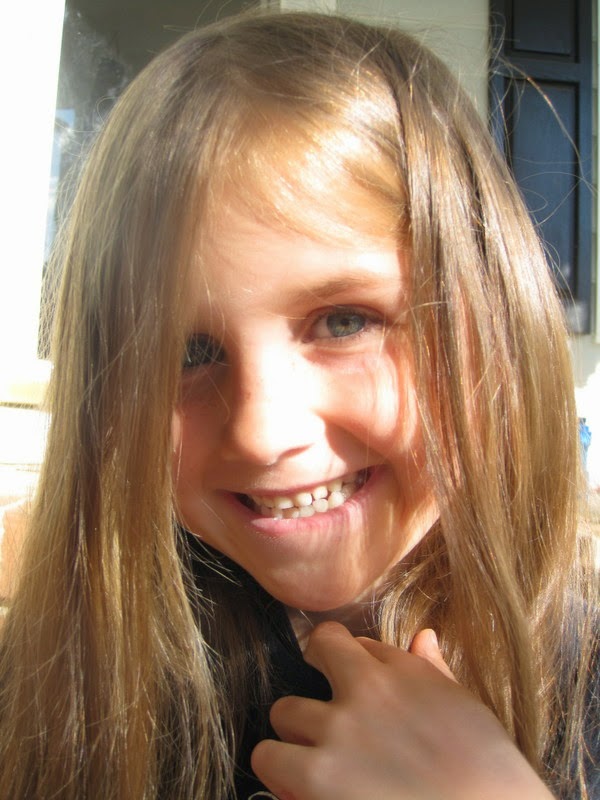 She stayed home from church yesterday (and from school today on account of she was throwing up, which is almost embarrassing to admit to if you've been keeping track of how often we've come down with stomach bugs this year (What is up?)), which meant Andrew did, too, which meant that I got to battle the little ones through sacrament meeting by myself.

Benjamin was much more interested in sitting with the family behind us.

At one point he started fussing about wanting a car—quite loudly—and a sweet grandmother across the aisle magically produced a car from her purse. She's been wanting to make friends with Benjamin for a long time but he's been keeping his distance. That car might have just been the ticket into his heart.

It didn't magically make him sit down and be reverent and quiet but it did make him happy for a while.

He went to nursery almost willingly and ended up having a happy time there, which is nice because he hasn't wanted to go at all the past couple of weeks. But Kiki was there this week and Kiki is his favourite. She even offered to help him go potty in the middle of nursery so that I wouldn't have to (because that seems to cause another fit of separation anxiety). He did just fine!

Before leaving for home we stopped to use the potty once more and while we were in there Miriam disappeared. She hid from us for a few minutes, which I did not find funny (after three hours of church without Andrew to help chase kids down I was not in a mood where this seemed humorous—it was fast Sunday). After enlisting the Elder's Quorum President and the missionaries to track her down, we finally found her crouching under the drinking fountain. Silly girl.

Once we were home everyone fell asleep for a long afternoon nap...except for Miriam and Andrew, so I suppose that's not everyone. Andrew woke me up when he left for choir. He's the substitute pianist, apparently.

For some reason our choir meets at 5:00. I'm thinking we should start a petition to hold it right after church now that the Mebane ward has moved to their own building and we're the last ward to meet.

I'd rather stay for another hour after church than have to come back again later. Especially at 5:00 on a fast Sunday. We didn't end up eating dinner until 6:30! But I'm glad Andrew could use his talent. I wish I could have gone with him to sing but I couldn't because puking children. Oh, and because what I really wish is that they'd just have choir right after church.
Posted by Nancy at 9:26 PM