When Rachel was a baby I picked up a discarded copy of I Love Trains by Philemon Sturges from our local public library for the low, low price of 50 cents. That book has been read and reread so many times it is not even funny. It was one of Rachel's favourites, one of Miriam's favourites, and is now one of Benjamin's favourites.

Benjamin's recently begun to say it along with us, which is fun. Even when he wakes up at 11:30 PM demanding breakfast and playtime, begging to wake up his sisters so that everyone can go outside to play, and asking to go swimming. (And to think I was so happy that he was asleep by 8:30 last night.)

But at least he's cute—and there's a video to prove it!

The best part is at the beginning when he says 'roar' and 'strong.' (Also the first line is 'Trains, trains, trains! I like trains," not "I love trains," but it was 12:30 AM (and Benjamin stayed crazy until he conked out at 2 AM) so I'll excuse myself).


The words Benjamin said that you might not have understood (right before he started snorting for everything) were 'rain' and then 'grain.'

And here are a few stills—one of Benjamin being a ham: 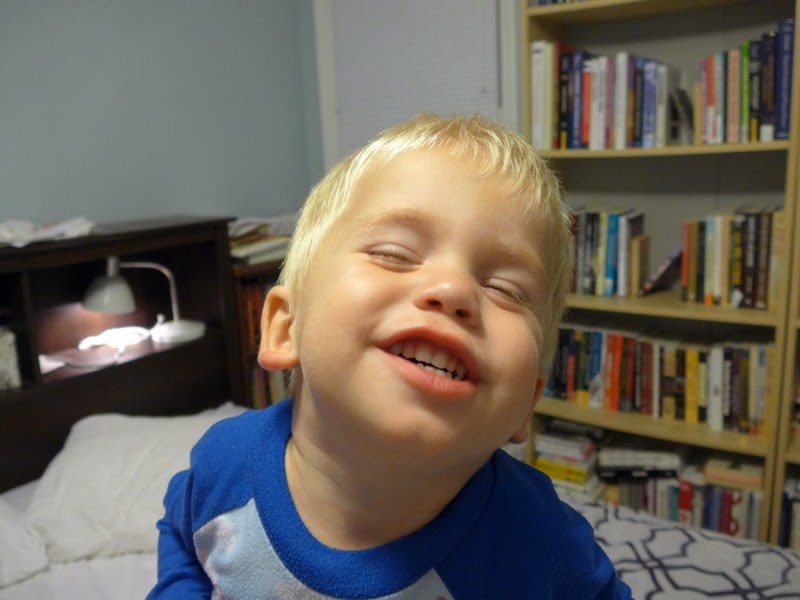 And one of him saying "Strong!" 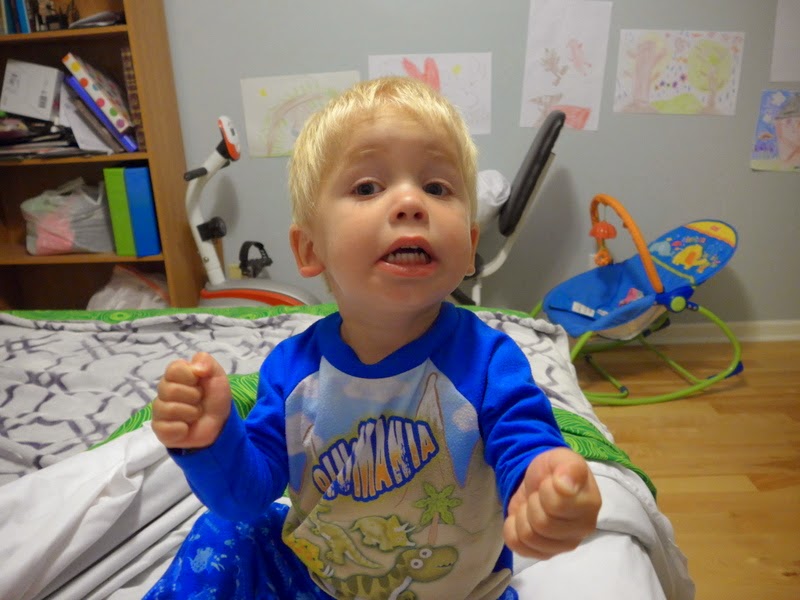 And when I looked this book up on Amazon.com we found out that Philemon Sturges has another book called I Love Trucks which just might be on its way to our house right now. We consider it a necessary purchase; it will help break up the monotony of reading I Love Trains all day long.
Posted by Nancy at 11:34 PM