...we woke up to a terrific storm on Friday morning. By the time Andrew had the car packed, he was soaked. And he was under the carport. You should have seen Rachel! We made her run the trash out to the garbage can on the street and she came back absolutely drenched.

There was thunder and lightning and crazy wind.

Probably the island was mourning our departure or something.

We had our wipers going full blast and could hardly see out our window. We couldn't even tell where the road was and where puddles were. It was all one big watery mess. It was terrifying to drive through (so I was glad that Andrew was doing the driving). 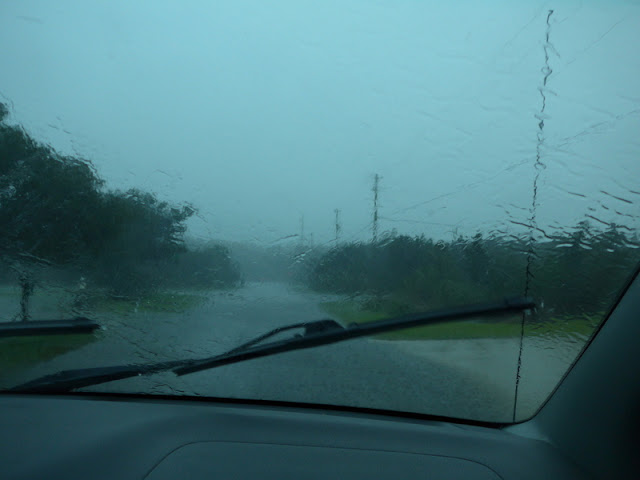 I was grateful that the storm was mostly behind us by the time we started crossing all the long bridges or I don't know how my nerves would have survived. 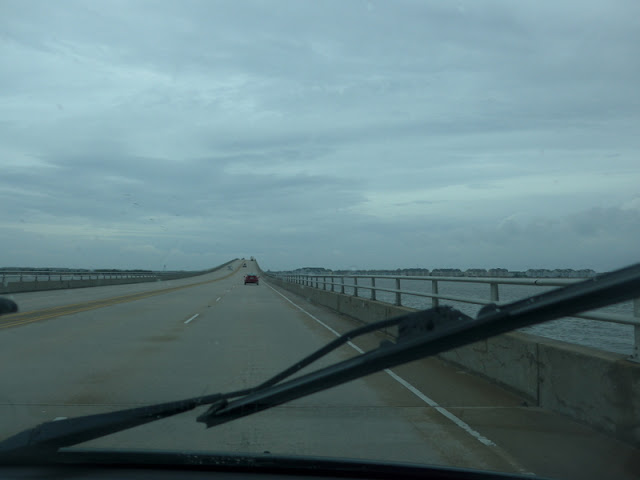 The ride home was pretty uneventful. No poop-splosions or anything.

We had plenty of work to do when we got home: unpacking and laundry and so forth. We all worked for a while until Grandma and Grandpa decided it was time to head to their hotel. They took Rachel and Miriam with them for a swim and a sleepover.

Benjamin was a little disappointed that he didn't get to go, too, but he talked himself out of his panic by explaining that he'd get to stay at home with Grandma all week while the girls were both at school.

We took a break to watch (half) of the new Star Wars movie that was released on Friday. Benjamin wasn't able to sit through the whole thing (he was dancing crazily around the living room with his lightsaber) and I was "watching" from my computer while feverishly working on the Hancock Hummer and Zoë was fussing loudly so Andrew decided it was no longer a fun family activity and declared it was bedtime.

And that was officially the end of our vacation because Saturday involved six hours of Chitty rehearsals and six hours of General Conference. Quite the reintroduction to real life!
Posted by Nancy at 11:34 PM