We woke up with the sun on Thursday morning, hoping that if we made it to the ferry terminal early enough we'd have half a hope of making it on the boat. 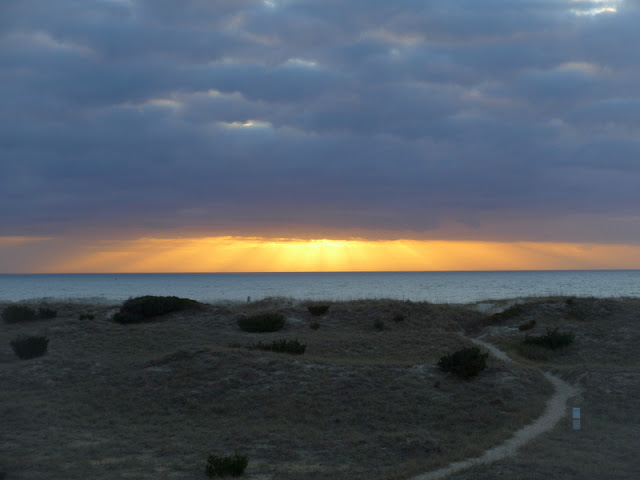 Waking up was difficult because we'd all been staying up way too late visiting, watching movies, and playing games, but we obediently got up when our alarm went off and then I went in to wake the children. Benjamin and Rachel roused fairly easily but when I first shook Miriam awake she responded by groaning and burrowing deeper into her pillow.

"That's right!" she said, sitting up in bed like a jack-in-the-box. "OCRACOKE!"

Benjamin and Rachel, who'd woken up right away, had obediently but groggily begun getting dressed. Miriam, who'd taken a little more shaking to initially wake up had sprung into action. She was singing and dancing as she got dressed.

"We're going to Ocracoke!" she crooned, waving her arms with jazz hands.

"Please let us make the ferry," I silently pleaded.

Miriam had been so disappointed when we weren't able to get on the ferry on Tuesday. I could only imagine what her reaction would be to missing it a second time. A total first-world problem, I know.

We were in line for the 8:00 ferry with about five minutes to spare and we made it on! There were only two (partial) lines of cars (the priority boarding line (for Outer Banks resident and business use) and one line of tourists) and I think everyone made it on!

Miriam and Benjamin were riding in Grandma and Grandpa's car, and when we pulled onto the ferry they were so excited that we could hear them squealing from our car! 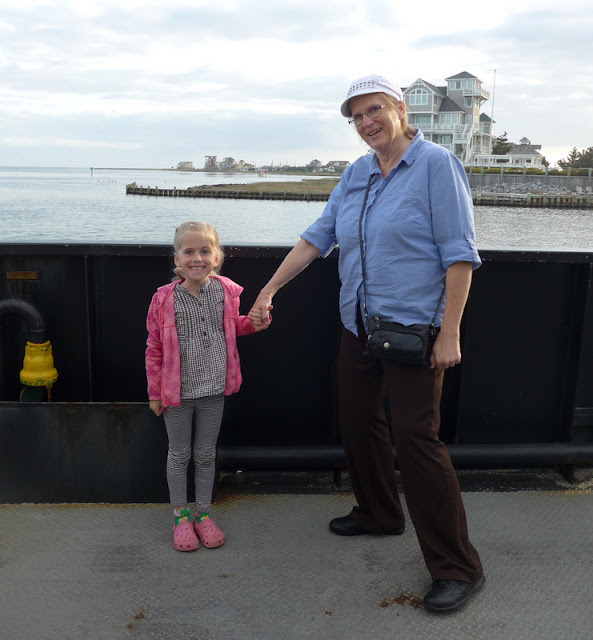 Benjamin was excited to see a crane on a boat: 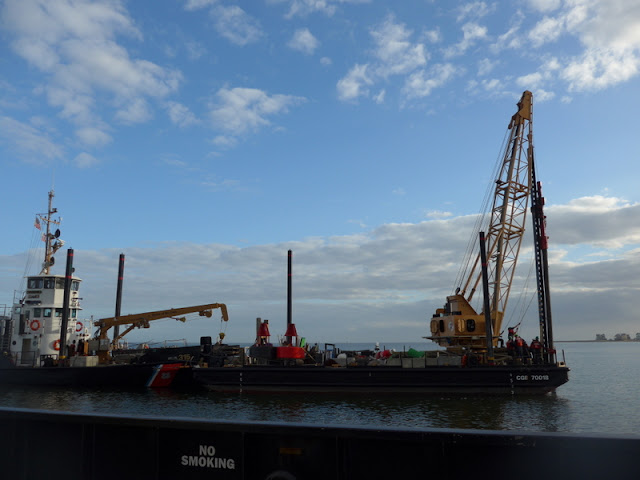 Let's be honest: Benjamin was excited about seeing everything. 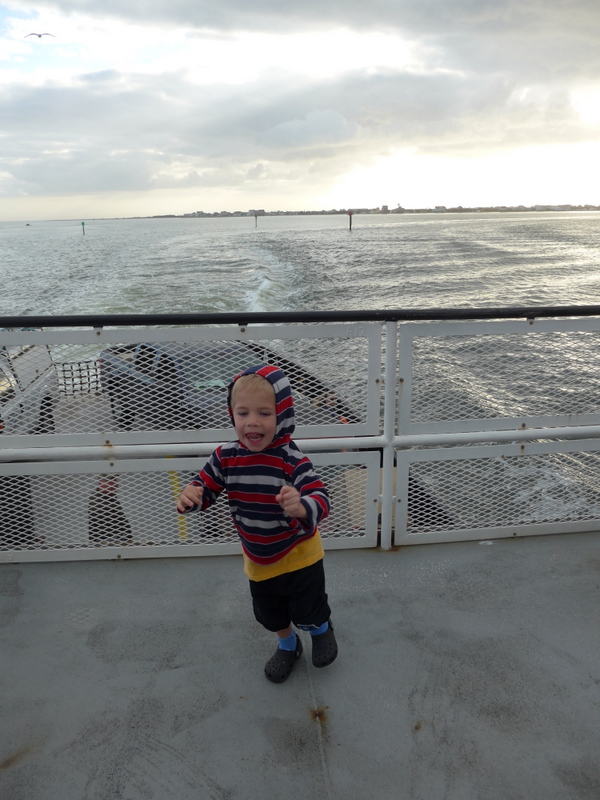 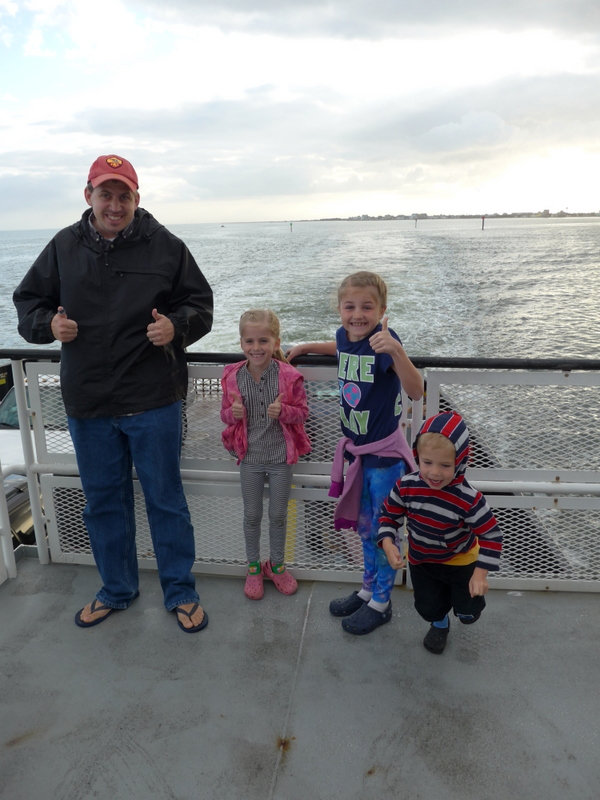 Here's Andrew being "the king of the world": 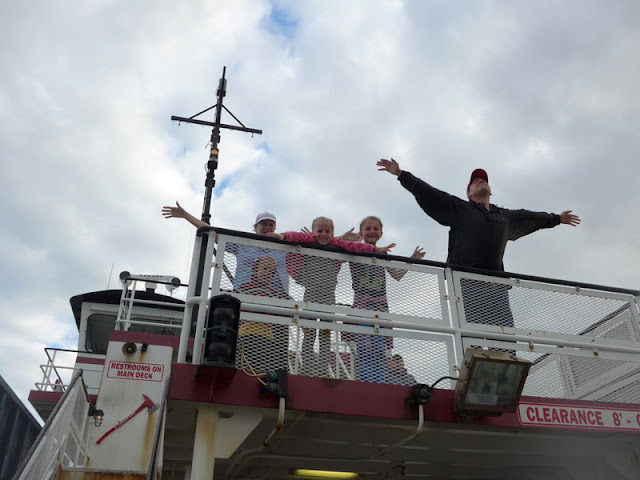 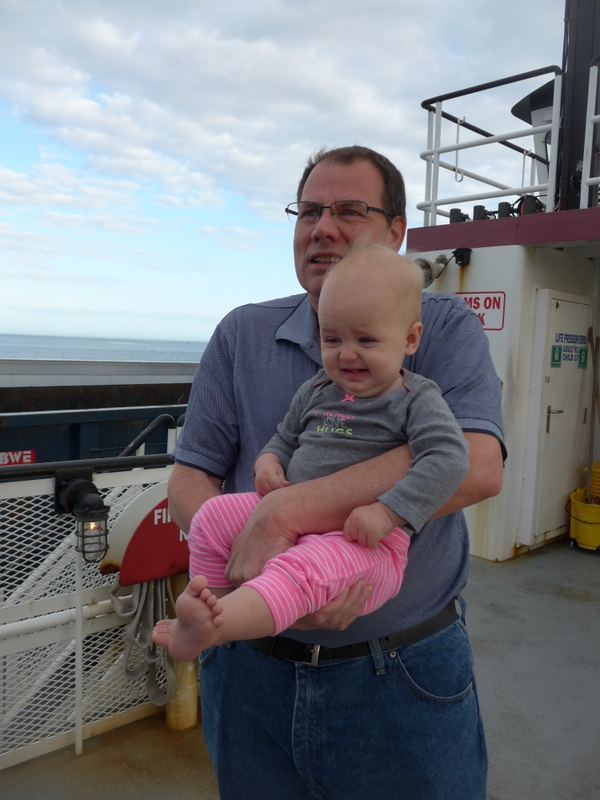 We're still waiting for Zoë's hair to come in. She's got quite a bit in the back (which you can see blowing around on her head in these pictures (and, yes, it's blonde and blonde can be (sigh))) but on top she's Baldy McBalderson. 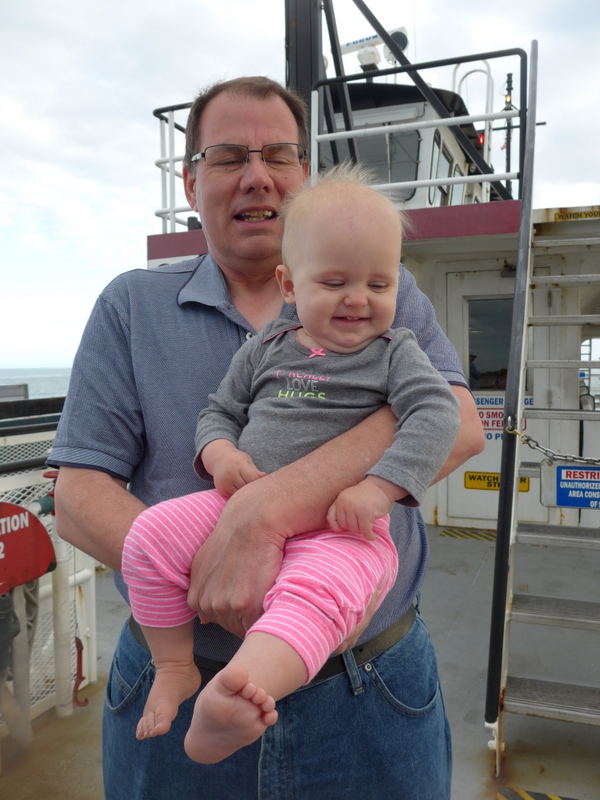 In contrast, Benjamin, who was about ten months old three years ago (?!) had just received his first haircut this time of year. Even after I cut his hair he had more hair than Zoë has now! And it was the fluffiest, most adorable little mop of hair in the world (why did I cut it?!?!)! 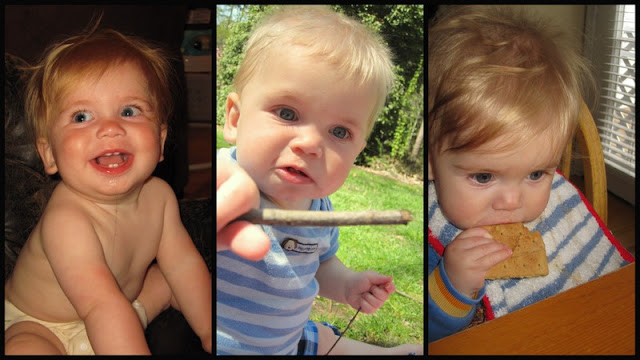 Of course, I love my little bald baby as well and have every hope that one day she'll be sporting adorable baby pig tails...eventually... 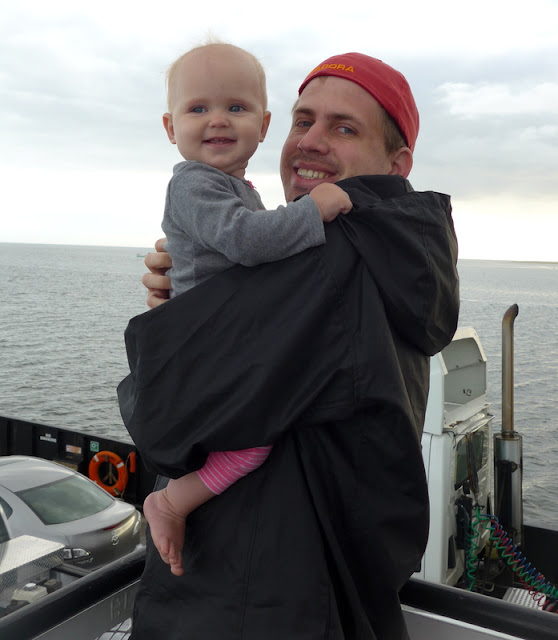 Here's Benjamin discovering that he can fit his head (and entire body) through the rails on the top deck. What's below him? Why, the open sea, of course. Because that's super safe. 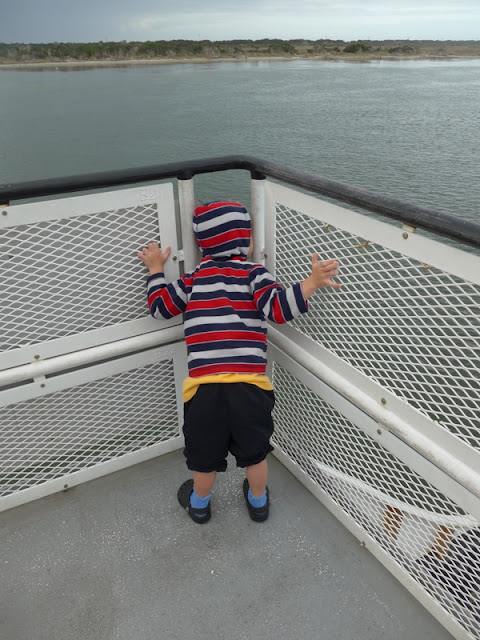 We tried to keep him away from there because he really could slip through those bars quite easily, but he kept gravitating to that spot because it offered him the best view. He was a little too short to see over the top of the rail. 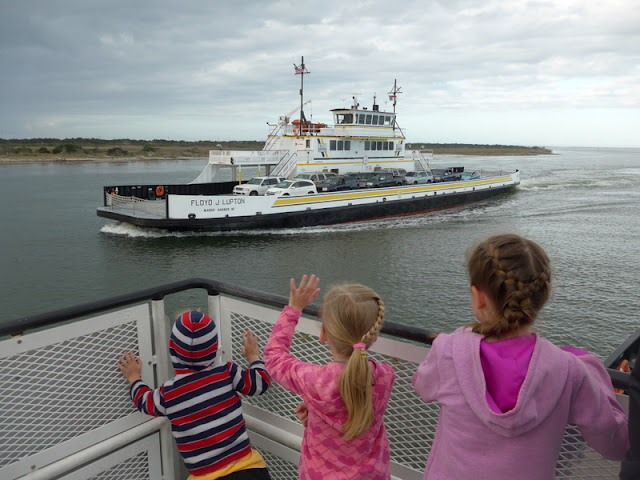 Here's one last picture of Zoë being unsure about all that wind... 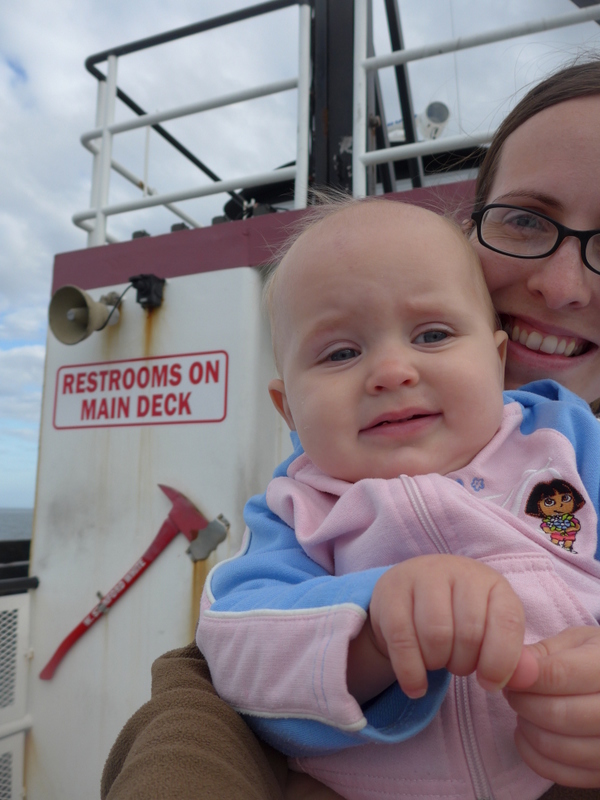 The ride from Hattaras to Ocracoke is about an hour and it went by quite quickly with all the excitement that being on a ferry offers, and then we were plopped right back on a narrow strip of highway on a tiny speck of an island in the middle of the Atlantic Ocean.

The mile markers don't even start at 0 on the island because the ferry route counts as highway, so the mile markers pick up where they left off on Hattaras. And the road was so sandy—at times an entire lane was covered with sand!
Posted by Nancy at 10:31 AM