Everyone was hankering for a quiet day yesterday. Our first item on the itinerary was a good old fashioned sleeping, which was spoiled by Benjamin, who woke up at 7:00 am.

The best laid plans of mice and men....

Lucky (for us) he decided to head up to Grandma and Grandpa's bedroom instead of coming to our bedroom. Grandma put a show on for him and at some point he came downstairs to wake us up.

When everyone was up for the day, Grandpa took all the big kids out for a walk while Andrew worked and Zoë and I went down for a nap. That poor girl had a rough night. I was so exhausted I couldn't think straight. When I came upstairs after waking up in the morning, the very first thing Andrew asked me was to look at a chart he was working on.

Rexagon. Dude. It's a real good thing I got to take a nap yesterday.

When Zoë and I got up from our nap we got ready to head back to Jockey's Ridge to play in the sand for a little bit more. We left Grandma and Grandpa alone at the beach house to enjoy some peace and quiet.

It was a little chillier than it was on Monday, but we still had a lot of fun. We stayed at the very beginning of the dunes where the hill is steep and the sand is soft. Andrew threw the children around a bit... 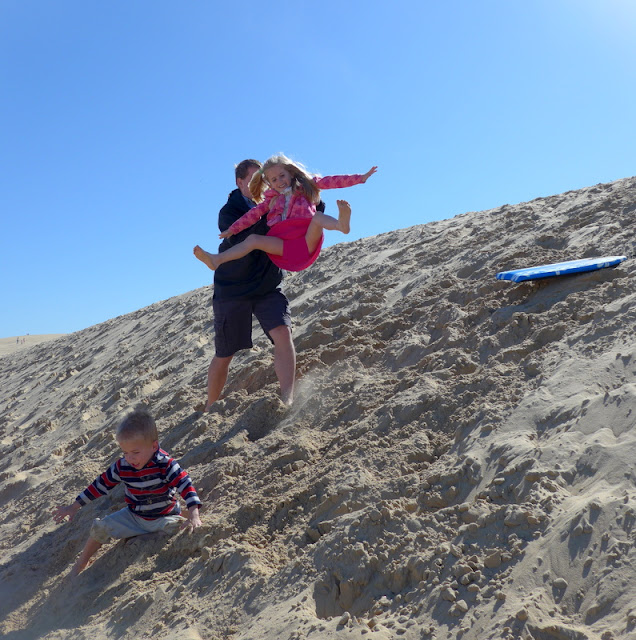 Zoë, rather unimpressed by the dunes, fussed until I nursed her to sleep... 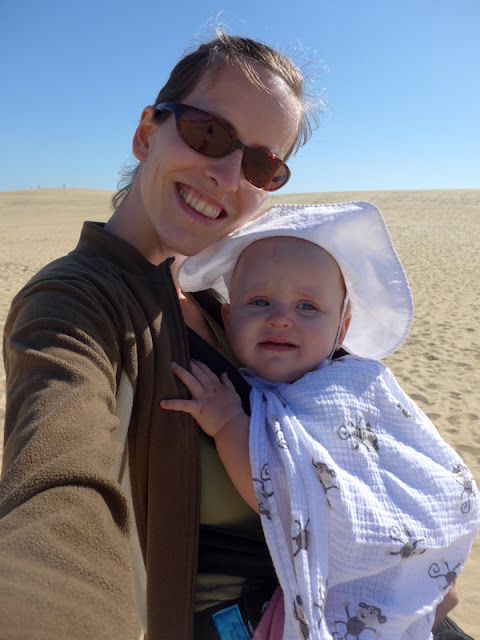 I think I was so cold because I was sitting still while everyone else was running around. I ended up huddled on top of the dune with Zoë in the front carrier, her blanket wrapped around us, wearing my sweater and Andrew's jacket, and with Miriam's sweater wrapped around my legs. And I was still cold!

Everyone else was running up and down the hill so they were nice and warm. 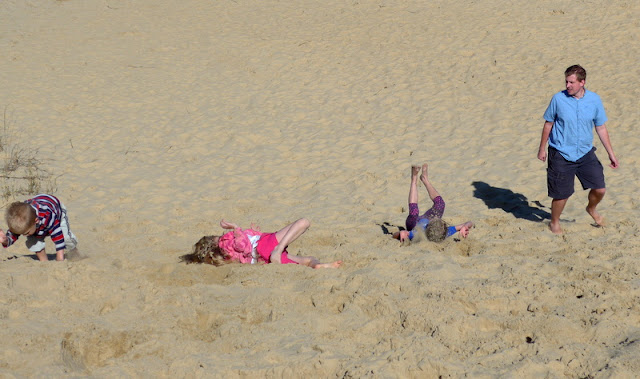 Benjamin's sunscreen hadn't quite dried when he dove into the sand the first time and he spent the rest of the afternoon with sand plastered all over his face. 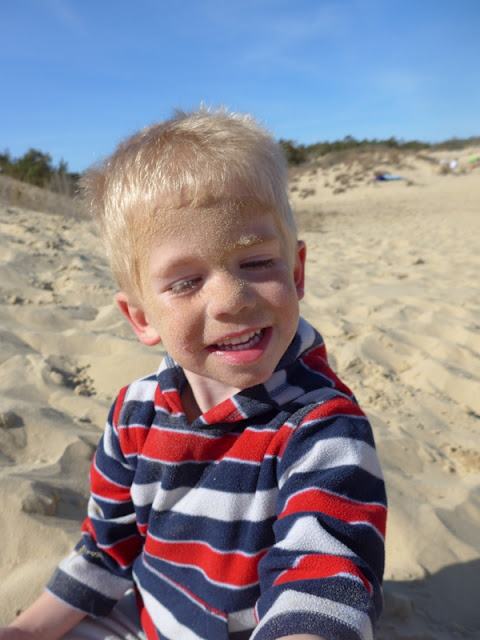 I did hand off the baby to Rachel for a little while. 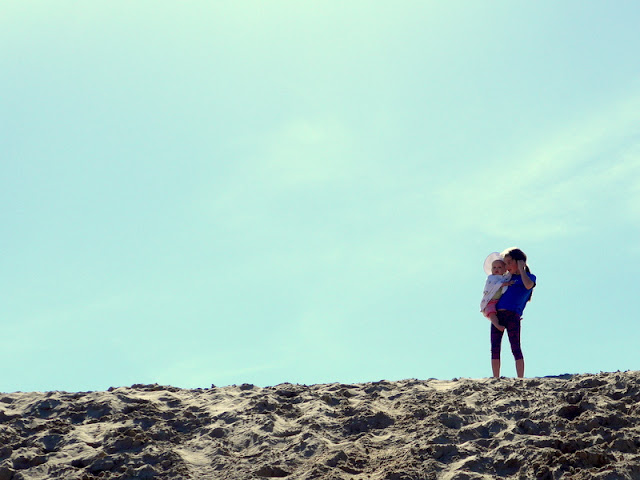 Andrew got the girls doing forward rolls down the hill and it looked like so much fun that I had to take a turn (or two or three).

And here are the girls:

We've really been wearing the kids out every day. On our way to Jockey's Ridge Benjamin fell asleep in the van, and he stayed asleep for a long time, too, because we were stuck in construction traffic on one of the bridges for quite awhile. When we got there Andrew said, "Did you have a nice nap?"

"So, you were awake the whole ride?"

And then tonight, Benjamin was "trying" to go to sleep on Rachel's bed (our kids have been playing musical beds the whole trip--you never know where you'll find them in the morning) but really he was doing his best to keep himself awake by lifting his legs and thudding them on the mattress.

"Okay," Benjamin said and then went out like a light.

The only problem with wearing children out s effectively is that the parents also get worn out. Fortunately we have a 1:1 adult-child ratio with Grandma and Grandpa here, but this week has still been exhausting. Wonderful, but exhausting.
Posted by Nancy at 12:05 AM