OBX: Last afternoon on the beach

Because the water at Ocracoke had been so warm we were hoping that maybe our beach had somehow magically turned warm as well. So when we got home we changed into our swimsuits and headed to the beach and found out we were so very wrong. It was just as cold as ever.

We had fun in spite of the cold. 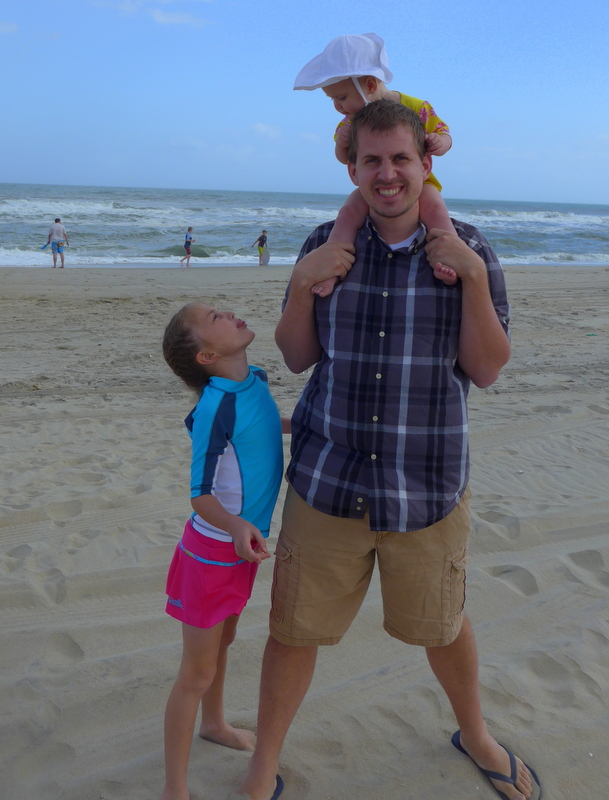 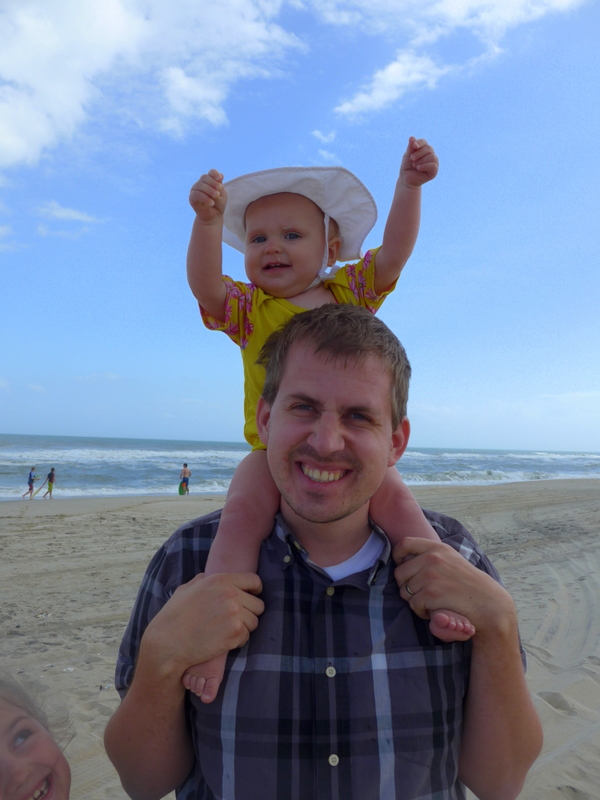 Zoë was not friends with the ocean at all. She would crawl toward it on her own but once she got within a certain distance of it she'd stop in her tracks and start crying for help (I guess retreating under her own power wasn't a viable option for her). Andrew went to rescue her once and instead of helping her get back to the dry sand brought her closer to the water. She was not impressed.

But her cries were to no avail. Plus it was in baby language and so no one really understood what she was saying (though it was pretty clear what she meant, Andrew). 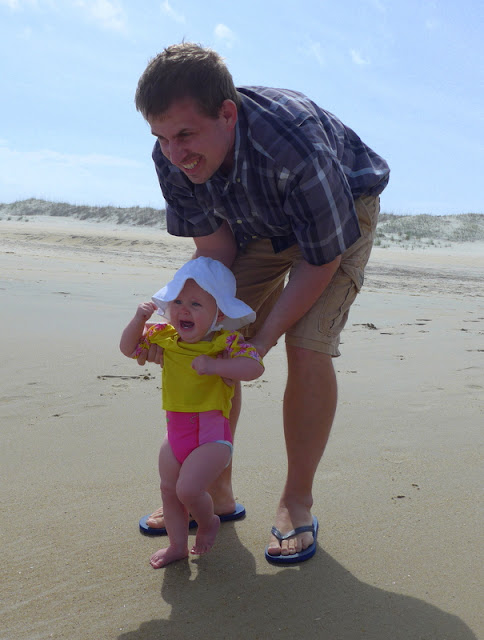 And here she is, completely unimpressed that she's in the ocean (though I don't think it was as bad as she was expecting it to be, either). 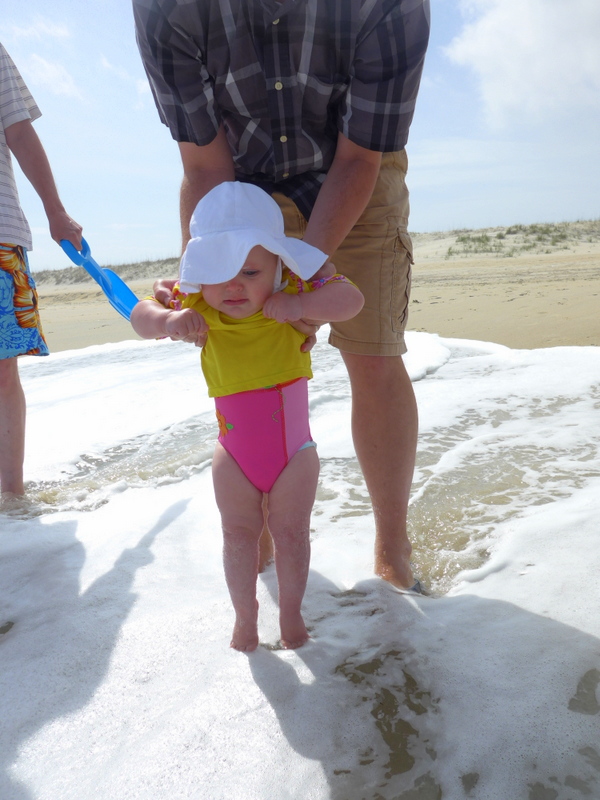 Even Benjamin was less than impressed with the colder water: 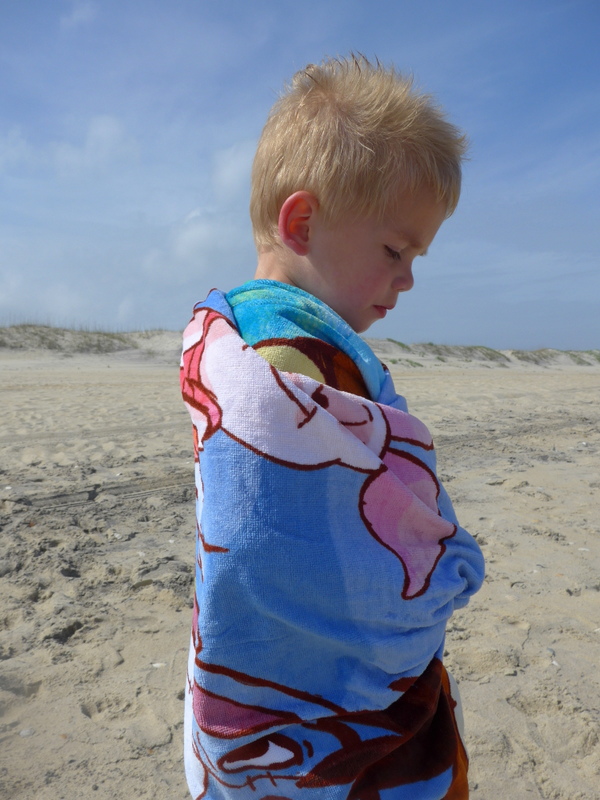 But he eventually warmed up to it: 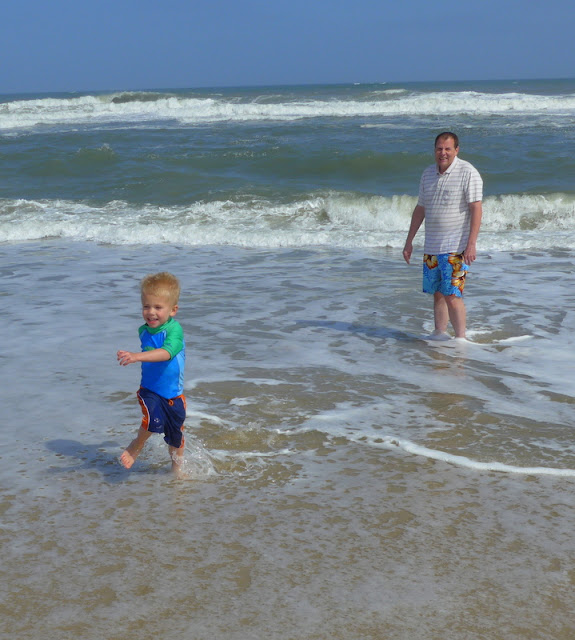 This little boy loved the ocean so much. He never turned down a chance to splash in the waves, or go for a walk along the beach, or play in the sand. And when we were stuck inside he was often checking on the ocean out of the window.

On Sunday when it was raining he said he could see the ocean filling up. And on a particularly windy morning he wondered if the ocean was going away (because it looked like it was flowing downstream).

He really enjoyed the water.

Here are the girls enjoying the sand: 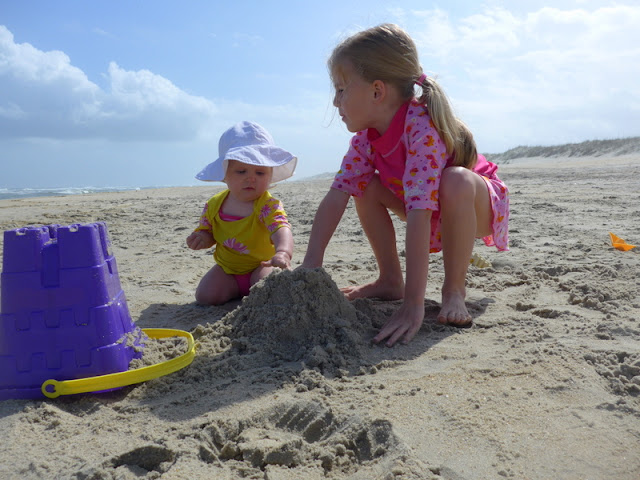 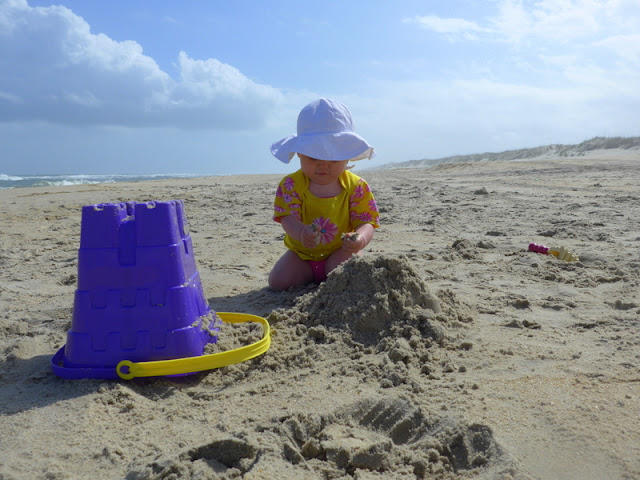 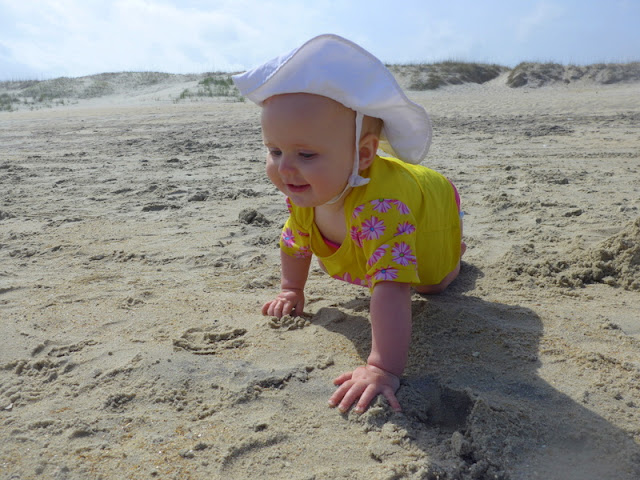 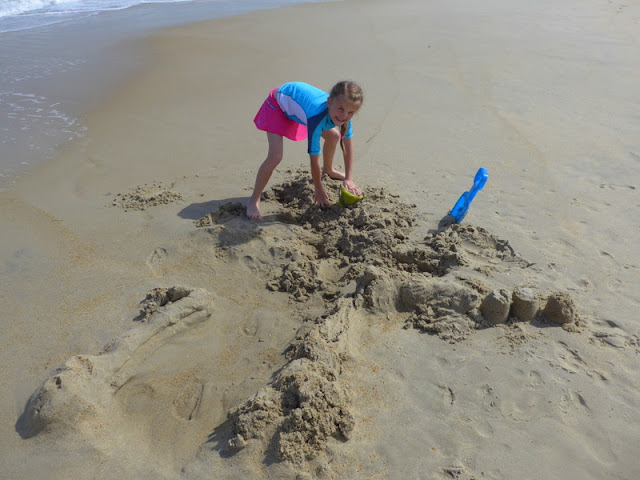 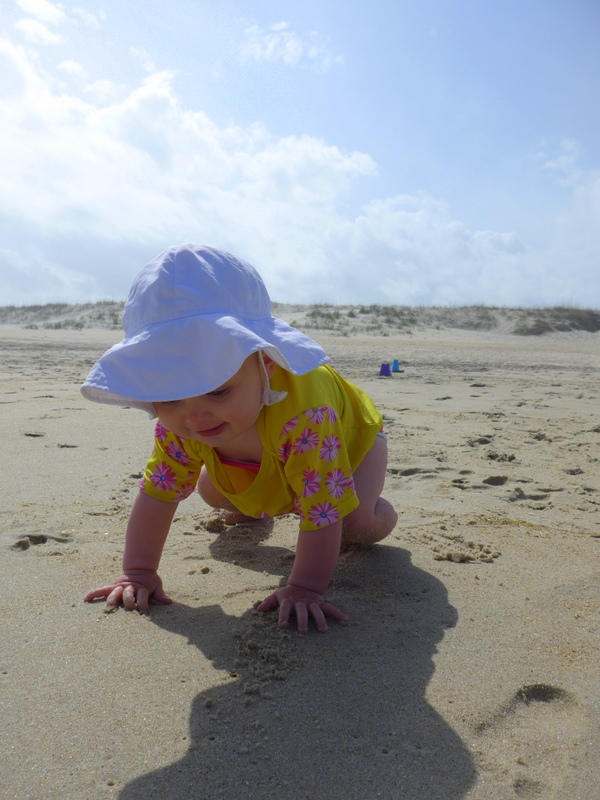 Benjamin enjoyed the sand, too, of course. Here he is making a sand angel: 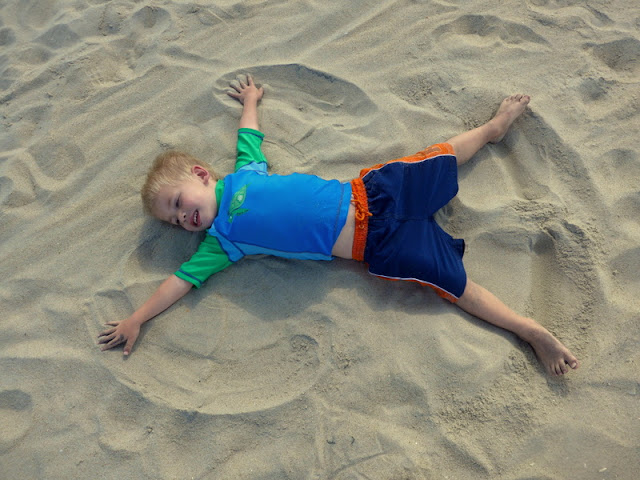 And here's some more sand playing, this time with Grandpa: 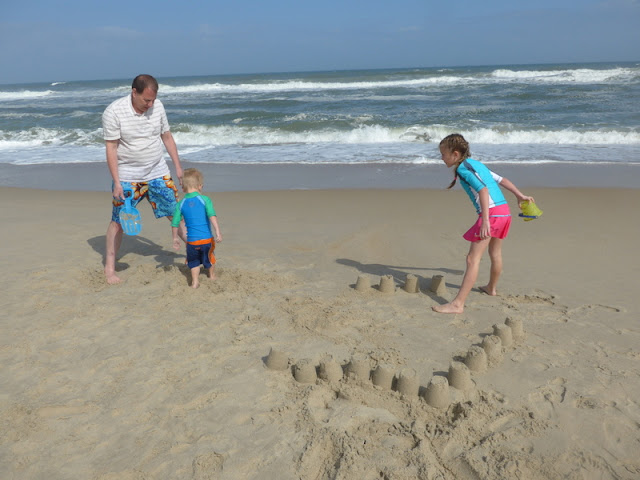 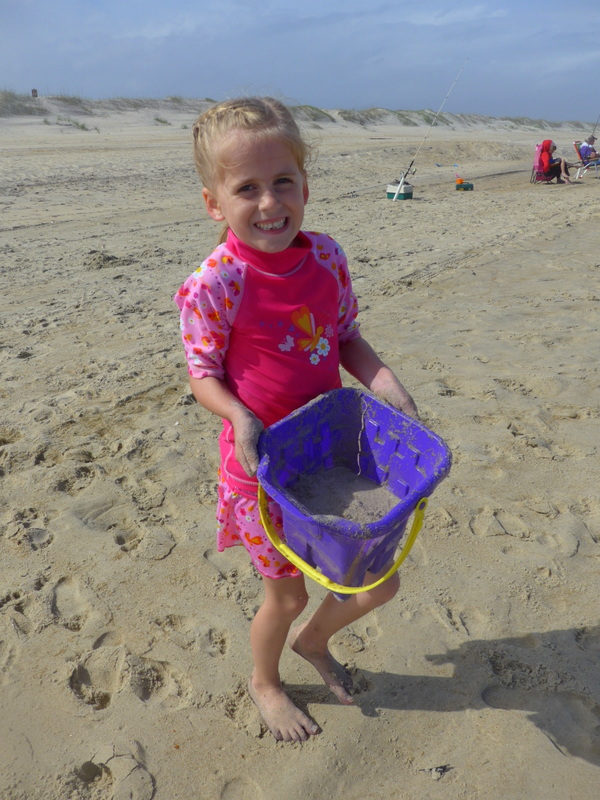 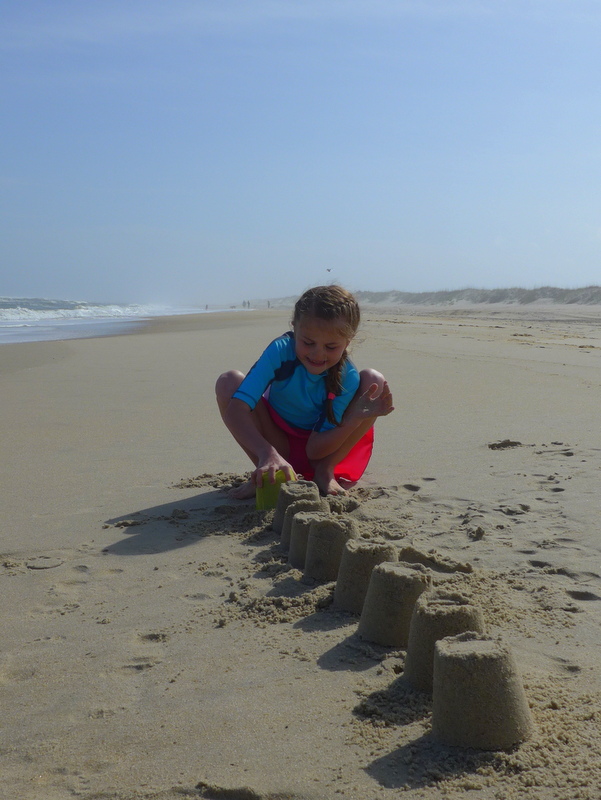 Here's Zoë waving at Grandpa after she reached her limit of ocean proximity: 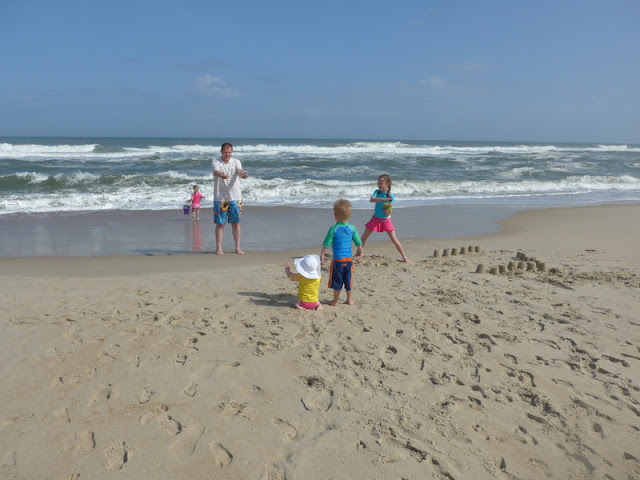 He scooped her up and walked backwards into the water with her. She was as calm as could be until she noticed the waves rushing in all around her—and then she panicked a little. 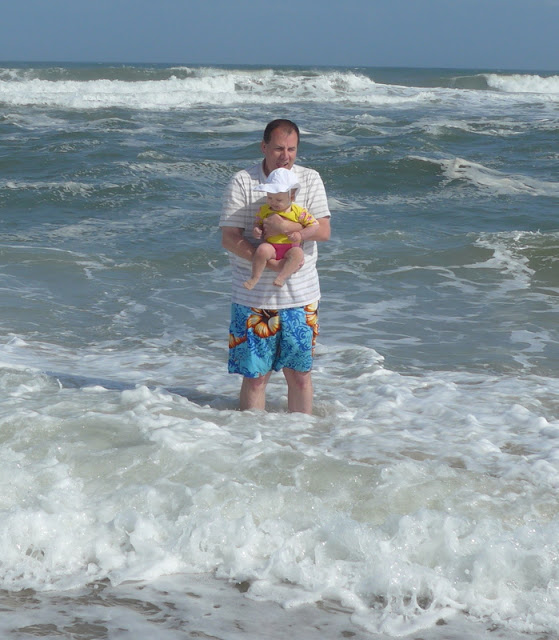 She was more than happy to go see Grandma after that because she knew that Grandma wasn't going to take her into the water. Grandma's sensible enough to avoid such frigid waters. 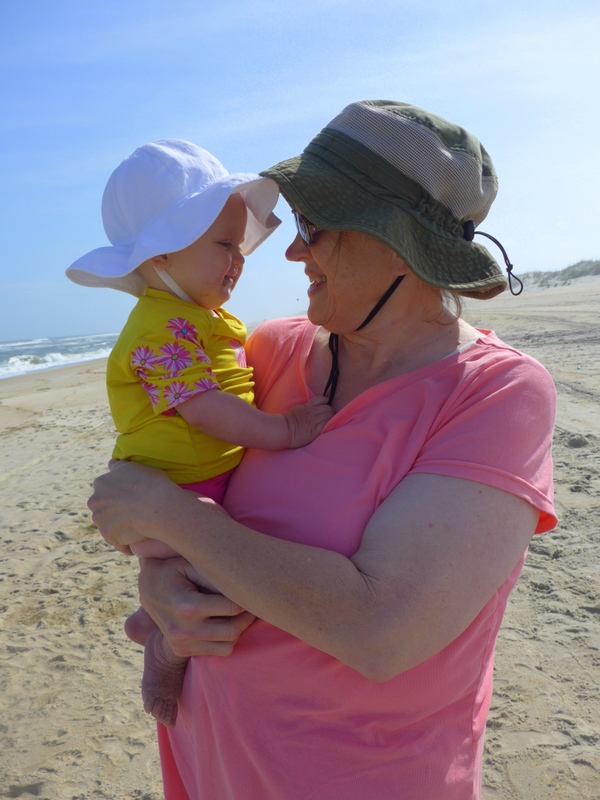 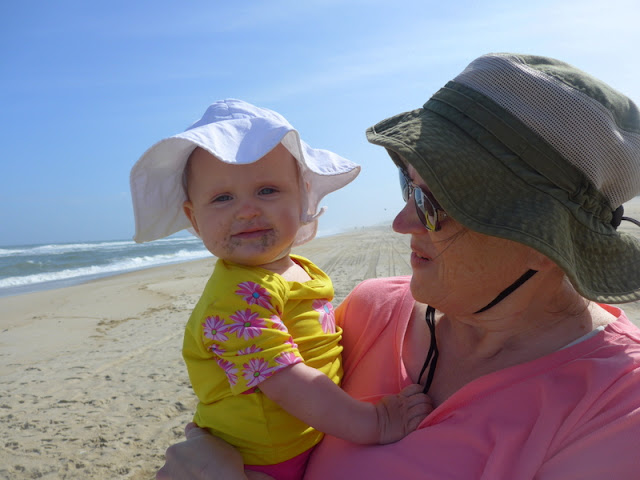 Even after snuggling with Grandma, though, this poor little baby was still so cold on our windy, windy beach, so I took her back to the beach house for a nice warm shower.

The one we stayed in is the green one on the left: 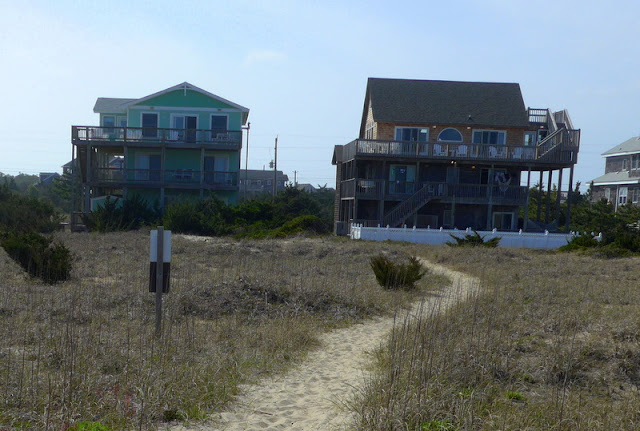 Everyone else wandered back soon after Zoë and I called it quits. And those were our very last moments on the beach. I was hoping to get one last look in the morning, but...
Posted by Nancy at 11:06 PM