Daddy mowed the lawn this weekend so with our jungle-like yard tamed the kids have been spending more time playing outside.

We got the small set from some friends when they moved (thanks Alders) and though it had a good run when Benjamin was smaller, it's spent the better part of a year feeling rather neglected. Benjamin's interest in it has rekindled now that Zoë is big enough to play on it (and so the big-kid-sized play set is sitting neglected in the background of most of these pictures).

Zoë prefers climbing up the slide and ignores the ladder/stair part, which I thought was kind of funny: 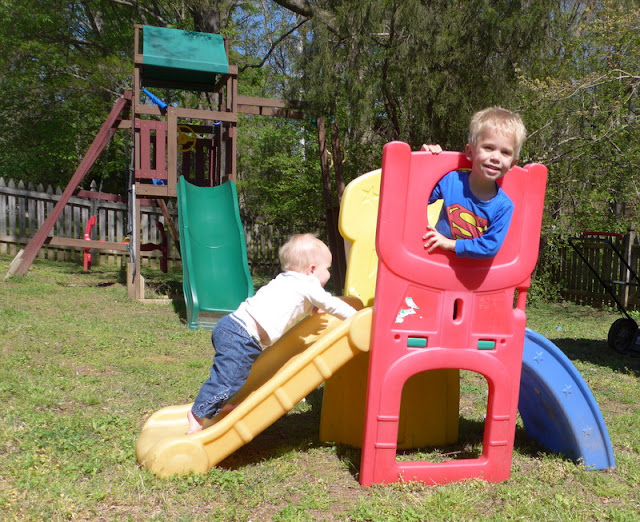 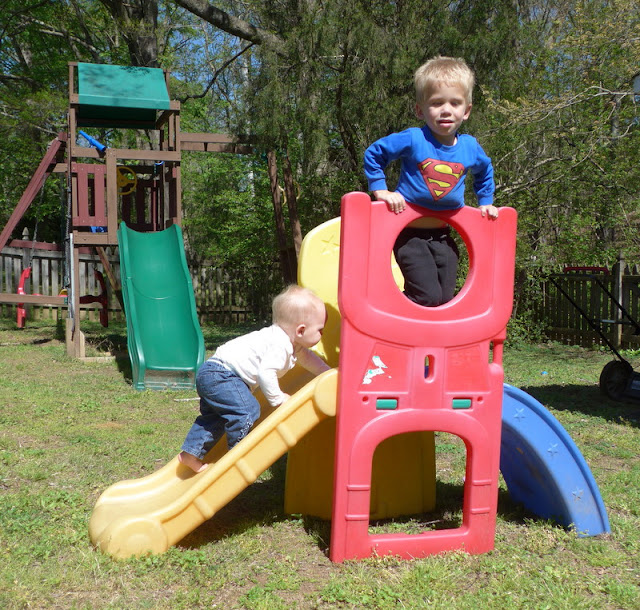 Here's Benjamin swinging like Superman (I thought I'd put this shirt in the too-small pile but somehow it found its way back into Benjamin's drawers): 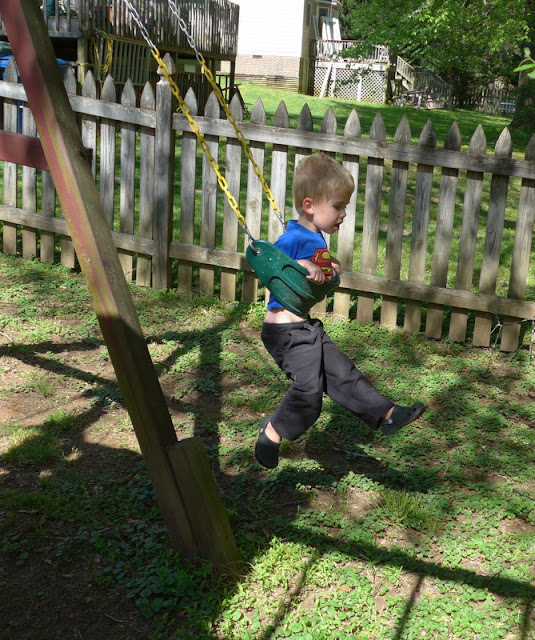 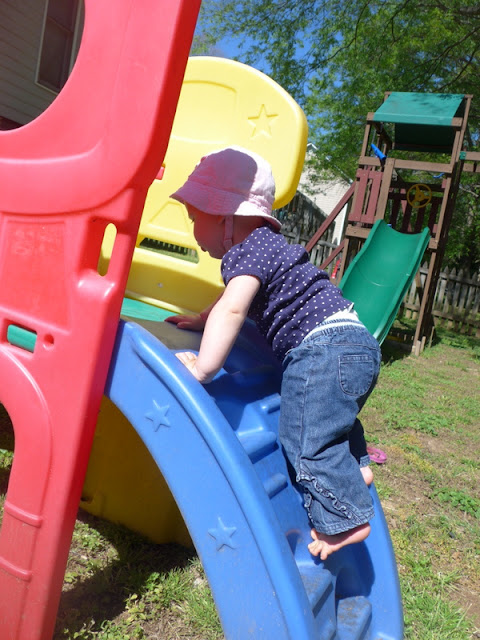 She really enjoyed hanging out up top, moving from the red side to the yellow side and back again. 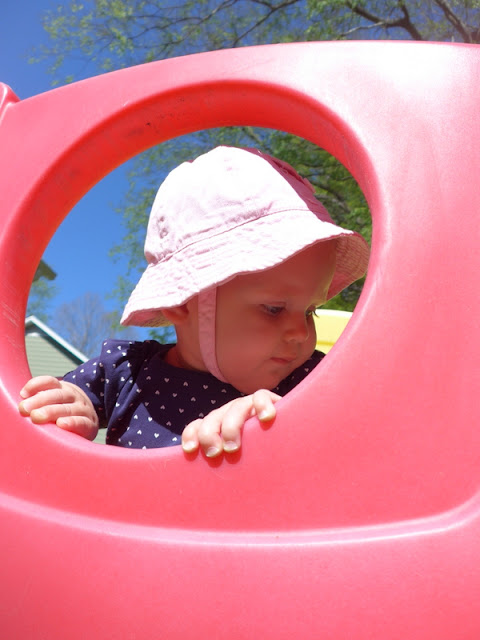 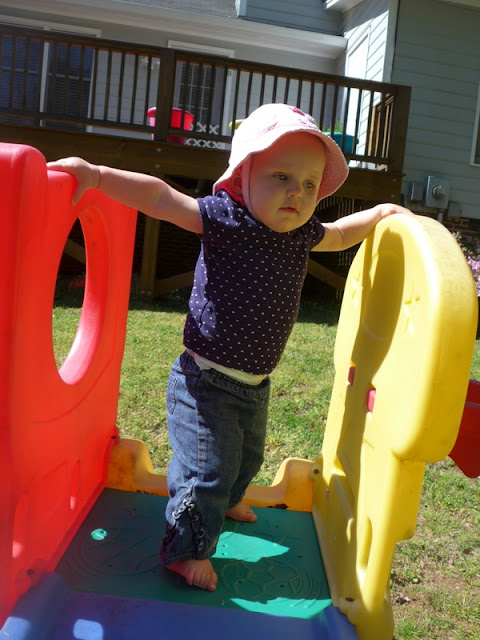 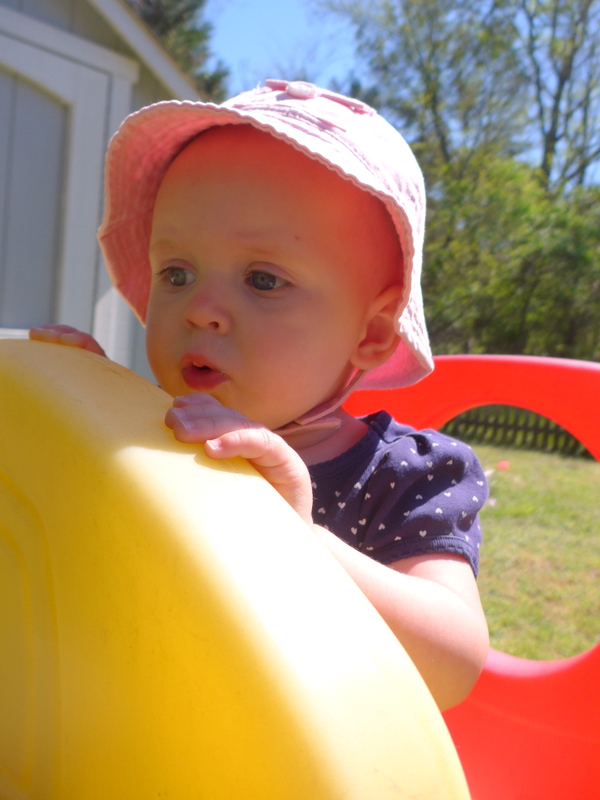 Here she is considering sliding down headfirst (she ultimately decided that wasn't a wise idea (though she's pretty good at sliding down backwards)): 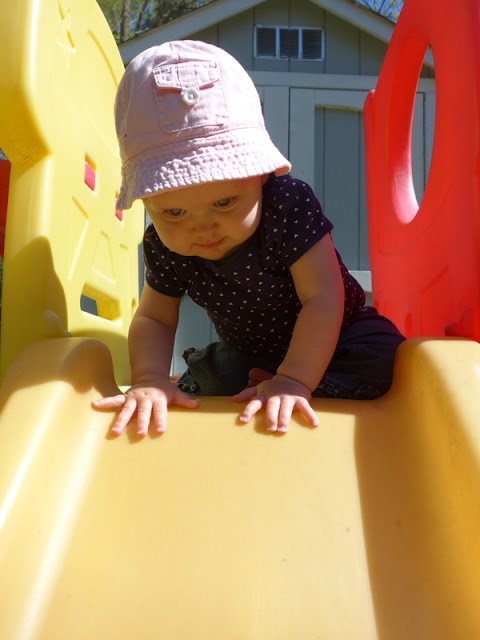 Zoë had to stand on her tippy, tippy toes to see over the side, and then she lifted up one of her feet. She's still so wobbly that I was feeling a little nervous that she'd take a tumble but she managed to keep her balance. 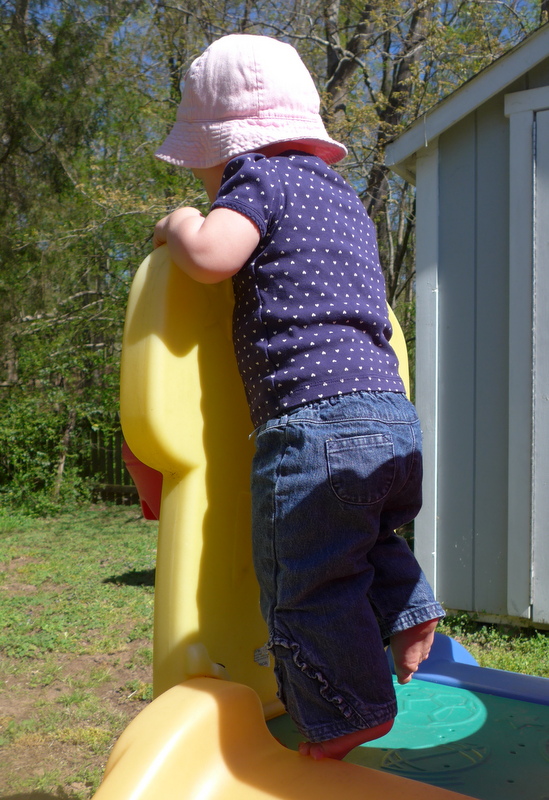 Here are a few pictures of the kids playing in the peep hole: 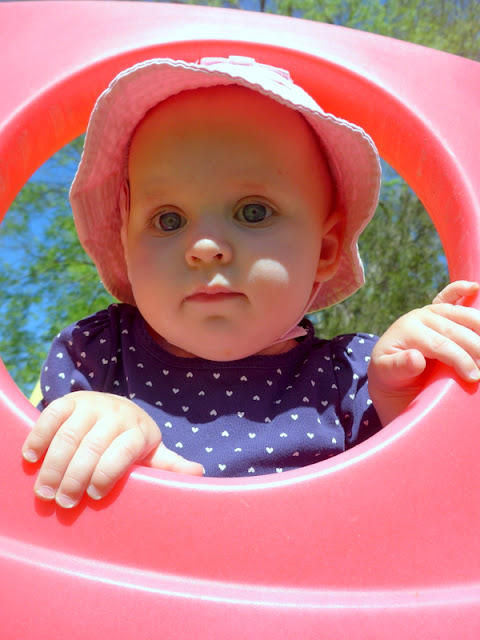 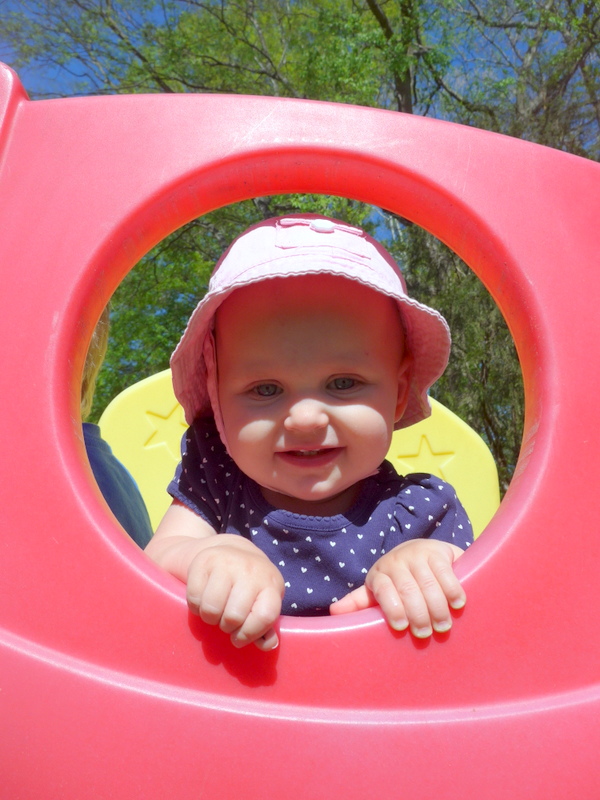 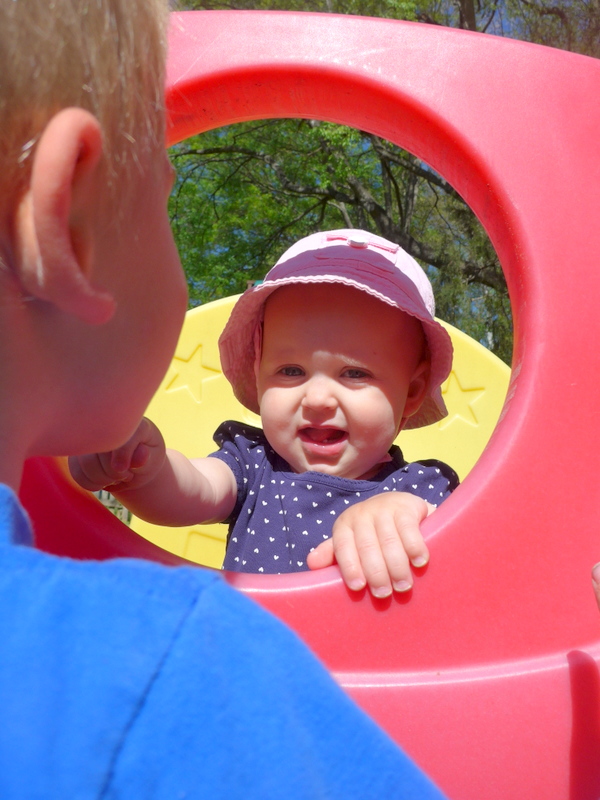 Finally, here's Benjamin showing how he can "jump down the whole slide without sledding at all!" 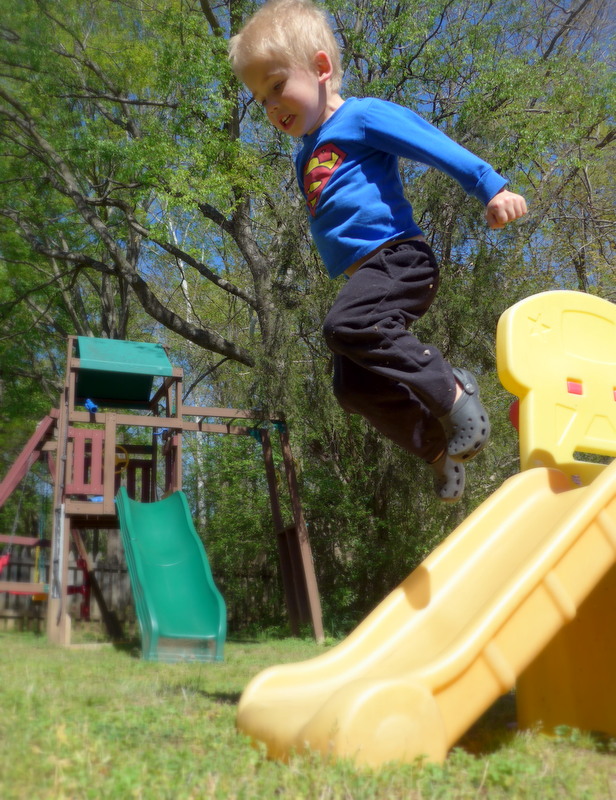 He said he wanted to try jumping down the big green slide next, but I strongly discouraged that idea.