I have been trying to collect houseplants immune to my negligent nature. So far there have been many casualties, but the orchid Andrew gave me a few years (!!!) ago is still alive so I've slowly been gaining confidence.

I sprouted an avocado tree a few months ago. It's still sitting in a jar of water because I'm too nervous to put it in soil because it's beautiful and I don't want to accidentally kill it so it will probably be in its jar for a while... But hydroponics is a thing, right? Hydroponics is even kind of trendy right now, I think, and I'm nothing if not a trend-follower (ask my completely up-to-date wardrobe ("Hello, the early 2000s are calling.")). 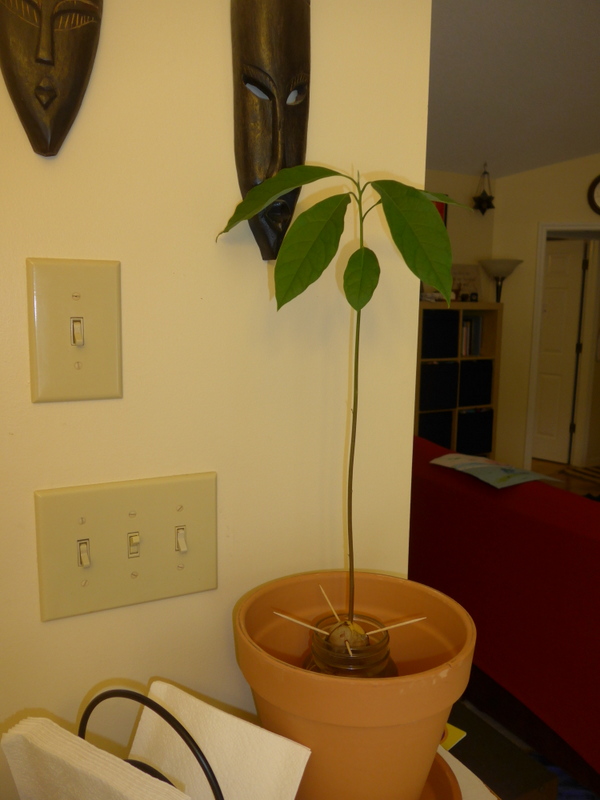 I bought a little succulent plant in a magnetic pot. I have no idea what it is but it happily (still) lives on my fridge. My air plant (purchased at the same time as the succulent) is not doing too well (though I think it may eventually make a recovery). The two little money trees I got for Valentine's Day this year are still alive (and, yes, in this house keeping a plant alive for three months is an accomplishment).

This past week, Danielle (in Andrew's program at Duke) sent out an email asking if anyone wanted to take some houseplants off her hands. She had a few spider plants up to grab, so I said I'd take one of those. She also said something about a "mother of millions," which I thought was a little nickname she had for her spider plant, which she said had been producing baby spider plants like crazy.

She emailed back to ask if I'd also like to take a "mother-of-millions," which, again, in my quick reading of her email I'd assumed was a nickname for her spider plant. But as it turns out, there's actually a plant called mother-of-millions, a rather hardy (and fascinating) succulent that I agreed to give a home to. It grows little baby plants in a neat little fringe on its leaves and when they're ready to take on the world they drop from the mother plant and start growing where they land. 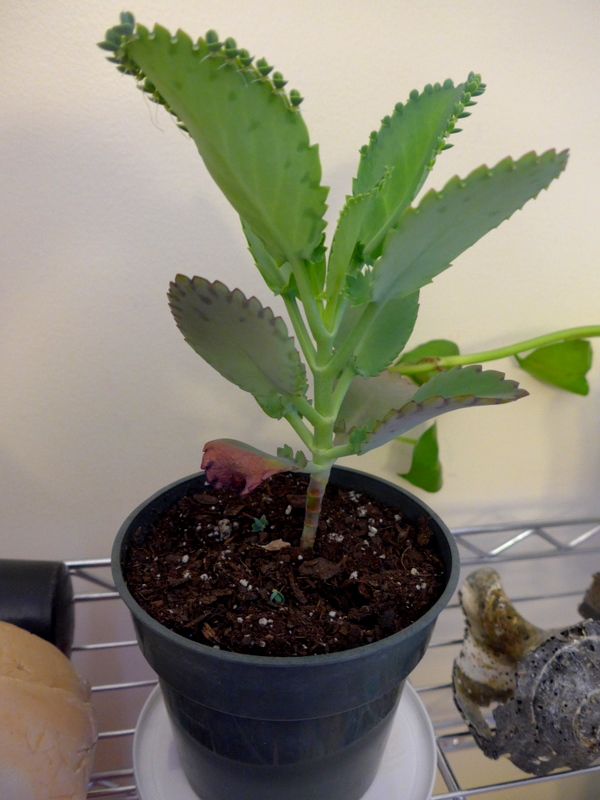 It's so beautifully symmetrical I can hardly stand it. 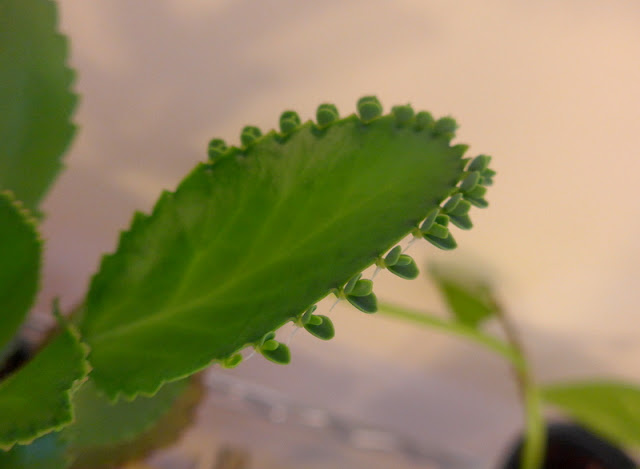 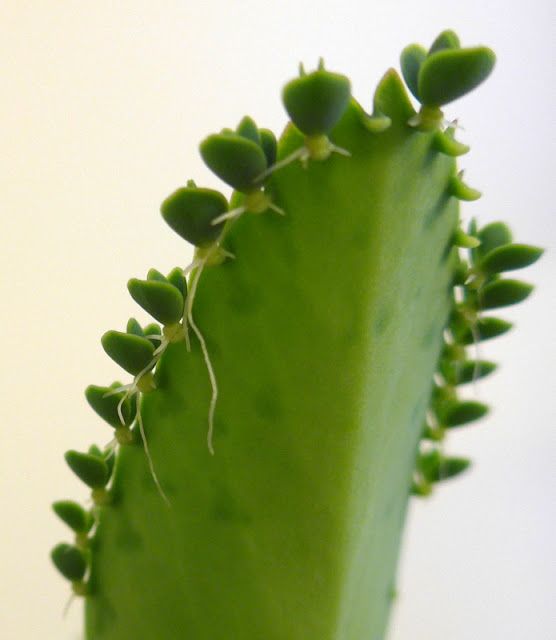 I also scored a philodendron. We will see how they do. (Thank you, Danielle!)

Anyway, yesterday morning Rachel asked if she could start turning her bedroom "into a jungle."

"Dad said that if you cut of a piece of this plant [philodendron] and put it in a pot of dirt that it will grow roots. Can I do that?"

"Well," I said. "You can take cuttings from this plant...but these are cuttings that have just been planted so I don't think we should be taking cuttings from them yet. We have to let them get established. But these baby mother-of-millions look almost ready to be on their own and I don't mind if you try to grow some of those."

"Can I put some dirt in a pot and plant some right now?" she asked (on my first Sunday morning (of many more to come) getting the kids ready and off to church solo (because that's exactly what I want to do on a morning like that)).

"You could," I said, "If I had any pots left. Wouldn't it be nice if someone hadn't thrown all my clay pots off the balcony and broken them to smithereens?"

Rachel quickly, and justly, blamed our current lack of pots on Benjamin, who, over the course of many months, managed to systematically destroy all my clay pots (used for a failed herb garden; don't judge) by throwing them over the railing of the deck onto the ground below. It took months because I try to keep a pretty close eye on that mischief maker, so he only ever managed to toss over one or two pots at a time before being stopped and punished...only to repeat the same "activity" a few days/weeks later.

"What?!" Benjamin said indignantly. "I didn't do that!"

"Uhhhhh..pretty sure you did," I said.

"Nope," he said defiantly. "I didn't break all of them. One of them just wouldn't break. It was a pretty hard one. So you've still got that one."

Not for lack of trying.

So apparently I still have one lucky pot left. Perhaps we can plant a mother-of-millions for Rachel after all so she can start turning her room into a jungle.

Although we had a few fun houseplants growing up (we had a couple of trees of some sort that we left behind in BC and in Alberta we had a spider plant and a little ivy plant my brother planted) houseplants really remind me of my grandma. She had a green thumb and her house was filled with beautiful plants—a miniature orange tree, several kinds of begonia, an impatiens (that I gave to her because I was afraid I'd kill it), and a fun little plant that would curl up when it was touched (a mimosa, I believe), along with some African violets, and many other fun things.

She was much more skilled at keeping things alive than I am, but I suppose in thirty or forty more years I might just be as good at tending plants as she was. As hard to imagine as that might be, it might just happen if I can find enough things that I don't kill just by never watering looking at them.
Posted by Nancy at 12:26 PM