Zoë's little bed is in our room. She hardly ever uses it, but it's there and we've been practicing getting used to it. We took the side off the crib because she thought being all caged in there was a form of cruel and unusual punishment. It's better with the side off, but she still doesn't like it. 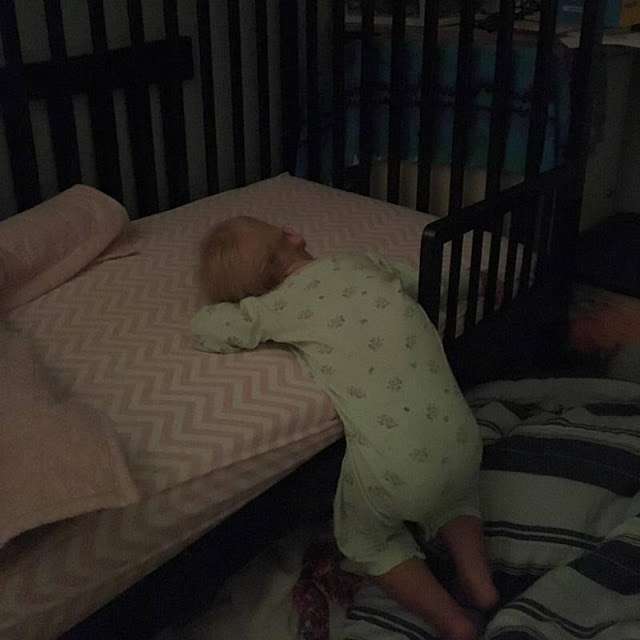 On one of her more regular nights she was up much later than her siblings, enjoying her time to roam around the house without being poked, prodded, picked up, or wrestled to the ground, when she decided she was thirsty. So she got out a cup and wandered over to the fridge and held her cup up to the water dispenser. Everyone else gets water that way so she figured she'd give it a shot. 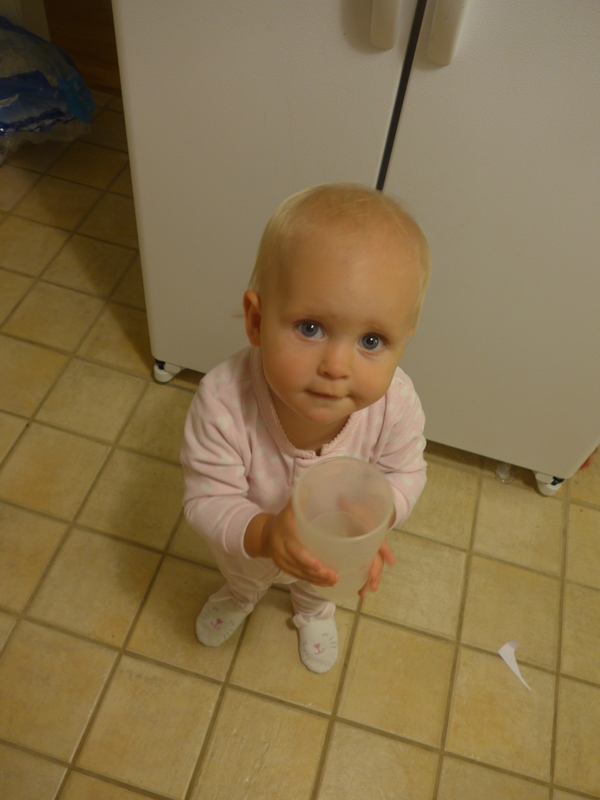 She was a little disappointed to learn she was too short to reach. That didn't stop her from trying over and over, which was once again pathetically adorable.

I did eventually get her a little drink of water. I'm nice like that.
Posted by Nancy at 12:01 AM