This afternoon we were practicing music a lot. Miriam practiced the piano, and then I had the girls practice the ukulele, and then Rachel practiced the piano. Meanwhile Benjamin and Zoë were having fun on the drum pad and chimes (which Benjamin calls a zaxophone (his own little mixture of xylophone and saxophone, I guess)). When we were finished playing we had to then put everything away, obviously, and while I was tucking the drumsticks into their case I noticed that the house was eerily quiet.

"Where's the baby?" I called to no one in particular, springing up and spinning in a couple of wild circles to see if she was hiding in plain sight. That baby's favourite spot is right underfoot, so the fact that she wasn't underfoot at the moment was disconcerting.

"Zoë!" I called, but she didn't respond.

"Where's the baby?" I asked again, and again no one responded (it's like they can't hear me, but I know they definitely can; our house is not large) but I did hear a faint squelching sound.

"The baby's in the bathroom!" I gasped, sprinting down the hall along with everyone else in the house (suddenly everyone was intrigued with what was going on).

We caught her halfway into the toilet (she had one leg inside and the other on the ground) and when she saw us she squealed and quickly finished climbing in before we could stop her.

"I guess I'll be needing the camera," I said.

There wasn't much else to be done at that point, so I took a few pictures of her before transferring her to the bathtub. The good news is, I suppose, that quite miraculously the last child to use the toilet actually remembered to flush! 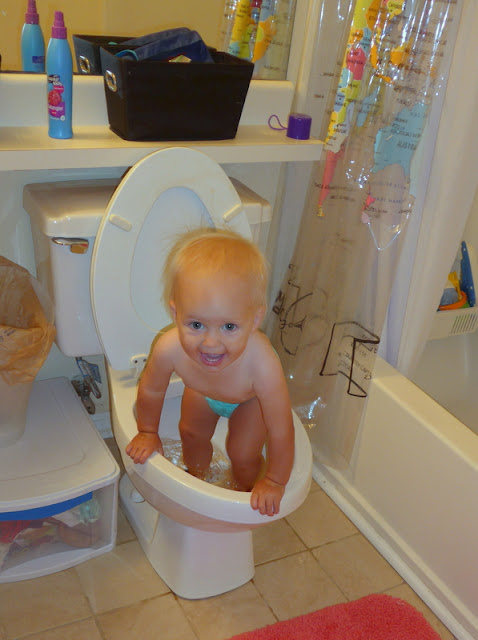 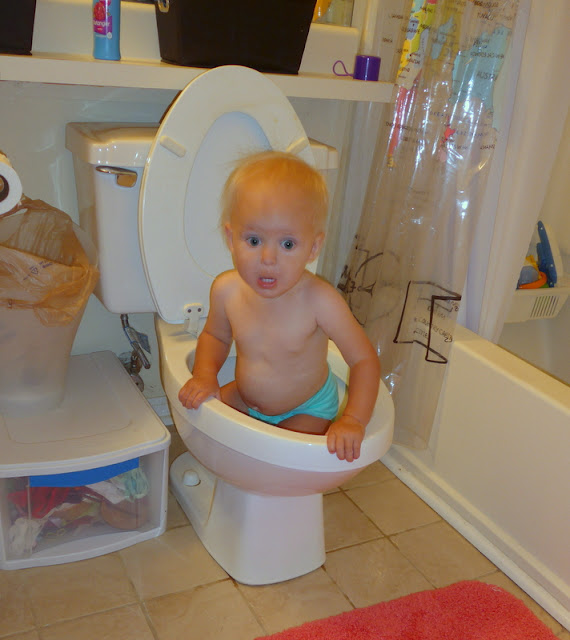 We were lucky she chose to get in feet first! 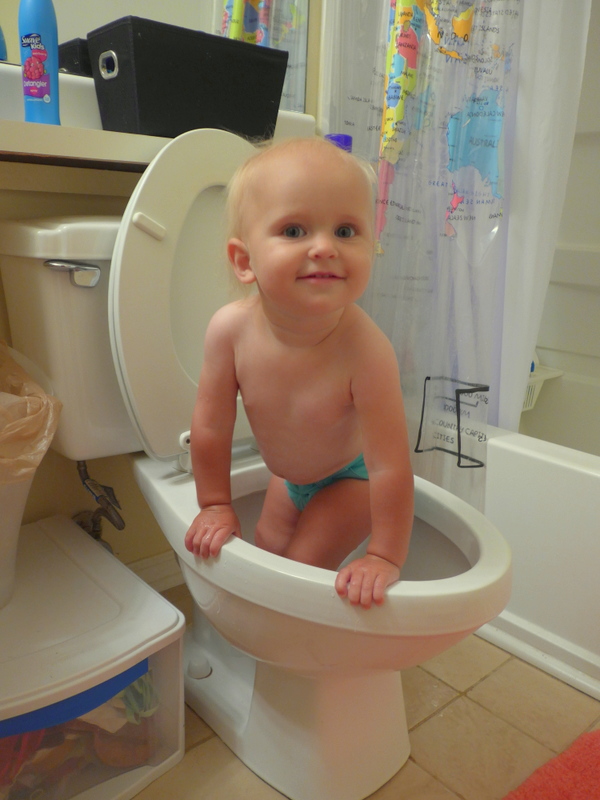 Now that she knows the toilet is as much fun as she thought it might be we'll have to be extra vigilant about keeping that bathroom door closed. 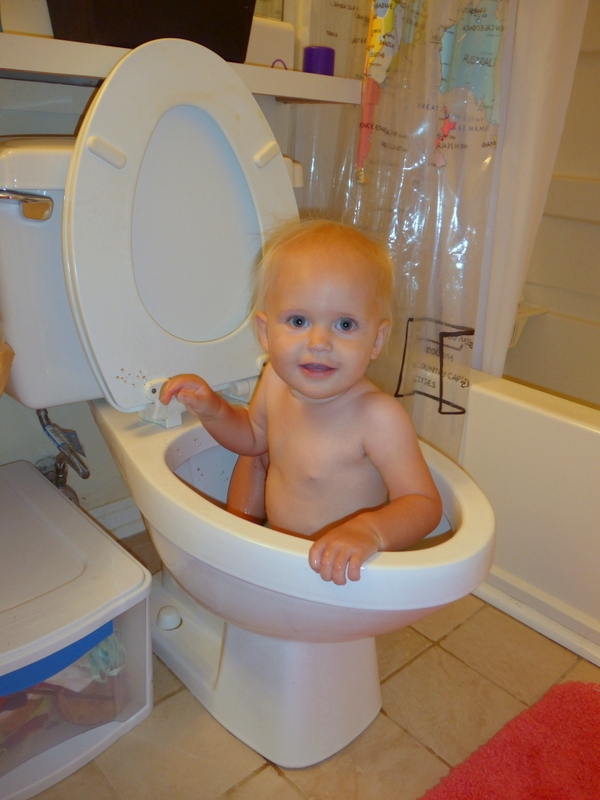 I suppose those 2.5 hours we spent at the pool today wasn't enough swimming time for Zoë; she's probably been wondering why I haven't just let her into the "kiddie pool" in our house before. 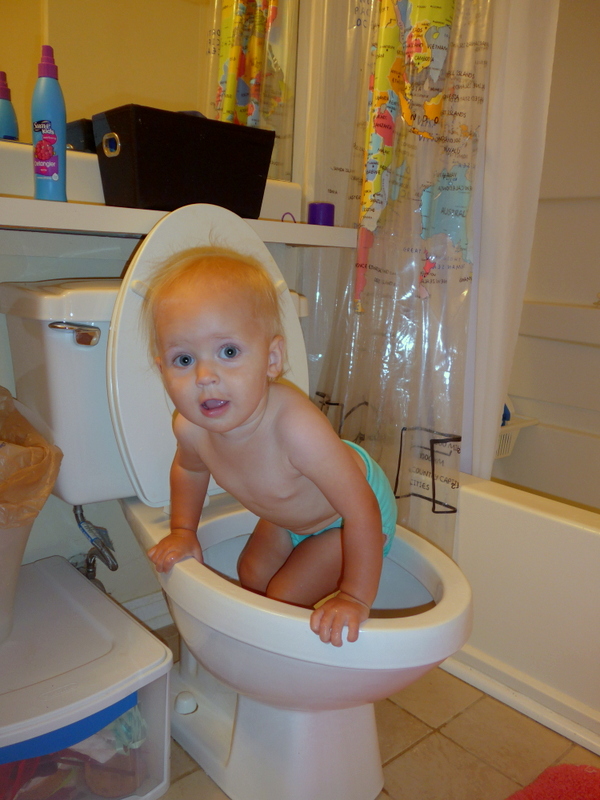 It's not like she doesn't know what the toilet is for either! She uses it several times a day (rather consistently when she wakes up in the morning and after napping, and inconsistently elsewhen)!

But who can resist the urge to swim? Not this baby who swam for 2.5 hours, then showered, and then splashed around in the toilet, and then bathed, and then had dinner and a post-dinner bath. You can never have enough swimming!
Posted by Nancy at 7:36 PM